On Sunday, the Riverside Yacht Club was the venue for a gathering of concerned citizens who engaged with a panel of economic experts about Connecticut’s tax system.

The panel believes high tax rates are causing businesses to flee the state, warning that should Connecticut not act quickly to balance its growing debt, the state could face a fate similar to Detroit.

“It’s unfortunate that that kind of comparison is even relevant, but unless all of us work together to take the steps that we need to, to reform a lot of structural  problems in our state, Detroit is a possible symbol of things to come here in Connecticut,” said Carol Platt Liebau, the President of the Yankee Institute for Public Policy.

“Given the preeminence of hedge funds in our area, we’ve partnered with the association to put on a program today that’s going to focus on solutions to Connecticut’s economic tsunami,” Tesei said. 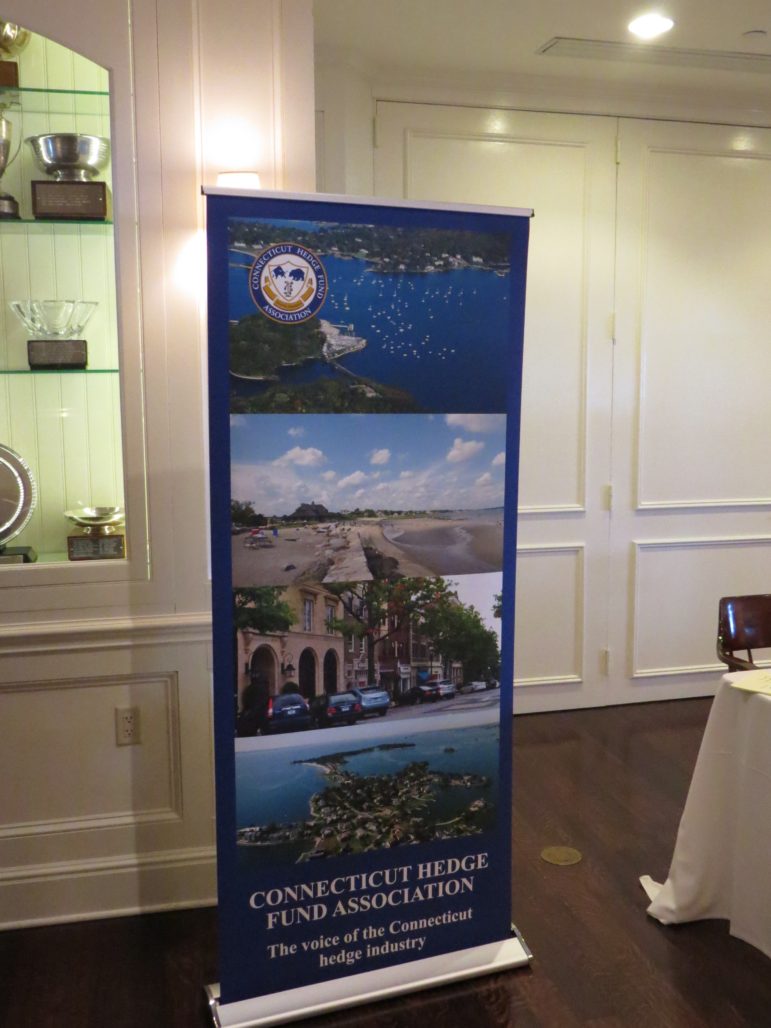 The panel emphasized their commitment to a diversity of ideas from both sides of the political aisle.

“The clock is ticking, and if bipartisanship is dead, that’s too bad, because we need to put lots of ideas on the table and see if they can come together,” said Larry Kudlow, acclaimed journalist and moderator.

The panel found that not only high taxes we’re causing businesses to leave Connecticut, but the amount of taxes. A company setting up shop in Connecticut can be expected to pay over 300 different taxes.

A feeling of optimism hung in the air despite warnings of an impending economic tsunami.

“Connecticut right now ranks as the second largest center for hedge fund capital behind New York in the United States, and third in the world after London,” said David Burke, vice president of the Connecticut Hedge Fund Association. “There’s a reason firms move to Connecticut, they want highly educated employees, they want great schools, they want proximity to global travel.”

For further information about the committees economic plan check out the Yankee Institute for Public Policy website.