On March 3rd, 5th and 10th, the Greenwich High School fencing team traveled to the Hopkins School and East Lyme High School to compete against the top teams in the state. 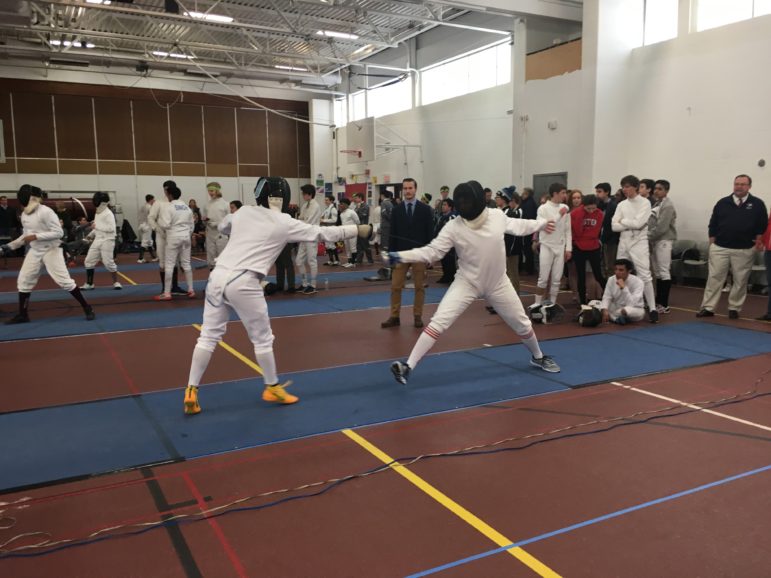 March 3rd and 5th were the dates of the individual competition rounds at the Hopkins School. The top fencers in their weapon for each school competed individually in a tournament designed to rank the fencers on a state level.

Six Greenwich High School fencers won medals through placing within the top 8 of their events at individual states.

“Everyone worked really hard, and I’m proud of everyone for all they’ve done,” said GHS coach Donald Grunewald.

“It was an epic day,” said coach Donald Grunewald. “We may not have done as well as we could have, but we came away with a second place trophy in women’s saber, and we all had a good time.” 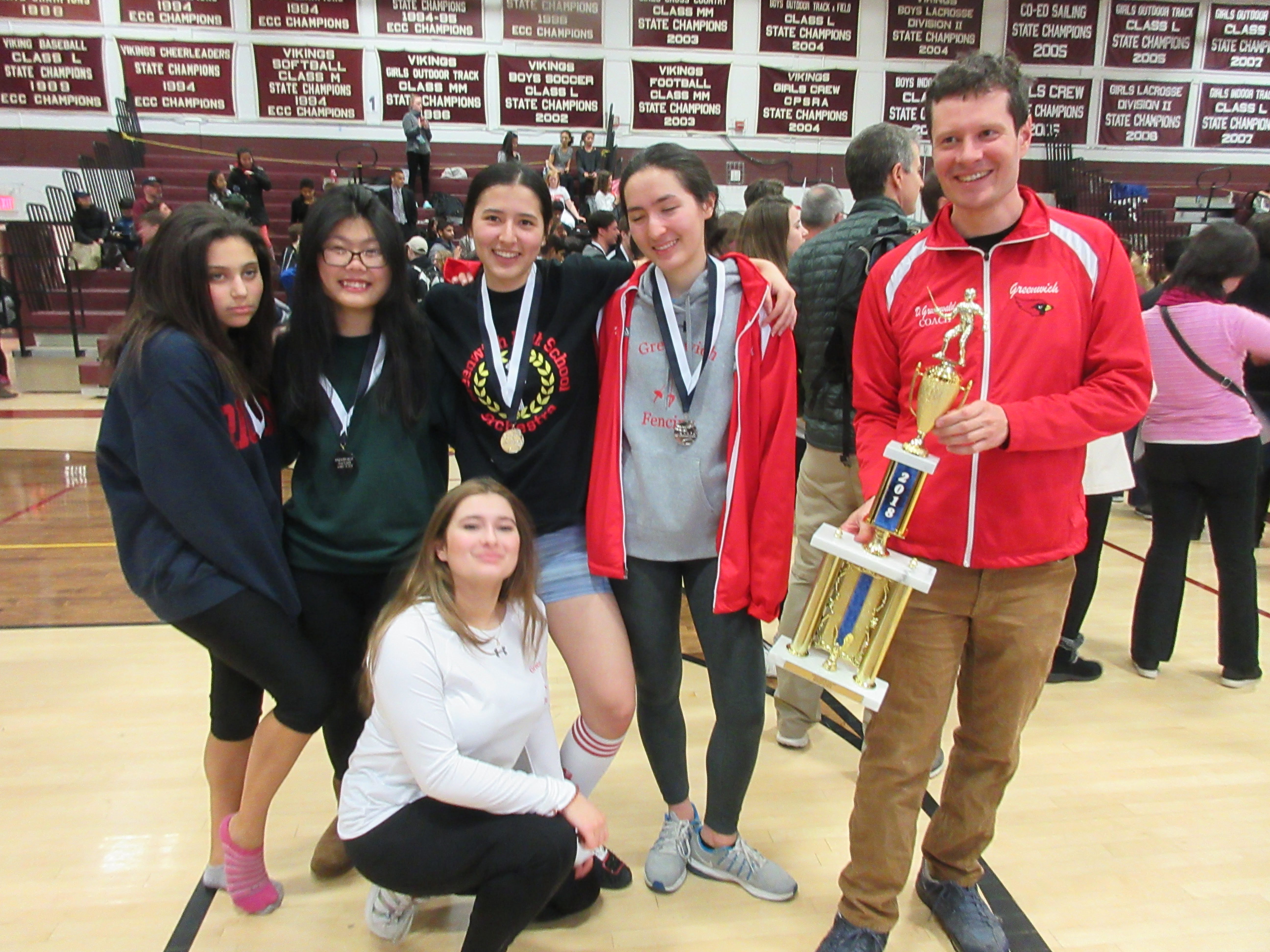 Although only the women’s saber team won a trophy for their second place win, the other teams had been anticipating a competitive match-up.

“We all fought like there was no tomorrow. In fact, my fellow seniors and I will never fence again for this high school league,” said senior Captain Koh Kobayashi. “We decided to retreat no more but to only advance and lunge into our future goals.” 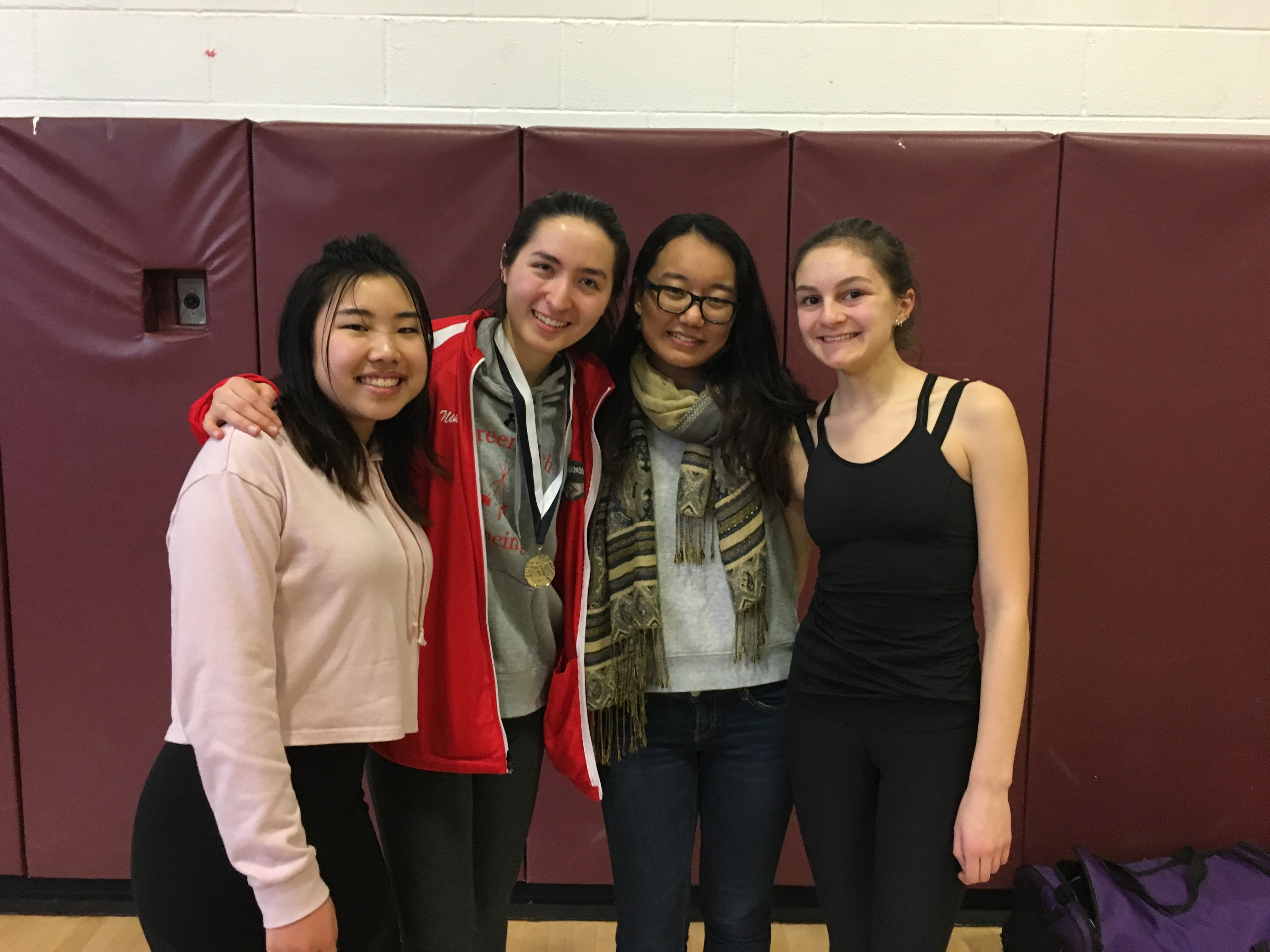 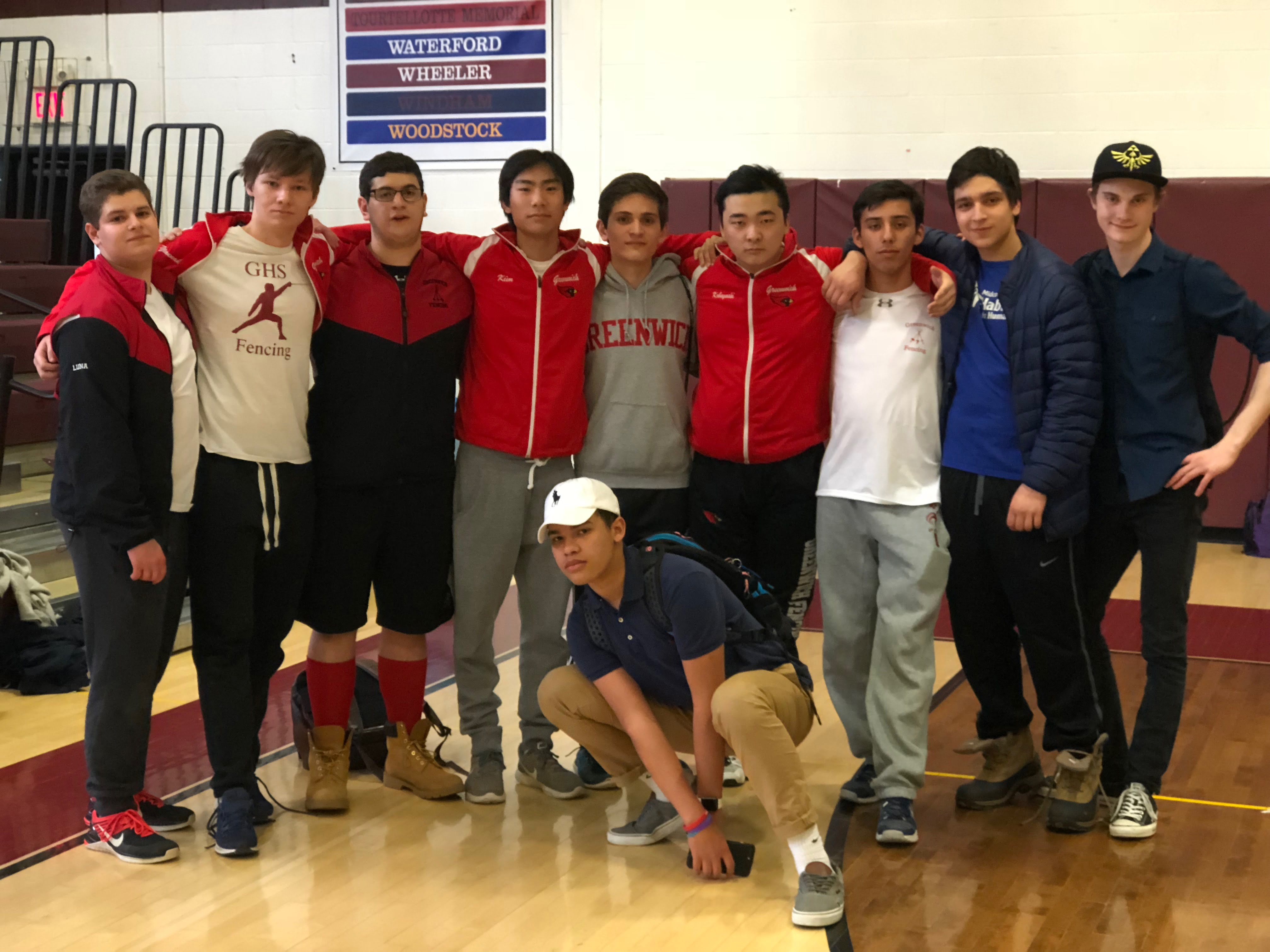 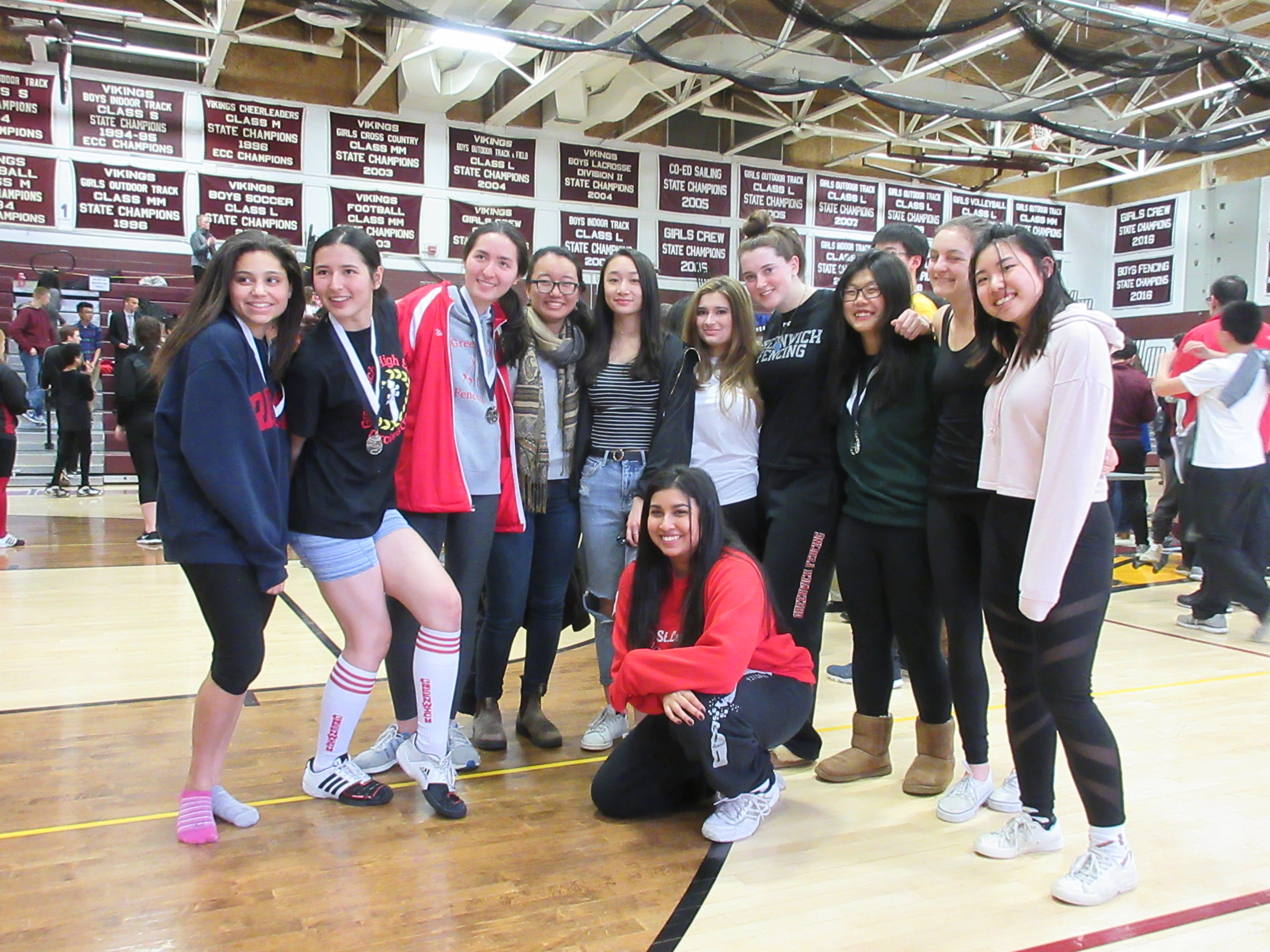 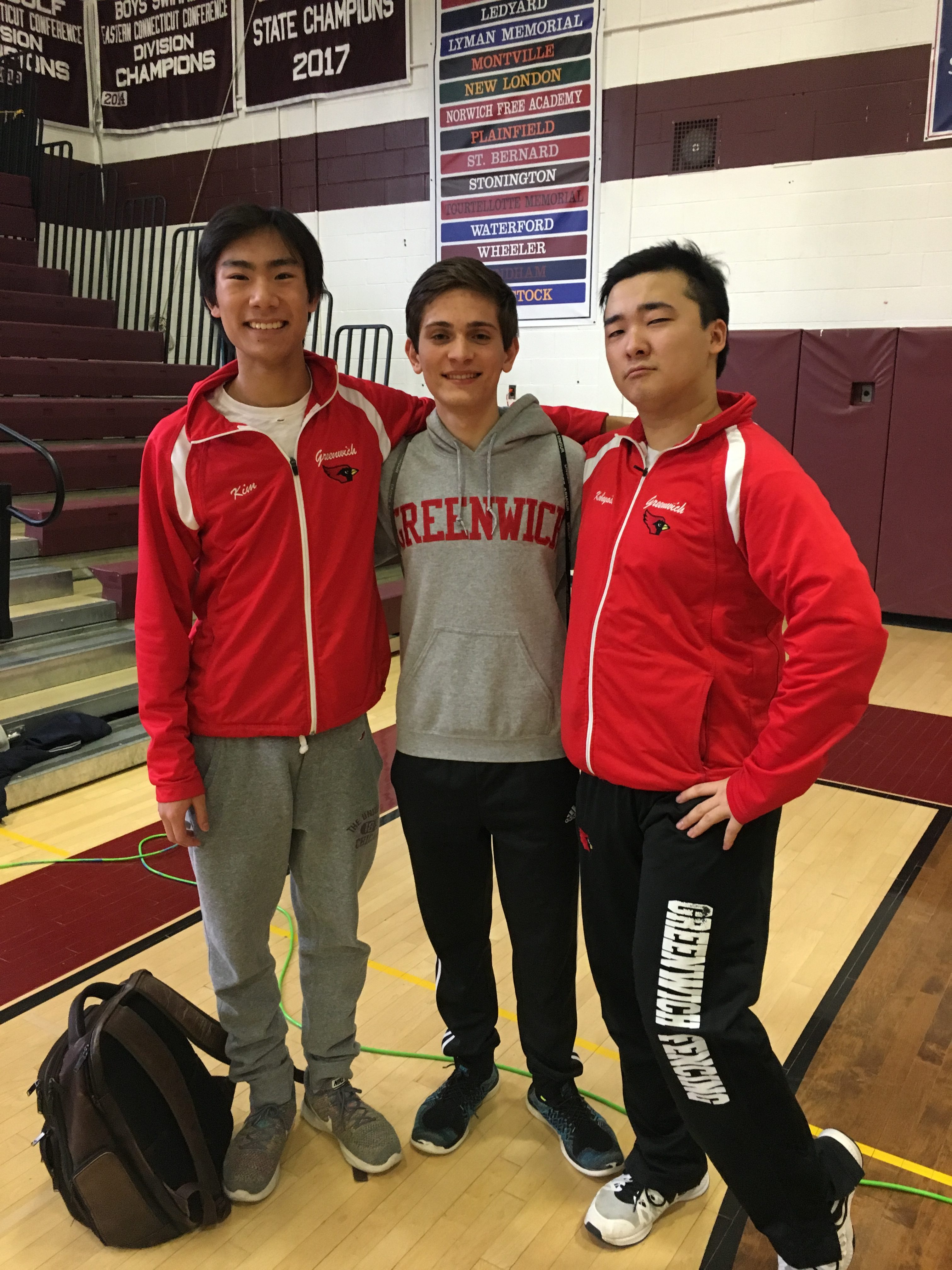 Senior members of the men’s foil team, (from left to right) Noah Kim, Anthony Neri, and Koh Kobayashi at the team state competition.