During a Jan 11 meeting on a Dept of Public Works request to remove 21 trees in and around a stone bridge in Pomerance Park, residents balked at the prospect of a major construction project to upgrade the dam into which the bridge is intertwined.

There was collective surprise that the DPW had not held a public hearing on the overall project, which involves construction of a concrete basin and replacement of the dirt edge and back slope of the pond with industrial rip rap.

DPW civil engineer Sean Cardwell said DEEP was insisting the town take down the trees. “We will restore the area the best that we can,”he said. “

DPW Deputy Commissioner James Michel, who said the dam upgrade has a price tag of $480,000, said the idea is to be prepared for a 100 year storm.

During the Jan 11 meeting, tree warden Bruce Spaman who expressed issues with the industrial look proposed for the dam, said he would issue his written final decision on the tree removal within 3 days.

On Tuesday, Spaman issued notice of his decision to grant removal of the minimum number of trees necessary to renovate and reinforce the dam at Pomerance.

However, he made several stipulations:

1. That the trees be replaced one for one, with species size and planting locations approved by the tree warden.

2. That trees be protected during construction activities

3. That DPW consults with Conservation Director as to rare, endangered or uncommon species may be impacted and plan for their protection and preservation

The trees have diameters ranging from 8 to 30″ and include Red Maple, Norway Spruce, American Beech and Tulip Poplar. The tree heights were estimated to be upwards of  60-70 feet.

“Tree removals for this project amounts to clear cutting the dam from the water’s edge of the pond to the toe of the downstream slope,” Spaman wrote, adding that the DPW had explained the need for the tree removals in order to prevent property damage to residents and land owners located downstream in Cos Cob.”

Spaman said, further, that the removal of the trees assures that if a tree or trees fall, it won’t breach the dam and potentially cause property damage or personal injury to downstream residents.

“It is our belief that trees on streets, in parks, school campuses, open space properties, woodlands and at town facilities all constitute what we call Greenwich’s Community Forest,” Spaman wrote, adding, “The Community Forest also needs to be safe for its residents and strive to be compatible with necessary town infrastructure improvements such as roads, sidewalks, buildings, underground and overhead utilities. These trees often grow in extremely difficult conditions and hard decisions need to be made.”

Anyone aggrieved by his decision can appeal to Stamford Superior Court within ten days.

DPW hopes to start in summer or fall of 2018 and finish within three to six months. 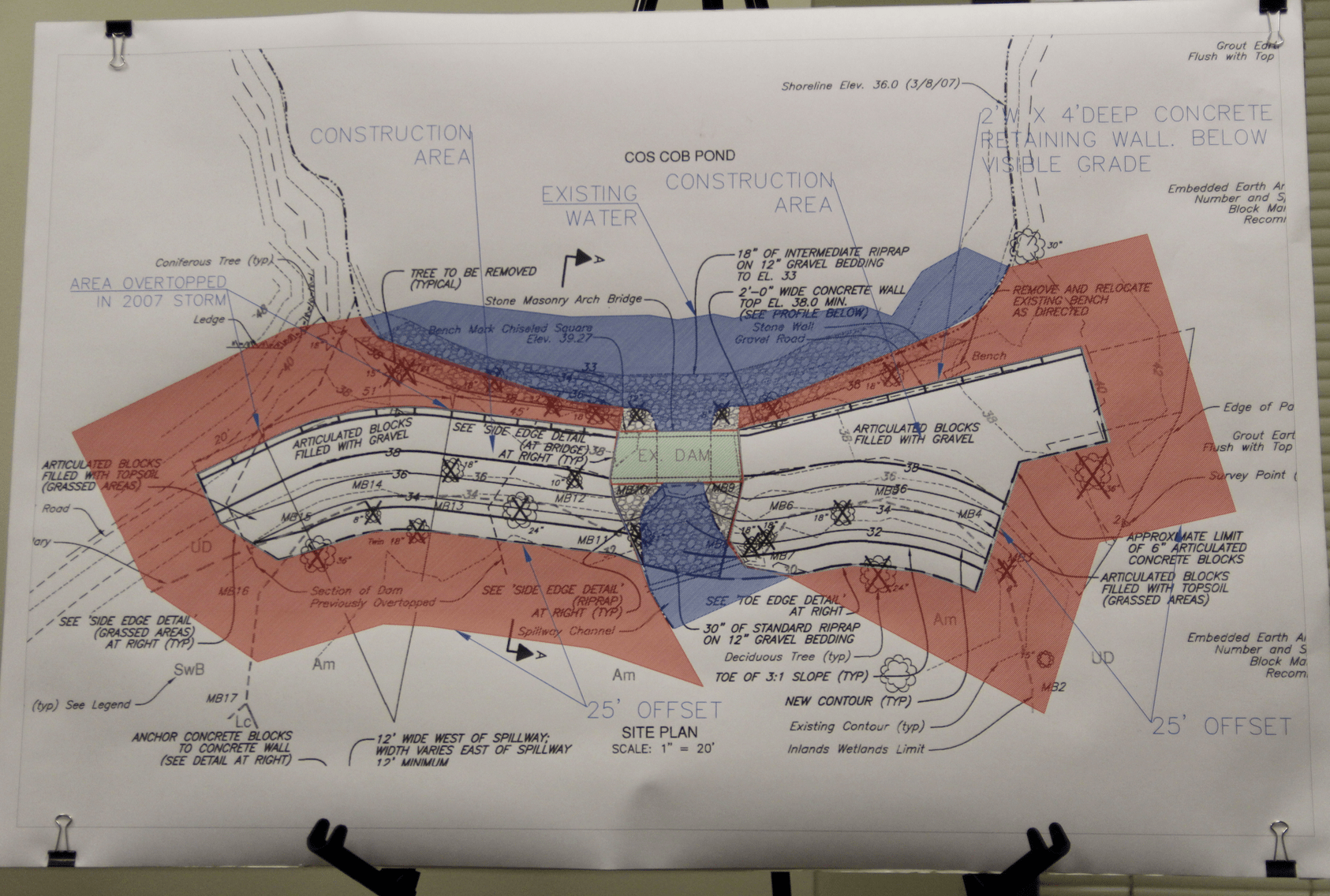