The Planning & Zoning Commission on Tuesday voted unanimously to move forward a preliminary application to redevelop the former Friendly’s restaurant site in Cos Cob, currently home to M&T Bank.

The regulation requires 20% of the units be reserved for moderate income tenants.

(The application was submitted before the commission’s moratorium on Section 6-110. The commission is rewriting the section.) 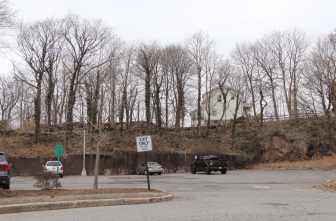 Losing mature trees on the property had been a concern of the commission, and a neighbor, Michael Burke of 11 Field Rd, whose lot is up a steep ledge behind 100 East Putnam, testified in March that he was concerned about the fate of the stone foundation of his vintage house and barn during blasting out chunks of ledge. Mr. Macri in particular had expressed concern about the stand of mature trees established in the steep hill that the applicant proposed to cut down. During the the April 21 P&Z meeting attorney Chip Haslun said his client Andy Toth had hired an arborist to assess the condition of the trees and met with a neighbor who agreed that all but one were in poor condition.

Since the April P&Z meeting, the applicant revised the roof parapet design and reduced the height by about 4-1/2 feet.

The roof layout was revised to move occupied space further from Taylor and out of sight from East Putnam Ave.

Architectural modifications to the retail spaces on the first floor included the addition of divided lite transoms, removing canopy overhangs and changing panels from dark brick to white.

These changes were in response to criticism at the previous meeting on April 21 that the building was still too tall and bulky.

At that April 21 meeting, the commission surprised the applicant by saying their views had evolved, partly in response to their work on revising section 6-110, and they had grown reluctant about the height and bulk of the building.

Attorney for the applicant Chip Haslun said the push back was unfair, given that it was their third meeting before P&Z, and the applicant, Andy Toth, had closed on the property.

“We’ve been at this particular project almost 2 years and every inclination was that we were on the right path,” Haslun said.

At that meeting commissioner Andy Fox said that while it will be ARC’s job to make sure the building fits into the character of the neighborhood, the commission had been clear they did not want the building to look like CVS, but rather more like the row of shops that includes Fleisher’s Craft Butcher and Fjord Fish market.

“It is not illegal for a commission to change its mind before a vote,” P&Z chair Alban explained. “As thinking progresses on a topic, even if you say you’re okay with something at one hearing and you then feel differently at the next, if you have not voted, you’re allowed to have your thinking change.”

Under the moderate housing section 6-110, the applicant has the right to ask for up to a .9FAR.

That is significantly more than the .5FAR that is permitted in the underlying zone.

In addition to the building’s bulk and height, traffic issues at the corner of Taylor Drive and East Putnam have been a concern.

Public input has focused on the pedestrian aspect of that intersection. So, while the Dept of Public Works’ input was to recommend adding a third traffic lane to Taylor Drive, residents objected and the lane was nixed.

On Tuesday night, the commission said the applicant would work with Dept of Public Works on the concerns about high traffic retail uses on the ground floor, such as fast food or coffee shop.

The commission said the applicant will have to submit a construction phasing plan that includes entrance and exit of construction vehicles. They must also submit a a landscaping plan and a lighting plan, and will screen the parking in all seasons with a mix of evergreen and deciduous plant materials.

Also the tree warden will review the fate of any trees in the Town’s right-of-way.

“We don’t want it to seem like a long strip of stamped-out store fronts,” said commissioner Peter Levy. “We want the store fronts to look more individual.”

“In moving this forward, it’s to say, here is the bulk of the building, let them do their job,” P&Z chair Alban said, referring to the Architectural Review Committee.

The application next goes before the Architectural Review Committee for review of style and design, and will return later to P&Z to seek final site plan approval.

In her debrief on WGCH Wednesday morning Katie DeLuca said about a half dozen applications had been submitted under section 6-110 before the moratorium.

“Each one has been met with significant opposition from the public, though not so much this application,” she said. “But there is generally the feeling that the amount of bulk that the applicant is permitted to request is not commensurate with the number of moderate income units that the town would get as a result.” 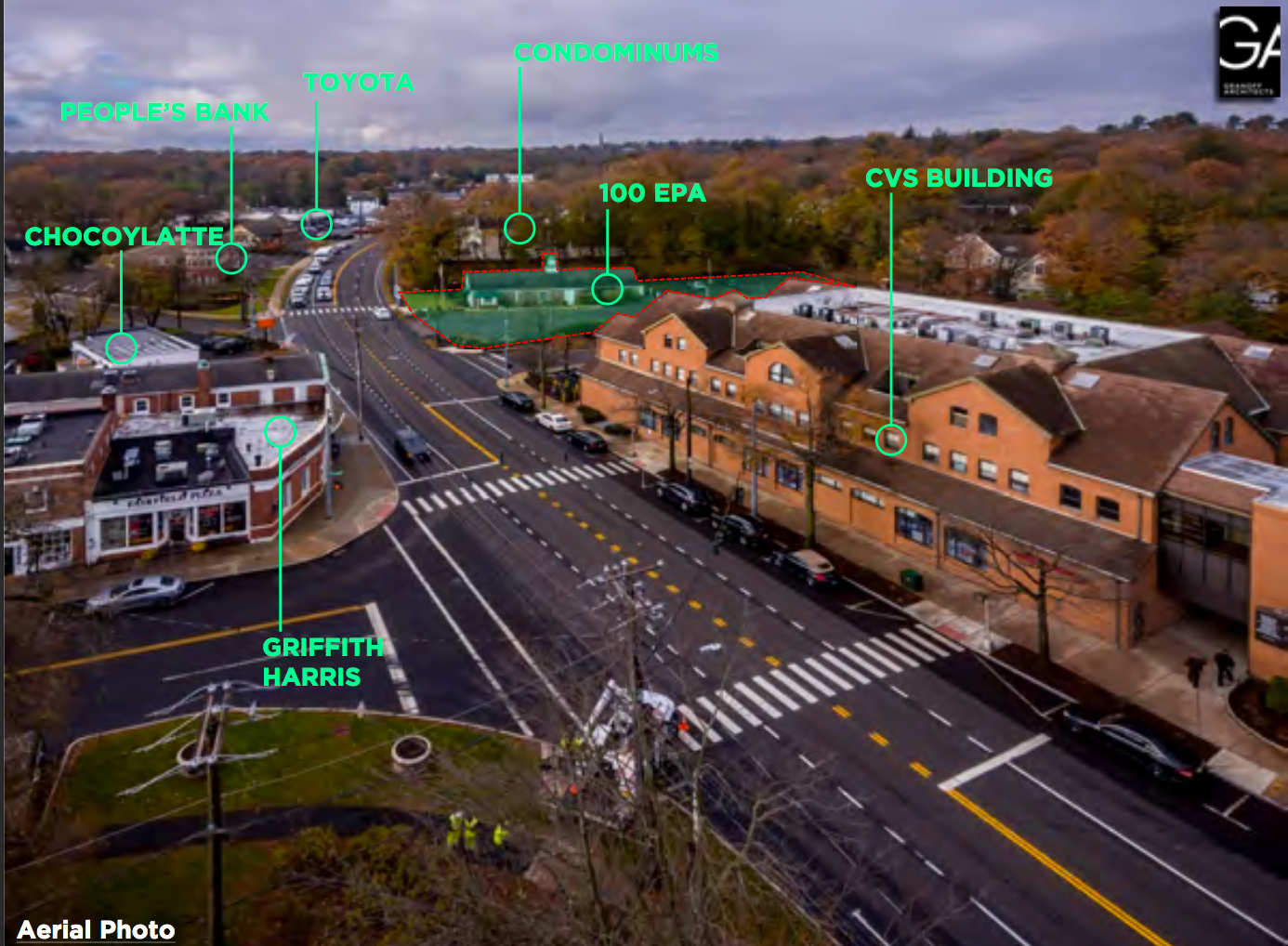