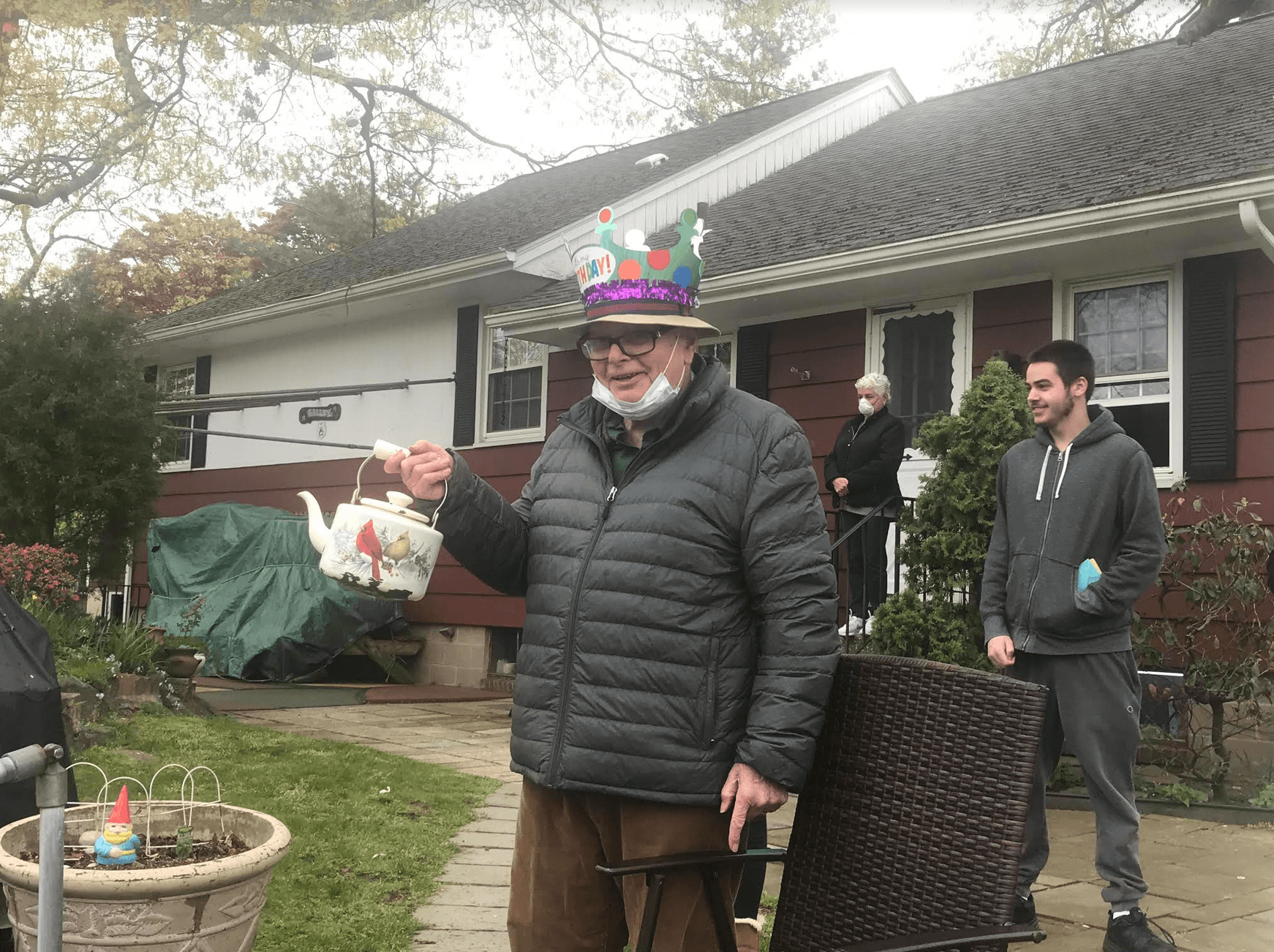 John Macri Sr with a teapot, which was one of his birthday gifts. The tree over his right shoulder is full of teapots. Why? They keep the neighborhood safe by keeping the elephants away, he said. May 6, 2020 Photo: Leslie Yager 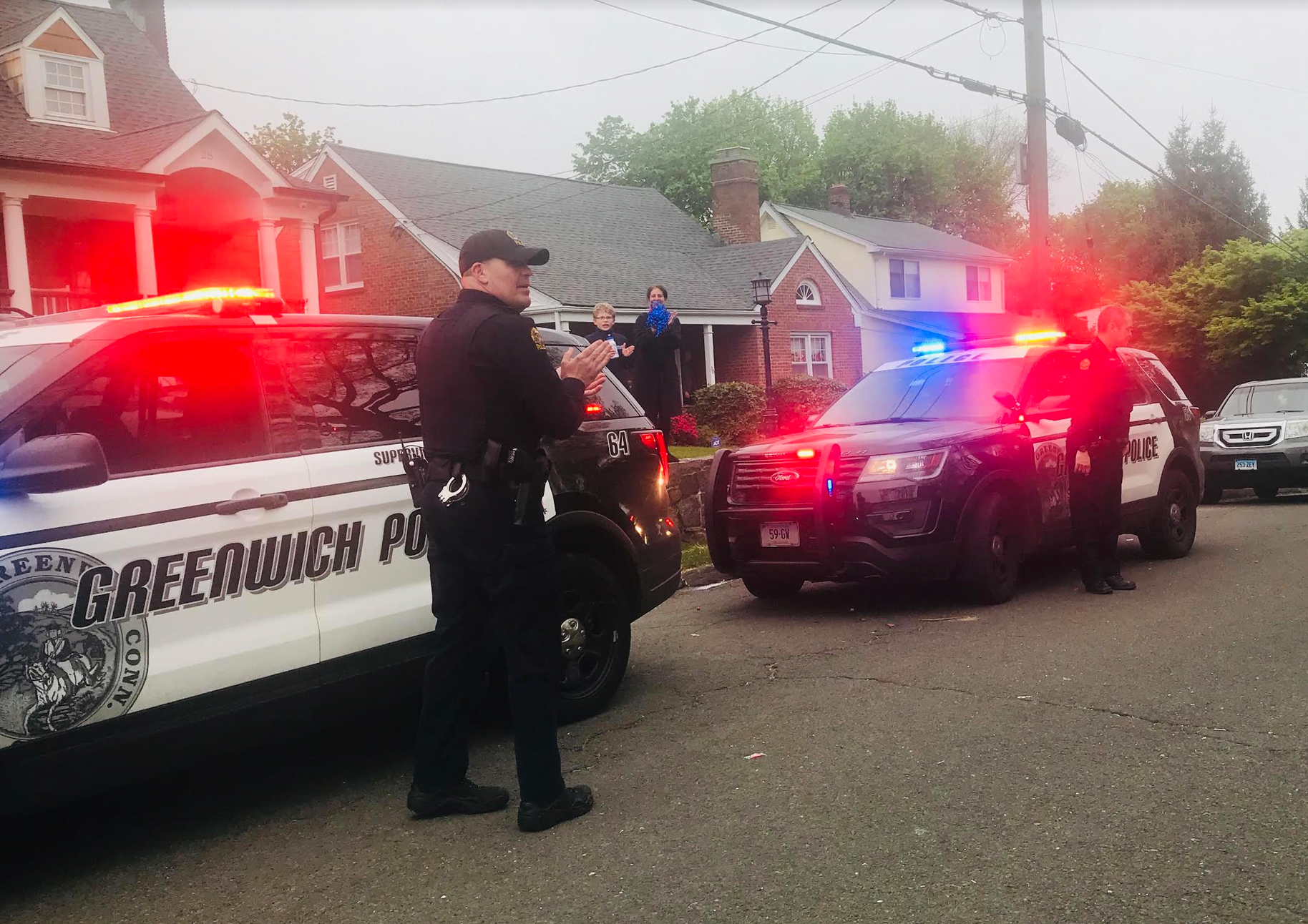 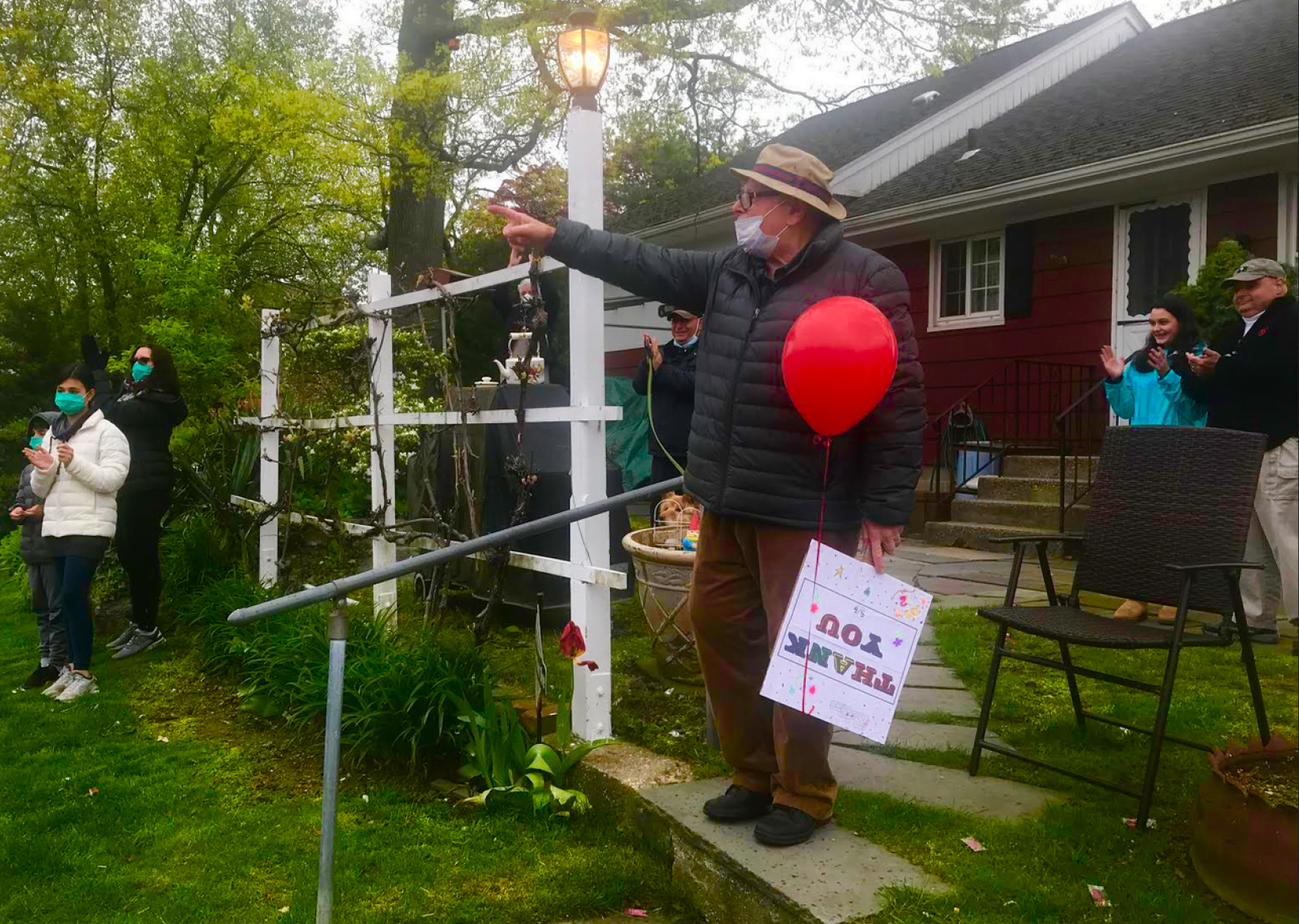 John Macri Sr turned 92 on Wednesday. He shared his birthday and a car parade from friends and family his neighbor Paul Cappiali who turned 10. May 6, 2020 Photo: Leslie Yager 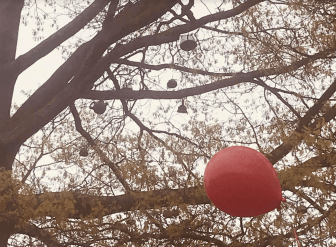 If you look up in the tree over the Macri house you will see dozens of teapots. May 6, 2020 Photo: Leslie Yager

Wednesday afternoon was a little gray and drizzly, but the skies settled around 4pm, just in time for a double birthday car parade celebration for Paul Cappiale III who turned 10, and John Macri Sr who turned 92.

The parade included students of Vikki Cappiale from North Street School where she is a distinguished teacher. 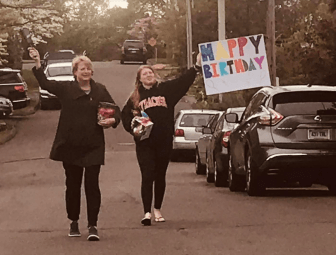 A highlight of the event took place when three Greenwich Police patrol cars joined the drive-by celebration and stopped in front of Mr. Macri’s house.

All three officers got out of their patrol cars and saluted Mr. Macri, who is an Army veteran.

Another highlight was when neighbors Philippa and Sydney Orszulak joined the parade on foot, ringing a cowbell they typically bring to girls hockey games and tossing candy. 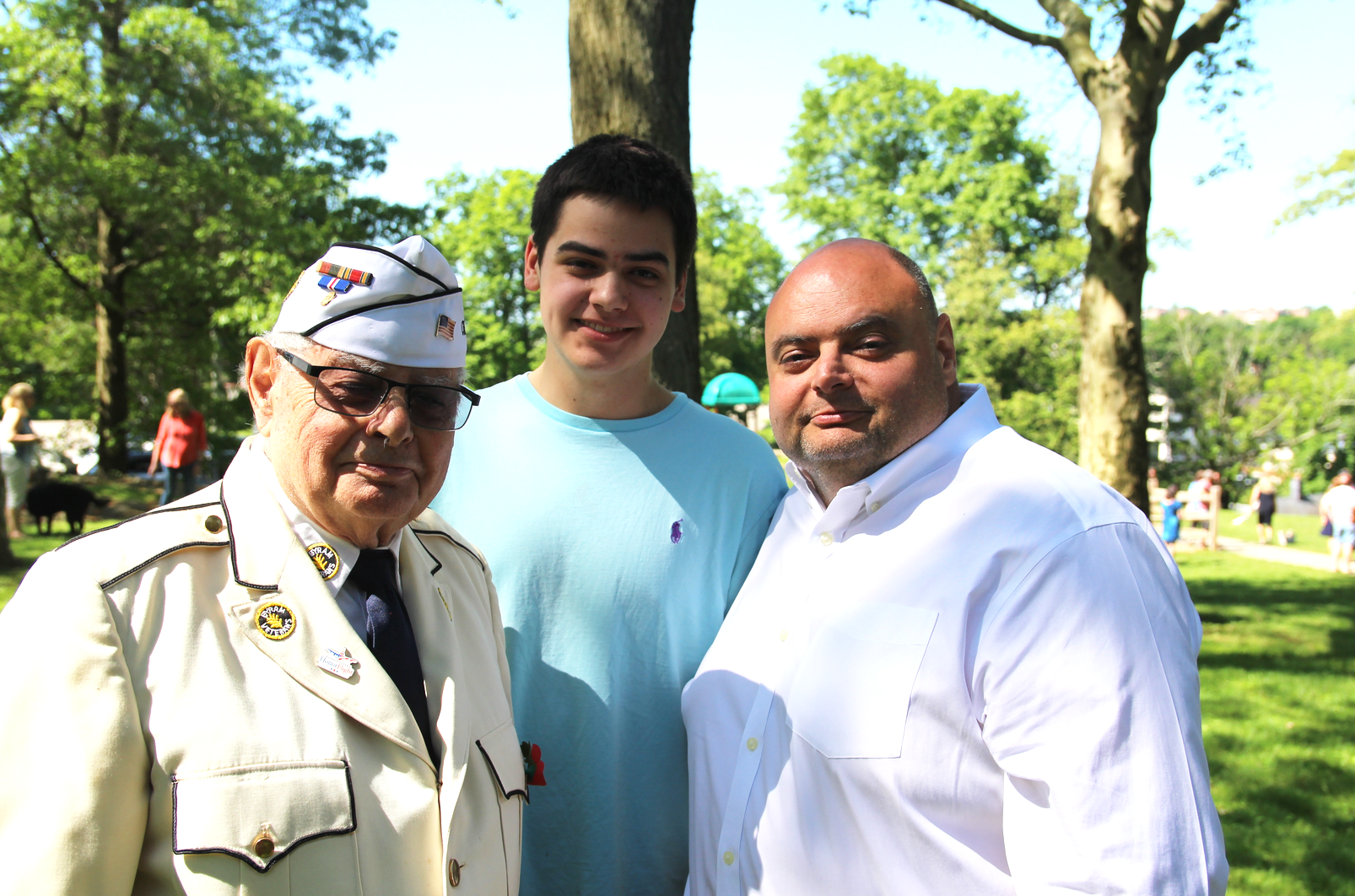 John Sr, originally from Port Chester, has lived in his house for 65 years. His wife was born in the house across the street. In fact, many family members still live on the block, where neighbors have annual block parties and enjoy a special Halloween “giant pumpkin” tradition as well.

“They keep the neighborhood safe, because they keep the elephants away,” Mr. Macri Sr said of the teapots hanging in the massive tree in his yard.

“How do you get the teapots up there?” he was asked. 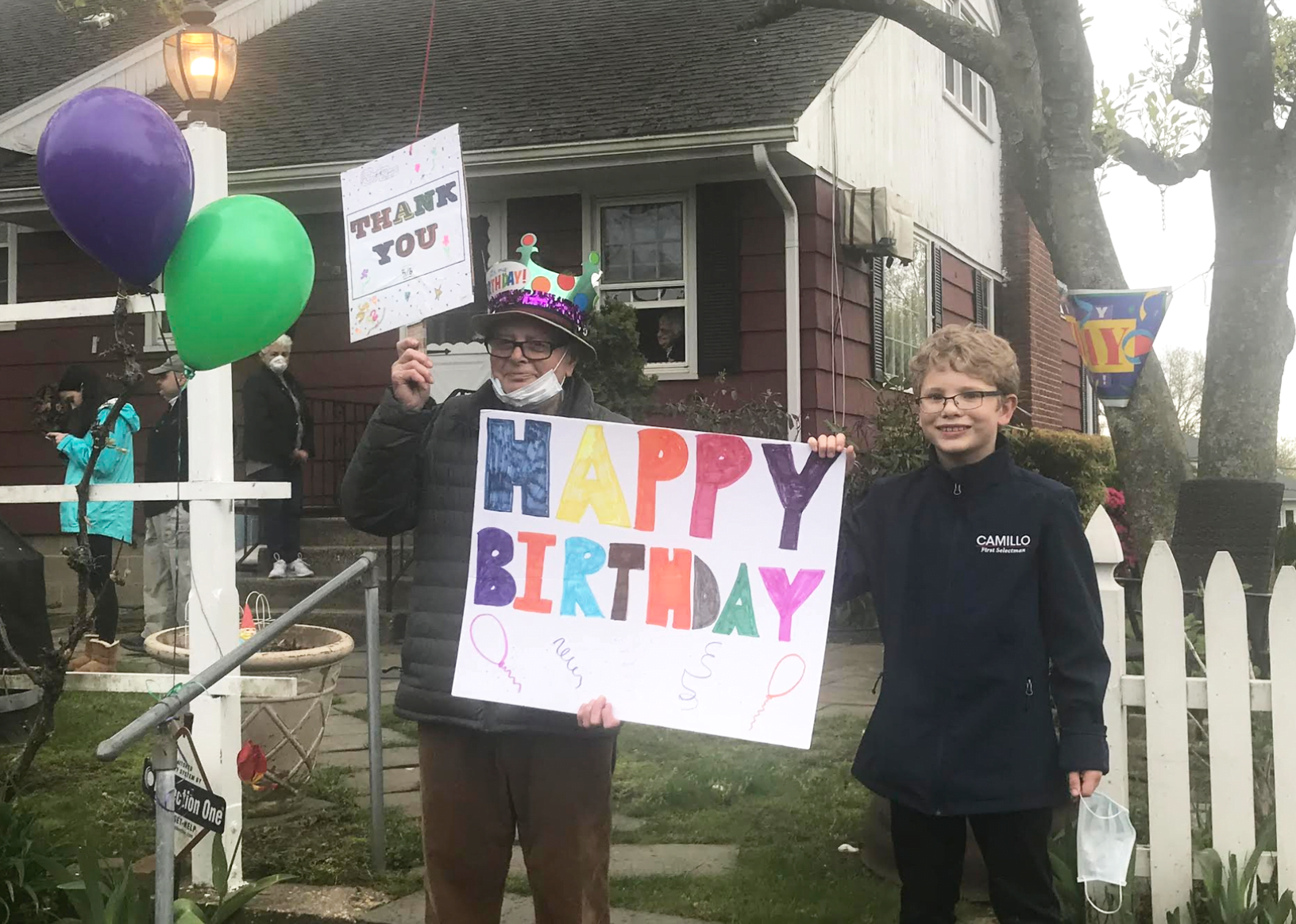 Sharing a birthday were John Macri Sr and his neighbor Paul Cappiali. May 6, 2020 Photo: Leslie Yager 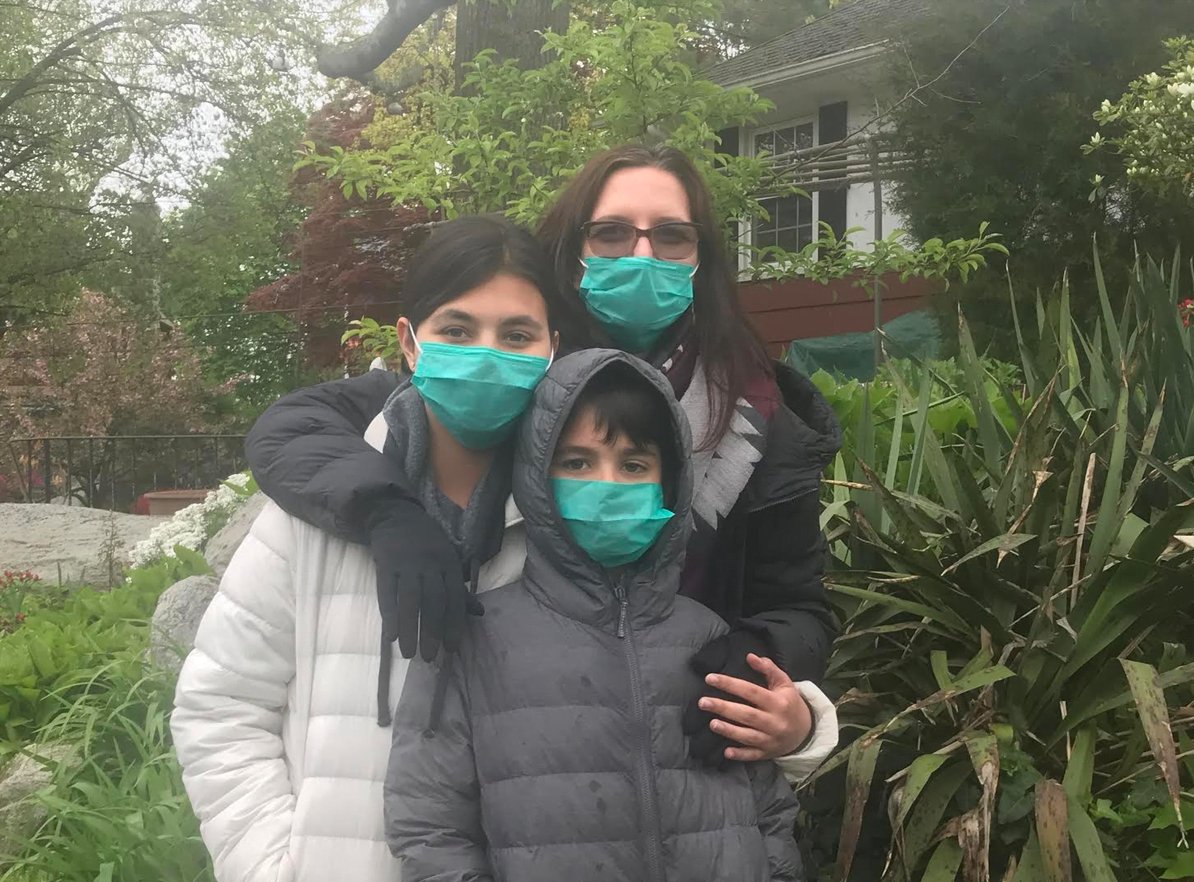 Dana, Layla and Rafael Rodriguez outside the Macri house came to celebrate their neighbors’ birthdays. May 6, 2020 Photo: Leslie Yager

John Macri Jr, the oldest of six Macri children said that he, Nick and his parents live on the same dead end loop. Their sister Paulette lives in Cos Cob.  Meg lives outside Boston. Amy lives in California and Dean also lives outside of Boston.

John Sr’s sister Rosemary, aka “Cookie,” lives in Port Chester. Her daughter Anne is an ICU nurse working on a COVID-19 ward.

John said he had been receiving phone calls wishing him happy birthday all day, and looked forward to a family Zoom call later in the evening with 33 family members.

“We did a family Zoom get together for Easter and my father and mother loved it,” John Jr said. “We had 12 windows open on Zoom with 30 people in them.” 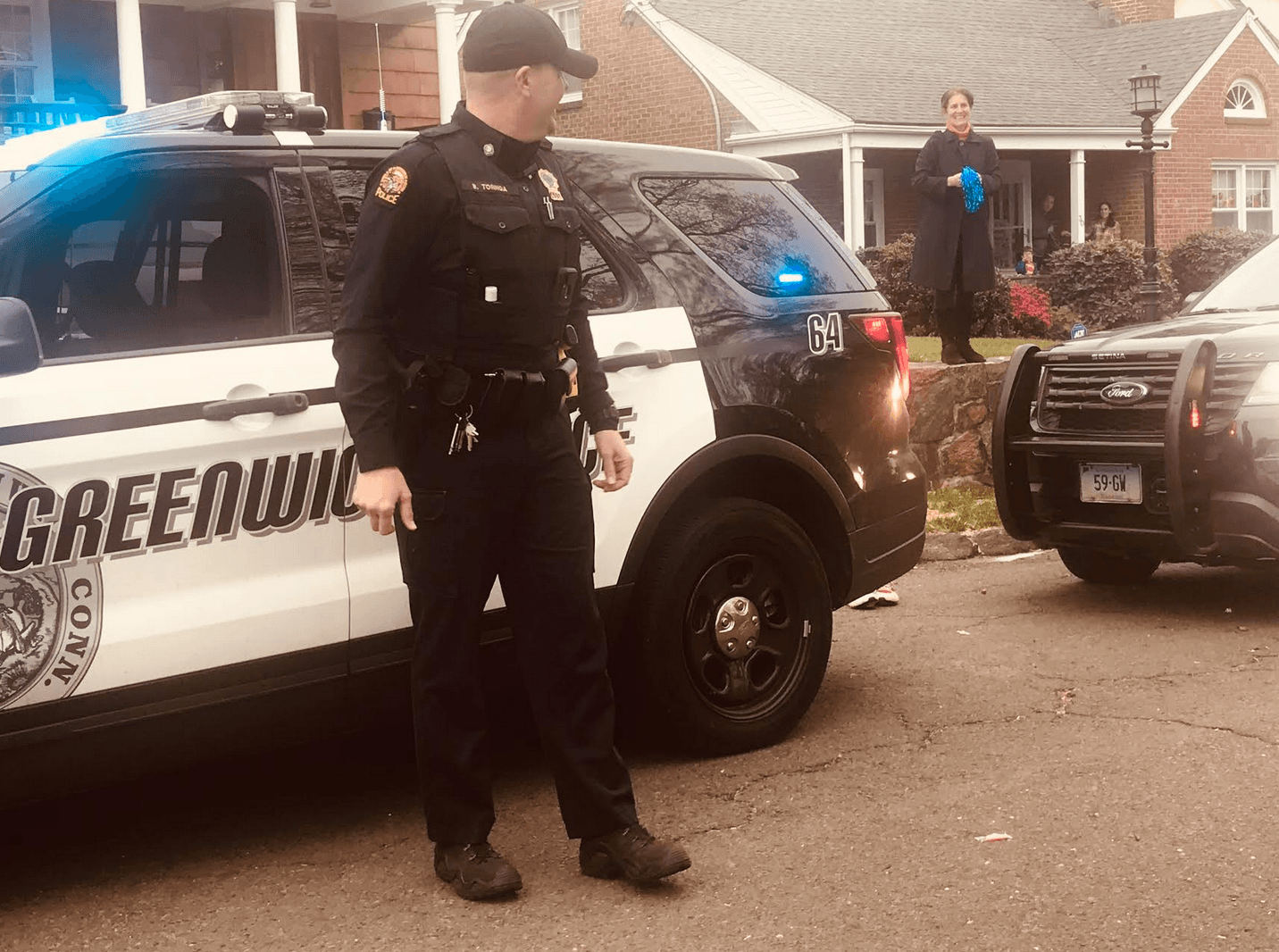 Several Greenwich Police units joined in the birthday car parade. Outside John Macri Senior’s house they got out of their patrol cars and saluted him. Mr. Macri is a veteran who served in the Army. May 6, 2020 Photo: Leslie Yager 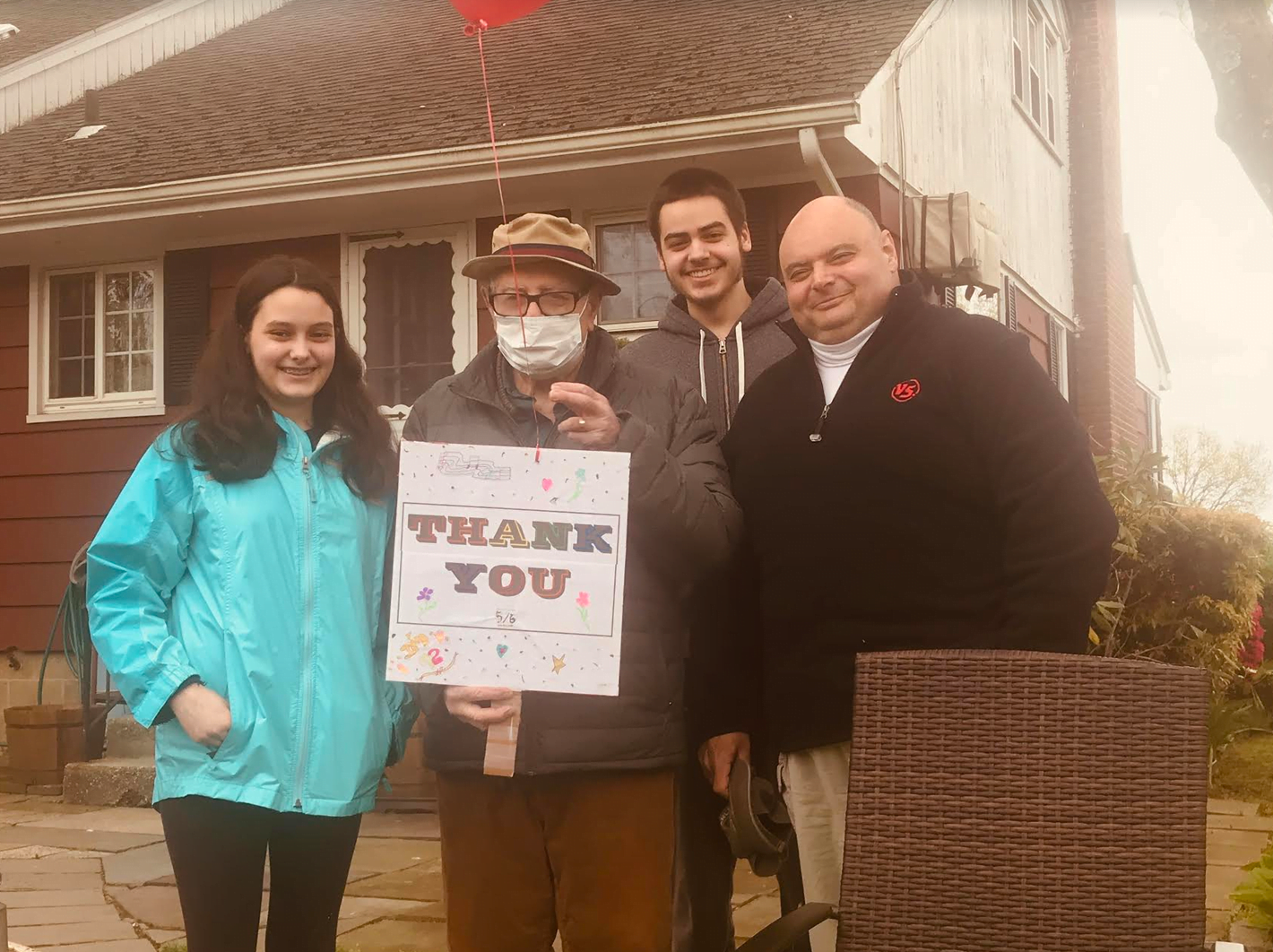 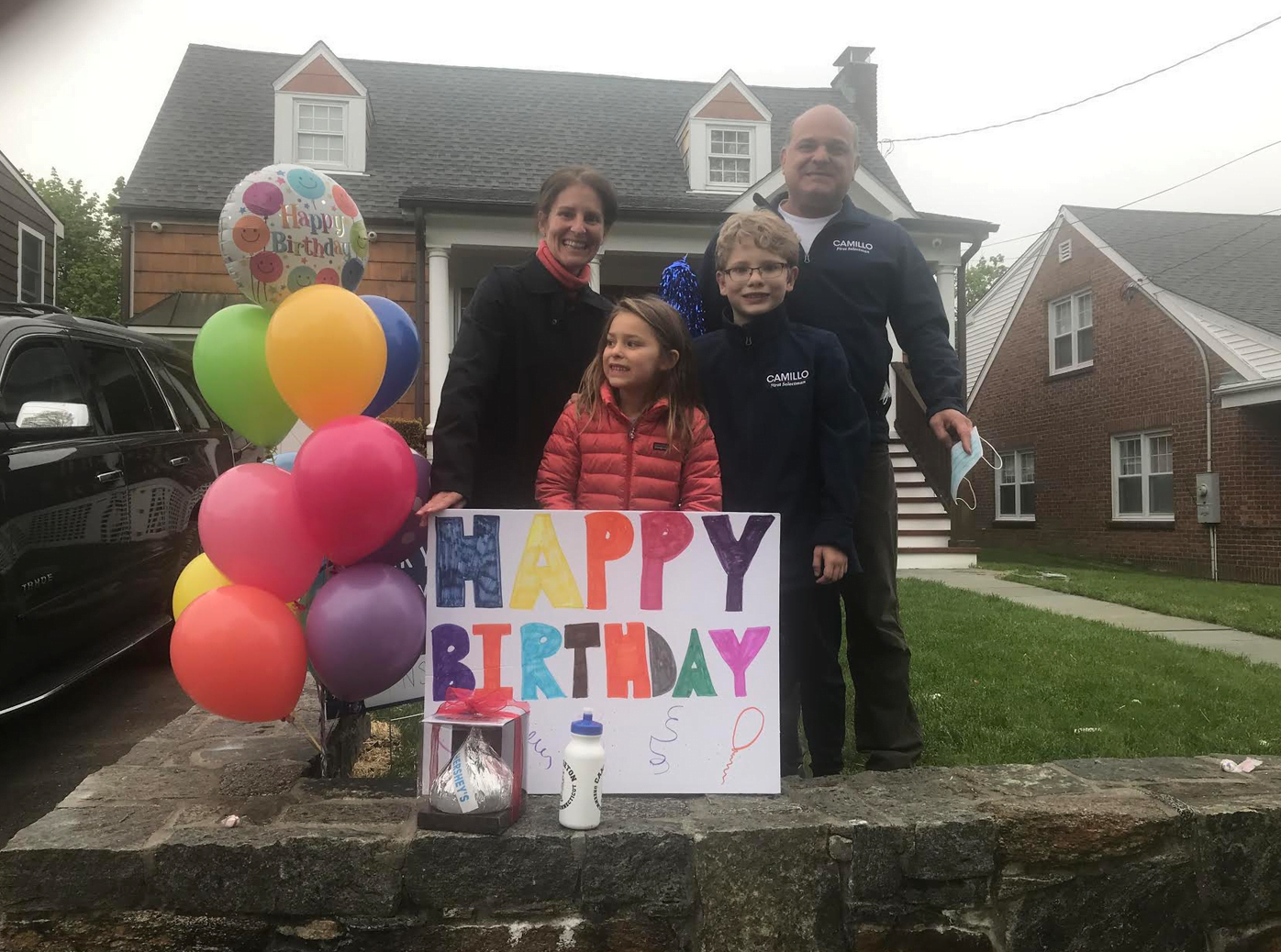