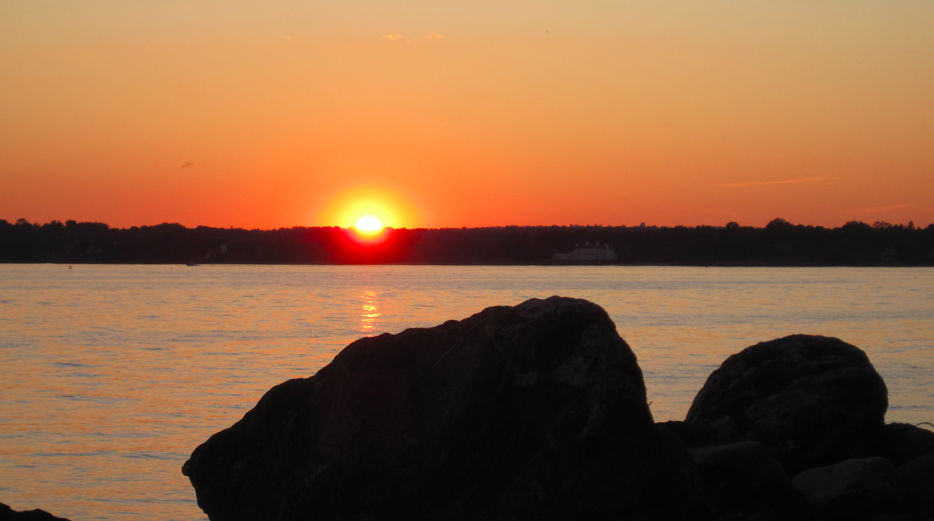 “There is an awful lot of work involved in putting this package together and trying to make sense out of it,” chair Frank Mazza said in reference to a harbor management plan. “And without a consultant to do the work, we’re going to get bogged down,” he added, estimating the cost of a consultant between $20,000-$30,000. Connecticut State Statutes for Harbor Management Commissions authorize the commission to enter into contracts and  employ consultants and other assistants.

Gibbons suggested sending out a Request for Proposal and seeking names of possible consultants from the cities of Stamford, Norwalk or the DEEP.

“Personally I think we desperately need a consultant,” Mazza said.

Peter Quigley didn’t entirely object to the idea of a consultant, but suggested that the commission form a subcommittee of 3 or 4 people who could put together a draft of the plan by mid-October.

“The reason I’m on the commission is because of my knowledge,” Quigley said. “You can put an RFP out, but, from my opinion, being on the tax payers’ side, we already paid Steadman for a plan,” he said, referring to the A Waterways Vision for the Town of Greenwich, which was written by coastal management consultant Geoffrey Steadman. (Mr. Steadman also, more recently created the Cos Cob neighborhood plan).

“Much of it’s good. Some of it’s redundant,” Quigley said of Steadman’s plan. “But clearly it can be tied together and rolled into the new Greenwich Harbor Plan, with the appendixes, and all of the attachments of POCDs, the Steadman report, the BET report, the Byram Study…It’s all there,” he said.

Directives for the content of the Harbor Management plan is spelled out in the CT statutes:

Sec. 22a-113n. Content of plan. (a) The plan shall identify existing and potential harbor problems, establish goals and make recommendations for the use, development and preservation of the harbor. Such recommendations shall identify officials responsible for enforcement of the plan and propose ordinances to implement the plan. The plan shall include, but not be limited to, provisions for the orderly, safe and efficient allocation of the harbor for boating by establishing (1) the location and distribution of seasonal moorings and anchorages, (2) unobstructed access to and around federal navigation channels, anchorage areas and harbor facilities, and (3) space for moorings and anchorages for transient vessels.

Sec. 22a-113o. Factors considered in preparation of plan. In preparing the plan, the commission shall consider the following factors: (1) Recreational and commercial boating; (2) recreational and commercial fisheries and shellfisheries; (3) fish and shellfish resources, including leased or designated shellfish beds; (4) conservation of natural resources; (5) areas subject to high velocity waters, including but not limited to hurricanes, wave washes or tsunamis, that are designated as V-zones on a flood insurance rate map published by the National Flood Insurance Program; (6) exposed areas subject to flooding and erosion as defined in section 25-70; (7) commercial and industrial uses that are water dependent as defined in subdivision (16) of section 22a-93; (8) water quality and public health; (9) recreational uses other than boating and fisheries; (10) water dependent educational uses; (11) public access; and (12) tidal wetlands, beaches and dunes, bluffs and escarpments and intertidal flats as defined in section 22a-93.

Quigley pointed out that with issues such as unpermitted moorings located in shellfish beds in Old Greenwich, it is all the more pressing to complete a Harbor Management Plan. And while it was acknowledged that it would take about 60 days to put out an RFP and hire a consultant, Quigley reminded the committee of the timeliness of their task.

“We’re talking about the responsibilities the harbor commission should be following, to follow the accountability and deal with issues like the shellfish beds because it’s in the plan. If somebody points out, ‘There’s no plan,’ How can we even talk about it, unless we have some authority and accountability, rather than just talking about it?”

“Whatever it is, let’s just do it,” said Lt. James Bonney who pointed out that commission members have tremendous local knowledge that consultant from Hartford or other nearby town might lack.

There was discussion of having a subcommittee draft a plan even while the RFP process unfolds over two or so months — 30 days for RFP to be drawn up and 30 days for it to go out to bid.

Mazza said the commission should schedule a public hearing soon and suggested mid-October.  The commission agreed Lile Gibbons would arrange a meeting between Geoff Steadman and the commission members in the next week or two.

When there is a draft of the plan, it goes to DEEP and Dept of Transportation and Army Corps of Engineers for review.

A completed Harbor Management plan will need approval from the Board of Selectmen and need to be adopted by the RTM.

Harbormaster Ian MacMillan, ex officio member of the commission, was not present at the July meeting but, reached by phone, said his job is to implement the harbor management plan once it is approved and becomes law.

In the meantime, he said the commission does not have authority over him, but rather, they “gain influence over his activities by a state approved harbor management plan.”

“It’s the job of the commission to create a plan the town desires, that the state approves, that the Harbormaster is  charged with implementing.” – Ian MacMillan, Greenwich Harbormaster

Macmillan said if he’d been at the July meeting he’d have suggested the commission reach out to John Gaucher and David Blatt from DEEP who he described as harbor management plan analysts whose job is to review plans on behalf of the state.

“They are two guys who review harbor management plans and should be invited at the early stages to give their input,” MacMillan said of Blatt an Caucher, who he said supplied the Old Port program, which is a model harbor management plan provided by the state as a guide to harbor commissions.

“A proper harbor management plan allows a town to gain public funding from the state and the federal government. Without a plan the state and the federal government’s hands are tied,” said MacMillan because they have to know how public funds will be used. “And that is the main purpose of a harbor management plan — to access public funding. You’re talking many millions of dollars that shouldn’t be the burden of a Town.”

MacMillan described current conditions as dire. “You can’t access anchorages or channels on all tides,” he said. There is only 1-1/2 ft.  of water at under the Cos Cob bridge at low tide. In other words there is no channel and you have to have one. It effects the economy of the maritime industries, leisure time and safety of the recreational fleets of Greenwich and has a broad effect of the entire coastline and its ability to be regarded as a safe maritime infrastructure. This is why the plan is vital.”

The harbor management commission meets the third Wednesday of the month. The next meeting is Wednesday, August 20th at 6:00pm.