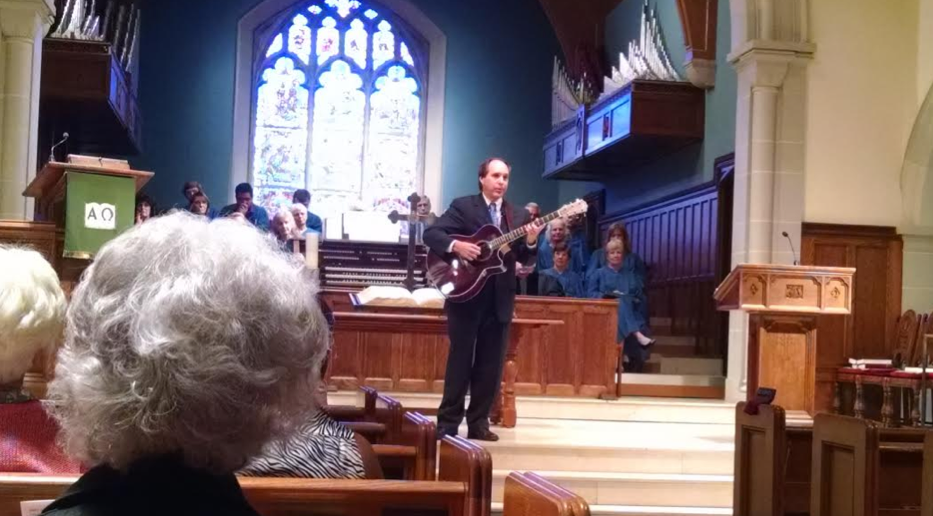 The First Congregational Church of Greenwich, the oldest church in town, celebrated the 374th Greenwich Founders Day with a very special celebration. First Selectman, Peter Tesei was on hand to read the Founders Day Proclamation during the church’s 10:00 am worship service and Chairman of the Greenwich Historical Society Board of Directors, Davidde Strackbein, was also in attendance for the festivities. 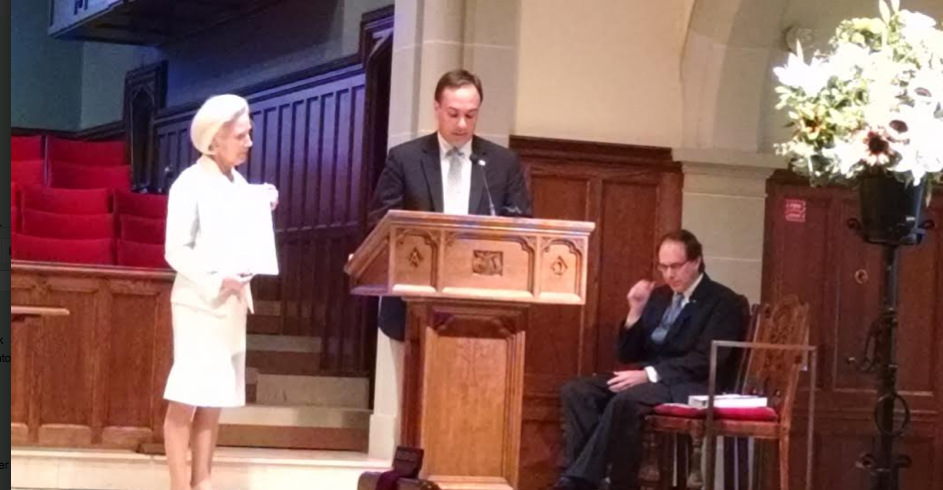 After the service, which included some wonderful music from the church’s Summer Choir, a clarinet solo by youth, Peter Russell, choral solo by choir member, Linnea Conley, and even a beautiful John Denver song by Interim Senior Pastor, John Collins as part of his sermon, congregation members headed outside to the church’s beautiful Memory Garden for Coffee Hour and a fascinating display of artifacts from the church’s history, hosted by the First Church Historical Committee. 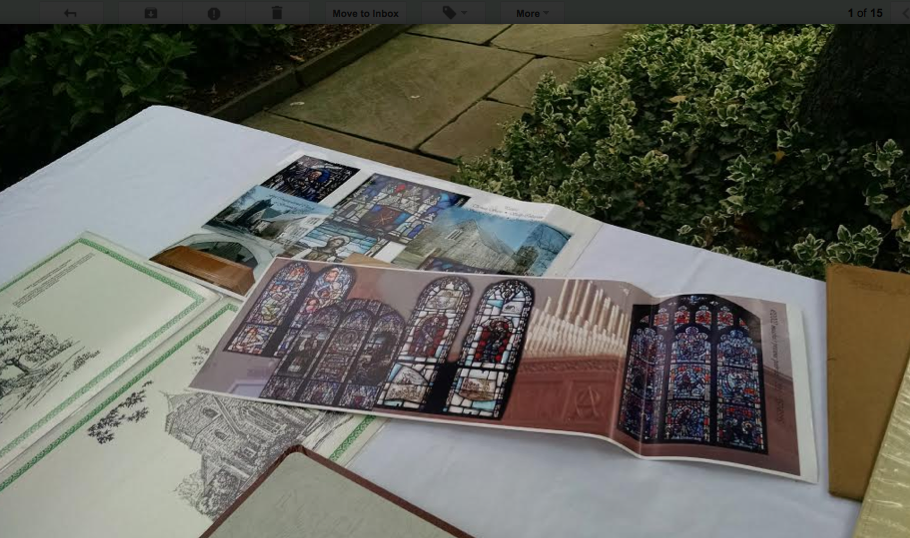 The official date of Greenwich Founders Day is July 18 each year, but First Church historically honors the day on the Sunday closest to that date. Back in 1640 English settlers landed on the beach down where Tod’s Point is now located and “purchased” the land from the Indians for 25 Red Coats and trinkets. The church celebrates its own founding in May of 1665, 25 years later, which is the date the church received its charter from the state of Connecticut.

That was also the same year that Greenwich became a separate town from Stamford.  During Colonial days there was no separation of church and state, so there could only be a town if there was also a church there. Therefore, the founding of the town of Greenwich and the church are very closely tied. Next year marks the 375th Greenwich Founders Day and the 350th anniversary of the church. It will be a very exciting year!

The First Congregational Church of Greenwich is located at 108 Sound Beach Ave., Old Greenwich (across from Binney Park).