The negative comments continue to pile up in response to a proposed 242 unit apartment building, “Tarry Lighthouse,” proposed just over the Mill Street bridge in the Village of Port Chester.

As proposed the developer, David Mann of Lighthouse Living, wishes to redevelop the entire block bounded by Mill Street, North Main Street, Abendroth and Highland Street with a mix of apartments, retail and above ground parking

Having purchased all the buildings that comprise the block he seeks to demolish them to make way for the 7 story building.

The developer originally proposed 9 stories, but dropped it to 7. He still requires a variance from the ZBA because the buildings, which are in the C-2 Main Street Business District, are zoned for a maximum of 5 stories. Also, they seek a variance for height because FEMA regulations preclude underground parking and all parking will be above grade.

The development would be just over the busy Mill Street Bridge from the Byram neighborhood in Greenwich. 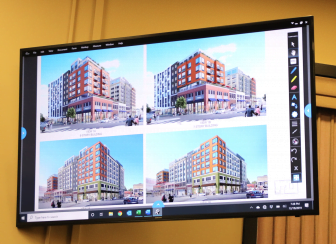 The proposed multi story rental apartment building for the block on the corner of North Main Street/Abendroth/Mill Street has been reduced 2 stories since originally proposed.

At a recent Port Chester Zoning Board of Appeals meeting, more residents shared their alarm at the prospect of the additional traffic compounding the daily snarl.

It has been noted that congestion impacts the Byram Fire Station and New Lebanon School. 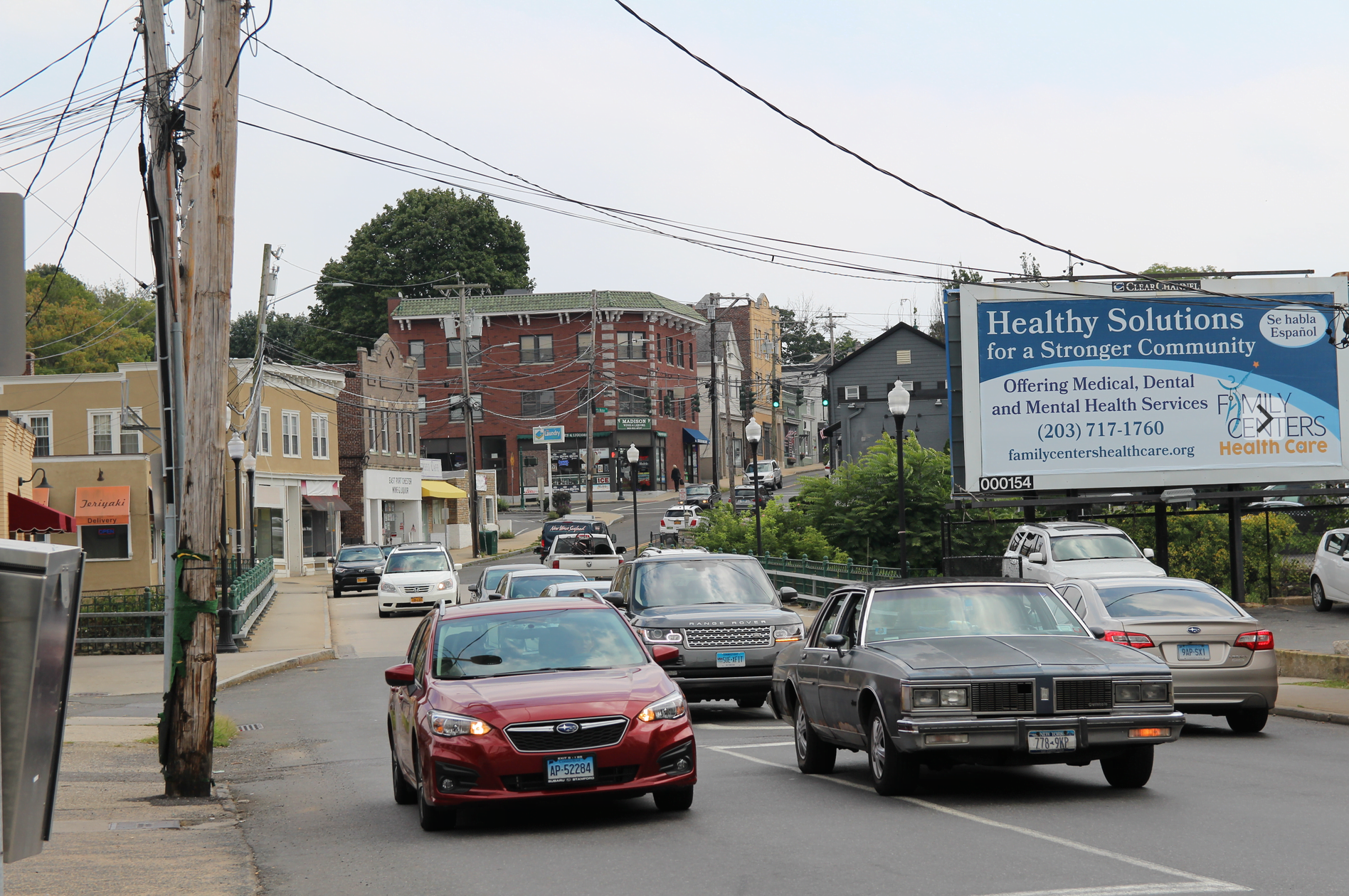 Byram residents have balked the applicant’s traffic expert’s rosy prognosis of traffic flow with the additional 242 units, and his assertion that coordinated signal phasing between Byram and Port Chester is a panacea.

A traffic impact study conducted by Provident Design Engineering, dated Feb 27, 2019 and updated Aug 7, 2019, concluded that traffic generated by the project would not have a significant impact on the adjacent roadways.

Brian Dempsey of Provident Design Engineering said currently there is no coordination of traffic and pedestrian signals across state lines.

“Changing signal timing to coordinate all signal timings would improve flow,” he said, adding that the “walk” signal is shorter in Port Chester than in Byram.

Reached by phone State Rep Steve Meskers (District 150) said he had offered to help connect the Connecticut and New York Departments of Transportation to discuss the traffic at that site.

“Any makeover of an urban landscape should improve the quality of life of both residents and newcomers,” Meskers said. “That spot is zoned for 5 stories maximum – they want 7 – which seems over the top given the small town charm that you find in downtown Port Chester.”

Meskers said without input from the NY and CT Departments of Transportation he would not accept the traffic study paid for by the developer as objective.

“That site sits at the crossroads of two interstate thoroughfares – I-95 and Route 1 – and the intersection already has horrible traffic congestion and bad sight lines,” Meskers said. “I don’t see how 242 apartments at that intersection improves things.”

The latest person to jump into the fray is Port Chester’s Mayor Richard Falanka, who said on WGCH 1490 am last week that he shared Byram residents’ concerns.

“This area already has traffic congestion problems without development. That’s why we have to take a close look and not add to an existing problem with  any future development,” Falanka told WGCH’s Tony Savino.

Falanka noted the project is under review by the Port Chester Planning Commission and Zoning Board of Appeals, but no action has been taken to date.

“I want to continue to talk to Fred (Camillo) to see how we can improve traffic no matter what happens there,” Falanka said.

The Port Chester Mayor pointed out that the closure of New York’s Midland Ave exit on I95 has added to existing traffic as drivers detour through local roads, with many passing through the Village of Port Chester and over the Mill Street bridge to Byram to CT exit 2.

Even Zoning Board commissioner Evelyn Petrone has said she prefers to drive north on Main Street/Rte 1 to the rotary by Carvel, and up Byram Road rather than drive over the bridge on Mill Street to get on I95.

Falanka said that work in the area of Midland Ave and I95 will continue for another year.

On his Friday Ask the First Selectman Show, Fred Camillo said the Port Chester Zoning Board of Appeals delayed their decision on the Tarry Light House proposal until Feb 20, 2020.

“I will be there,” Camillo said, adding that he would continue to discuss the situation with Mayor Falanka. “We have a close working relationship. He’s a good guy with Greenwich roots.”

Mr. Camillo said at the December Planning Commission meeting that even one additional apartment at the proposed site is too many, and promised to consider any and all options, including closing the bridge.