“The relevance of Michelle’s work on Ralph Lawrence Carr in today’s political climate is a remarkable testament to the power of history to educate,” said We The People coach Aaron Hull. 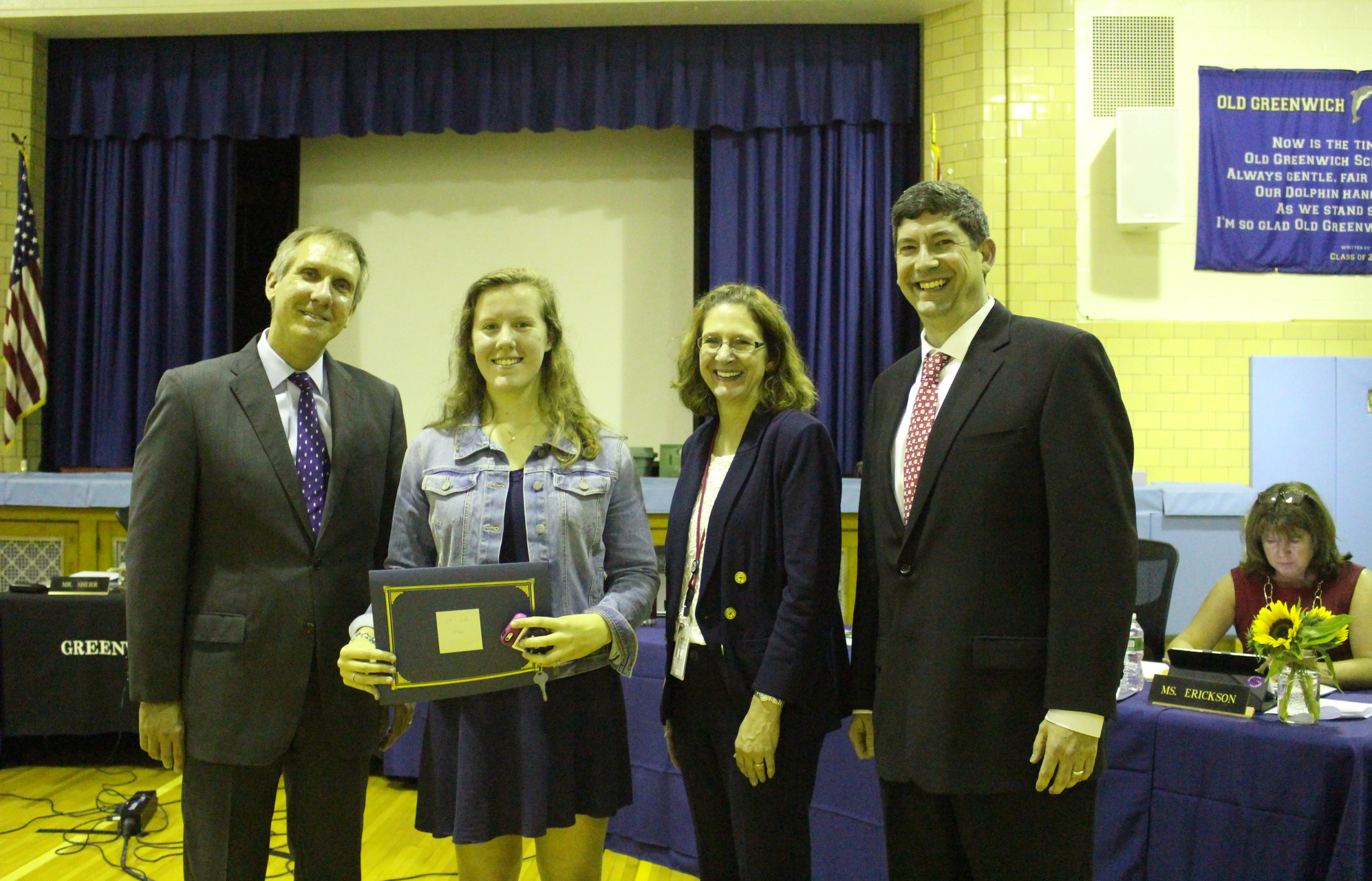 In the group senior documentary project, a team of of juniors at the time – Jake Karetsky, Beth Taibi, Bennett Tiedy, Catherine Veronis, and Sara Stober – created a phenomenal documentary called “What Damage We Can: Taking a Stand Against Imperial Japan.”

The seniors, members of We The People’s Citizen and Constitution, program talked about a little celebrated battle at the center of The Battle of Leyte Gulf – generally considered to be the largest naval battle of World War II – where three very lightly armored, very lightly weaponized ships managed to keep a Japanese force at Bay until reinforcements arrived.

“It’s a tremendous accomplishment,” Mr. Hull said, adding that it was the first time that the We The People sent, not one, but two submissions to the National History Day competition.

Greenwich High School Innovation Lab students were also recognized by the Board of Education on Sept 14 for their success at National History Day.