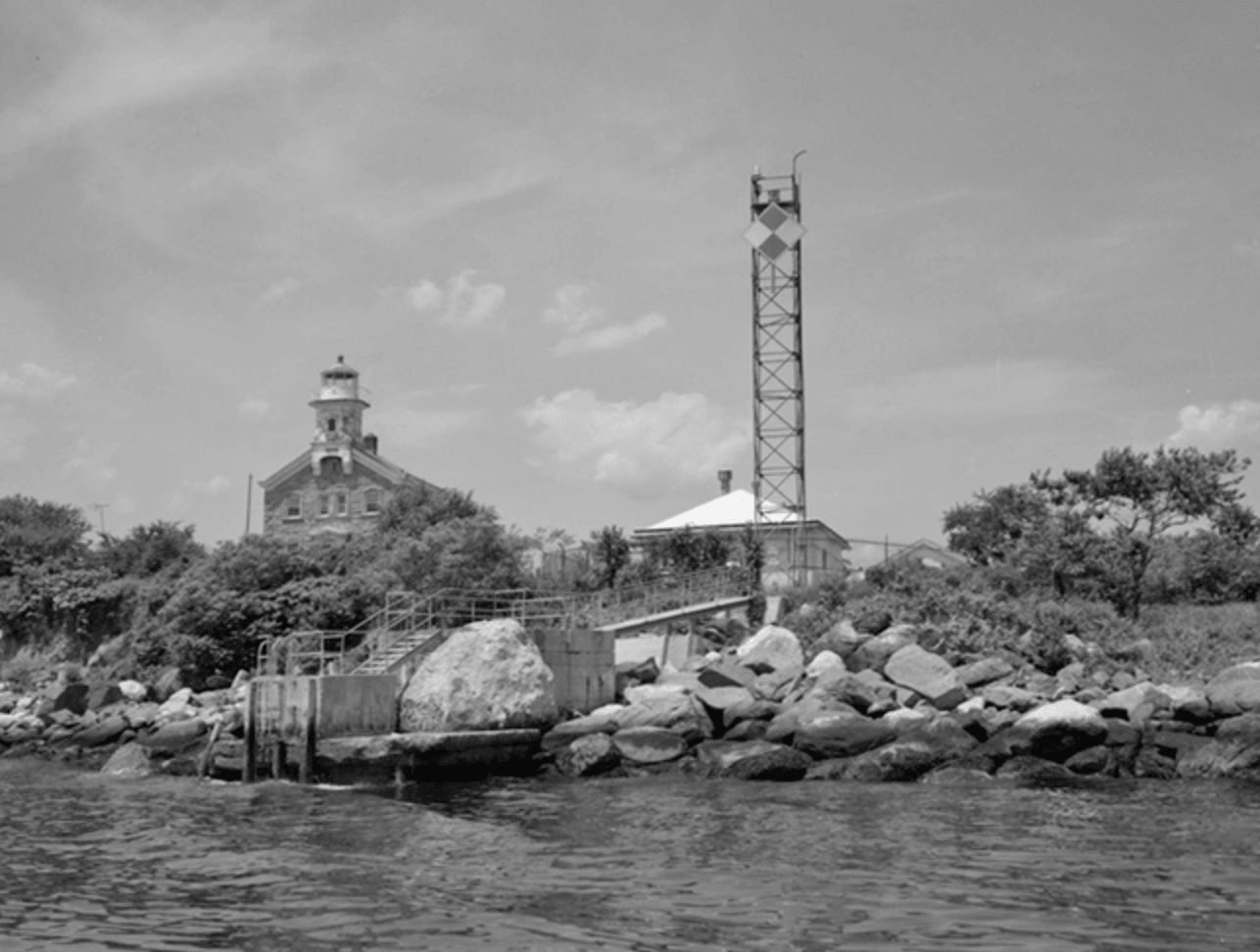 The Coast Guard is replacing the malfunctioning fog light and fog horn on the tower at Great Captain’s Island.

“Also, the signal in the adjacent tower is supposed to alternate between red and white, but the red has been misfiring,” he said. “It’s just been flashing white.”

“We can’t add colors to the light house signal,” said Conservation Commission member Susie Baker on Thursday, adding that she was happy to hear the news about the lighting upgrades. “Green should be on a buoy.”

In 2008 a total of $1.2 million was budgeted for a major restoration project of the lighthouse, which included federal funds, and funds raised by a nonprofit group called “Return the Light.” That group’s fundraising effort was set back when one of its original members, Bennett Fisher, perished in Sept 11 terrorist attacks.

“Thank you to the Ben Fisher family who asked for donations in lieu of flowers for the restoration of the light house,” Baker said.

“Now we have the light house beautifully restored, functional and protected as a historic landmark. It’s old, but it’s stood up well through many hurricanes and lots of nor’easters,” Baker said.

The flashing green light, which MacMillan described as illegal, was installed in the lighthouse cupola on February 13, 2012.

“This has been on my list of things to correct since the beginning,” MacMillan said. “Just to turn the green thing off and let the Coast Guard do its thing.”

The first lighthouse on the 17-acre Great Captain’s Island was built of stone in 1829 but was poorly constructed and its walls were badly cracked a decade later. In 1868, construction of a new granite dwelling with attached lantern was completed. In 1890, a fog whistle was added, and in 1905 a siren was installed.

In 1973, the Town of Greenwich acquired the property and full-time caretakers resided there until 2003.

In 1991, the Great Captain Island Light was added to the National Register of Historic Places.

In 2012 the lighthouse was re lit. Macmillan said, that flashing green light inside the light house never made sense.

Every spring, egrets return to nest in the trees around the lighthouse. Then, in the summer, the Town of Greenwich runs a ferry service to and from the island. By then the egrets have hatched and fledged and won’t be disturbed.