One holiday tradition ends, another begins.

Facebook has been bursting with gripes that the trees on Greenwich Avenue no longer twinkle with white lights.

“I’m a little disappointed by the lack of downtown holiday lights. Stamford’s are beautiful. Virtually every town and city in Westchester has some up,” one commenter wrote. “Plenty of other municipalities can figure out how to pull it off.”

“This is a shame and frankly an embarrassment to the town,” wrote another.

Tree lighting was originally undertaken by the Greenwich Chamber of Commerce and was a tradition for about 40 years.

After the Chamber cited the high cost of putting up and taking down the lights every year – Lighting the trees required a lot of man hours at night, which meant paying overtime – the Avenue was dark in 2014, but for two trees outside the Senior Center that were decorated with a netting of lights. 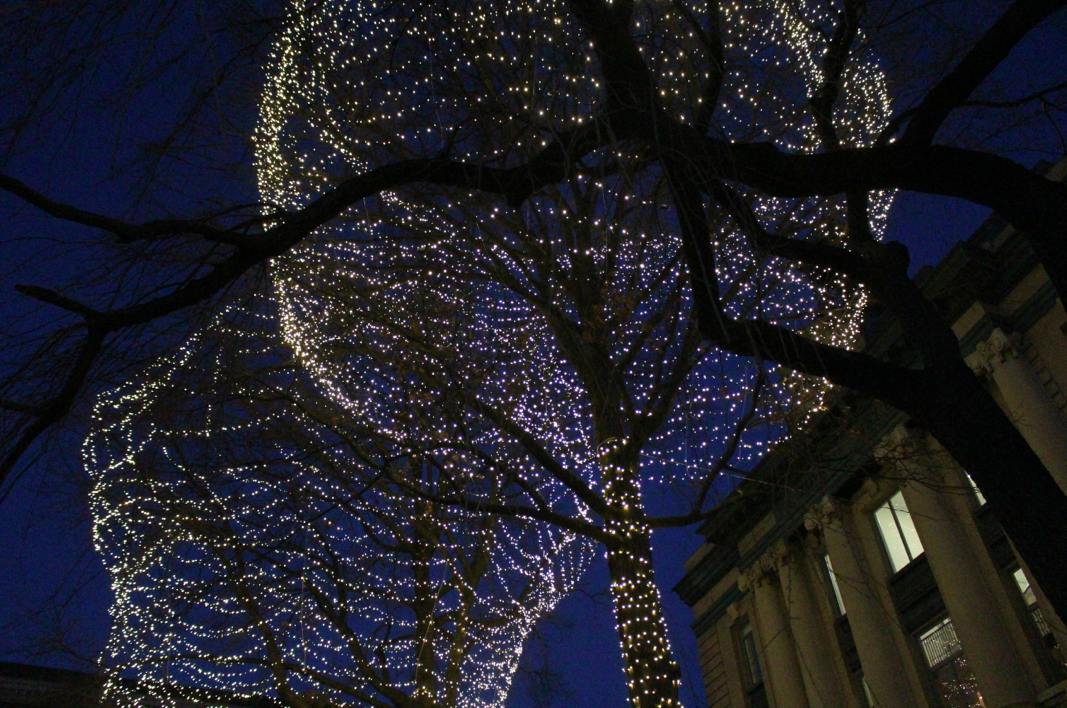 The two trees in front of the Senior Center on Greenwich Ave were covered with lights during the 2014-15 holiday season. Jan 2015. Photo: Leslie Yager 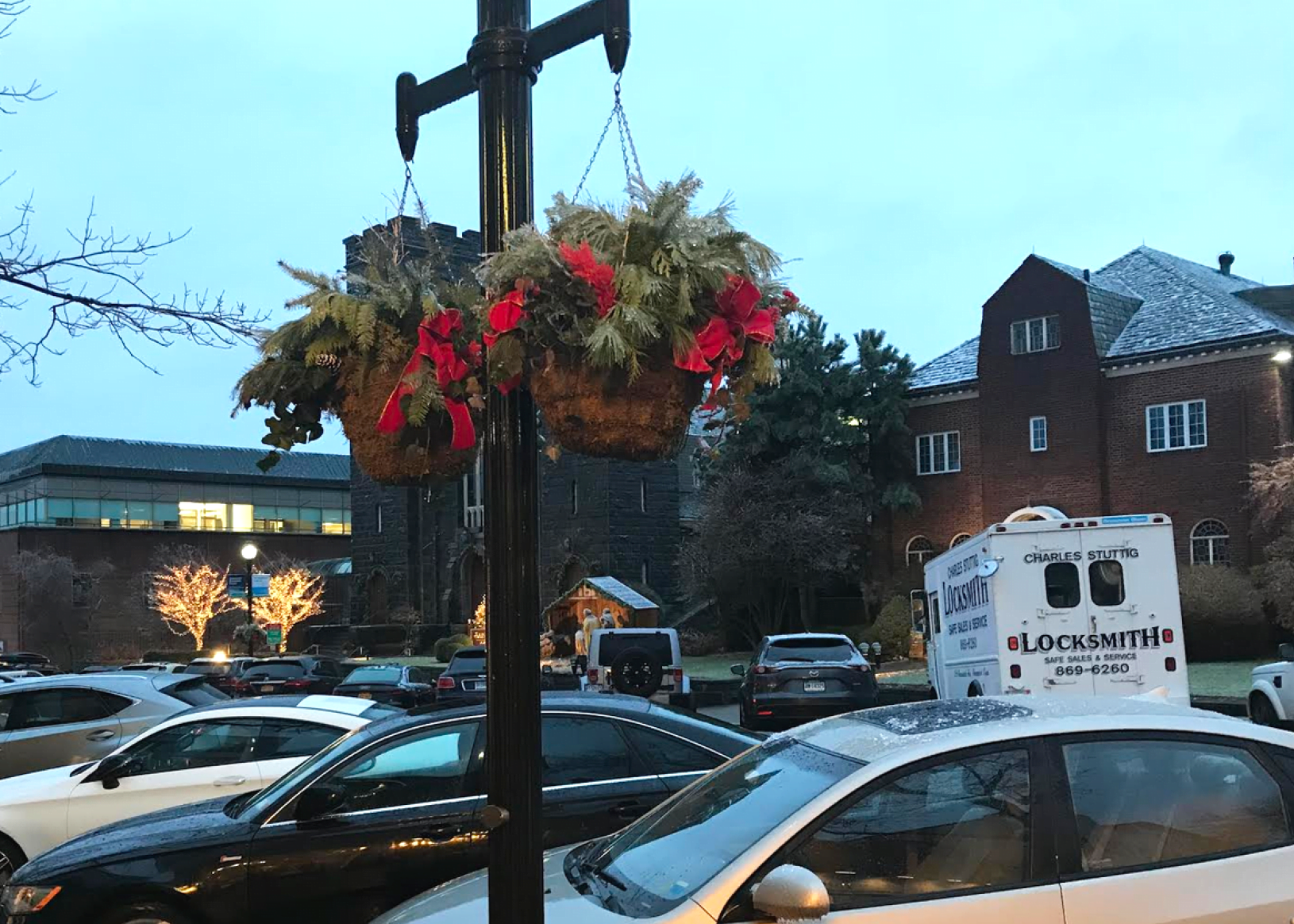 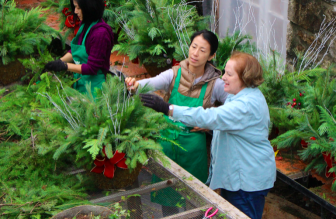 The following year, Greenwich Green & Clean came to the rescue, and for a few years the lights twinkled alongside dozens of greenery baskets that hang from the charming lamp posts that Green & Clean purchased with private donations and donated to Eversource.

Green & Clean bought new lights and  funded the $60,000 the project cost annually before deciding to focus more on their “green” mission in the towel in summer 2018.

The did offer to pass on the lights and electrical equipment if another group would take on the effort, and in 2018 a group led by Alyssa Keleshian, whose father was a founding member and past president of Greenwich Green & Clean, rose to the occasion. But they did not repeat the effort this year.

But there is some good news.

Indian Harbor Yacht Club has illuminated a huge floating Christmas tree. It has been twinkling in Greenwich Harbor since Dec 3.

The best view is from the renovated town pier on Steamboat Road.

According to Dustin Bruce, Marine Manager at IHYC, the first time club staff built a floating tree was six years ago, and it was on a work barge. Today it sits atop a dock attached to a mooring.

As it has evolved over the years, it has become an eagerly anticipated tradition.

“Indian Harbor Yacht Club sure knows how to do it,” said Harbormaster Ian MacMillan. 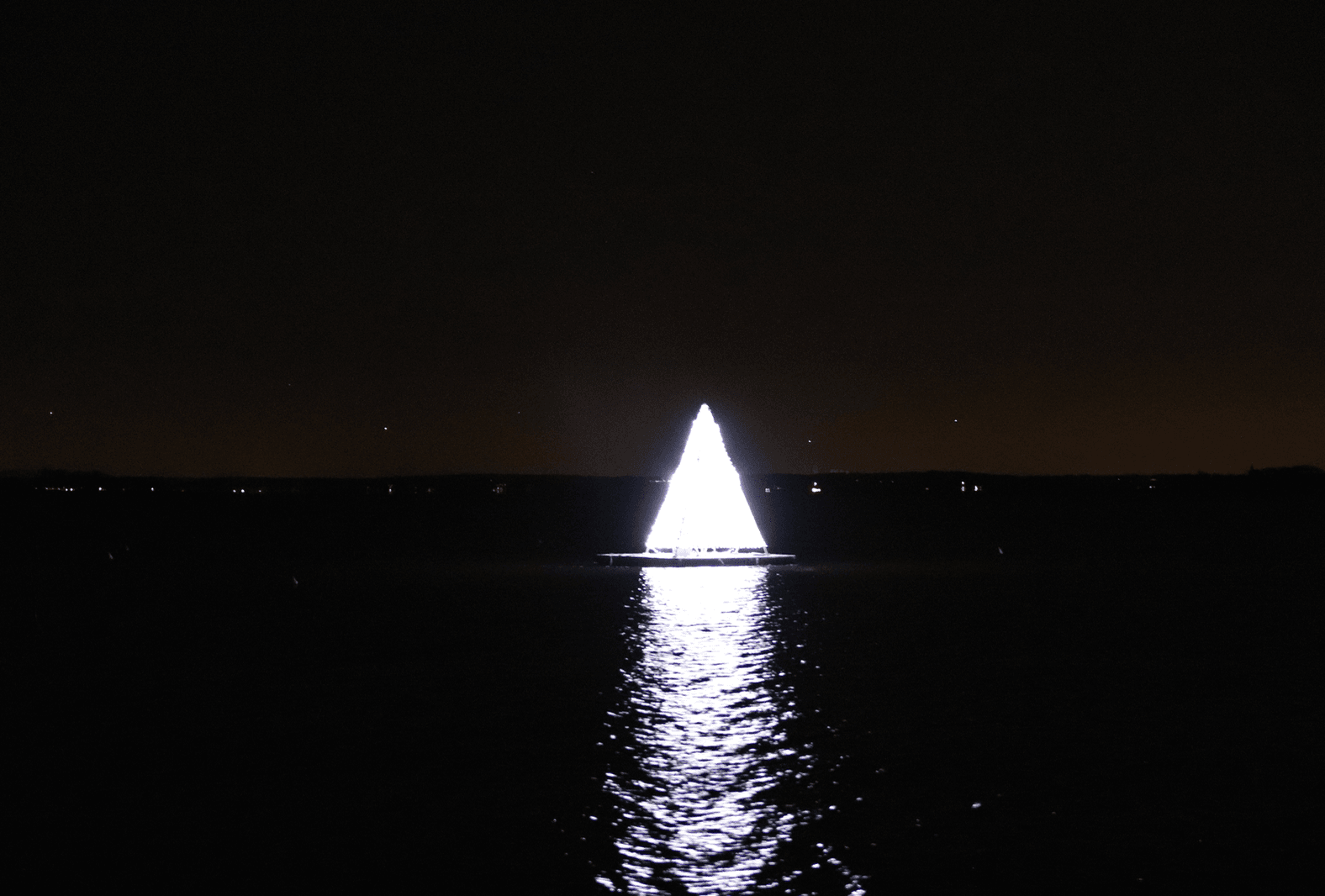 “We built a pyramid of wood and wrapped it with lights. It took three days to put it together and three days to string all 22,000 lights,” Mr. Bruce explained, adding that while the club membership loves the tradition, the club has gotten great feedback from neighbors and residents.

“With everything going on on the Avenue, it’s a shining star now,” he added.

The tree will be lit each night until New Year’s Day.

Also, individual property owners, merchants and churches have done a nice job with lights and decorations. 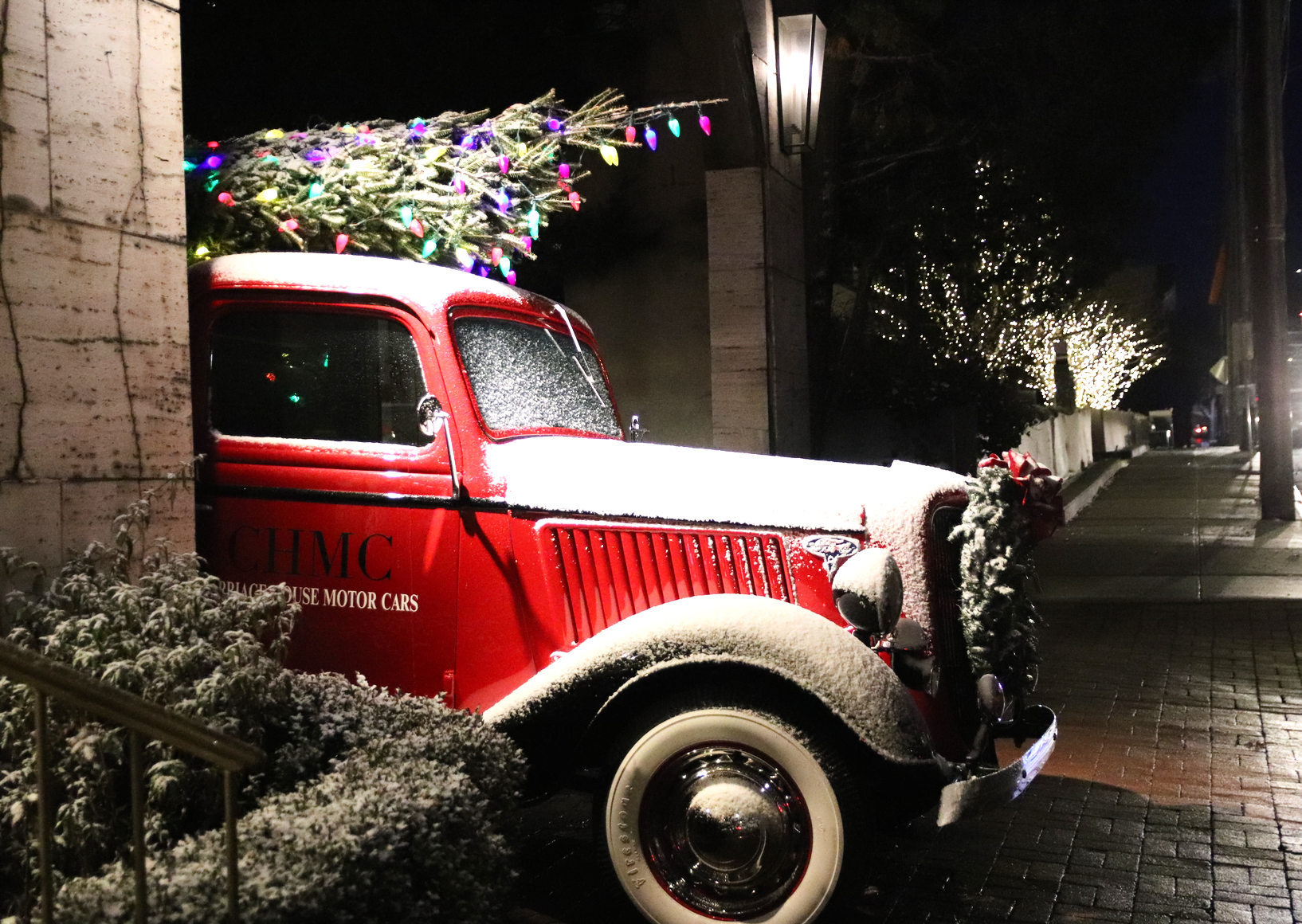 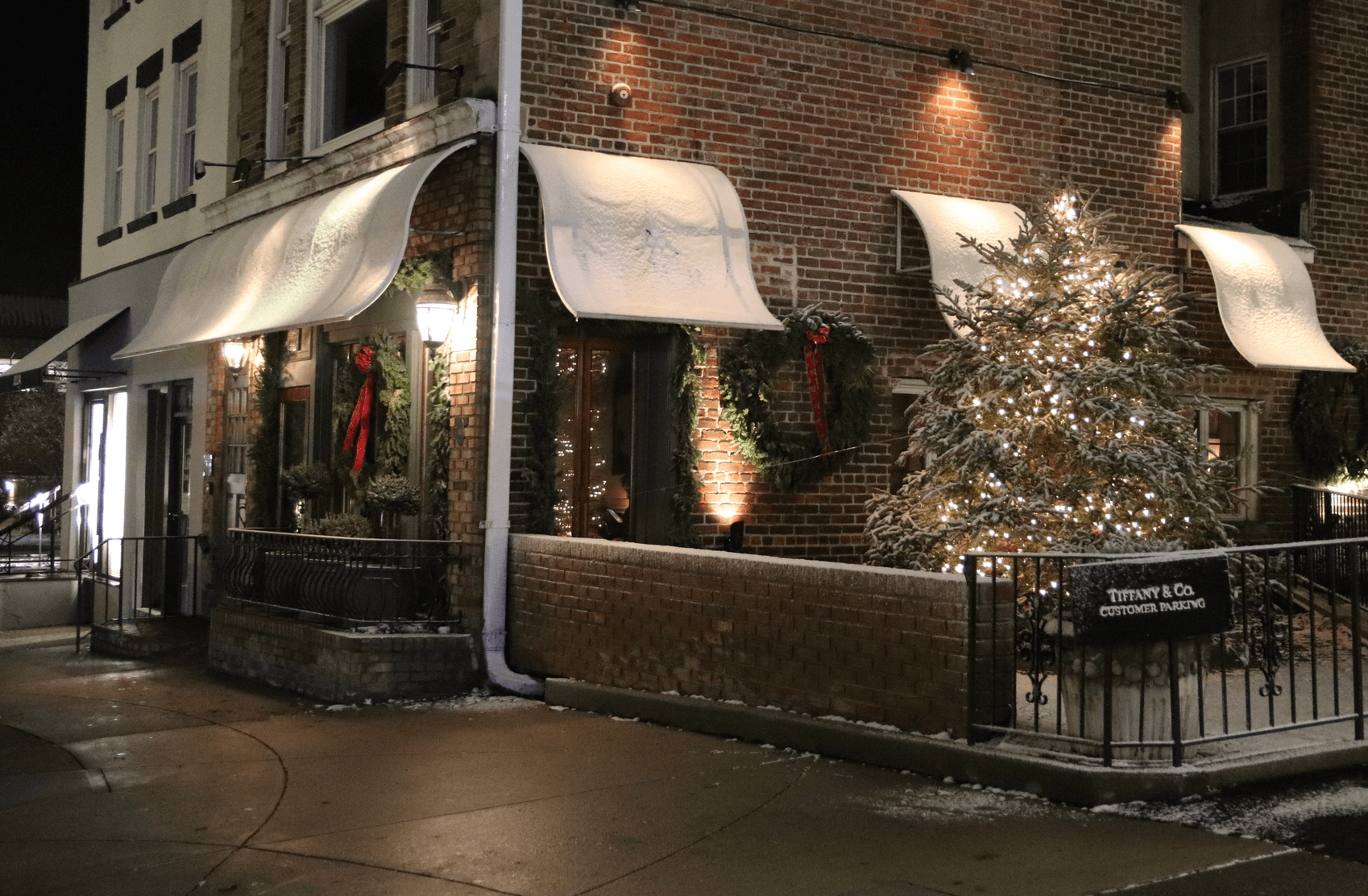 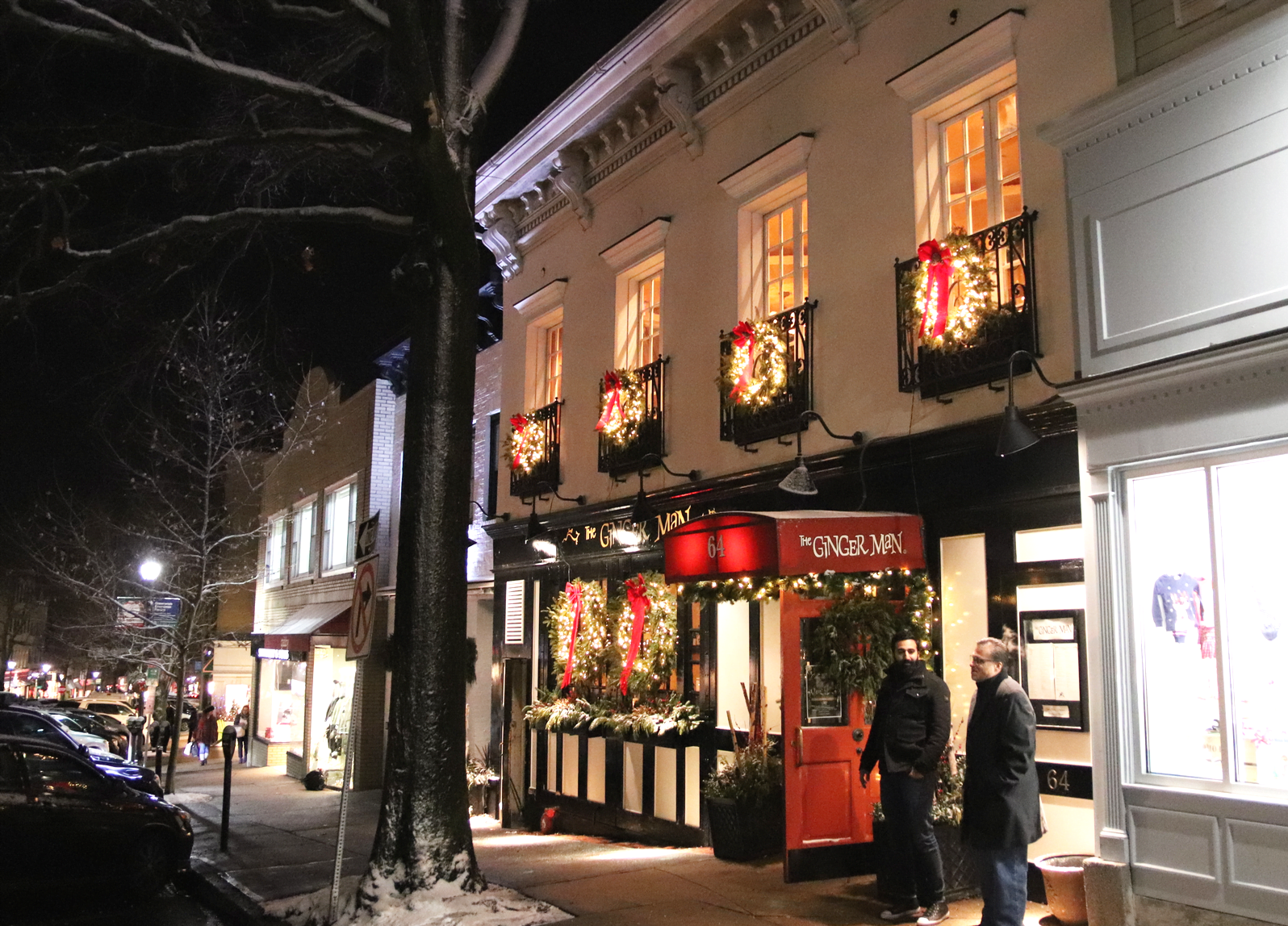 The Ginger Man is lit up with wreathes and garlands at 64 Greenwich Ave. Dec 18, 2019 Photo: Leslie Yager 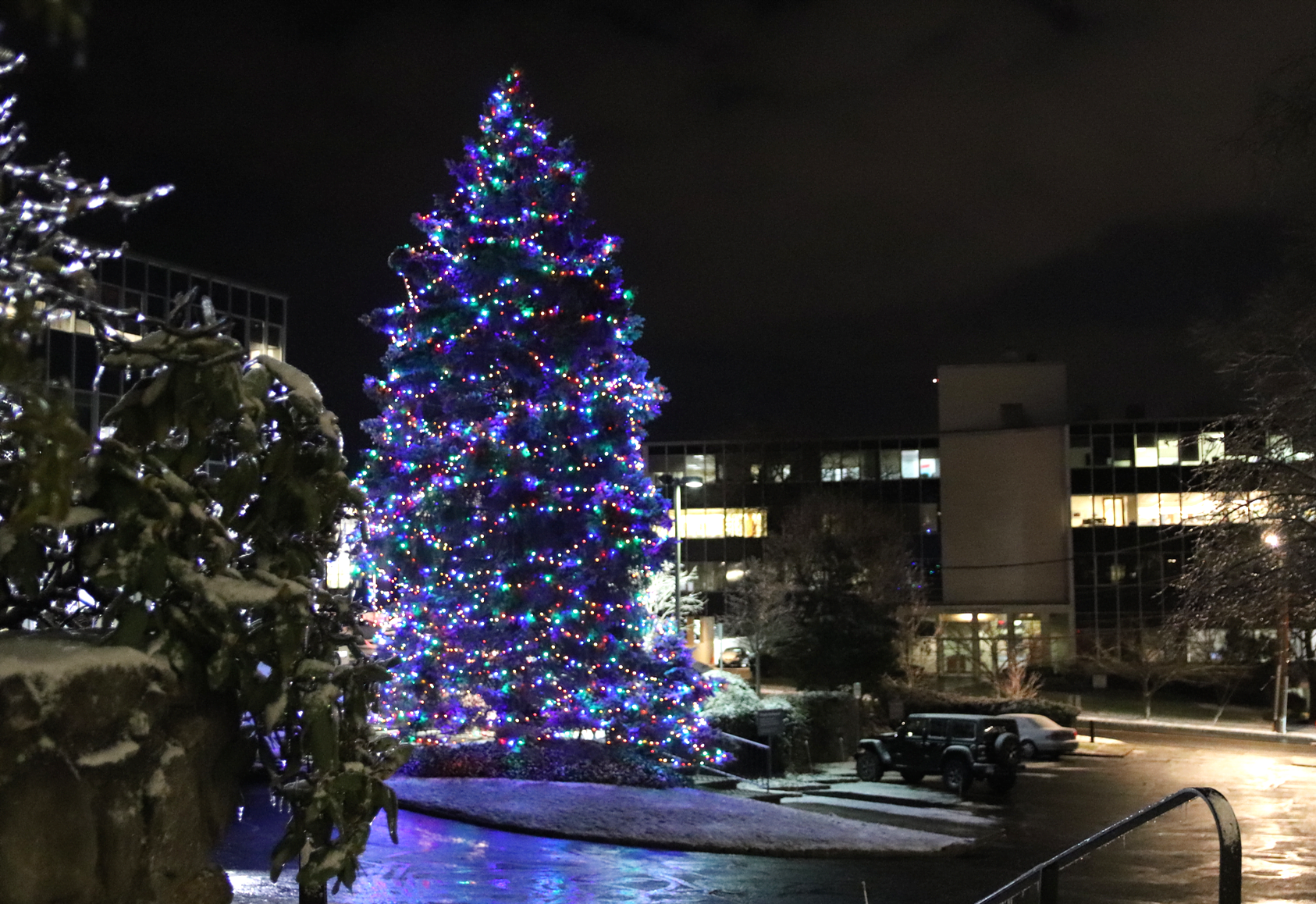 Trees full of lights across from the Greenwich Train Station. 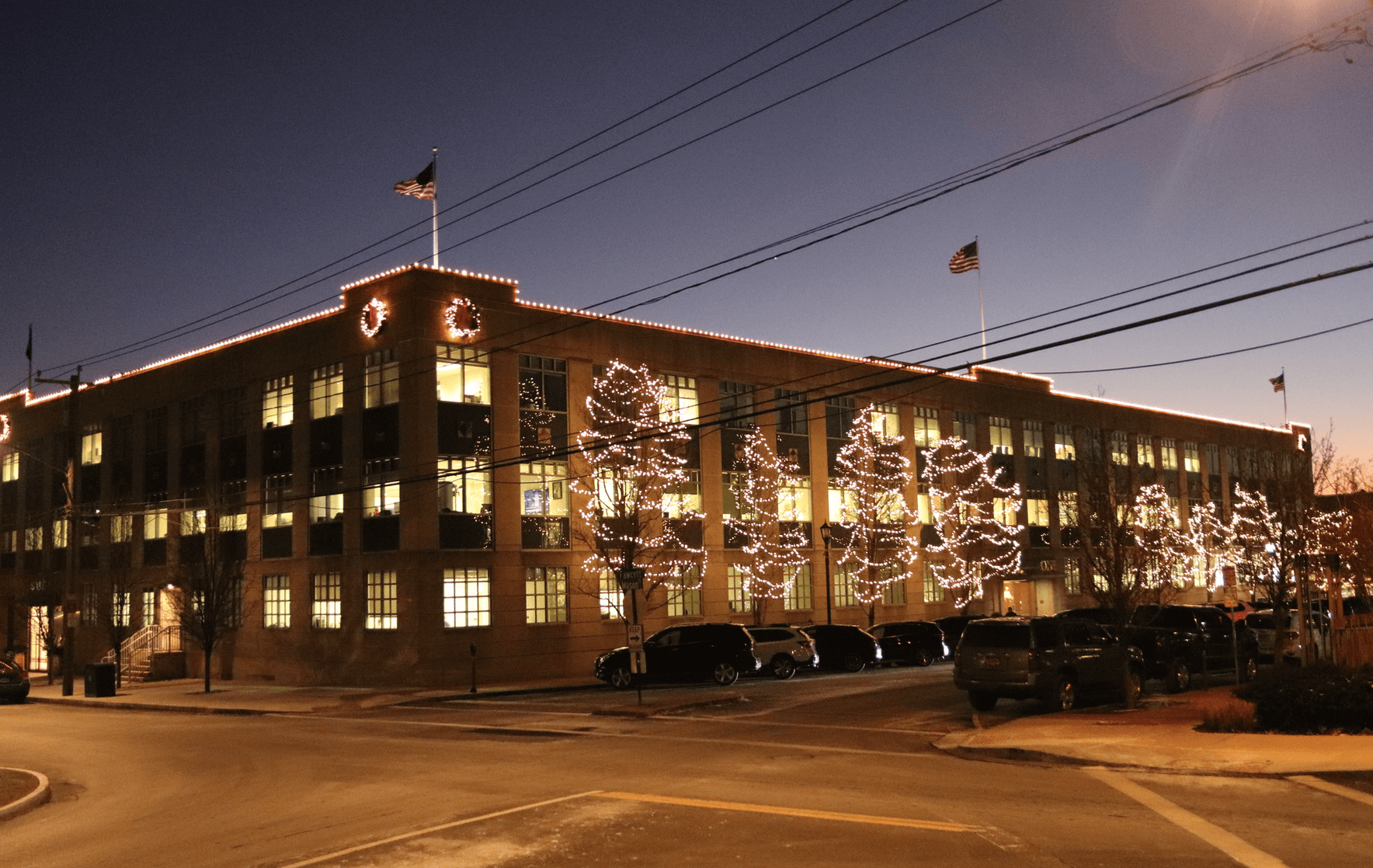 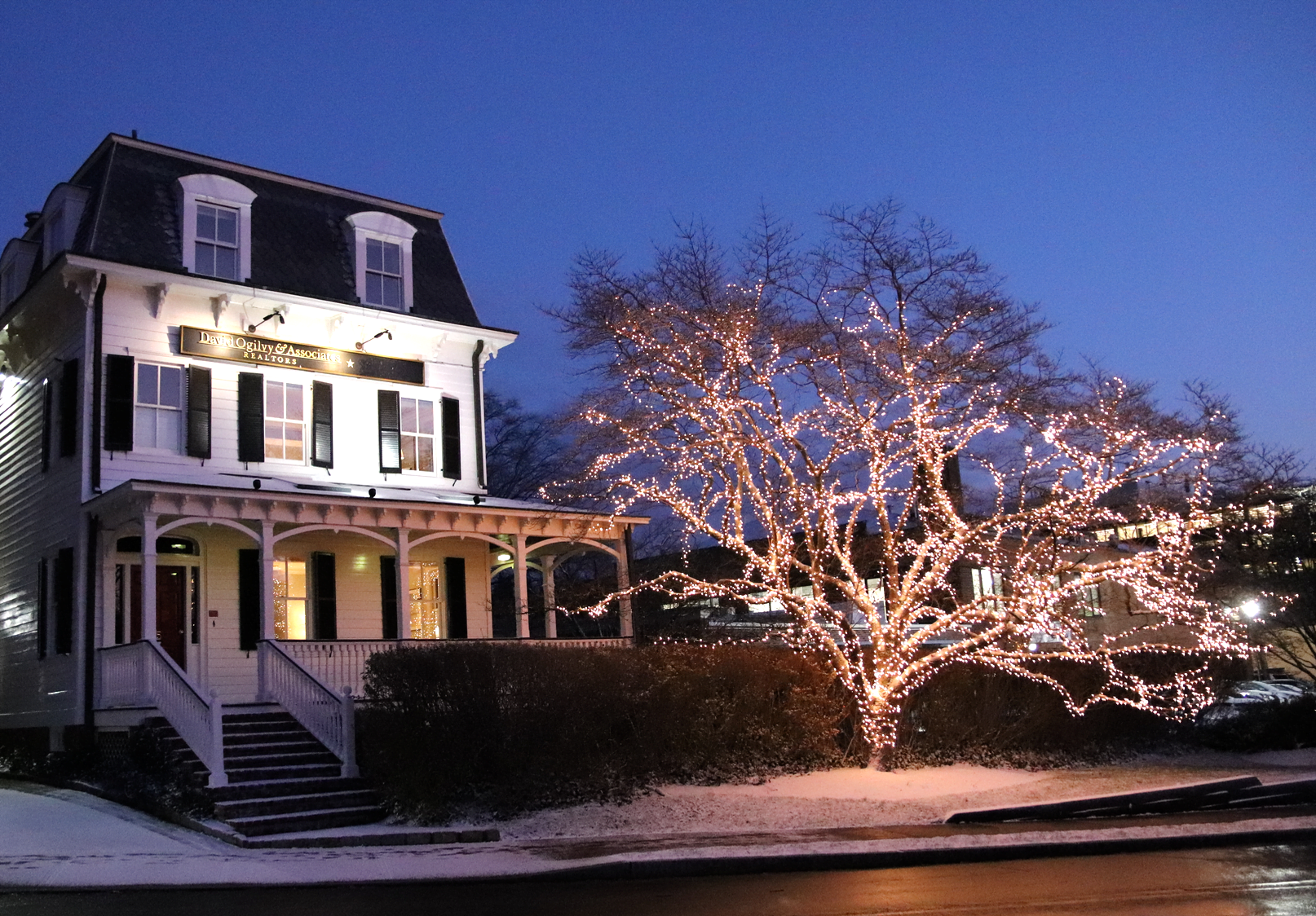 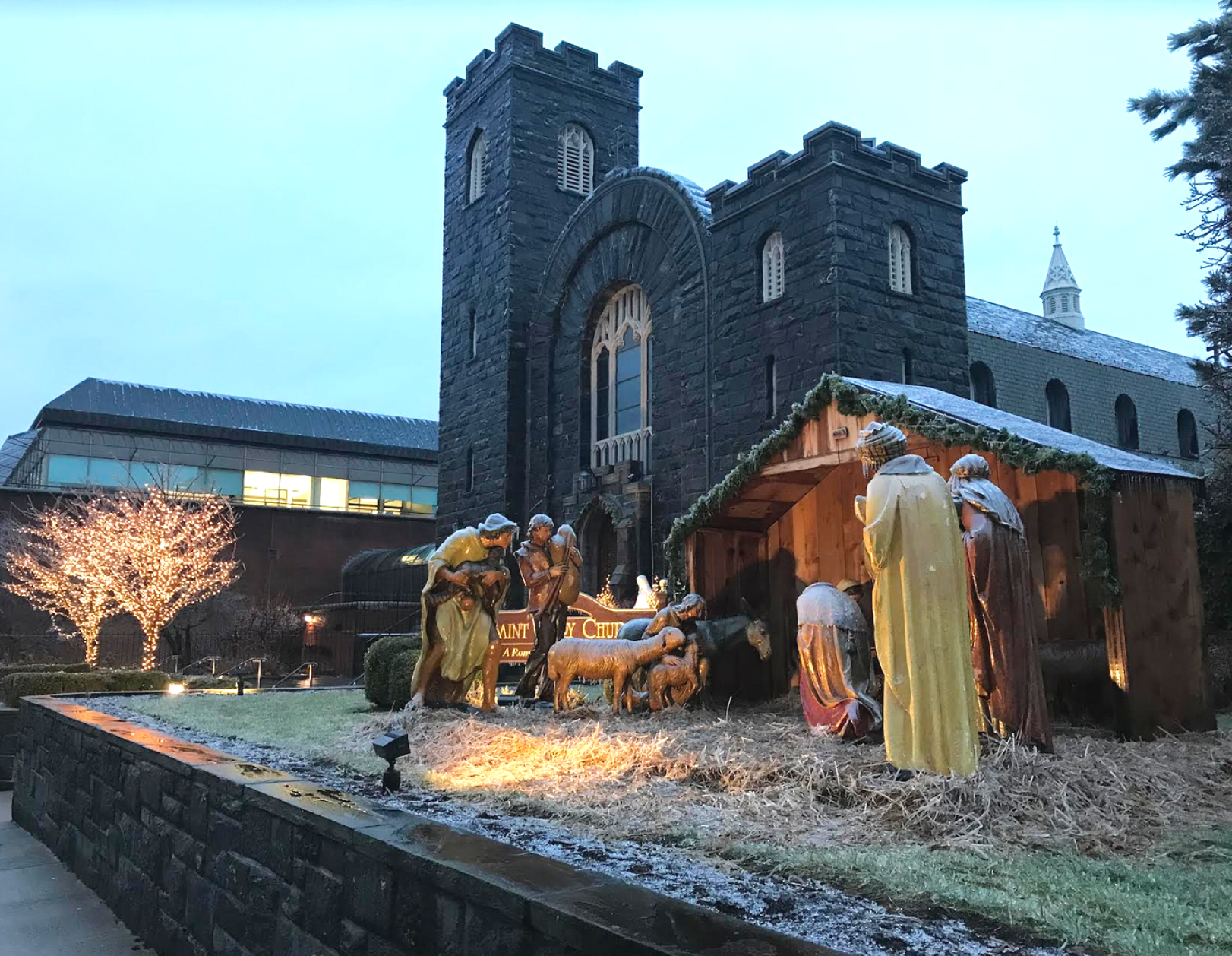 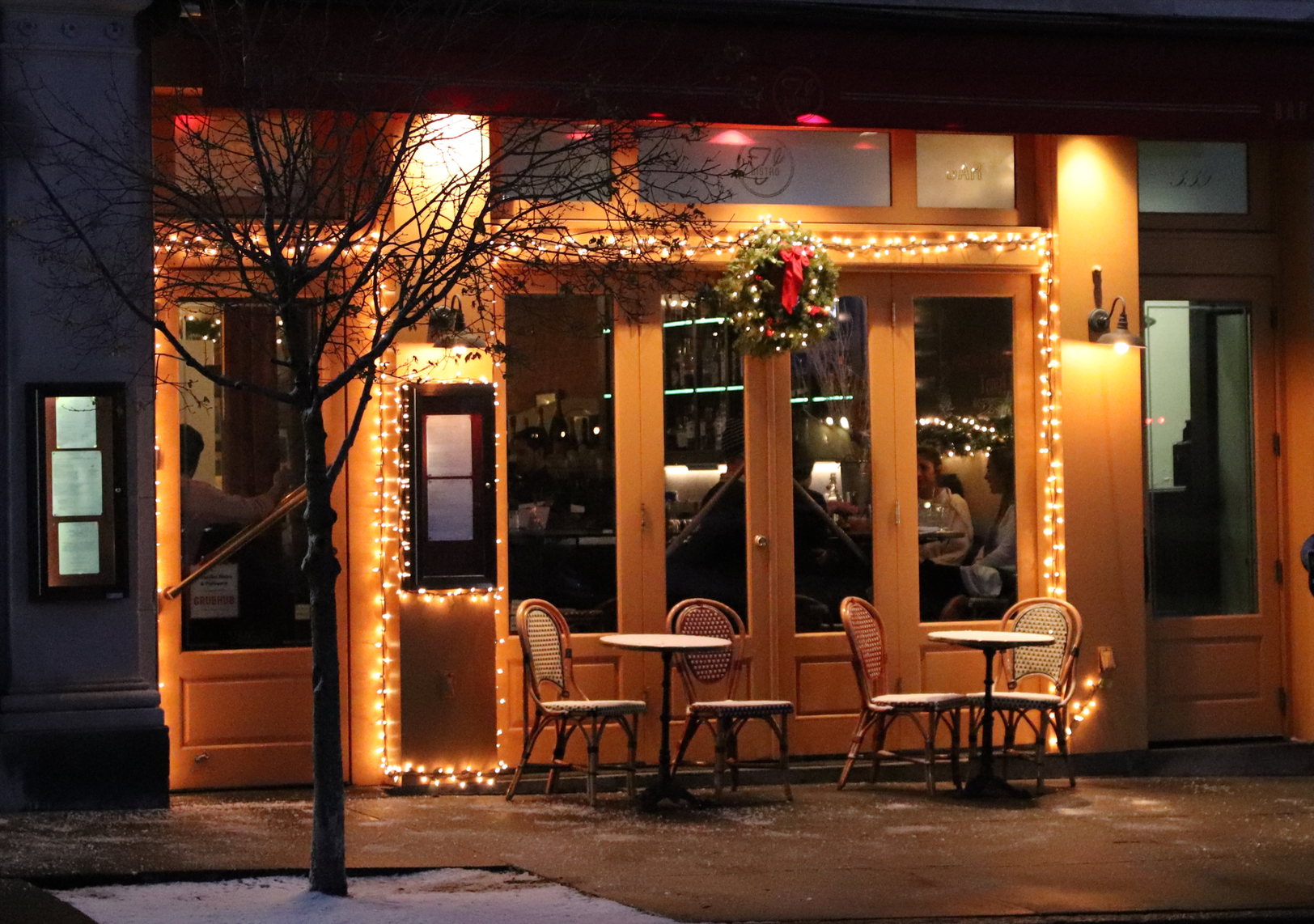 Cozy Bistro V is lit up for the holidays 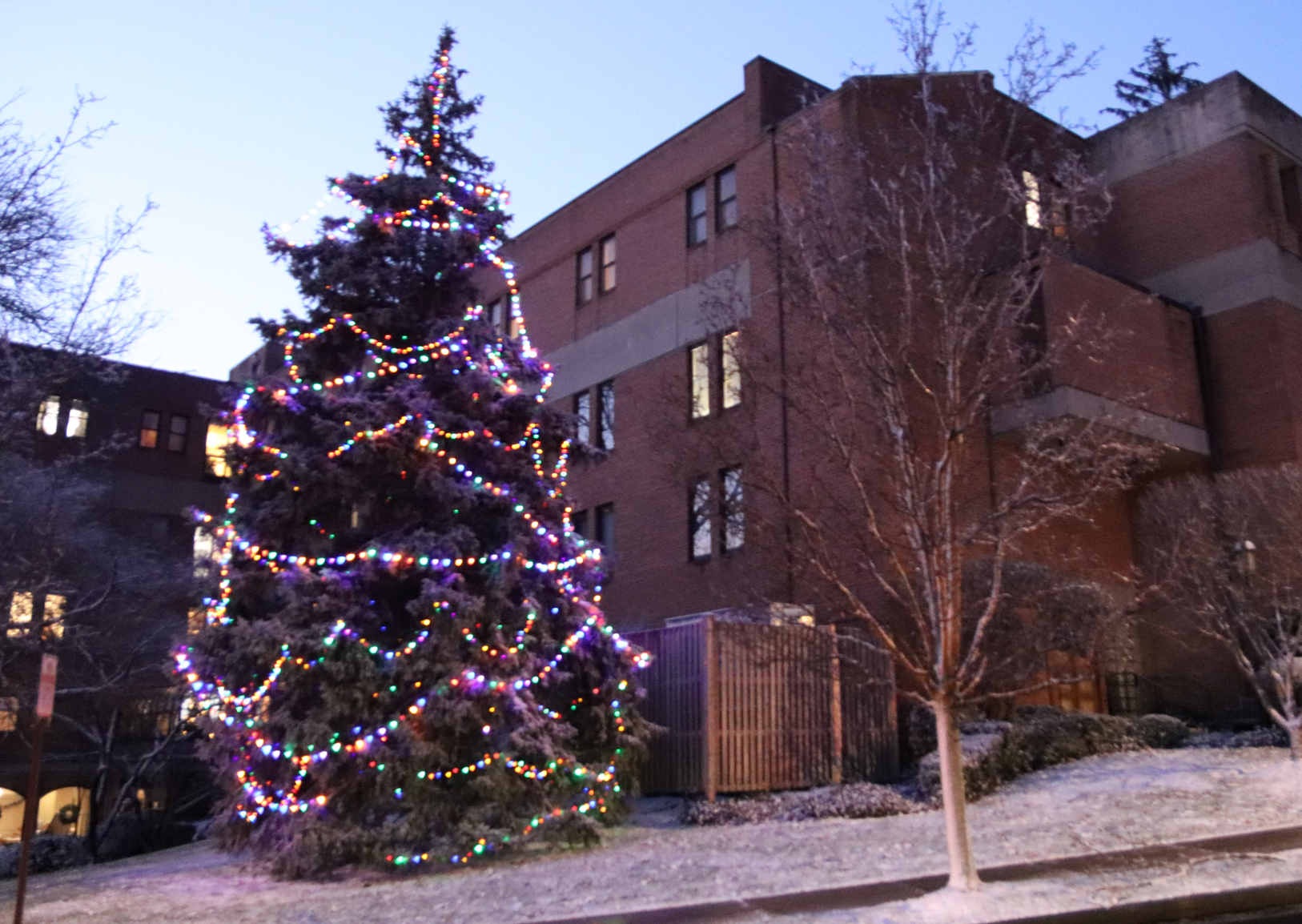 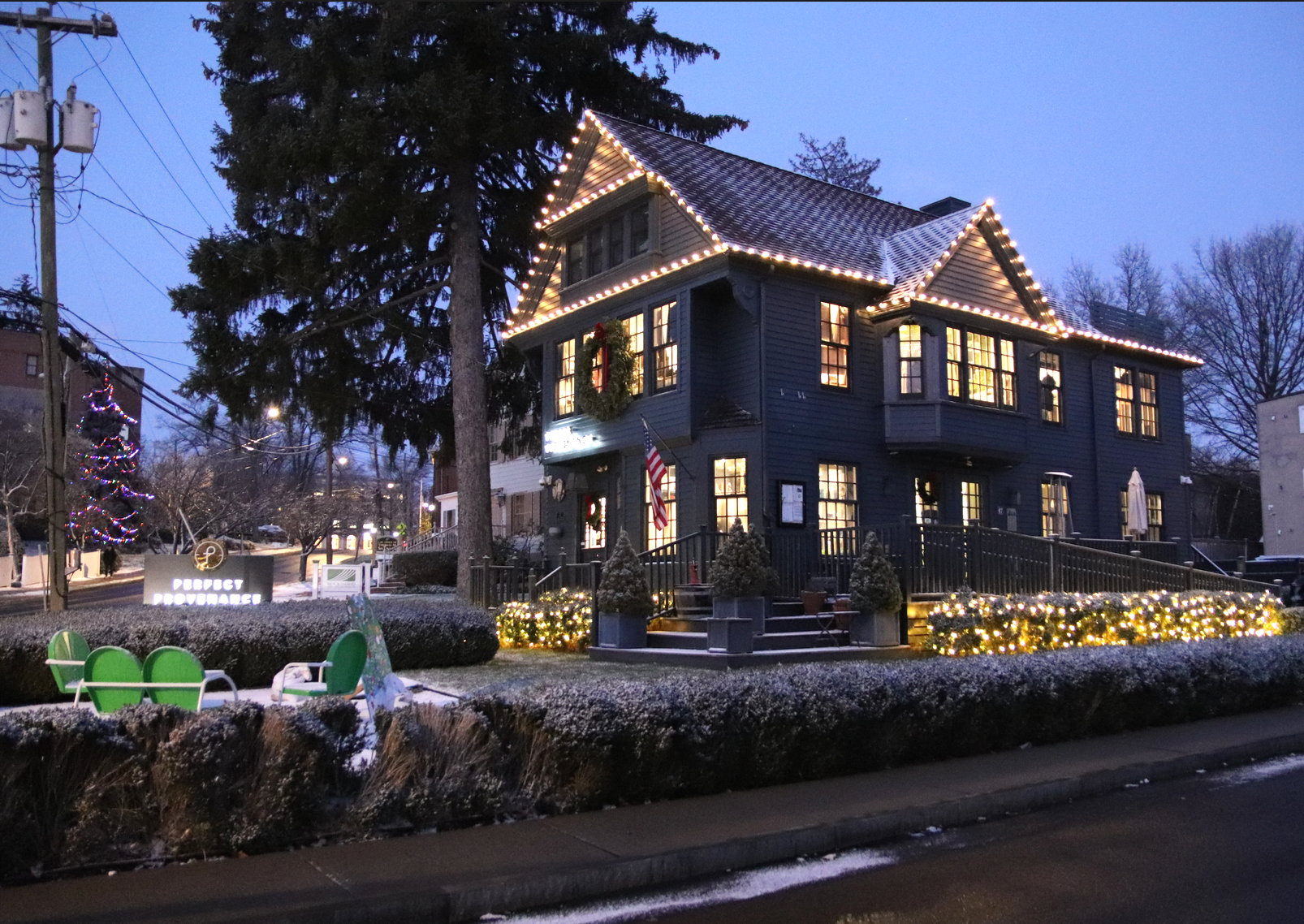 The Perfect Provenance on Arch Street is lined with white lights. Dec 2019 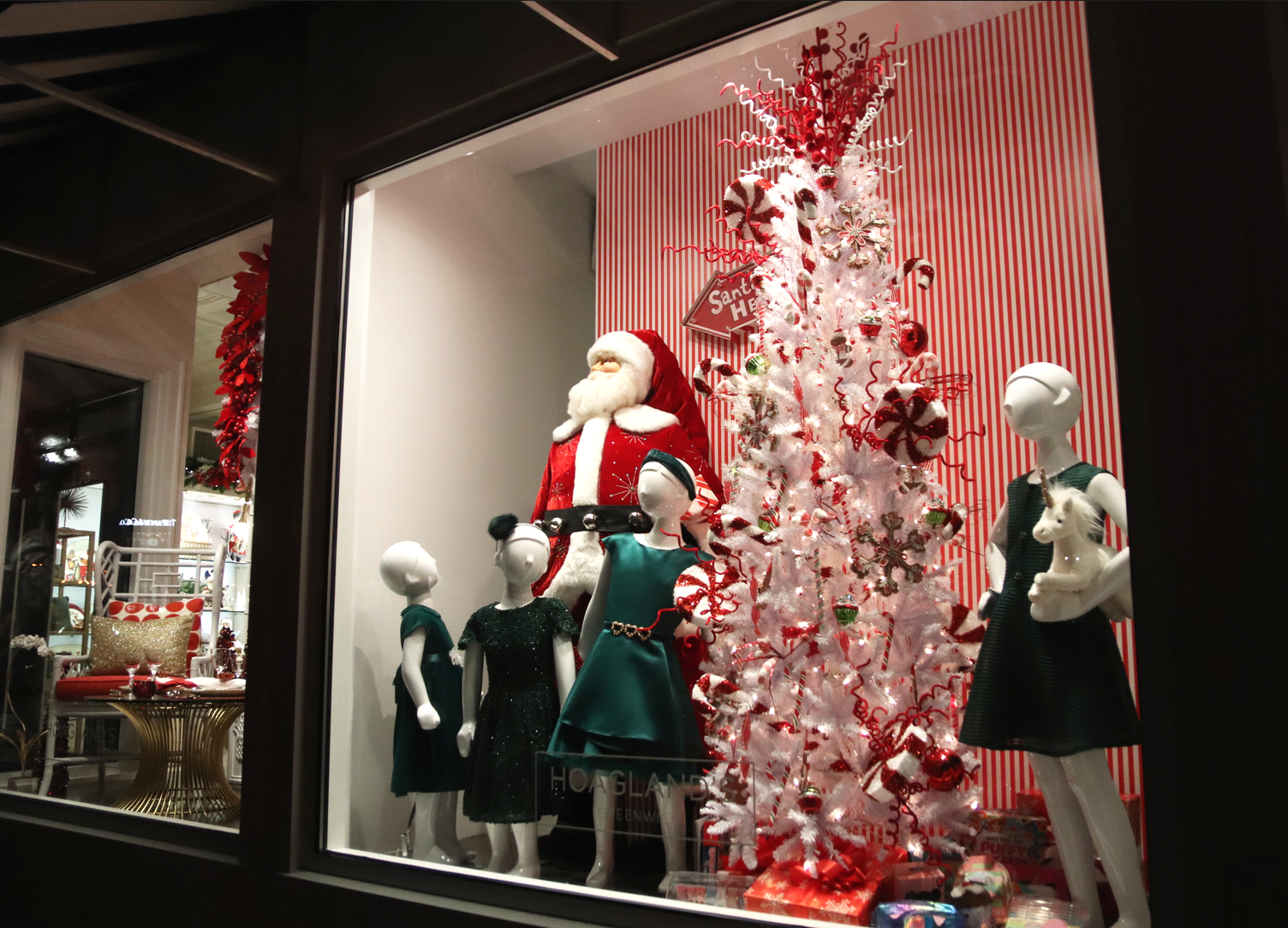 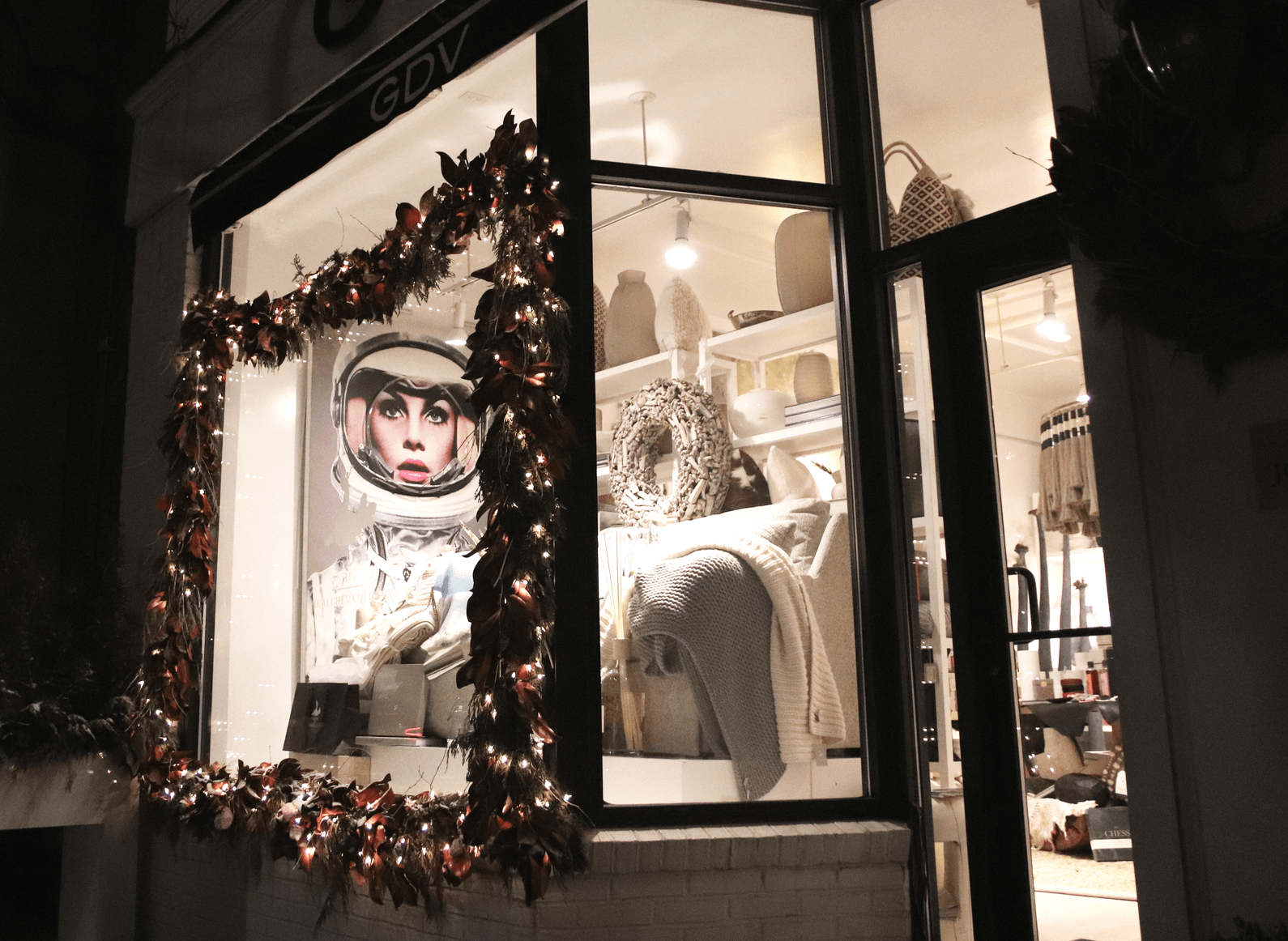 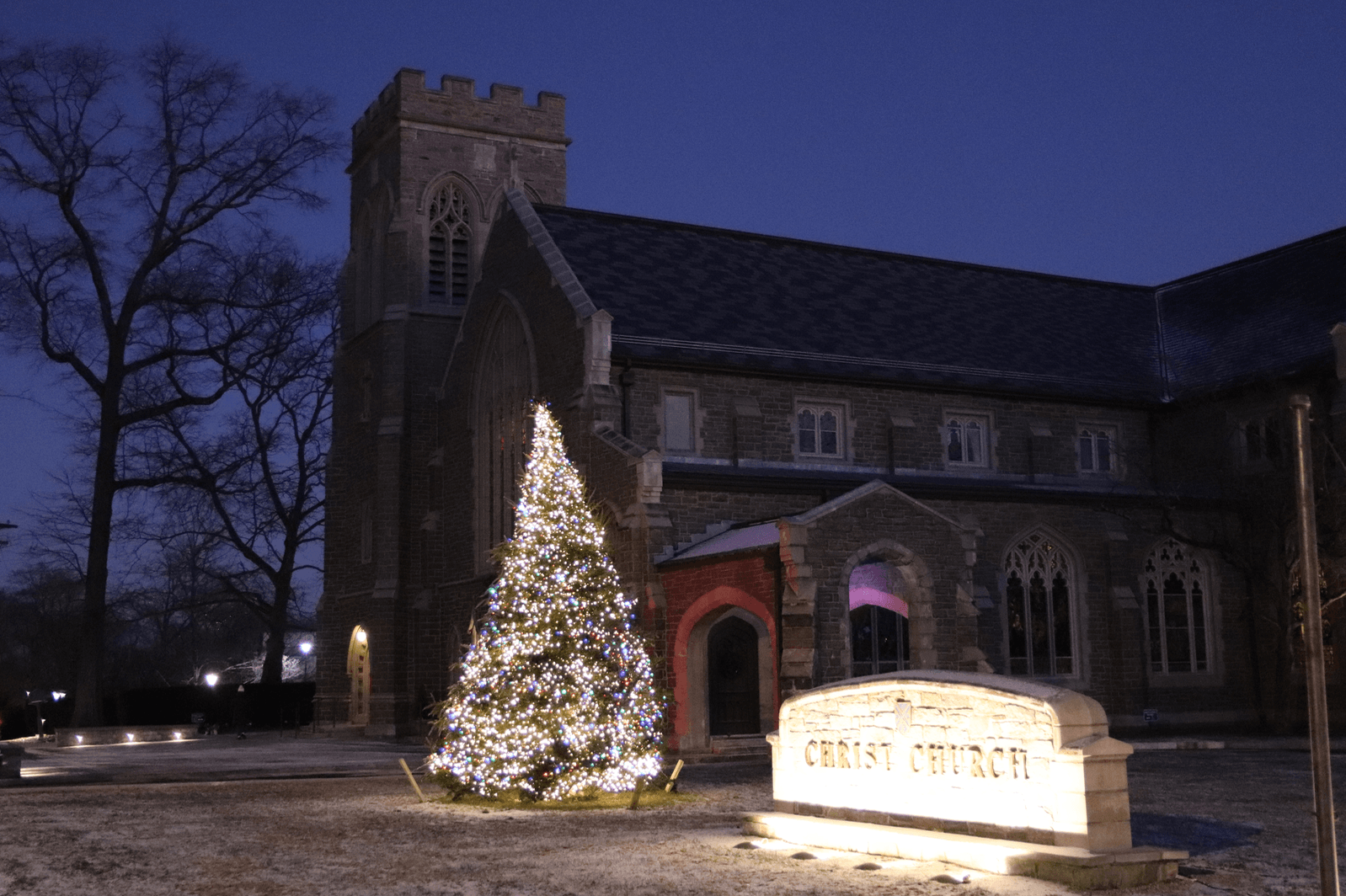 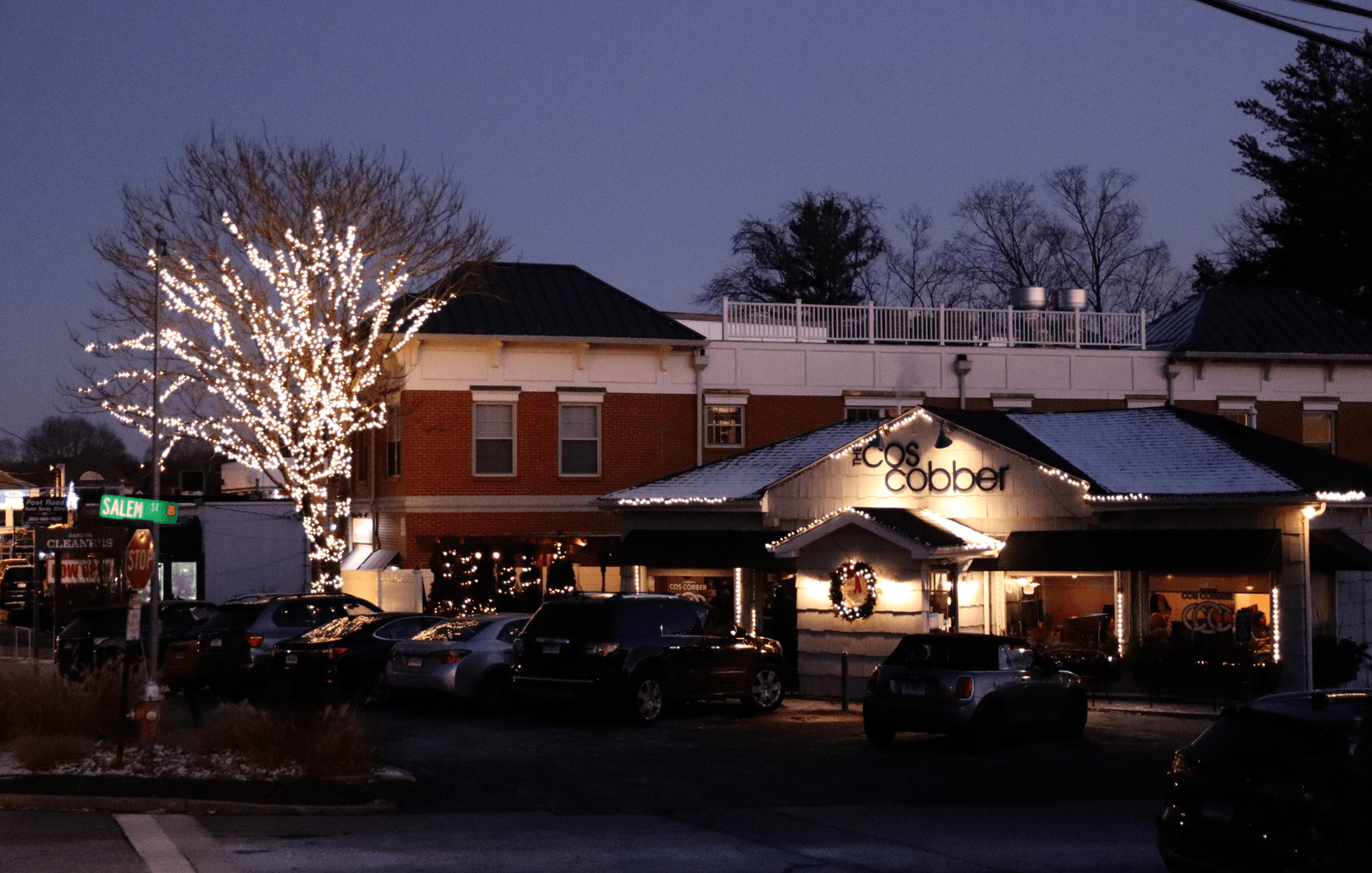 Lights outside the Cos Cobber.