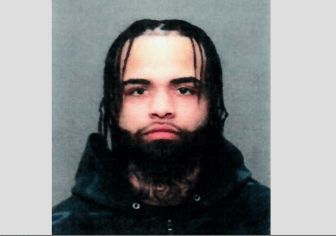 On March 4 Greenwich Police arrested William Tifa and charged him as a Fugitive From Justice.

On Monday Greenwich Police were at Stamford Superior Court where Mr. Tifa, 21, of Wadsworth Ave in New York City, was answering charges from a previous arrest.

GPD were aware of an extraditable warrant for Tifa’s arrest from New York for Sale of a Controlled substance 2. Connecticut Marshals turned Tifa over to Greenwich Police. He was unable to post his $250,000 bond.

Last November Mr. Tifa was arrested for his part in a scheme to obtain cough syrup with codeine, a narcotic, with a fraudulent prescription at North Street Pharmacy in Banksville. Officers converged upon the pharmacy and observed the men in the pharmacy parking lot.

Greenwich Police Lt Slusarz said that there is a subculture in the drug world of people who drink cough syrup.

Investigation revealed that Mr. Tifa and two other men bought cough syrup with codeine with fake prescriptions at 4 additional locations.