On Jan 12, GFP broke the news first of the arrest of  RTM District 8 chair Chris von Keyserling, who was charged with sexual assault 4th degree.

The story has since moved from local Greenwich news to make national and international headlines.

The story garnered  1,900 shares on Snopes.com, who published the actual police warrant for von Keyserling’s arrest.

The  story also made its way to England’s Daily Mail with the headline, “Connecticut politician who was arrested for grabbing a woman’s crotch insists the ‘little pinch’ was a ‘playful gesture.'” That article received 1,700 shares and 285 comments.

The Washington Post wrote that with Donald Trump’s victory, “some see a boogeyman deposed and a license to be un-politically correct,” then seguing to the story of the Greenwich RTM leader.

According to the warrant, the victim initially declined to press charges, opting to let the town’s human resources department handle the situation, but had a change of heart “in order to prevent this from happening to other women.”

According to the warrant, the victim related that on Dec 8, “Around noon she was walking down the hallway within the facility when she ran into von Keyserling….that the two engaged in brief conversation, and he made the comment about not having to be politically correct.

According to the warrant, “the victim replied, ‘If you’re proud of that, I can’t help you,’ to which he replied, ‘You’re nothing but a lazy, bloodsucking union employee.’ She then replied, ‘F*** you’ and walked away.”

The victim relayed that von Keyserling followed her into her office and sat down at another desk. A colleague entered and exited the office and the victim rose to follow, saying she didn’t want to be alone with Mr. von Keyserling. However, to get out of the office she had to walk past him.

According to the warrant, “As she did so, he reached between her legs from behind and pinched her in the groin area.” The victim told von Keyserling he was lucky she didn’t “deck him.”

“She then said that he looked back at me with a really evil look in his eyes and said, ‘It would be your word against mine and nobody will believe you,” according to the warrant.

Mr. von Keyserling’s attorney Philip Russell told Greenwich Free Press that, “Any contact, if it occurred, it was trivial. And from my limited understanding was never meant to be malicious or sexual. The statute seems to require one or the other.”

Removing an RTM Member
This week, RTM Moderator Tom Byrne told Tony Savino on WGCH 1490, that in the wake of RTM’s Christopher Sandys (District 1) being arrested on child pornography possession charges, and Mr von Keyserling’s arrest for sexual assault 4, there was no mechanism for removing an RTM member.

“There is plenty of talk of changing it. You’re right. We suffered  two black eyes. One of the two members who was arrested had the decency to resign,” Byrne said referring to Mr. Sandys. “We’ll see what happens with the other one.”

Byrne said he intended to consult the town law department. “This is not a private association. These are elected officials and what can be done is limited, but we will pursue that, because it is a serious matter.”

Decorum on the RTM and Personal Attacks
Back in 2001, when Lolly Prince was First Selectman, the RTM formed a special committee to write a report on “decorum,” following Mr. von Keyserling’s personal attacks against Susan Beekman, a nominee to be alternate on Inland Wetlands and Watercourses Agency.

After extensive work to determine how the nomination had come undone, the decorum committee, comprised of Joan Caldwell, Robert Brady and Robert Tuthill submitted a 24 page report to the RTM Moderator. 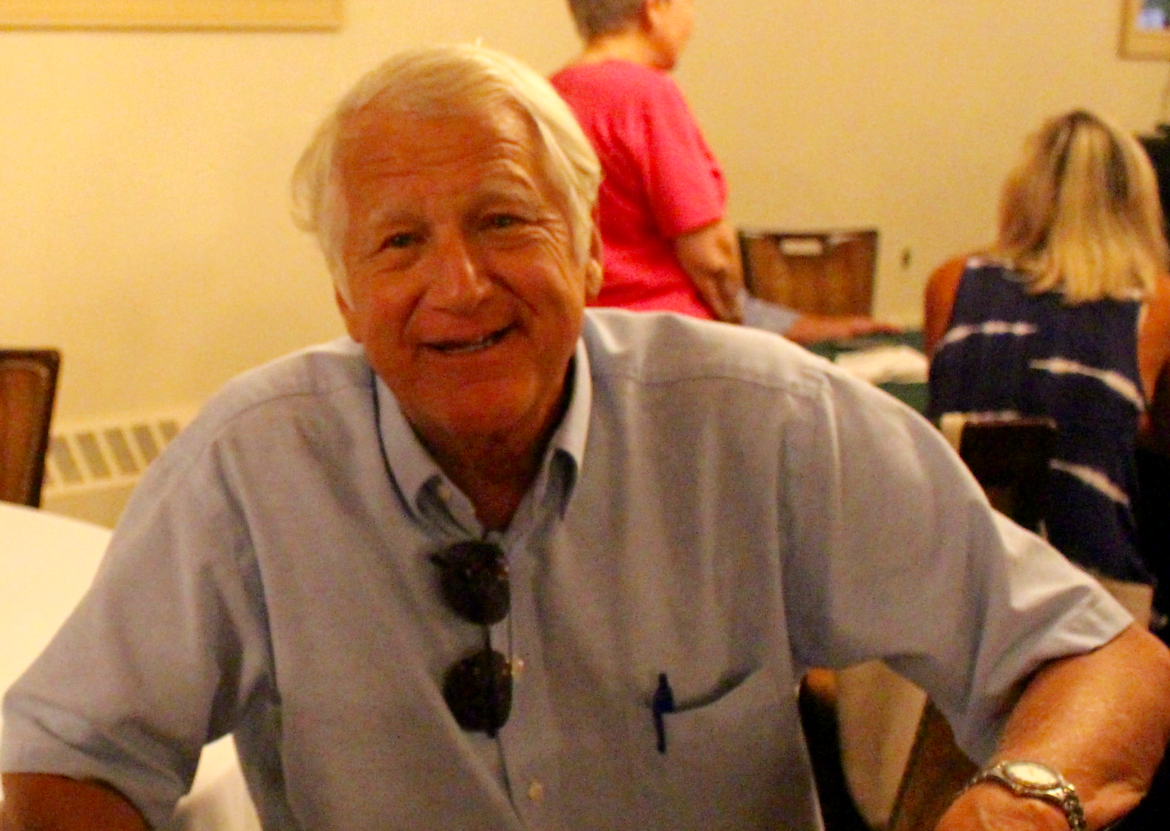 The report recommended “zero tolerance” for personal attacks and insistence on courteous treatment of everyone present at meetings, including nominees.

According to the report, Mr. von Keyserling, a district 8 delegate to the appointments committee, said the nominee had an open Wetlands file and outstanding bond. He also wrote in a Feb 8, 2001 memo that “Beekman’s interview left the bitter tastes of wounded ego and zealous remedy, which prevent objective, dispassionate rule over the interests of others, and may well exhibit the characteristics which have led the Selectmen to remove Agency members in the past.”

In March 2001, the Selectmen reaffirmed Beekman’s nomination, citing no conflict between her and the Wetlands Agency.

In April 2001, the RTM Land Use committee voted to recommend Beekman, who presented her credentials and answered questions.

Mr. von Keyserling was granted the floor. According to the decorum committee’s report, he was critical of the nominee, saying she “is not forthcoming, obstreperous, and not easy to trust, …she lacks credibility… and has demonstrated poor judgement and serious lack of comprehension of the concept, process and gravity required by the IWWA.”

The report pointed out that Roberts Rules of Order Newly Revised provides with respect to decorum in debate that:

Refraining from Attacking a Member’s Motive. When a question is pending, a member can condemn the nature or likely consequences of the proposed measure in strong terms, but he must avoid personalities, and under no circumstances can he attack or question the motives of another member. The measure, not the member, is the subject of debate.”

Mr. von Keyserling has a date scheduled in Stamford Superior Court on January 25, 2017.