RTM District 8 leader, Chris von Keyserling appeared in Stamford Superior Court on Wednesday to appear before Honorable Judge White, after pleading not guilty last month to the charge of Sexual Assault 4th degree, following an incident at The Nathaniel Witherell. 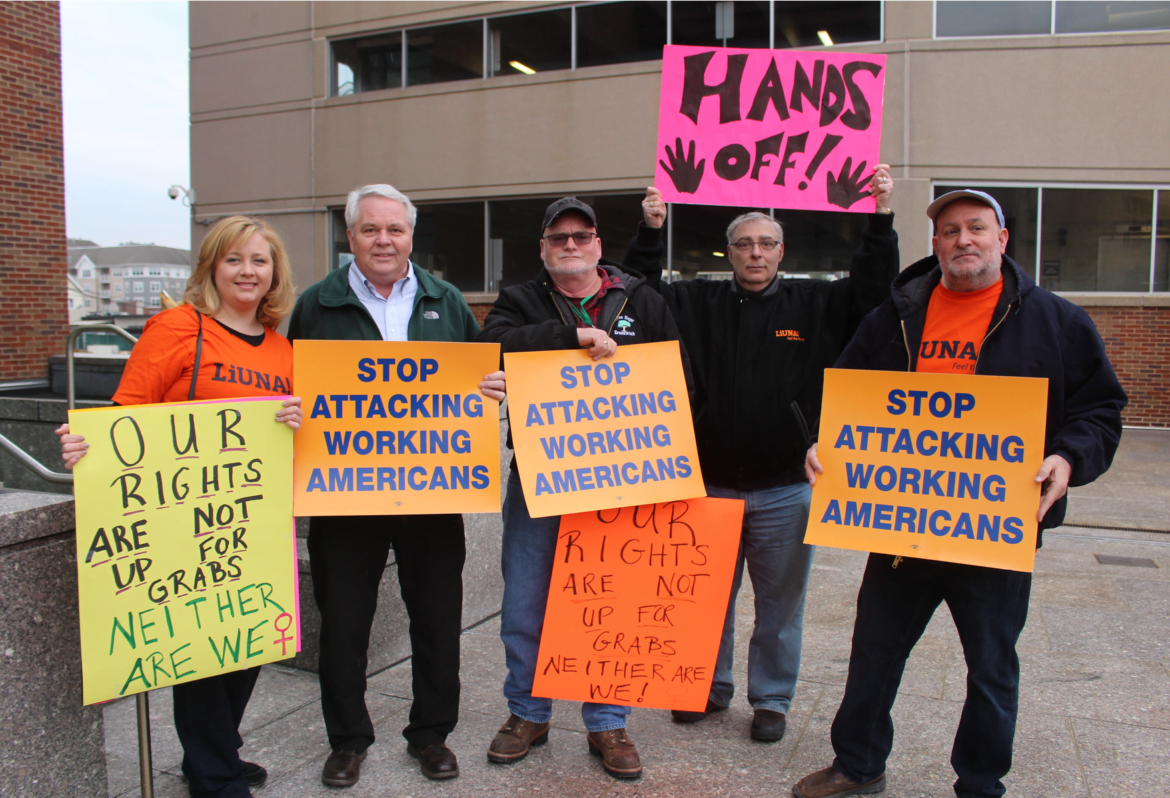 LIUNA union employees from local 136, who work for the Town of Greenwich protesting outside Stamford Superior Court on Wednesday, Feb 22, 2017 Photo: Leslie Yager

According to the arrest warrant, von Keyserling said to his victim, a 57-year-old woman employed by the town-owned nursing care center, “You’re nothing but a lazy, bloodsucking union employee,” before pinching her in the groin.

On Wednesday a group of about 20 waited for over an hour for von Keyserling to arrive at courthouse. They were armed with protest signs that read, “Nope,” “This New World Says No Sexual Assault,” and “The Gig is Up.” 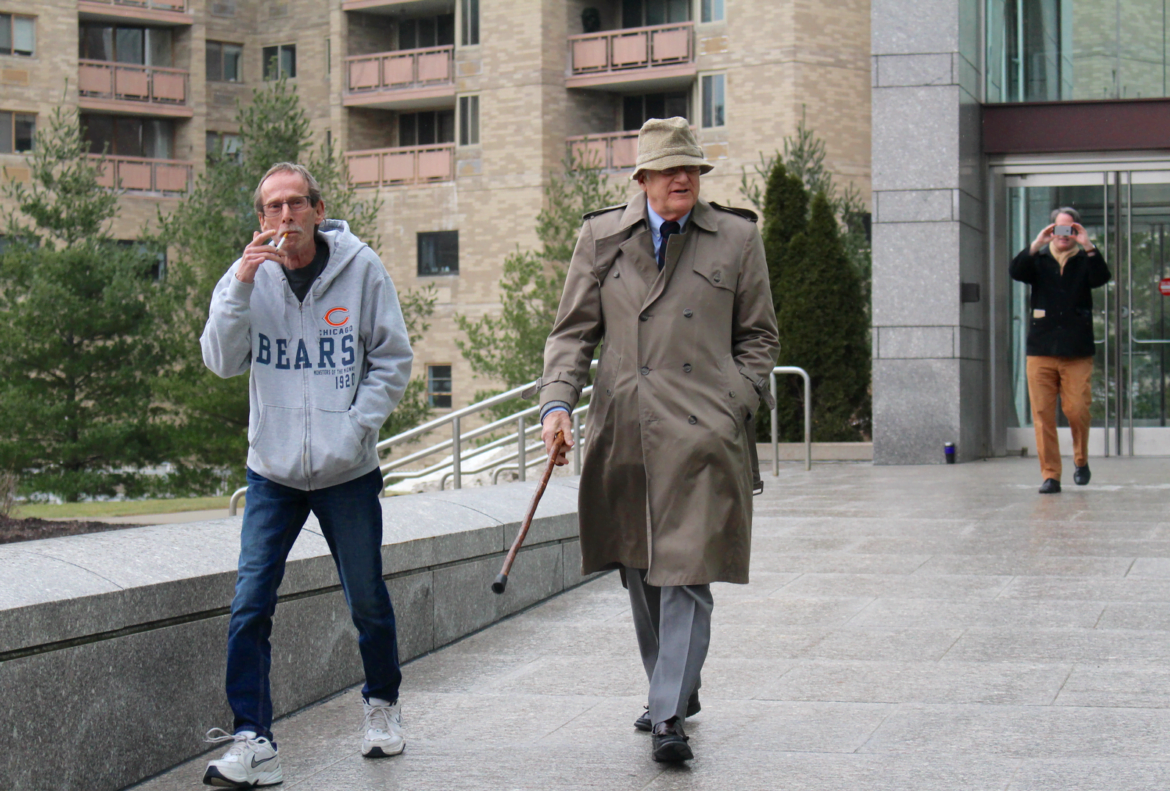 Jacqueline Levin traveled to Stamford from Fairfield with a protest sign that said, “Sexual Predators Do Not Belong in Society.”

“I’m here because of injustice,” she said. I don’t want sexual predators to walk free, especially because of their financial status. It’s a psychological issue with these people. They will never reform.”

“This is probably just the first time he’s been caught. He’s probably been doing this ever since he was in power,” Levin continued, referring to von Keyserling’s position as district 8 leader of the Representative Town Meeting (RTM).

Among the protesters were several Town of Greenwich employees, including Tree Warden Bruce Spaman and Deputy Tree Warden Steve Gospodinoff. 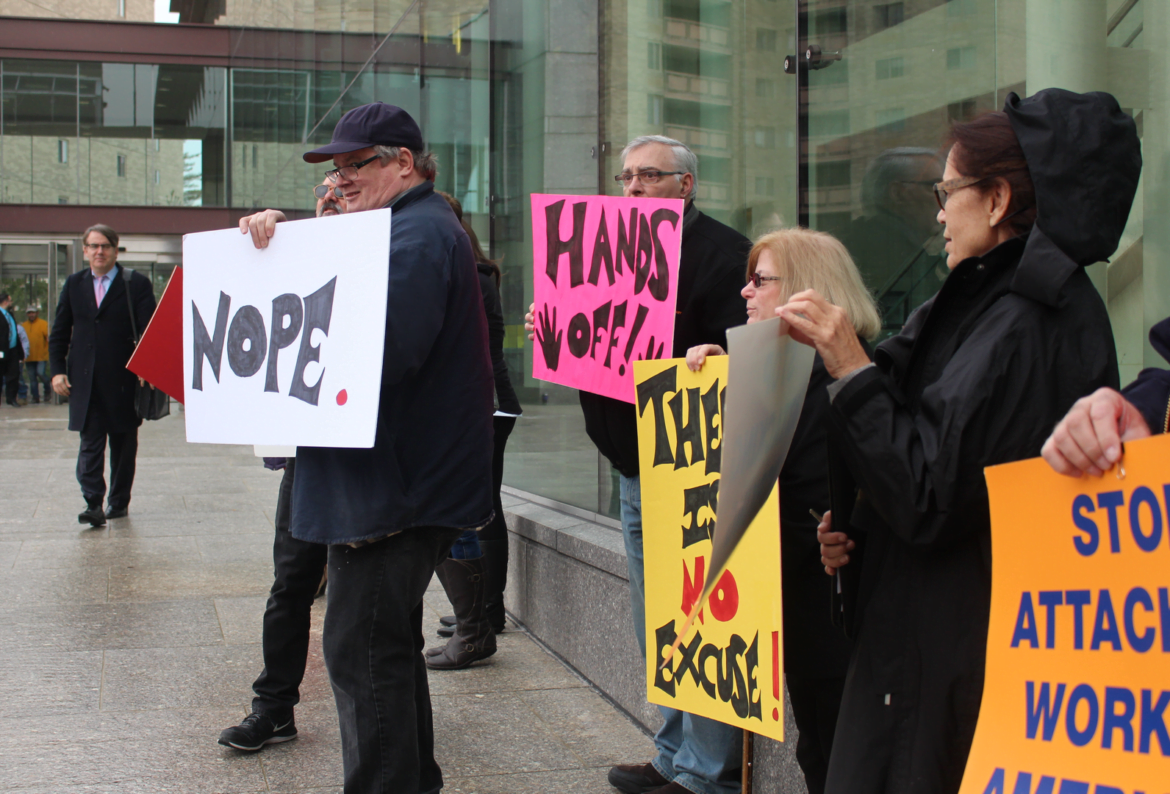 “We’re here to support our union sister,” Gospodinoff said. “I’m sick of being bullied by the RTM.”

“There should be a mechanism to get him off of the RTM,” said Sandy Heath who works at the Witherell.

Gospodinoff said people in Greenwich have been remarking of Mr. von Keyserling’s many years of service to the town. But, he said, of the victim, “She spent 24 years helping people in town. It really pisses me off. She didn’t deserve this at all.”

Bill MacCormick, the business manager for Liuna Local 136, the supervisors union for the Town of Greenwich, said he was disappointed in the management of Nathaniel Witherell.

“We’re here to show support for our sister union member. We’re trying to make her whole and get her back to work,” McCormick said. “And to get the people responsible to take the appropriate steps.”

“The situation was handled completely wrong at the Witherell. Even six weeks into the process, the immediate supervisor would not say what she would have done differently,” McCormick continued, adding that the Town does have a procedure for cases of sexual harassment. 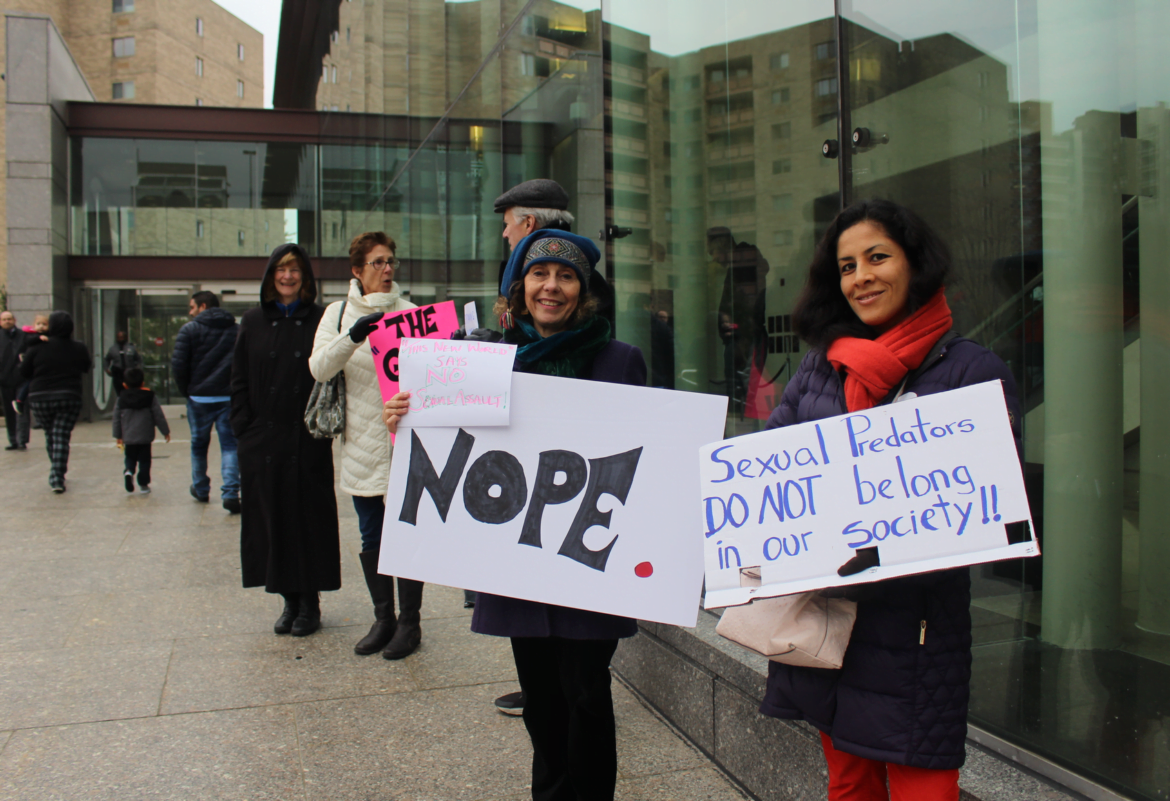 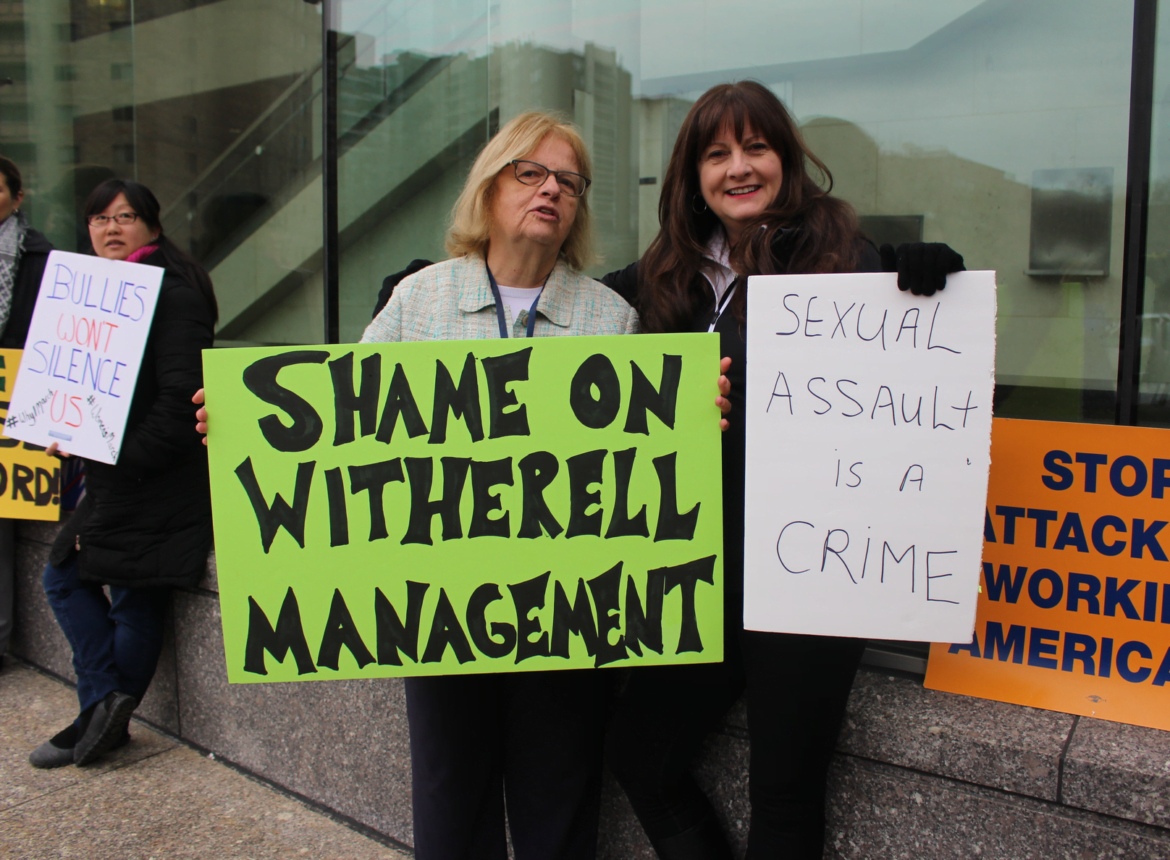 McCormick said it was the union that brought the incident to the attention of the Town Human Resources department, not the Witherell management.

McCormick said it was hypocritical for people to hold up von Keyserling’s service to the town as if it diminished the alleged crime. “People are negating the fact that this individual (the victim) has given 24 years of her life to helping people who need care,” he said.

Mr. von Keyserling arrived at court shortly after 10:00am for his appearance before Honorable Judge White. Walking the gauntlet of protesters, the 71-year-old von Keyserling was silent. However, on his way to the parking garage after his appearance, he shouted at protesters. “Didn’t you hear what the judge said?” he demanded. “He said a person is innocent until proven guilty.”

Mr. von Keyserling, who wore a tan wool blazer adorned with an American flag pin on the lapel and a neatly folded handkerchief in his breast pocket, stood beside his attorney Philip Russell, as the state prosecutor said she wanted more time to interview the victim. He is scheduled to return to court on March 8.

Von Keyserling’s victim remains on leave from The Nathaniel Witherell.

“Because the management are refusing to take action on her behalf and recognize the impact this has had on her, she’s out on leave,” McCormick said.

von Keyserling to Return to Court in Stamford on Wednesday; Rally Against Sexual Assault Planned