Hundreds gathered at the Hyatt Regency in Old Greenwich on Friday afternoon to acknowledge the many successes of citizens within the community. 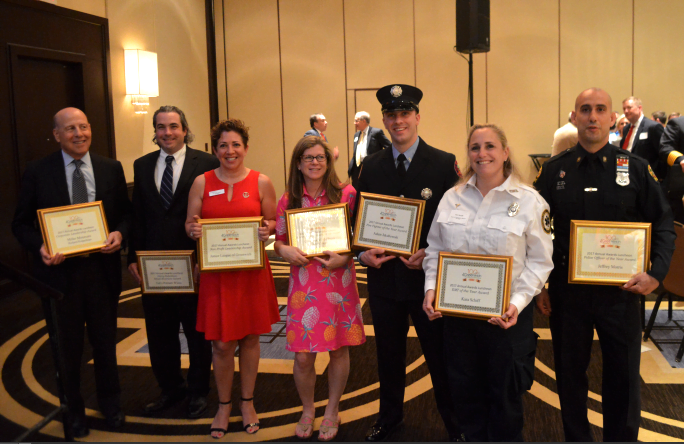 The Greenwich Chamber of Commerce hosted its annual awards luncheon to honor seven significant individuals that have left a grand impact on the prosperity of our town. 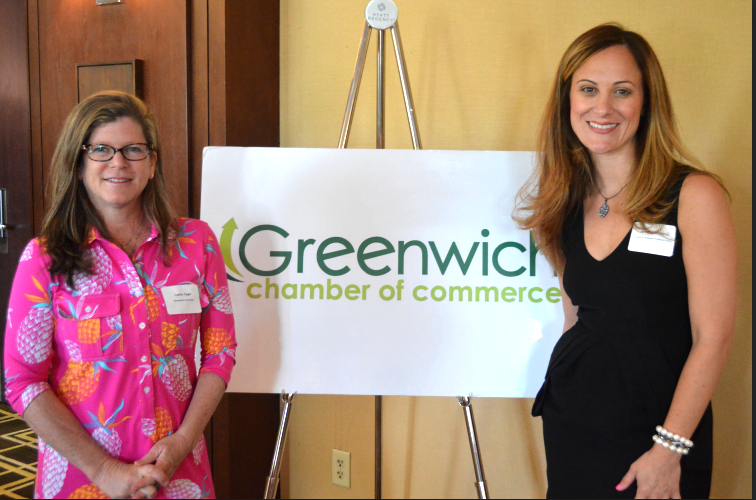 Speakers included Chamber Director Marcia O’Kane, Board Chairman Frank McBrearity, Fred Wilms from Webster Bank who sponsored the event, and First Selectman Peter Tesei. Each emphasized the countless acts of leadership and service of the recipients who have truly shaped the community. 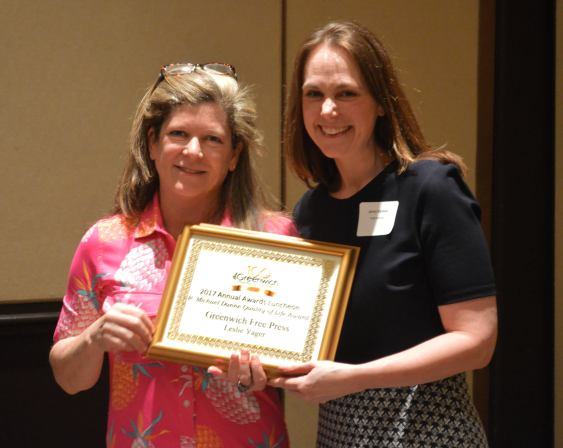 Honorees received their awards from the 2016 recipients. Jenny Byxbee, the recipient of the 2016 R. Michael Dunne Award presented Leslie Yager with the 2017 award. Photo: Julia Moch 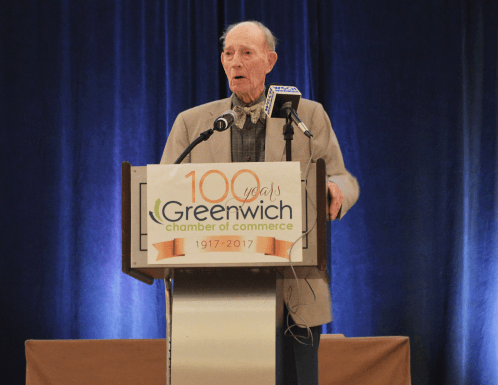 Siecienski also touched upon the dedication of all the award recipients from emergency response teams.

“They put in the blood sweat and tears to serve this community and make Greenwich great,” he said. “Our recipients always embody the skills, the drive and focus all of you would like to have in all of your employees and organizations, so please: hands off.” 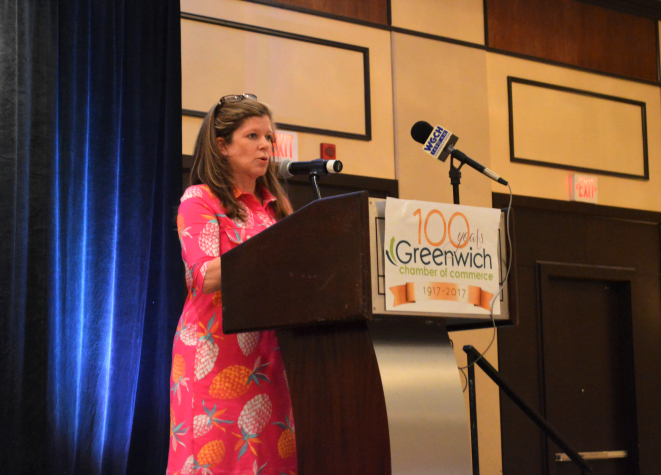 Leslie Yager also received an award for her dedication to hyper-local Greenwich news.

“She is ever present covering this town 24-7, and has set a new standard in media for Greenwich,”said First Selectman Peter Tesei. “Leslie deserves to be recognized for having her figure all around Greenwich.” 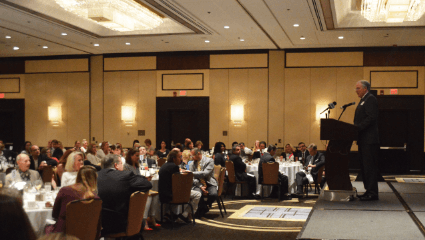 Many gather at the Hyatt in Greenwich to celebrate along with the awardees. Photo: Julia Moch 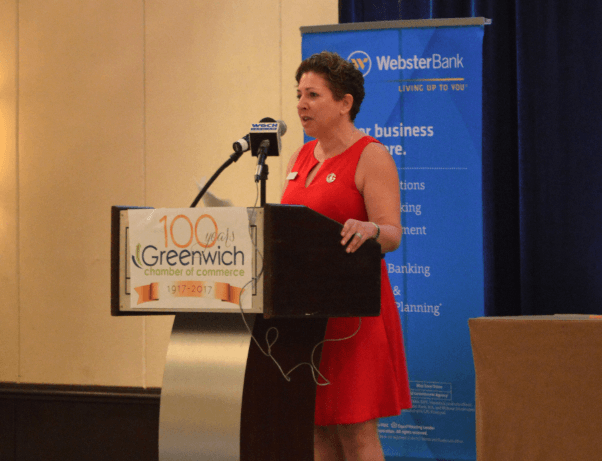 Sue Rogers from the Junior League of Greenwich spoke on behalf of all the women in  the organization. Photo: Julia Moch