The works on display, many of which are on loan from the Norton and Nancy Dodge Collection, were made as a form of resistance to the state mandated style of Socialist Realism.

Socialist Realism grew out of the union’s desire to regulate the artistic freedoms of the public, but nonconformists continued to make art that protested this sanction. Artists such as Boris Mikhailov used photography to subtly challenge the Soviets; the clashing colors of Mikhailov’s photos adds to their unsettling nature.

By contrasting the bleak images of Soviet lifestyle during the war with bright colors, Mikhailov is able to draw the viewer in and make them question the state of the union. 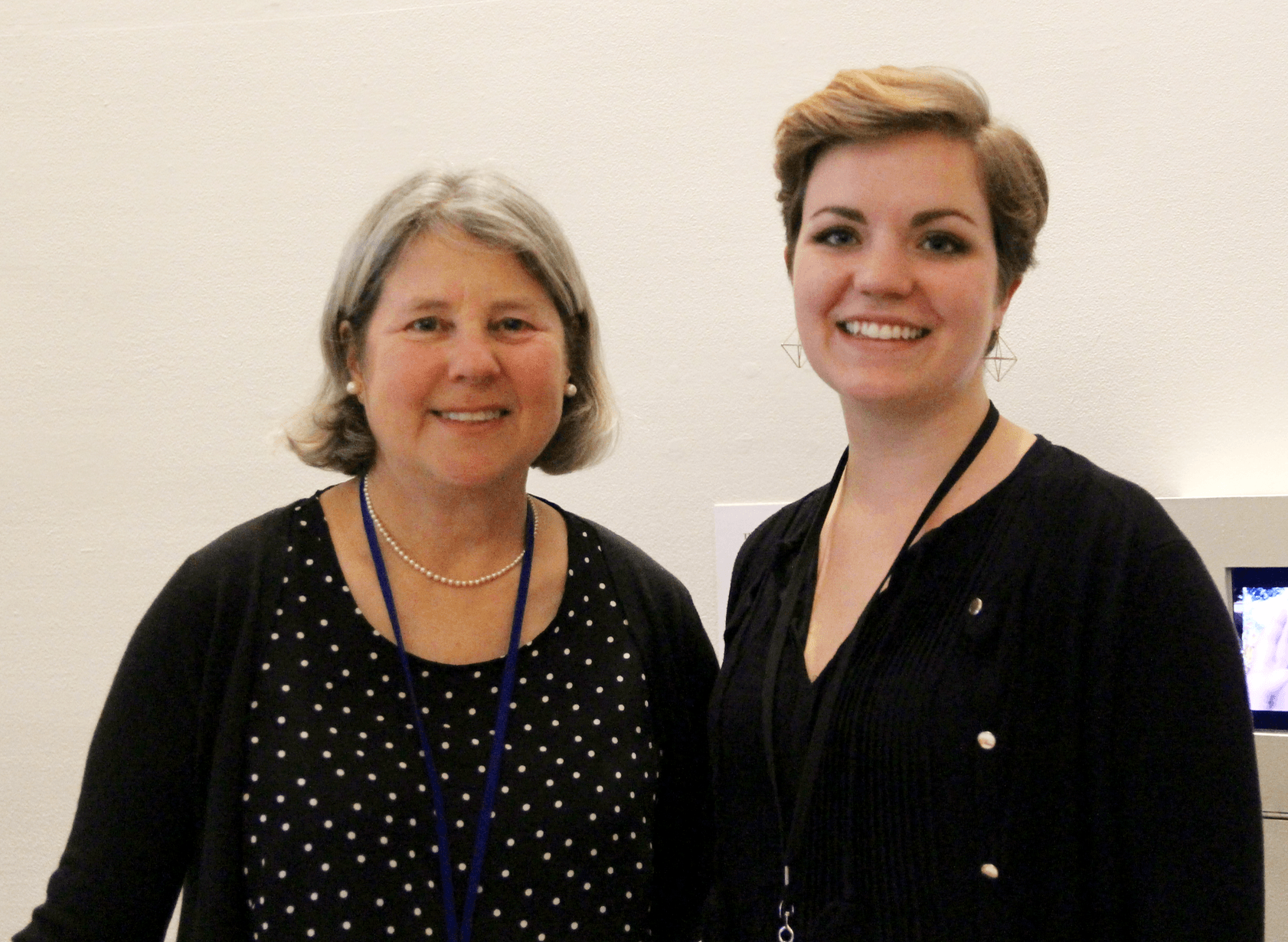 Other works featured in the show were created as wartime pro-Soviet propaganda; Ferocious Appetite, by Aleksander Zhitomirsky, transforms an American general into a destructive monster. Art created in the Soviet Union during the Cold War represents the opinions of those that experienced it – just as art was created in support of the war, nonconformists created art to protest it.

In addition to the variety of artforms on show in the gallery, artifacts from the Cold War – such as an Atomic Reactor, a dog space suit, and multiple models and prototypes – are also on display. 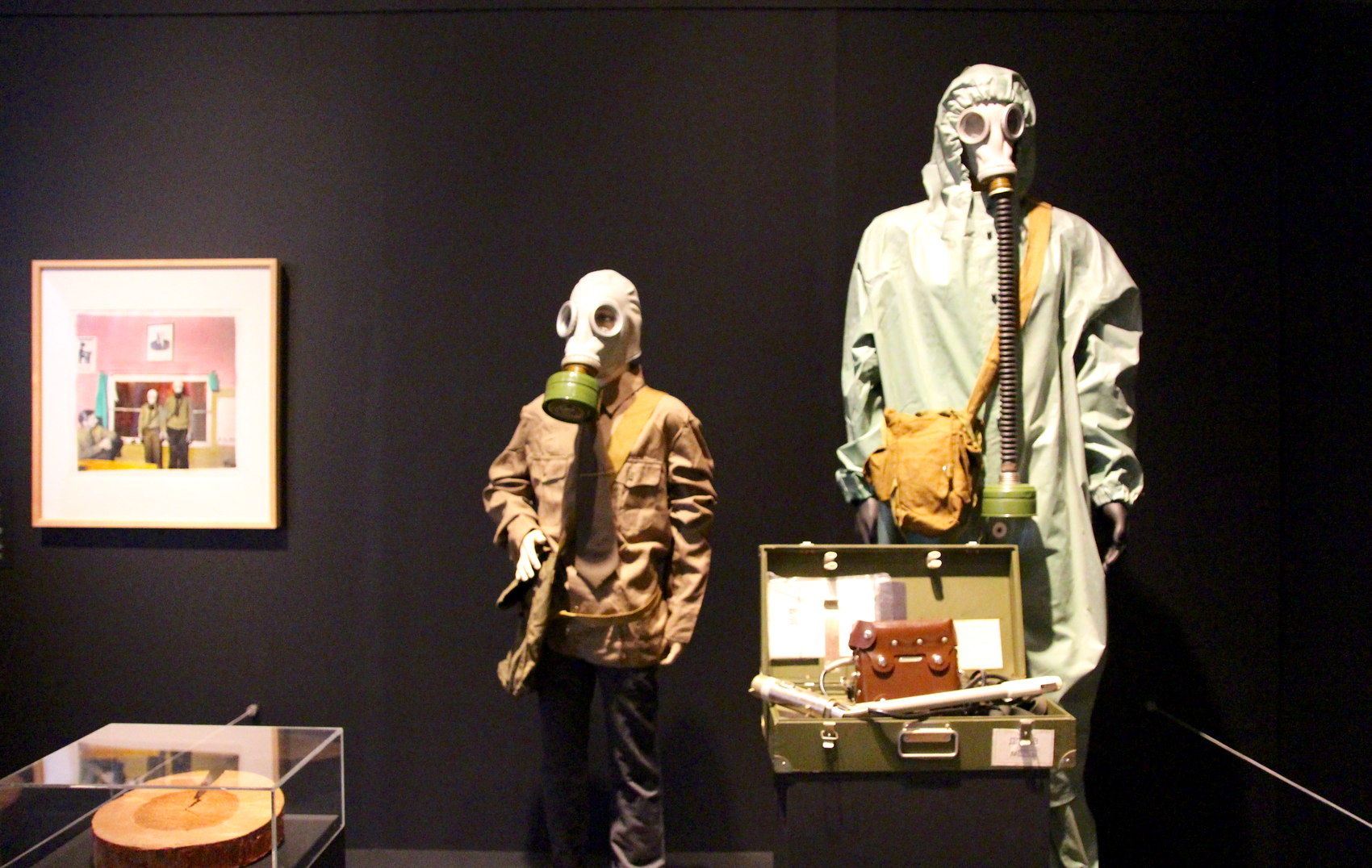 Bruce Museum’s Curator of Science Daniel Ksepka guided press through “Hot Art in a Cold War,” which continues through May 20. The exhibit explores the anxious realities and utopian fantasies of everyday Soviet life in the second half of the twentieth century.

Dr. Ksepka told viewers during the open house that he hoped to show them the “heights and low points of the nuclear arms race and the space race.”

While Ksepka lead the science portion of the tour, Ksenia Nouril stood at his side and guided viewers through the artistic highlights.

Ms. Nouril said she felt compelled – finally – to make an exhibition that she felt an American audience could relate to, remarking that everyone came to the gallery with at least a knowledge of what happened in America without knowing the other side. 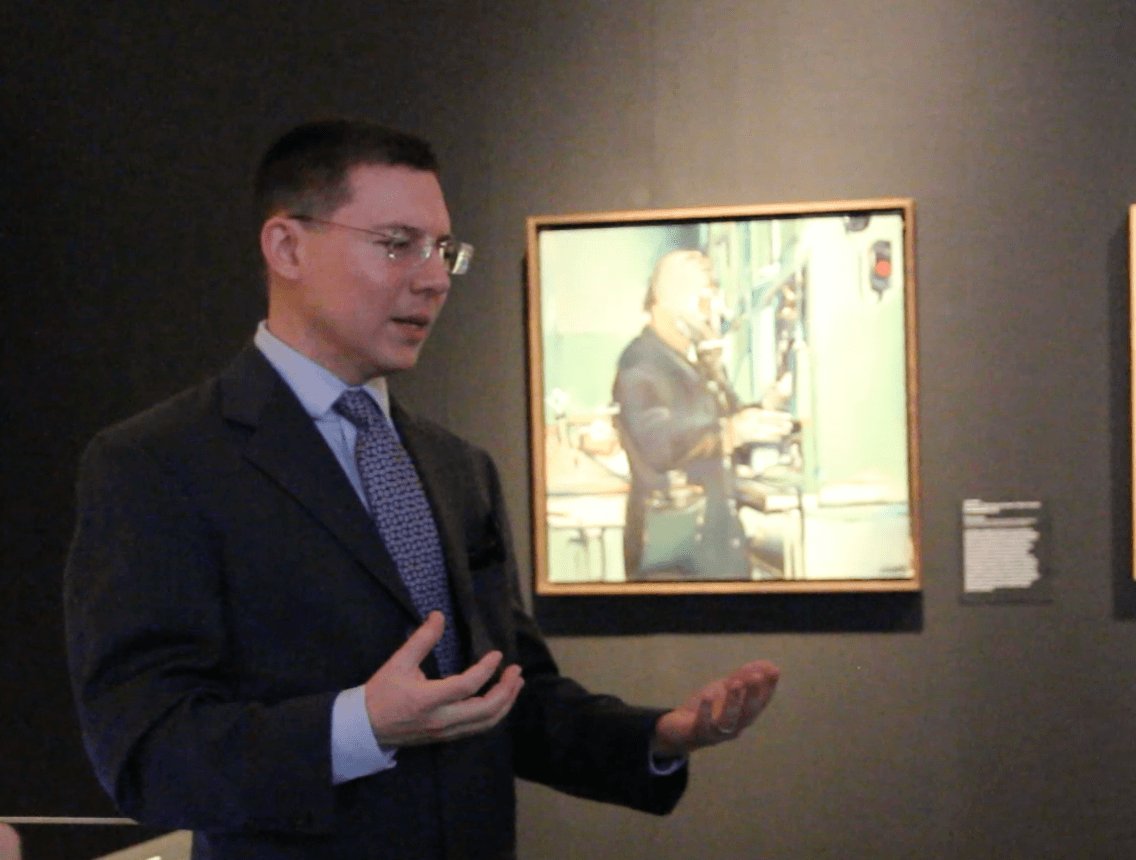 Dr. Daniel Ksepka guided press through “Hot Art in a Cold War,” which continues through May 20. 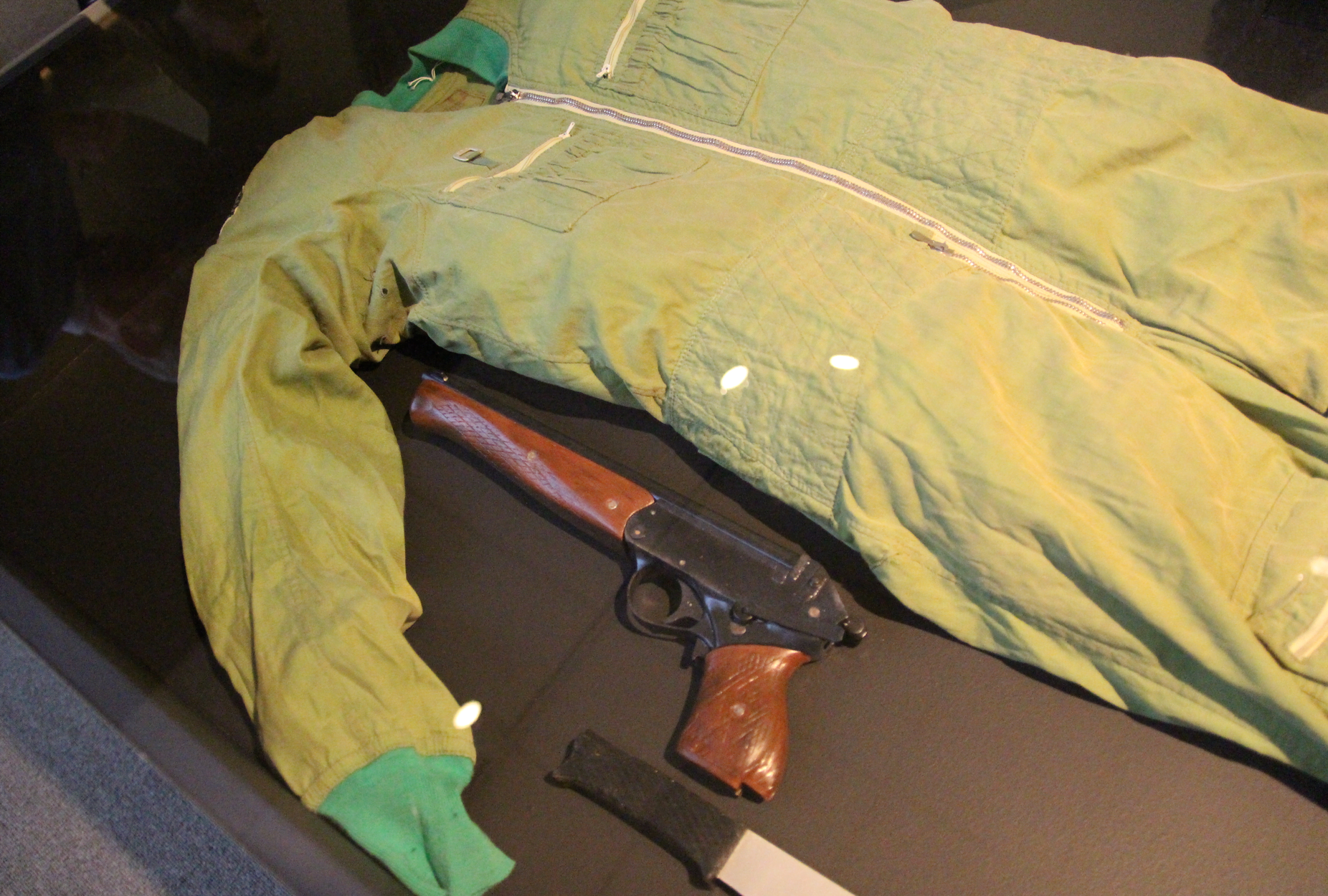 TP-82 Space Gun (replica) Perhaps the most striking item included in cosmonaut survival kits was the triple-barreled TP-82 survival pistol. Designed to fire shotgun cartridges, rifle cartridges, and flares, the gun could be used to both fend off a bear attack and signal for help. It also housed a machete. 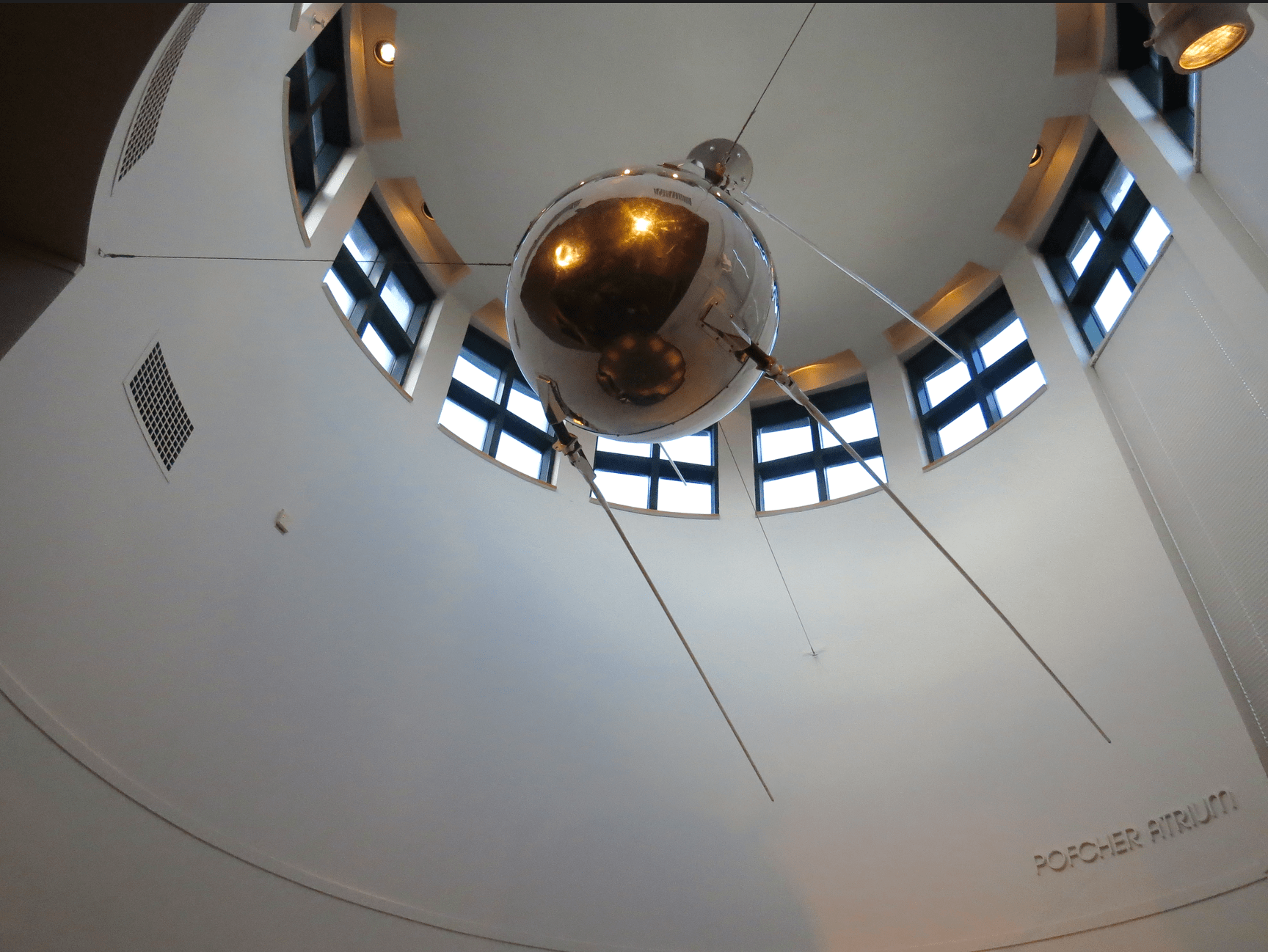 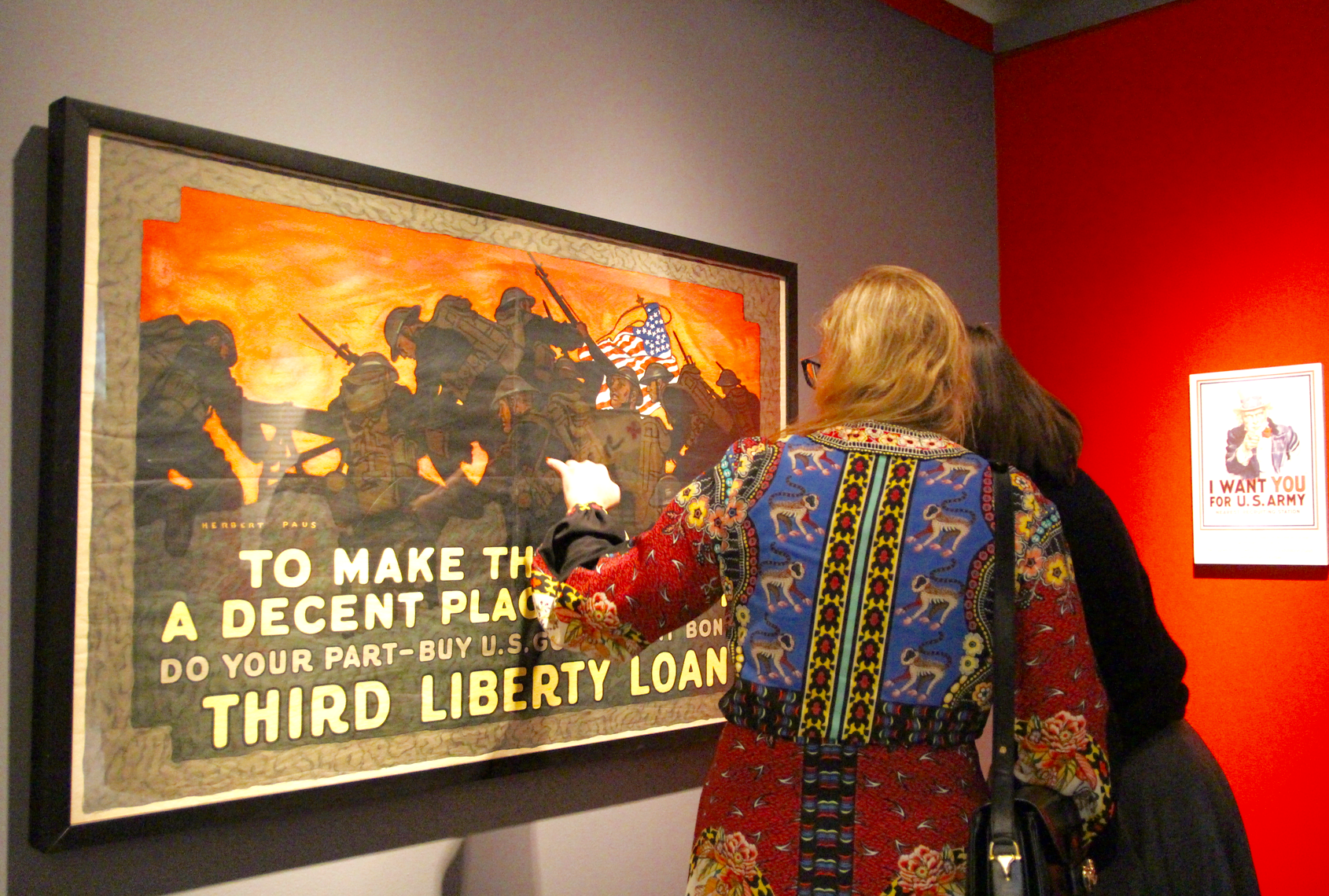 Enlist! When Woodrow Wilson asked Congress to declare war on Germany in 1917, the US had already begun to expand its military. Many young men, encouraged by posters depicting alluring women and the promise of adventure, volunteered. However, they were not enough to sustain an overseas conflict, and a draft was instated. That same year, Wilson asked prominent newspaper George Creel to head America’s official government propaganda agencies, which included the Division of Pictorial Publicity. With his abundant Midwestern charm and dashing good looks, Creel successfully rallied fine-art painters and popular commercial illustrators to produce posters for government and recruitment agencies such as the US Navy and Air Service. At the end of World War I, over 25 percent of the entire male population of America between the ages of 18 and 31 years of age was in military service.

The press tour also included an exhibit entitled Patriotic Persuasion: American Posters of the First World War, which  features a selection of works donated to the Bruce Museum by Beverly and John W. Watling III. This exhibit runs through June 3, 2018. 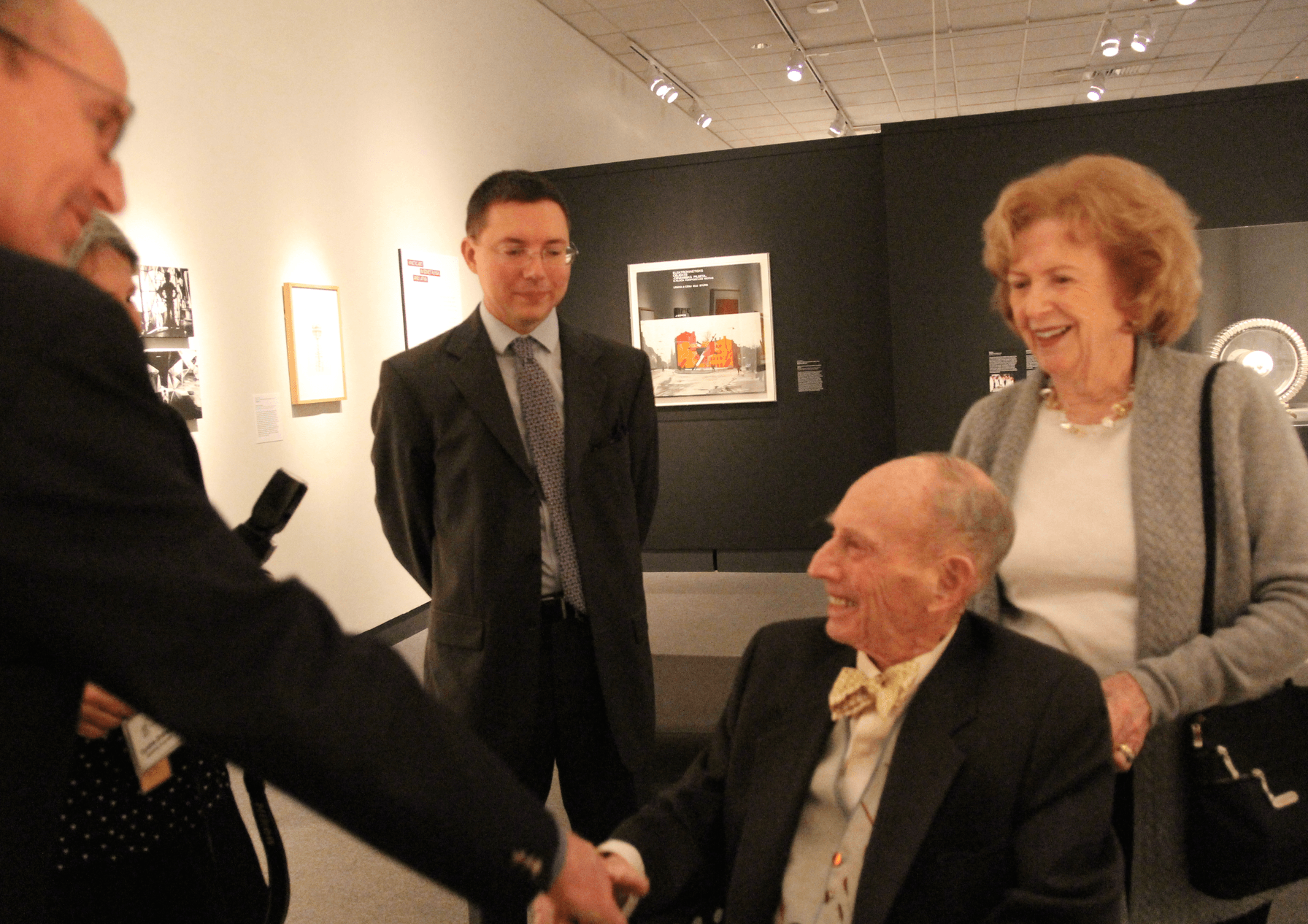 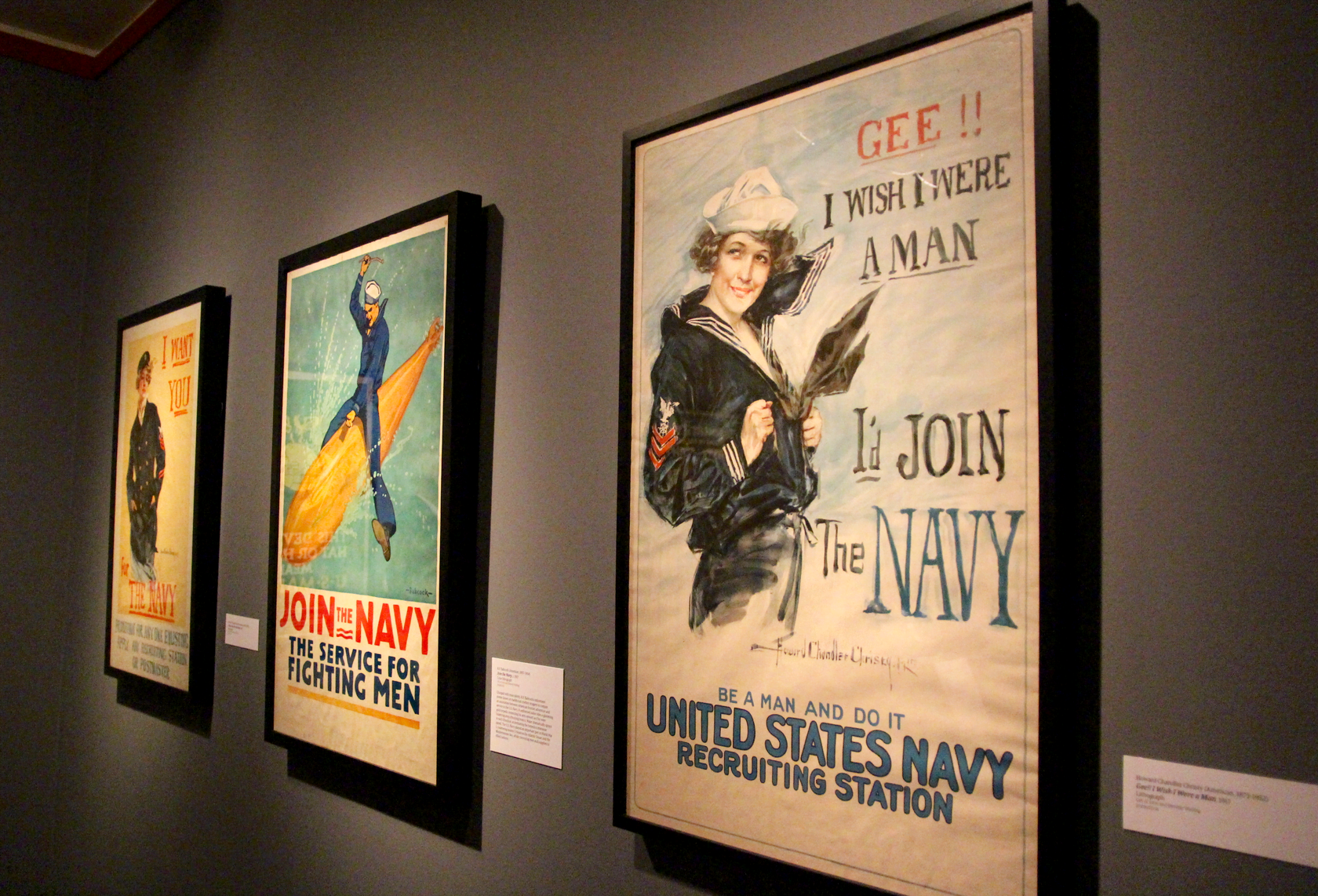 The United States involvement in World War I lasted only a brief twenty months, from April 1917 to November 1918, but the nation’s military and propaganda strategies were of enormous consequence.

Hot Art in a Cold War: Intersections of Art and Science in the Soviet Era exhibit runs through May 20, 2018. 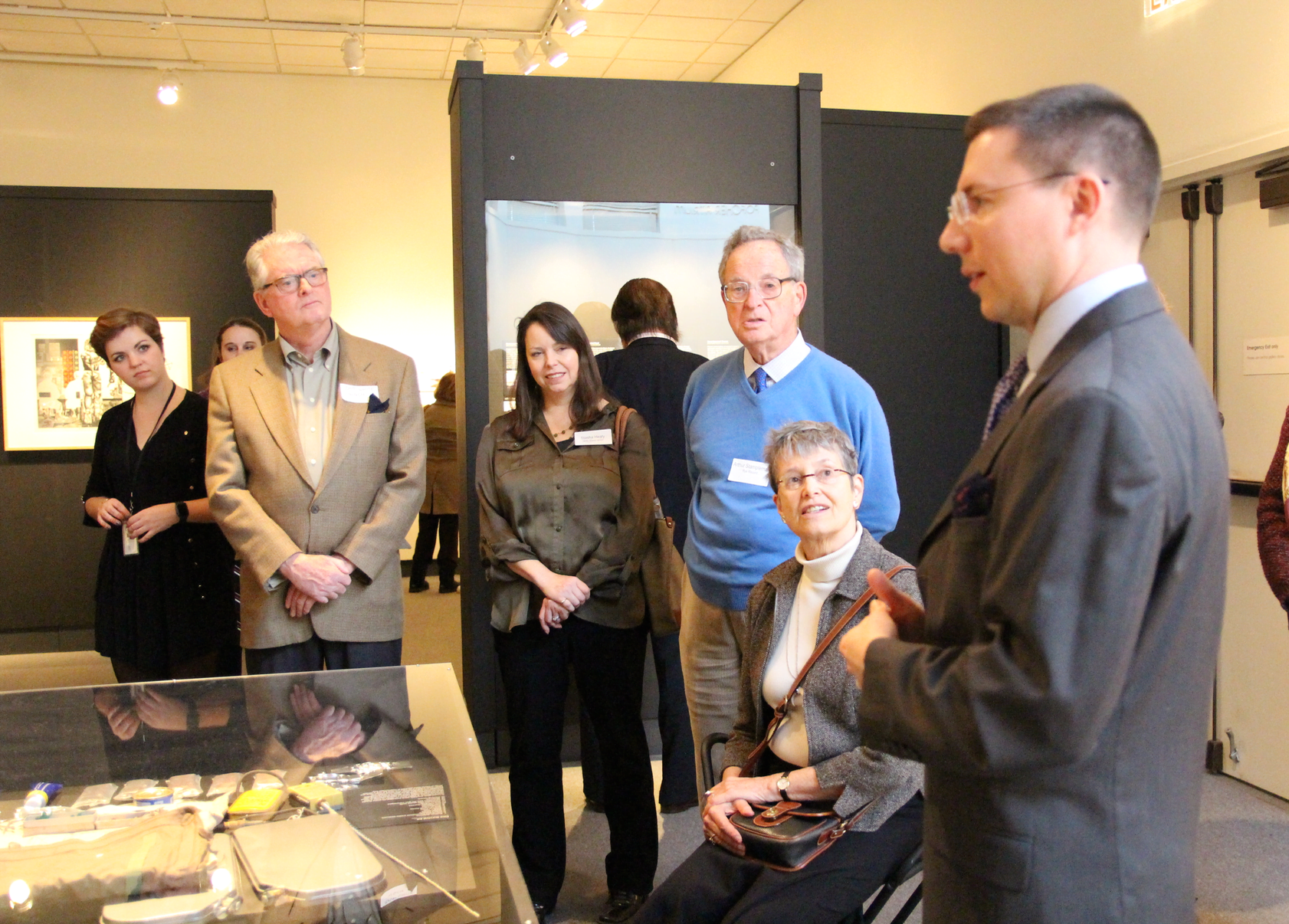 Dr. Daniel Ksepka guided press through “Hot Art in a Cold War,” which continues through May 20.

With recent changes to the Facebook news feed, we suggest you subscribe to the daily Greenwich Free Press newsletter.