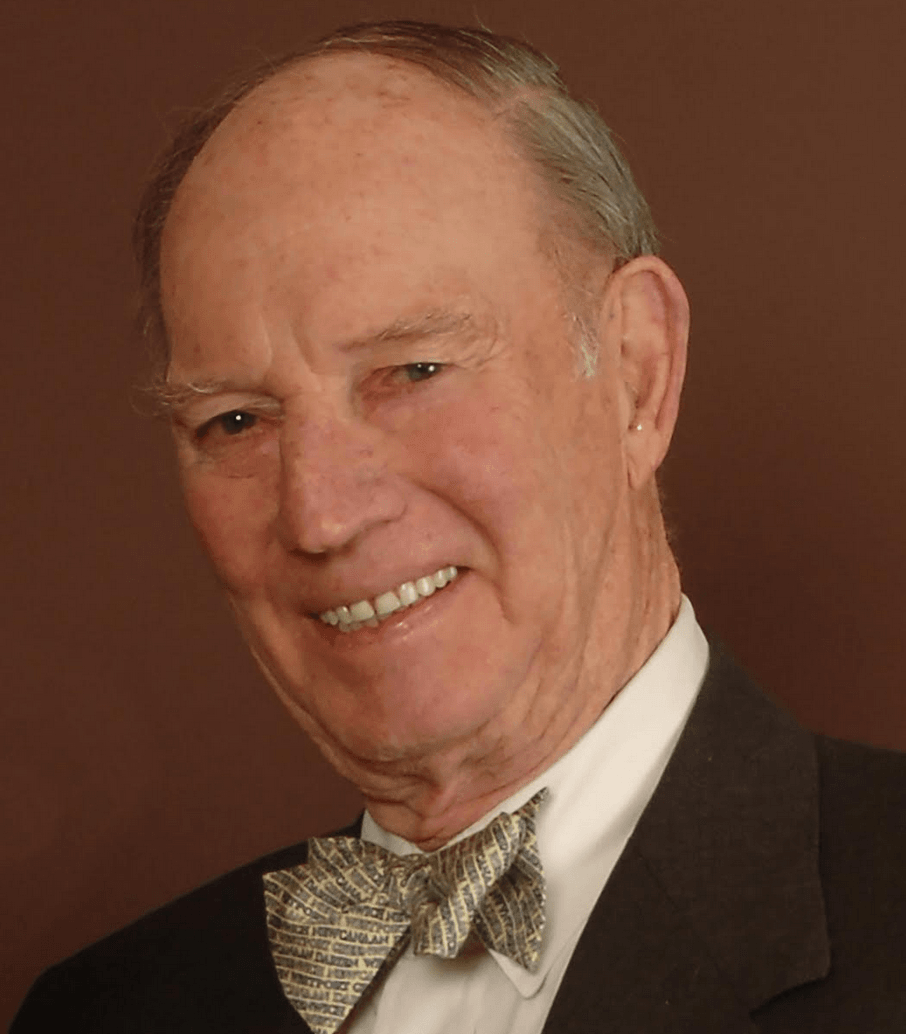 John Wesley Moffly IV (known to all as Jack) died peacefully at ninety-one at Greenwich Hospital on Sunday, March 11, of natural causes.

Born on August 5, 1926 in Philadelphia, where he grew up, he was the son of John Wesley Moffly III and Audrey Kane Moffly. After attending Chestnut Hill Academy, he went to Andover, graduating early in order to enlist in the Army Air Force. When the war ended, he went on to become a loyal Princeton tiger, graduating in 1949, and rarely missing an opportunity to return to his alma mater for a P-rade.

After college, Jack went into advertising sales for various Time Inc. publications, including Life, before taking early retirement to buy the Greenwich Review with his wife Donna in 1986—to the envy of his friends in publishing.

Combined with the Nutmegger, it would become Greenwich Magazine and eventually Moffly Media with six magazines and departments for digital media, custom publishing, event marketing and creative services with his son Jonathan at the helm of the company.

Jack would continue to write his popular Founder’s Page addressing political, social and town issues in his typical fair-minded way.

A much loved and admired leader in the community, Jack has served on many boards, often as chairman, during his fifty-five years in Greenwich, including the Chamber of Commerce, Historical Society, GEMS, United Way, Nathaniel Witherell and Greenwich Green & Clean, and has been active in an array of others such as the Bruce Museum. Among awards, he and Donna have been honored by the Greenwich Rotary Club, Planned Parenthood of Connecticut and SoundWaters; and just last May Jack received the Malcolm S. Pray Excellence in Business Award from the Greenwich Chamber of Commerce.

A seasoned sailor Jack did many offshore races including six Bermuda Races and four Marblehead-Halifax Races, besides one-design racing in Long Island Sound. Twice he had to be rescued—once crossing the North Atlantic on Bob Hart’s Freres 44 Athena when he was washed overboard in a Force 9 gale; then when single-handling his Nonsuch Purple Tiger on automatic pilot, he fell off and was dragged across Captain’s Harbor by his heels entangled in a line. He rarely missed Thursday night Vespers racing at the Riverside Yacht Club, where he served on the admissions committee “for too many years,” he said.

Jack loved sports, be it duck-hunting with his golden retriever Charlie, skeet-shooting over the water at the Yacht Club, riding horses out West, playing tennis in Old Greenwich or golf in Vermont. He loved the Harpoon Club and his lunch groups like the Nutmeggers, First Friday, Horseneck and Aging Intellectuals. Often the last to leave a party, he just plain loved people and they loved him back. He was a true gentle man who lived his life to the fullest.

Jack married Donna (née Clegg) in Cleveland in 1959, and they have been in the same house in Riverside since 1963. He is also survived by their two children: Jonathan Moffly and wife Elena and Audrey Moffly Klotz and husband Drew, all of Weston; in addition, nine grandchildren, Misha, Nikita, Sasha, Maks and Tim Moffly along with Emily, Oliver, Duncan and Riley Klotz.

A memorial service will be held on Saturday, April 28 at 3:00 at Christ Church, 254 E. Putnam Avenue, Greenwich, with a reception following at the Riverside Yacht Club. Gentlemen are encouraged to wear bow ties. In lieu of flowers, donations may be sent to the Greenwich charity of your choice.