It’s impossible to miss the sea of purple bows that adorn Greenwich Avenue trees this week. The purpose of the ribbons is to increase awareness of Alzheimer’s disease and encourage the community to attend this month’s Celebrating Hope 2014 fundraiser for Alzheimer’s Association Connecticut Chapter at Richards in Greenwich. 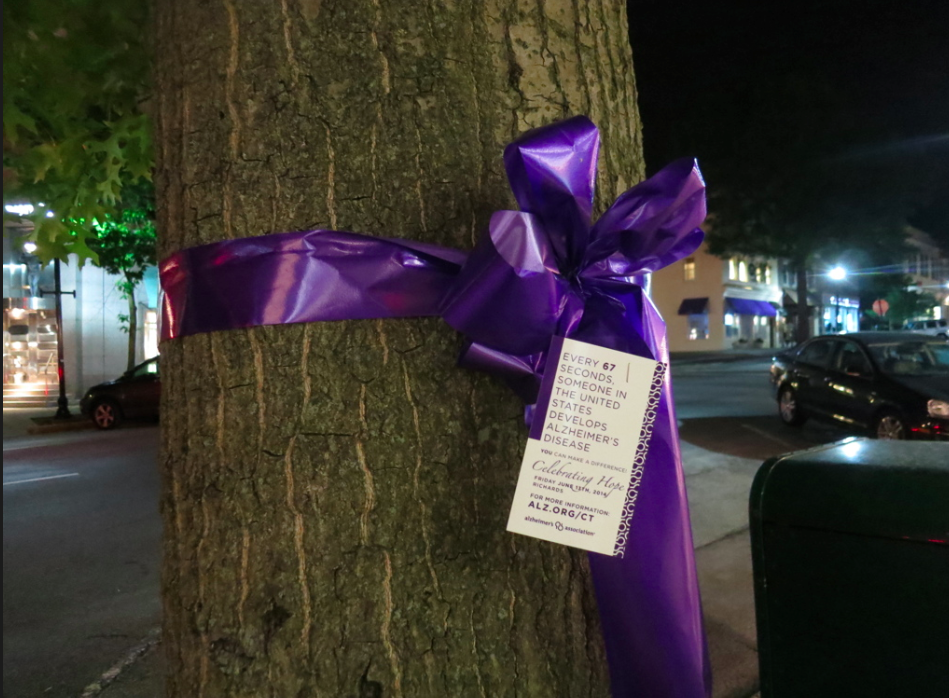 As people strolled to restaurants and walked dogs in the cool of the evening along Greenwich Ave., the trees festooned with purple ribbons for Alzheimer’s awareness were hard to miss. Credit: Leslie Yager

Celebrating Hope 2014 event co-chair Cristin Marandino, whose mother passed away after a battle with Alzheimer’s disease three years ago, said that she had been surprised to learn there was no event in Greenwich to raise funds for Alzheimer’s research and to help caregivers.

Marandino said that a little over a year ago, she reached out to friends asking them to help her plan a fundraiser for Alzheimer’s Association Connecticut Chapter. 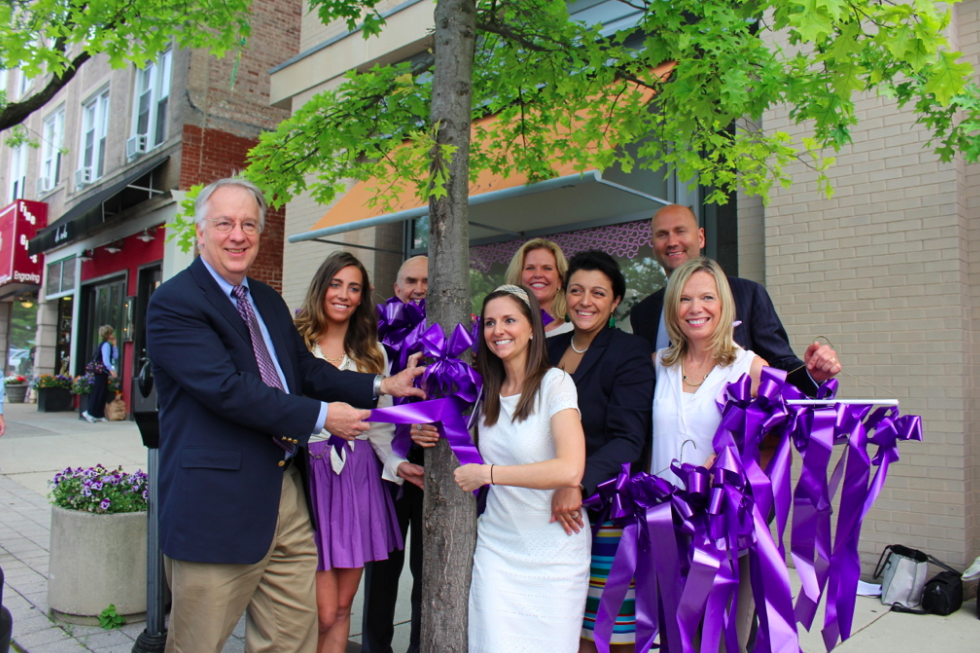 “I said to my friends, ‘Can you be a part of this?’ and absolutely no one said no,” Marandino recalled. “But more than that, everyone we talked to had been effected by Alzheimer’s in some way. Over 72,000 families in Connecticut are affected by it. It’s very emotional.”

“We did the whole event in four months,” she said of the first fundraiser, which was held in June 2013.

“They are a small group,” she said of the Alzheimer’s Association Connecticut Chapter. So this is huge for them. What they do with their limited resources is phenomenal.” 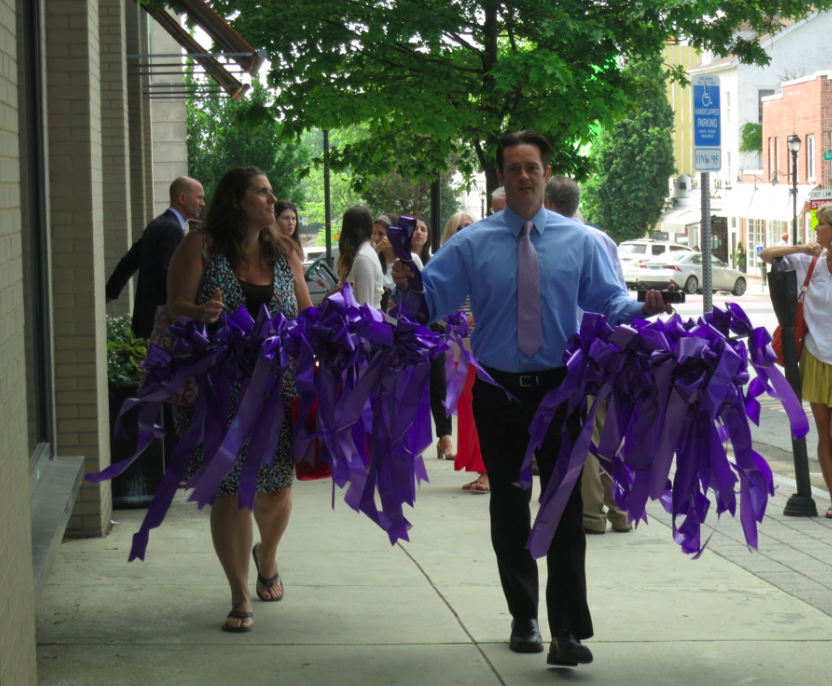 Fast forward to this week when the Celebrating Hope 2014 committee began their journey up Greenwich Ave to festoon countless trees with jumbo purple ribbons for Alzheimer’s awareness.

Inside Richards of Greenwich at 359 Greenwich Ave, a busy Scott Mitchell shared his feelings about helping charities like Alzheimer’s Association.

“My father Bill is in deep with charities,” Mitchell added. “It was expected of us, but we also wanted to.” 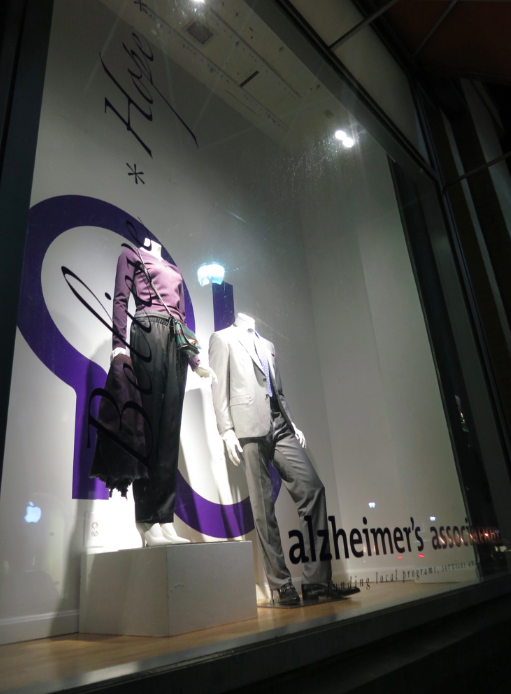 Window displays at Richards of Greenwich are a tribute to Alzheimer’s Association and their mission. Credit: Leslie Yager

Scott, who lives in Greenwich with his family and is raising three children here, certainly has heeded his grandfather’s advice. Not only is Scott the chair of Soundwaters in Stamford, but he offers up Richard’s as a venue for a host of charity and non-profit fundraisers, ranging from Greenwich High School PTA to Greenwich Symphony.

“We host 20 charity fundraisers a year,” Mitchell said, adding that he is delighted to do what he can to help the Alzheimer’s Association. 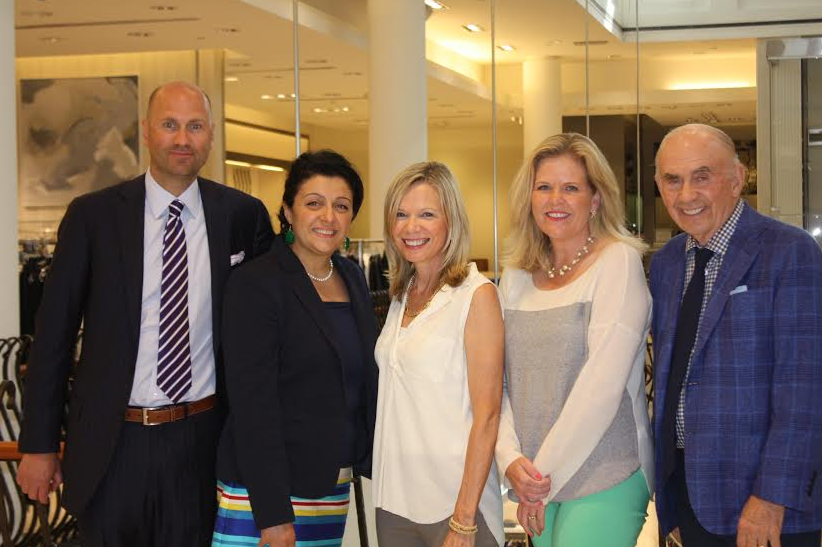 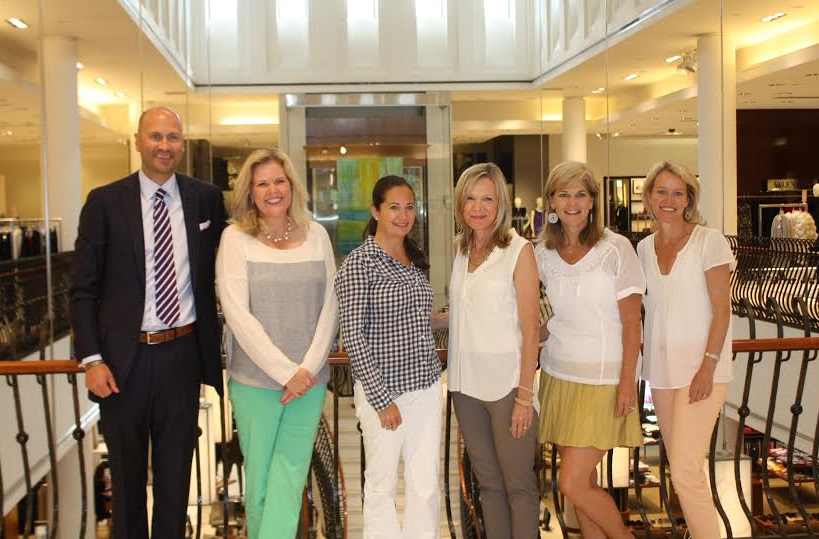 More information about the Celebrating Hope 2014 fundraiser is available online.