The Greenwich Youth Cheerleading League (GYCL)  held its second annual
GYCL UNITED against Alzheimer’s awareness game on Sunday, September 25 during all the GYFL football games at GHS fields #6, #7 and the Stadium.

The fields were adorned with purple balloons, all the cheer coaches wore special purple t-shirts. The cheerleaders across the league wore purple purple bows too – all with the goal of raising awareness of Alzheimer’s Disease and collecting funds for the Alzheimer’s Association of Connecticut.

“Alzheimer’s is the sixth leading cause of death,” said Lisa Sylvester who first organized the purple themed activities and fundraiser last year. “Everyone knows someone who either has Alzheimer’s Disease or has passed from it.”

Mrs. Sylvester, who is on the GYCL board and is Vice President of the League, said she has several family members who have suffered from the disease, and within the League, many are similarly affected by the disease. The goal of the Alzheimer’s Association is to eliminate the disease through research and to provide  both care and support for those effected.

The Alzheimer’s Association, Connecticut Chapter is the primary source of information and support to the thousands of Connecticut residents dealing with the effects of Alzheimer’s disease or a related dementia. 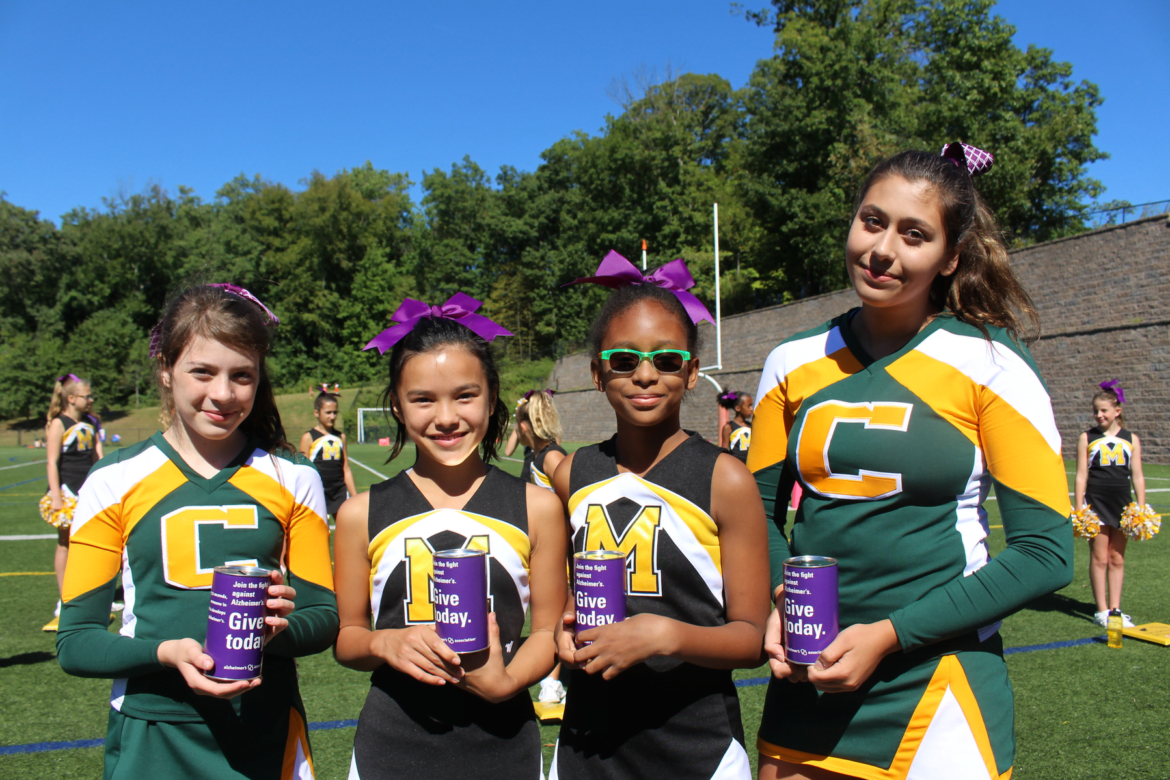 Last year the collection raised $930 and this year the girls hoped to reach $1,000 to send to the Alzheimer’s Association of Connecticut. By the end of the day $932 was raised, but the GYCL will accept donations still if anyone wants to send them!
GYCL
c/o Lisa Sylvester
37 1/2 Morgan Avenue
Greenwich, CT 06831 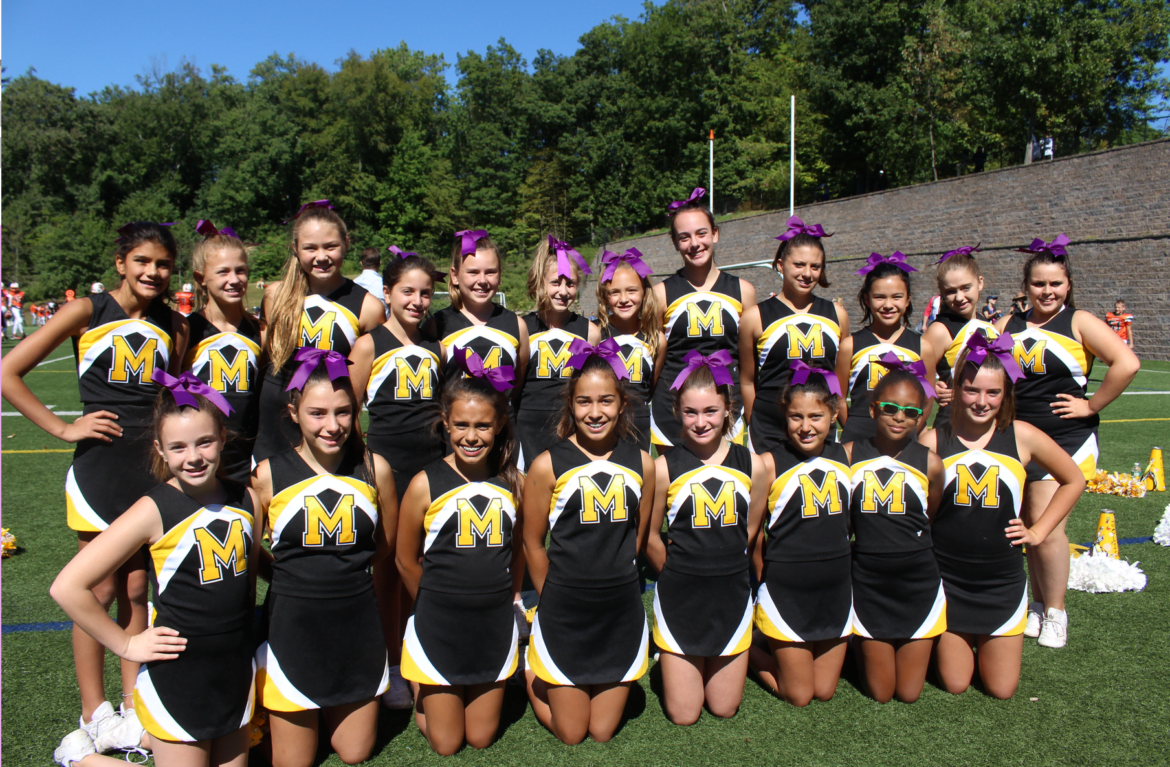 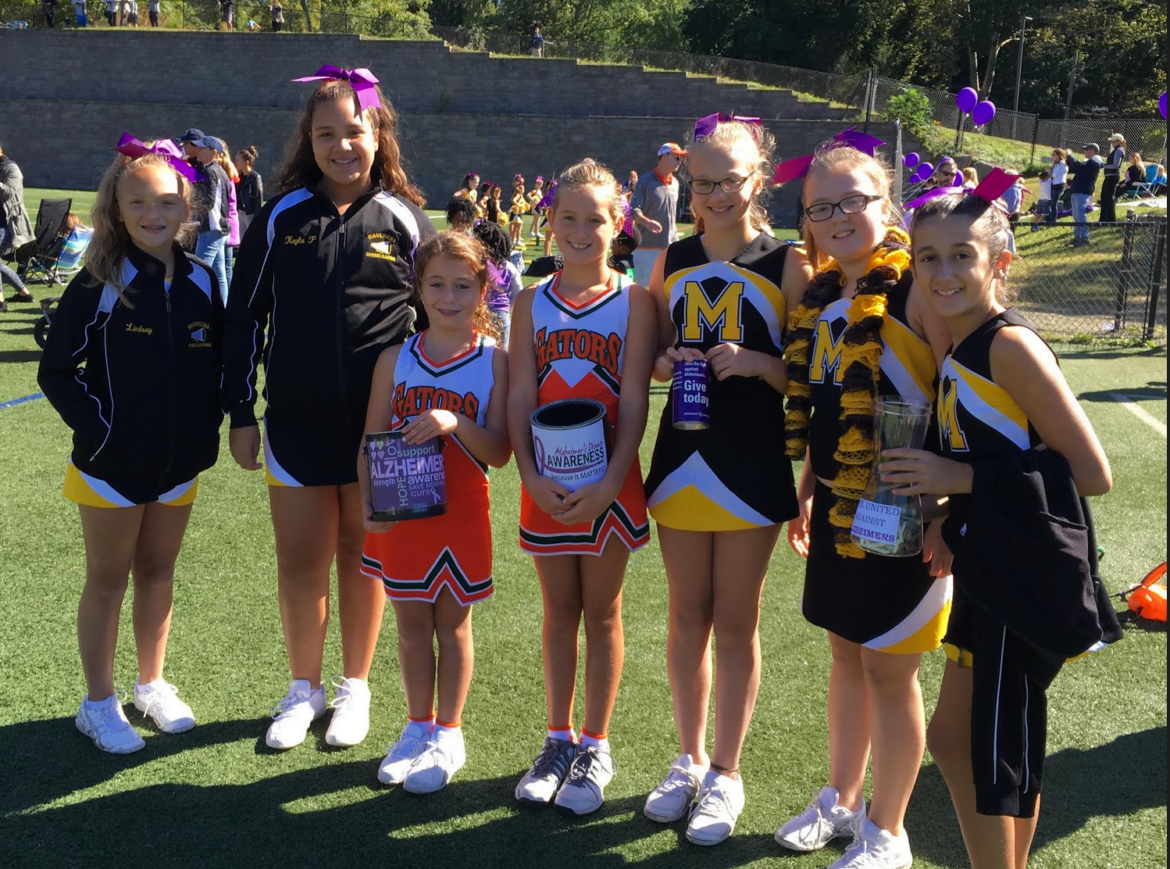 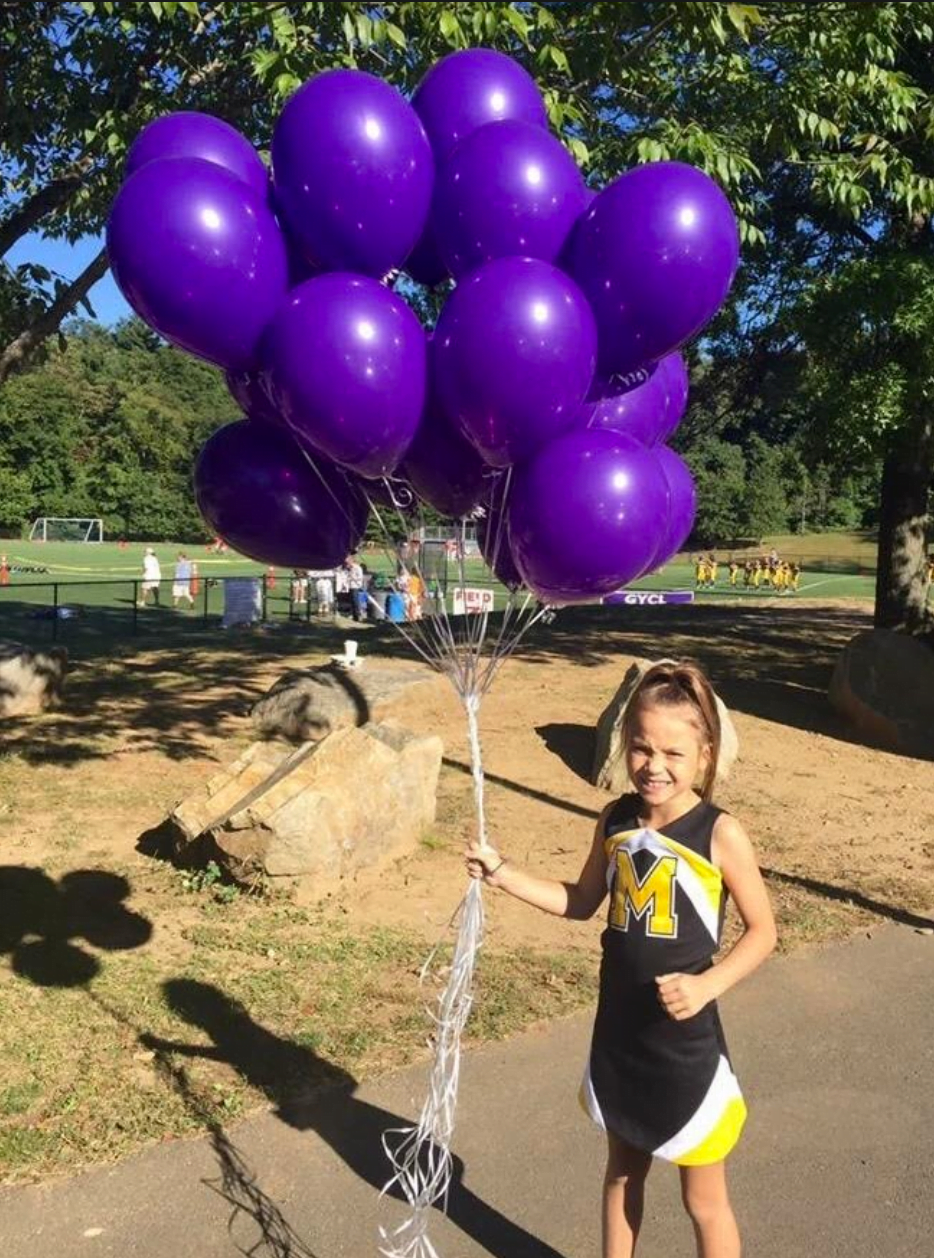 Maddie Ambrogio from Glenville looks like she might just lift off the ground with her bouquet of purple helium balloons on Sunday. Contributed, Lisa Sylvester 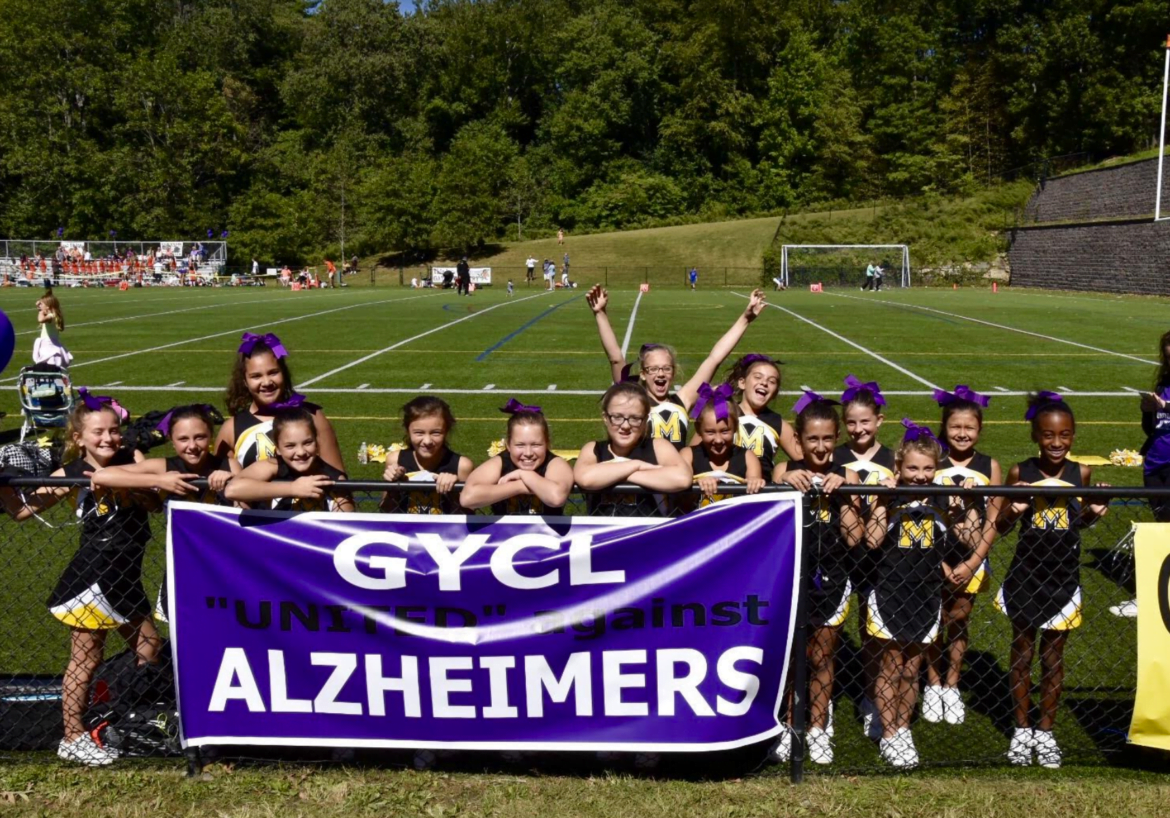 Junior Maverick cheerleaders wore purple ribbons as part of their goal of raising awareness of the disease and funds for the Alzheimer’s Association a stunt, Sept. 25, 2016 Photo Karen Hirsh 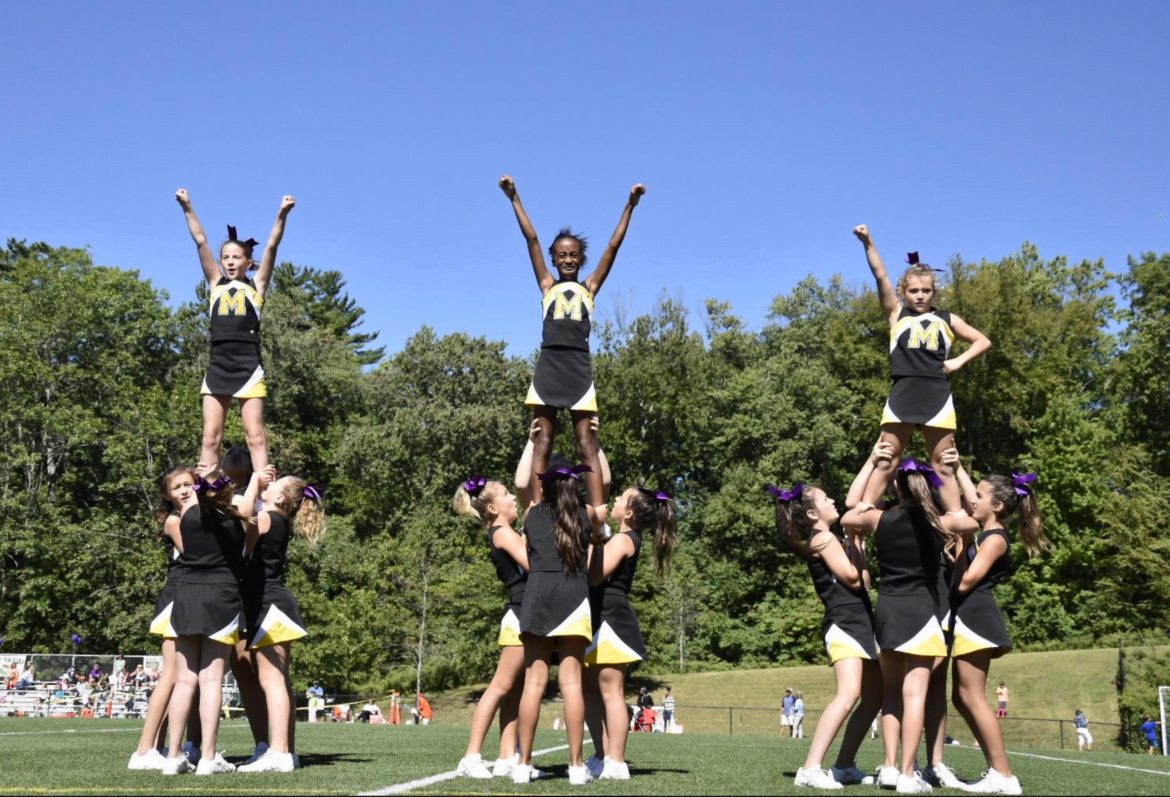 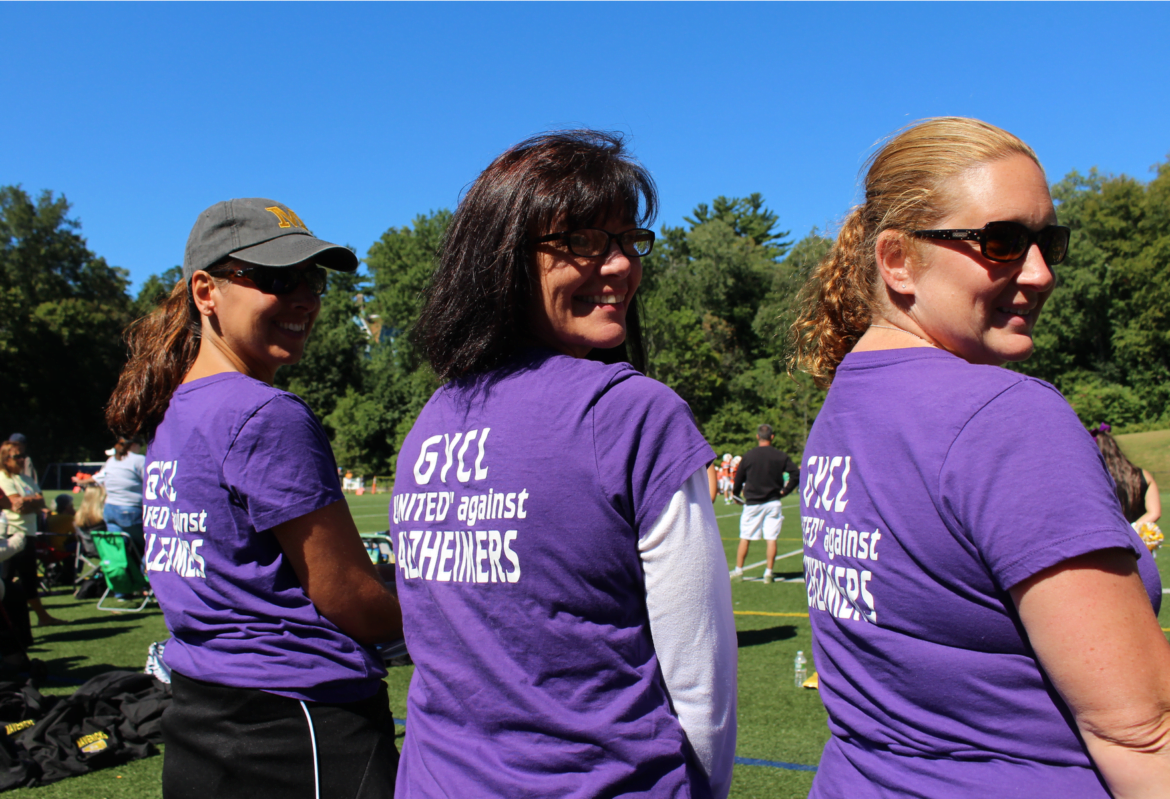 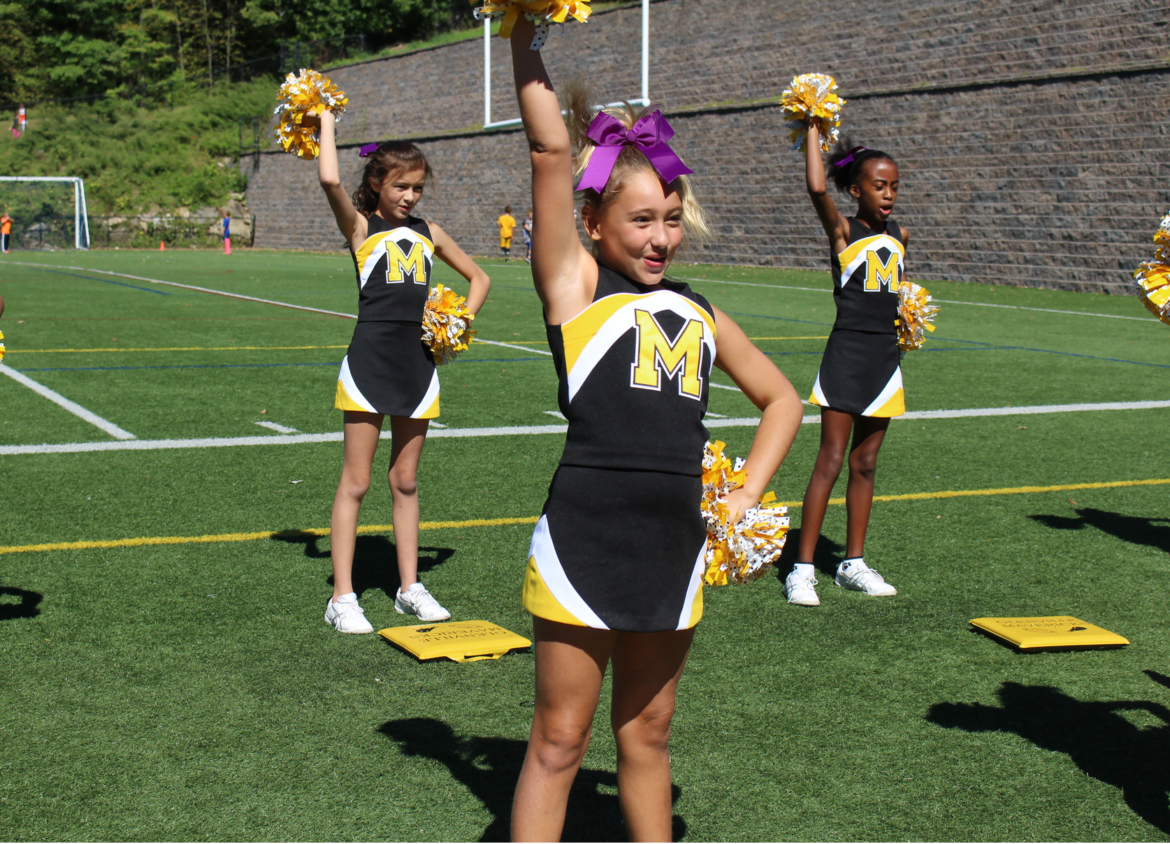