The youngest of three daughters, Devi heads to Sacred Heart University this fall where she is excited to major in journalism and communications. She said she is positively obsessed with National Geographic, which sparked her interest in travel and journalism.

Ideally Devi would like to finish college in three years, and is crossing her fingers that her AP exam results hit the mark so she can receive credit for them at college.

Devi said her parents were both from Trinidad and Tobago. “They met when my dad was 18 and my mom was 15 and they both worked at a deli in New York City,” Devi said.

Reflecting on her years in Greenwich Public Schools, Devi said her favorite memory at New Lebanon was being taught by Miss Carosella. In middle school Devi’s favorite teacher was advisor Miss Willy. A great memory was of the 8th grade trip to Washington DC – and a super fun ferry boat cruise with a lot of dancing.

Devi is excited to contribute some stories about dogs while interning for GFP. Her family has a Maltese named “Shaggy,” that she remembers arriving the day after Valentine’s day 10 years ago.

At GHS, Devi has enjoyed participating in Mr. Charles Diversity Club, where a highlight of the year was a visit from Jim Himes. She has also volunteered during her junior year at Neighbor to Neighbor on Wednesdays after school.

“It was really an eye opener to me to see that people have such need in Greenwich,” she said. “It made me really sad to see that need, but I loved working there.” Devi said her favorite task at Neighbor to Neighbor was bagging the food donations in the food pantry.

Watch for Devi’s features on GFP over the next several weeks. 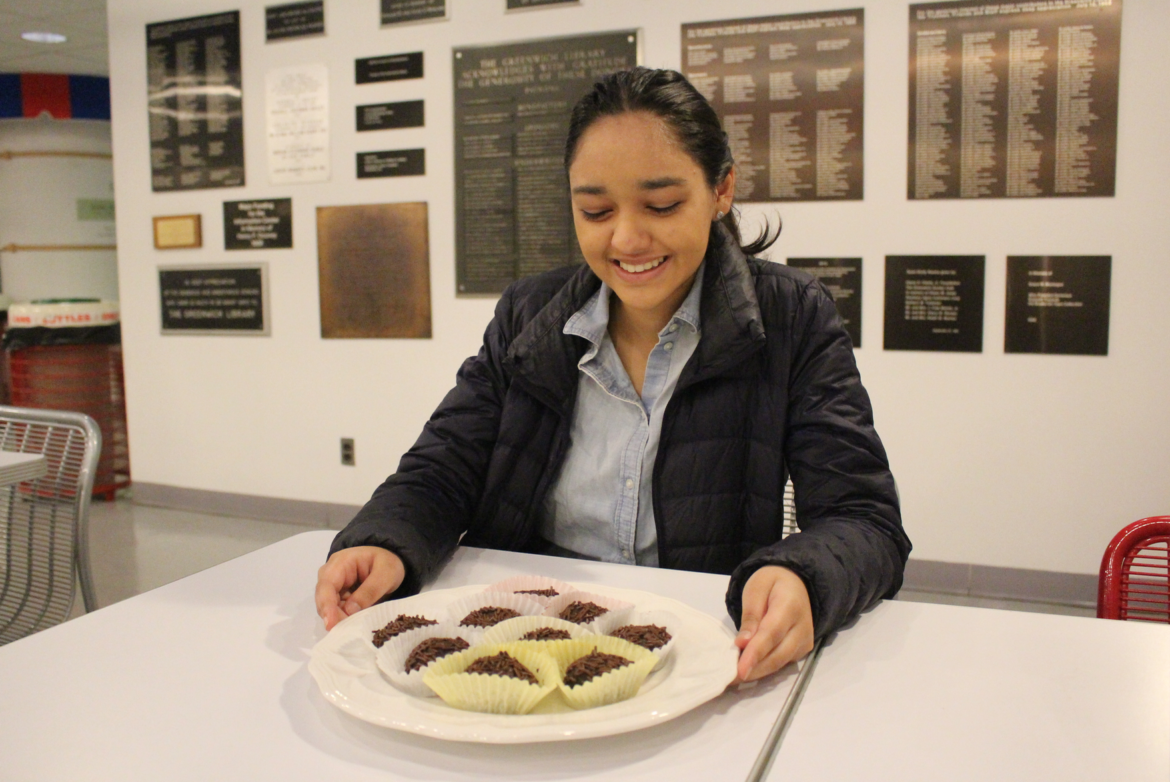