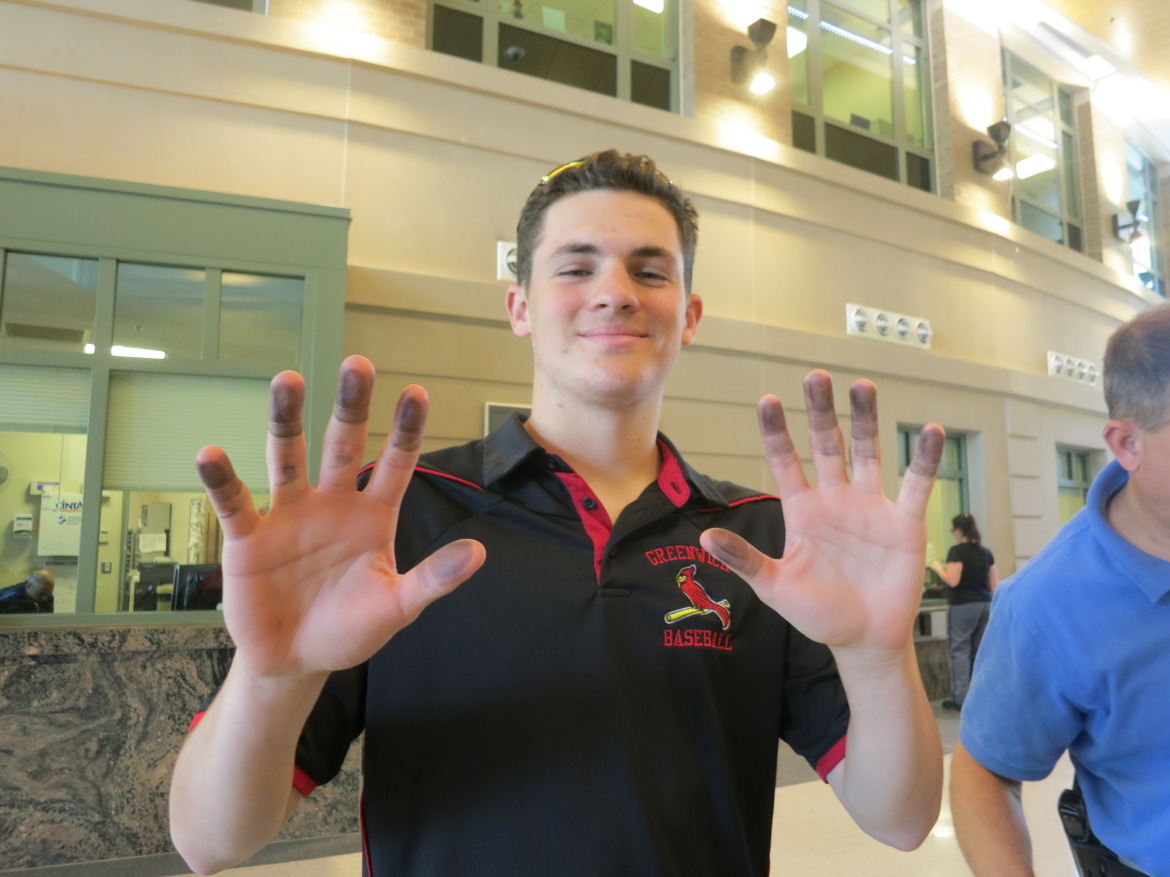 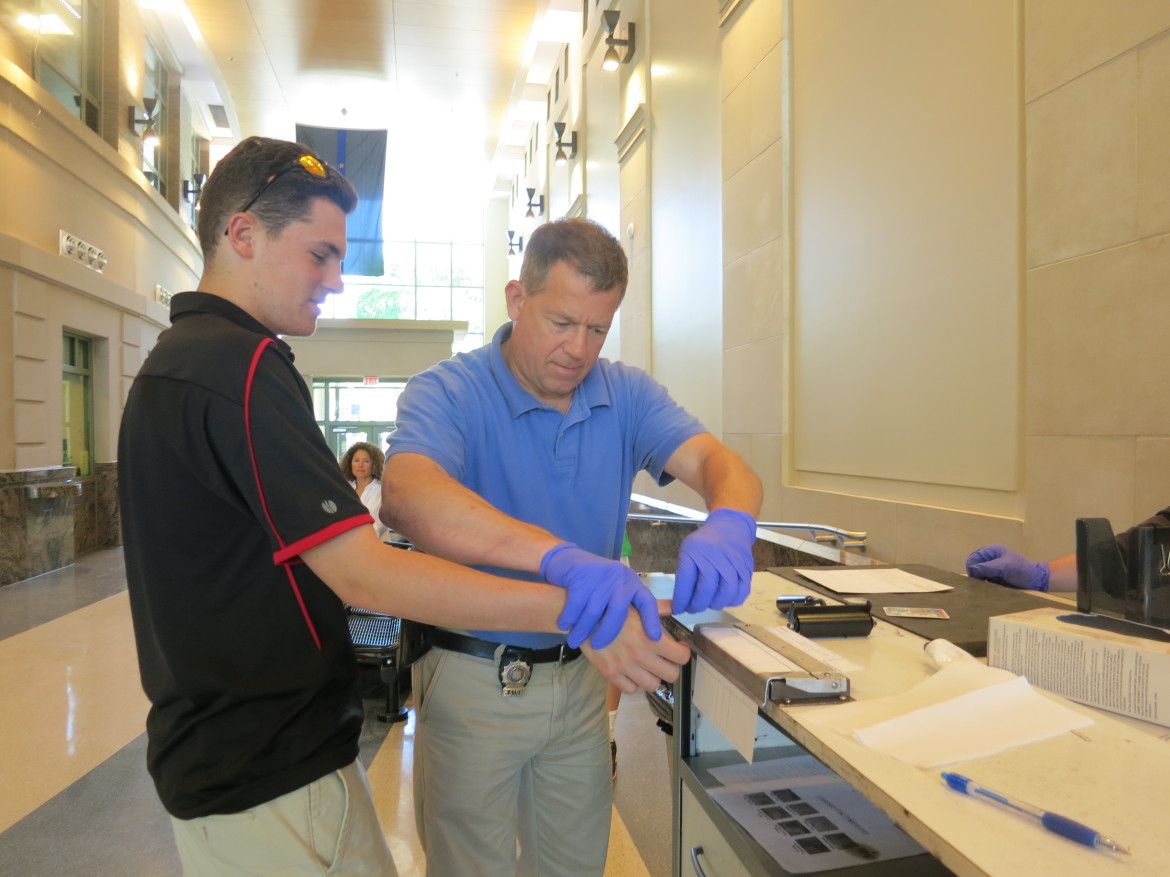 A line of residents lined up in the lobby of the Greenwich Police station to be on Tuesday. All law abiding citizens. Presumably. But maybe not. And that’s the point.

The process, which only takes about five minutes once it’s your turn, involves a generous dip in good old-fashioned ink. Fingerprinting is standard procedure in the hiring process when it comes to school teachers, social services workers, financial services workers, school volunteers and anyone who wants to be bonded.

Also, according to Det. Timothy Powell, anyone who wants to apply for a gun permit must be fingerprinted. And, of course anyone who is arrested, though they are brought to the electronic fingerprinting station in the cell block area of the police station to see if they are wanted. Their fingerprints are synced up to the FBI database and are kept in State and Federal databases.

Pignataro, who will head to Seton Hall in Newark in the fall, said he didn’t mind being fingerprinted and was looking forward to the summer job.

Detective Powell said that typically the department’s court officers man the mobile fingerprinting station that is wheeled out into the lobby at  the Police Station lobby a couple times a week.

Court officers are members of the Greenwich Police Dept who are assigned to court. “They transport suspects to Stamford Superior Court. And they serve warrants and paperwork.”

Powell said some people, over time, have their finger prints taken four or five occasions, repeating the process each time they switch jobs.