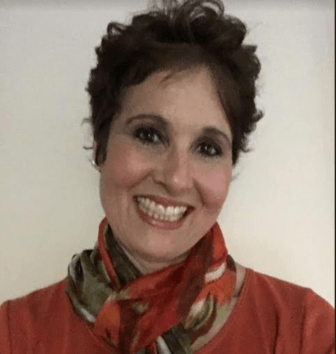 On May 13, 2019, the RTM approved the BET’s proposed $444 million general FY19-20 fund budget. Included in the budget is $75,000 for an independent town-wide fire study that was added by the BET after a unanimous vote.

During the BET budget hearings with the fire department, it showed that there were serious gaps in town-wide fire incident and response time data. Lacking sufficient data, of course, makes it difficult to determine effective and required fire department staffing levels.

Additionally, the Office of First Selectman and Fire Department’s report to the RTM and BET revealed that town benchmarking data using national standard criteria for response times, including call processing, turnout, and travel times, was either non-existent, non-compliant (e.g., far beyond recommended standards), or excluded data from our important volunteer fire stations located in the area in which the shortfall in service is claimed.

A lot was at stake with the budget request for a ninth new career station in the Northwest area of town with a proposed twelve new permanent full-time career firefighter positions. It became obvious to both the BET and the RTM that an external examination of the fire department’s town wide actual incident data was needed.

In addition to money for the fire study, the final BET’s proposed budget earmarked $100,000 to pay for due diligence on three properties being considered for purchase by the Town for a Northwest fire station. The due diligence was to occur concurrently with the proposed fire study. Many RTM members questioned whether it made sense to fund the due diligence of properties before the fire study results were known. Those that favored the simultaneous approach claim that the fire study had no relationship to building the Northwest fire station and therefore environmental soil testing, wetlands delineation, and topographic surveys should be done immediately. Facts clearly suggest otherwise.

Unfortunately, our town’s fire department has a history of “ready, fire, and aim” decision making. In fact, 15 years ago, taxpayers funded $1.3 million to purchase property (land and residence) on King Street that was to jointly locate the Northwest fire station and the Greenwich Emergency Medical Service (GEMS). Six years later, Town officials learned that the property could not be used to co-locate GEMS and the fire station on the site due to insufficient septic capacity.

In 2010 the proposed $23million Central Fire Station to jointly locate central fire fighters and GEMS was also later determined not to be feasible due to site space limitations.

There are other similar failed fire planning decisions that have cost Greenwich taxpayer millions of dollars. Many on the RTM wanted to institute a new precedent of good governance: first conduct the town wide fire study, receive the information, identify the issues, and, only then, take the appropriate action. The RTM hence decided to eliminate the funds earmarked for the property due diligence until the results of the BET sponsored fire study are known.

Contrary to what skeptics claim, many industry experts agree that, given the specific scope of the fire study, and assuming good cooperation from the Town and Fire Department, it is certainly possible to complete the study in a 12-16-week timeframe.

Members of the RTM Budget Overview and Finance Committees have also gone on record stating they will support the results of the study. They also took the unprecedented position of supporting an interim appropriation if the study includes recommendations that require immediate attention.

The BET should be contracting the study shortly after the budget becomes effective in July. RTM members should be included in the process from the start and have a voice in the process. It is surprising and puzzling that the town’s Fire Commissioner, First Selectman Peter Tesei, and Assistant Fire Chief, Robert Kick, have stated publicly that the Town and fire administration will not be involved.

This seems to indicate there may not be full cooperation between the Town and the fire study group formed. Effective change and improvement can only occur if there is cooperation and, at the end of the process, debate and consensus. Our three branches of government should achieve that goal together. We, the taxpayers of Greenwich should demand this level of cooperation and are owed no less.