A BET public hearing, broadcast live on GCTV Tuesday night, was orderly despite palpable passion on the part of residents and officials each making good use of their three minute maximum. 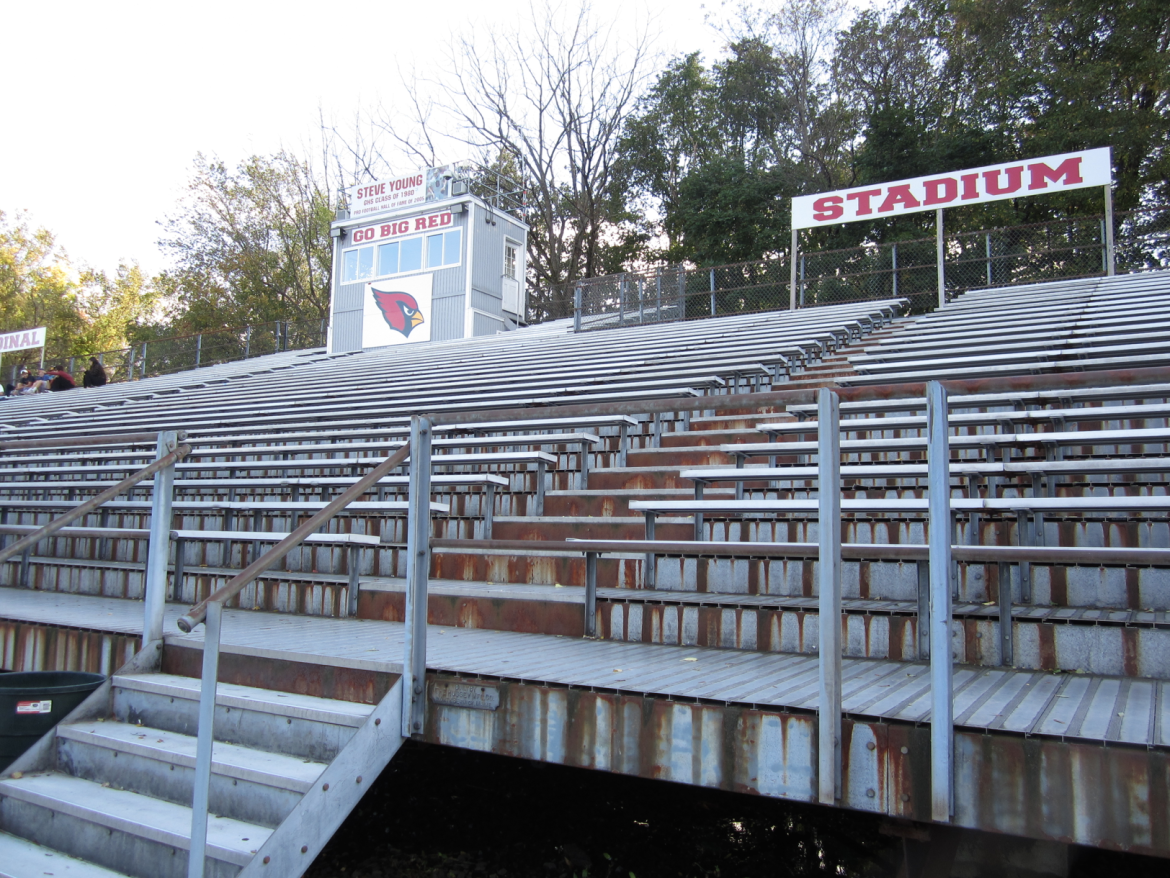 “One can safely say that this year some decisions have yet to be made. Your input may be more valuable than you think,” BET chairman Michael Mason said at the outset of the hearing. “We’re here to listen.”

A handful of themes took shape among the commenters. Several several speakers testified in favor of funding for the Youth Services Coordinator position, currently held by Jenny Byxbee.Speakers spoke both in favor of and against persevering with the Byram pool project. Fire department staffing and the state of GHS fields and stadium were also top of mind.

Fields and Stadium at GHS
Jim Loughran, Greenwich Youth Football League and active coach for youth sports, said the 45 year old stadium at GHS with port-o-potties for bathrooms is embarrassing. He compared our stadium to those at Darien, New Canaan and Stamford.

“We don’t have running water. We don’t have bathrooms. We don’t have meeting rooms for the kids if it’s raining,” Loughran said. “We need a plan to develop a partnership with a concerned group of parents and coaches of youth sports to bring this up to where we are with Town Hall, Western Greenwich Civic Center and Tod’s Point.”

“When 1,500 lacrosse players, 800 football players, over 2,000 soccer players come to this town and go directly to that stadium, we’re failing miserably with that image,” Loughran said. “Right now when people show up, they’re walking around seeing their 80-year-old grandmother have to use a part-o-potty to go to the bathroom. It’s a shame.”

Scott Harrington said there is important need to consider funding for the fields. “My wife has run the tour group at GHS for several years. The backbone of GHS is academics, but its activities are the ‘front porch,'” he said. “The fields are in a really sorry state with big patches removed. It’s a safety issue. If you’d benchmark against other towns, our facilities are very lacking.”

Though on Thursday the BET did not vote to approve funds to study feasibility of revamped fields or stadium, the idea is gaining momentum, and comes up from time to time during Parks & Rec board meetings.

Fields of Dreams at GHS 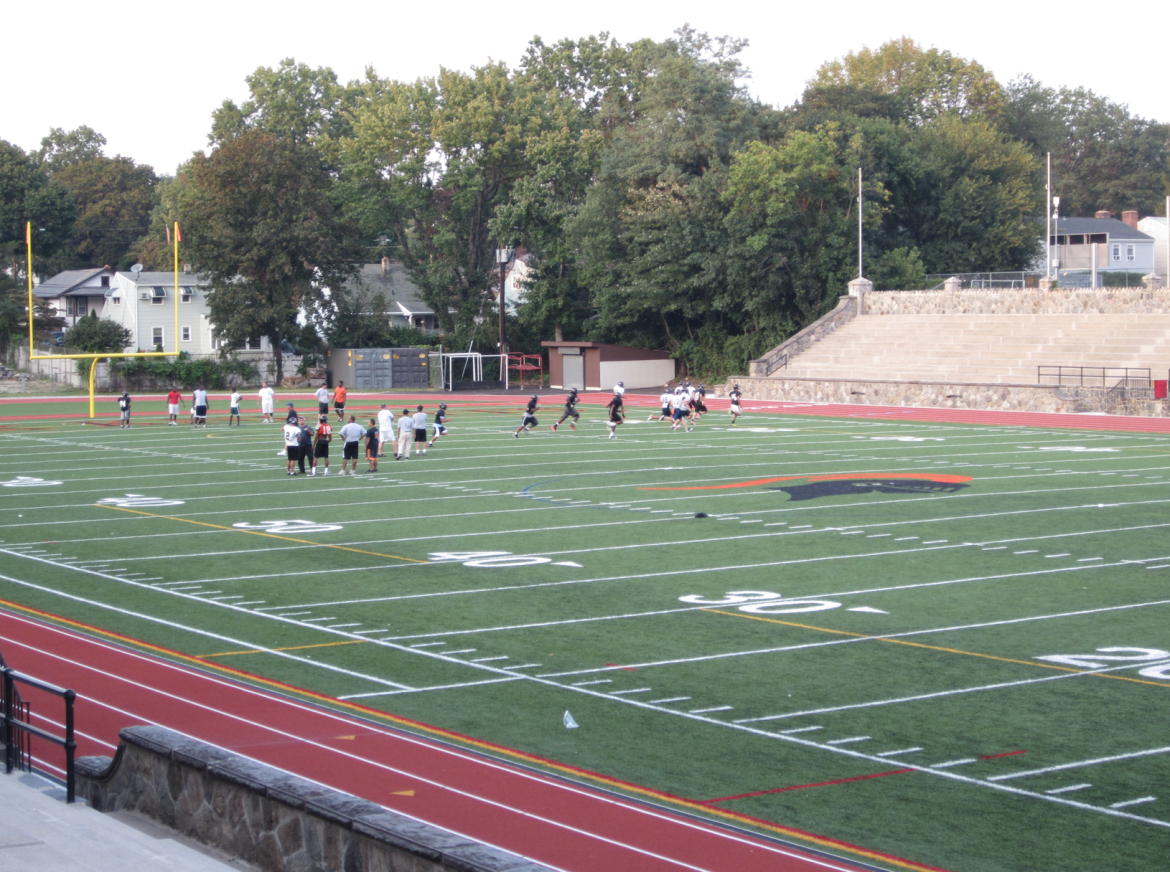 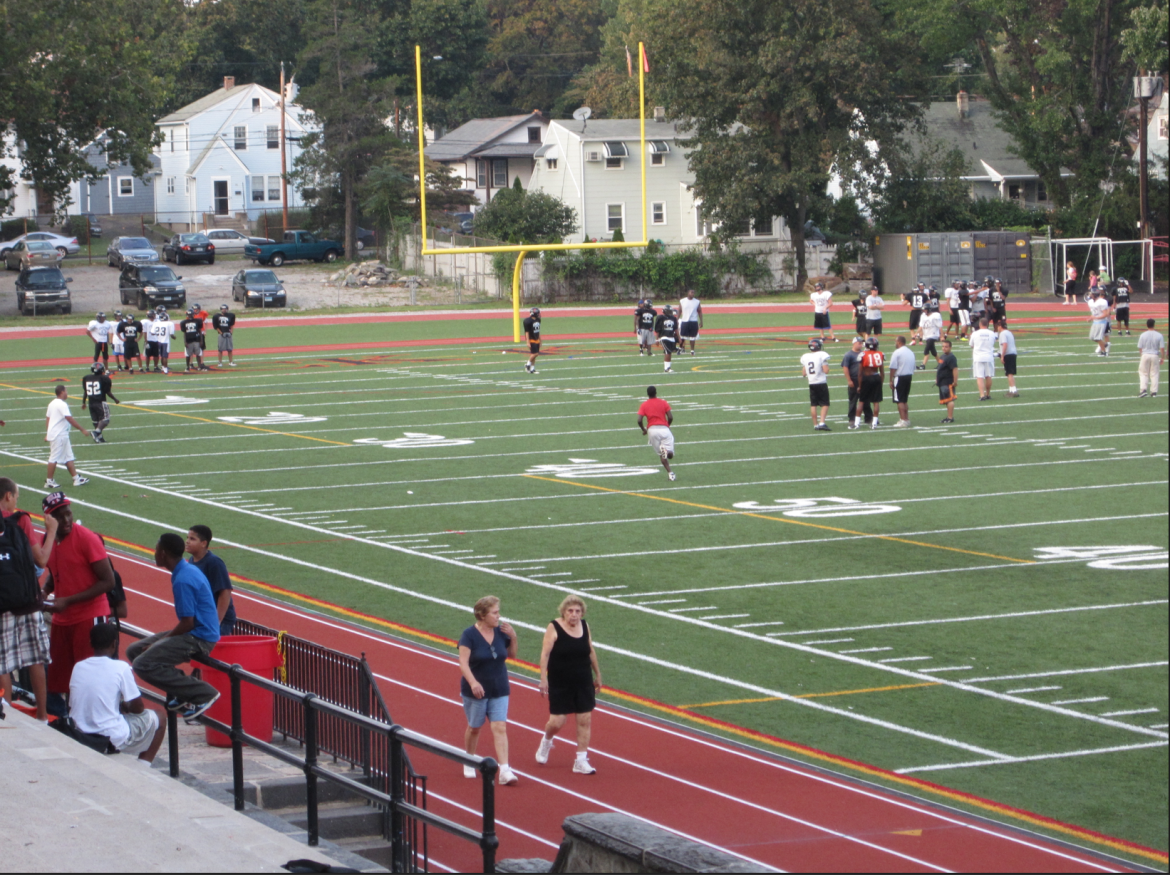 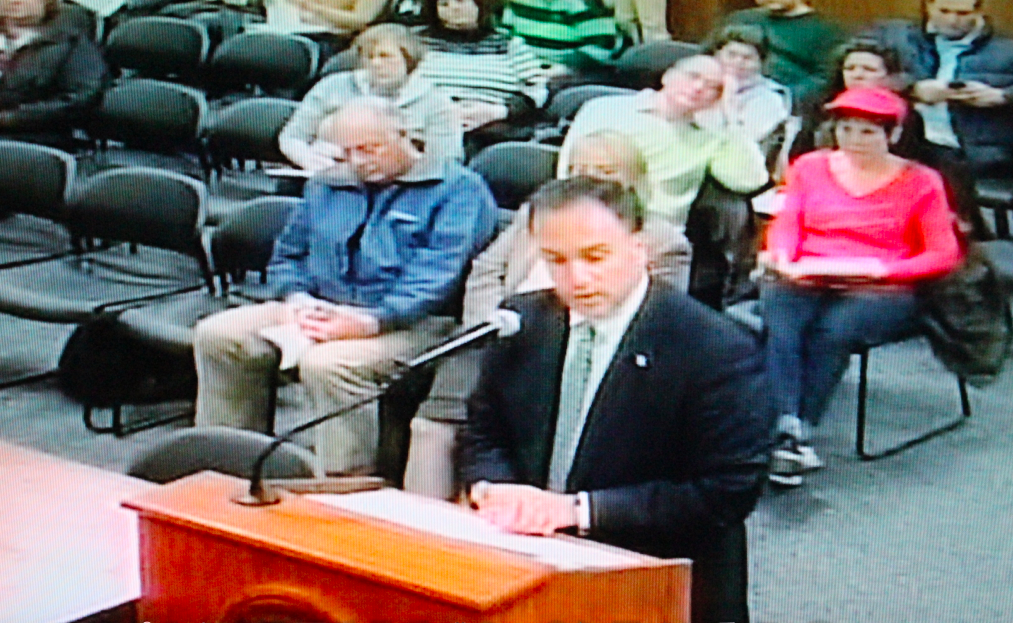 Specifically, speakers lauded Byxbee’s dedication to Sunday meetings of the First Selectman’s Youth Commission and passionate battle to continue Safe Rides, which was dropped last year by the Red Cross when that organization decided to focus more on its disaster relief mission.

Byxbee is also a key player on the the juvenile review board, School Readiness Council and a longtime organizer of the Wiffleball tourney which raised funds for the new Wiffleball field, approved to be set up at Byram Park.

“She has played a major role in the rejuvenation of Safe Rides and gives of her time generously and selflessly,” said James Plewniak, a GHS junior and original member of the First Selectman’s youth commission.

Chief Heavey, who appeared in his civilian clothes, came in during his vacation to support of the Youth Services Coordinator. “The police department has been making great strides in reaching out to our youth, and the youth services coordinator position has been hugely important,” he said. “We are gladly able to report there are less criminal arrests of youth in Town partially because we have diversionary programs like the JRB which gives the opportunity to take that child and give opportunities for restorative justice. They make restitution, volunteer service and avoid being put into the system of justice  over in Stamford,” Chief Heavey said. “Very seldom do we have recidivism.” 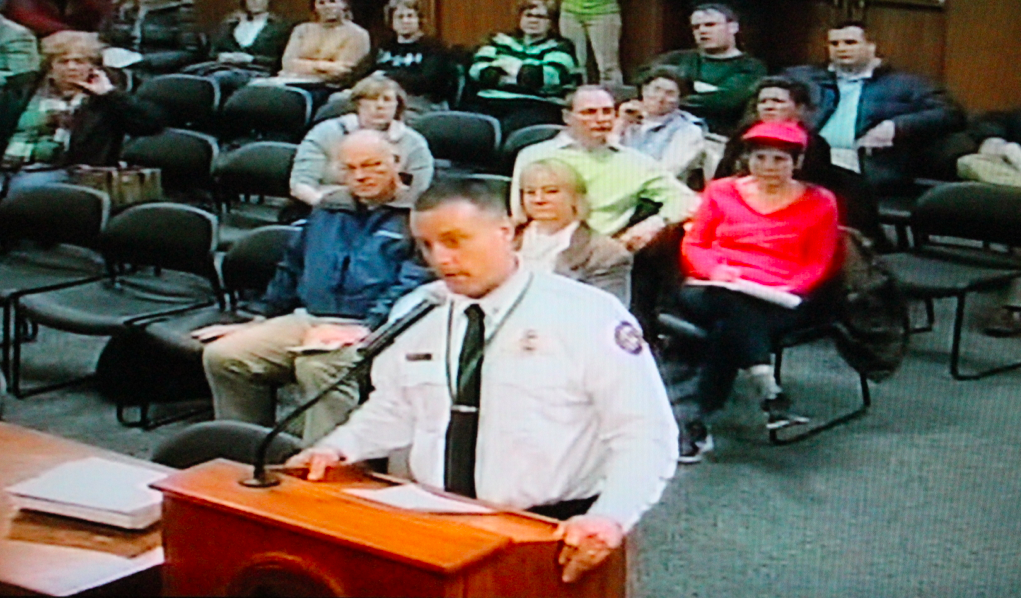 Fire Department Staffing
On the topic if fire staffing, Assistant Fire Chief Robert Kick said these days, with hydrocarbons and plastics, fires burn hotter and quicker, and he said, with lightweight construction, structures come down faster. “Basically we have ten minutes to save somebody. Not from when the calls come in, but from when the fire starts. That puts us at extreme risk,” Kick said. “Two fire fighters is unacceptable in that situation.”

“You can buy us all the equipment you want,” Kick said. “The only thing that puts an emergency out is appropriate staffing levels.”

Byram Pool Project
Sharon Fuller, a 40 year Greenwich resident, said she was very concerned about the “out-of-control expenses” the Town is taking on. She predicted that undertaking the pool project would result in higher property taxes that would drive residents away.

“People today want what they want now, not later. The Byram pool is one of these desires. Yes, the pool needs to be fixed,” Fuller said, “but the proposed pool plan is totally out of scale for the property. Also, the cost is out of scale for our town and the slide pool is a lawsuit waiting to happen.”

Cathy Youngman, the president of the Junior League, said that just last week 96% of the JLG membership had voted its continued commitment and approved a gift of $250,000 as part of the League’s $2.5 million capital campaign. “The cost of the pool, $2.5 to $3 million, has not changed,” she said.

“I am personally very proud of the Junior League’s sustained commitment to the project,” Youngman said. “Tonight we seek the continued support for the Byram Pool project.”

Janet Crystal, a longtime resident of Greenwich who currently lives in Byram said she feared this project would set a dangerous precedent. “I have been a member of the Jr. League for longer than a lot of people have been alive,” she said, adding that she believed proceeding with the project would be “unconscionable.” She pointed out that New Canaan has had to created a lottery for people in neighboring towns in order to adequately fund maintenance of their municipal pool.

Ms. Crystal said it would be a mistake to sacrifice limited green space for a large pool. “Byram park does not have a lot of green space. When we lose it to a large concession stand, for a locker room? Come on, guys!” she intoned, adding she fears the parking lot would be monopolized by pool users at the expense of dog walkers, swimmers and sailors. “Please, don’t kill my park for me. I love it,” she concluded.