There was no boxing on the agenda for the leaders of Needs Clearing House the day after Christmas. 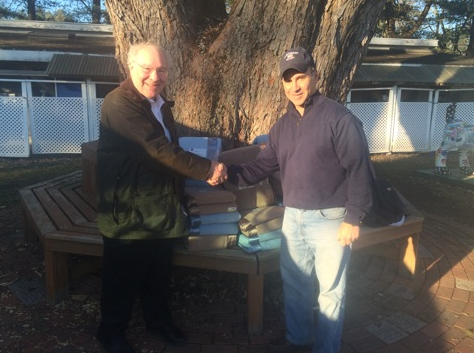 Instead, Fred Camillo and Joe Kaliko delivered dozens of blankets to Adopt-A-Dog shelter, just over the state line in Armonk on Friday.

The visit was bittersweet because Adopt A Dog was a favorite destination for Greenwich Selectman Dave Theis, who died suddenly just before Christmas. Theis, who was often spotted lending a hand at Puttin on the Dog, Adopt-A-Dog’s annual fall fundraiser, had a soft spot for dogs, and was known as an avid volunteer for many non-profits in Town.

“This visit and donation are in honor of Dave Theis,” said State Rep Fred Camillo, (District 151), referring to his longtime friend.

After dropping off the huge stacks of blankets, Kaliko and Camillo had a chance to visit with some of the dogs eager to find permanent homes, including Daisy, who has been waiting at the shelter for a permanent home longer than any other dog, through no fault of her own. Adopt-A-Dog is the last chance for many hard to place dogs. But ‘hard to place’ may still be just perfect. 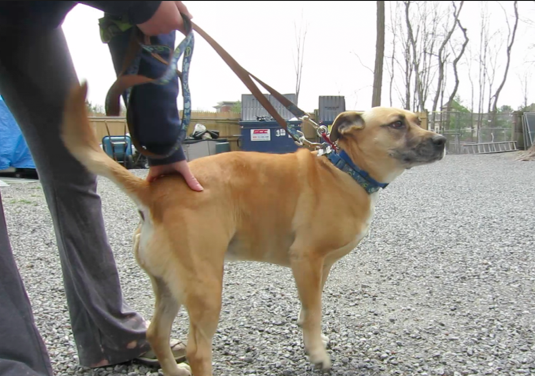 Daisy at Adopt A dog.

At 8-1/2, Daisy has been passed over for puppies and younger dogs, but she is really is a gem. Sometimes finding that forever home involves a bit of good luck. The shepherd-Labrador mix has resided at Adopt-A-Dog for over two years, despite being so sweet and gentle that she is the designated greeter for children and Girl Scout troops.

Why so long? Daisy doesn’t get along with other dogs. “But there is a home for Daisy,” Allyson Halm said recently. 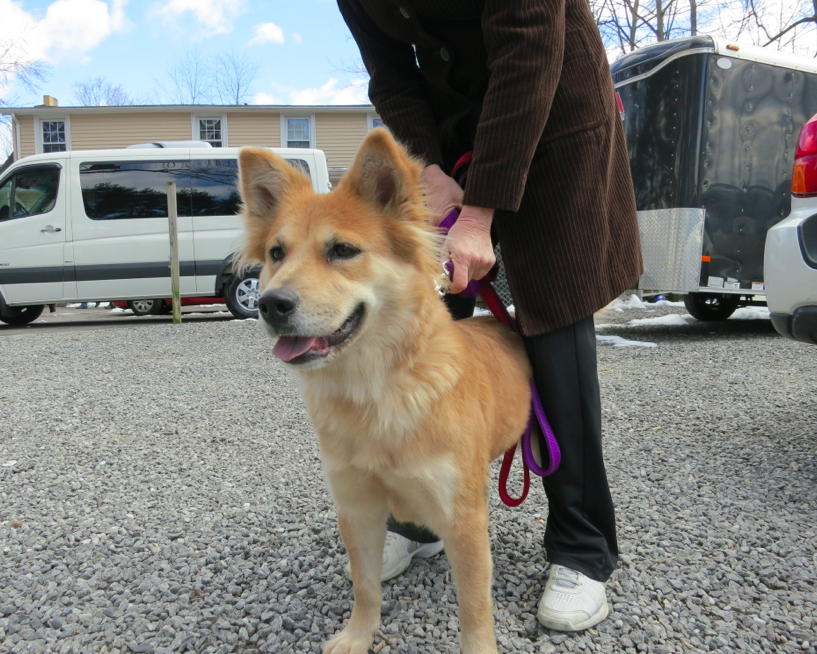 Marti at Adopt A Dog before she was adopted and became famous!

Take Marti, for example. Marti was a stray Golden Retriever-Chow Mix that Adopt A Dog rescued from a tough situation in Georgia.  Though she waited five months to be adopted, she hit the jackpot when Bill Bertoli, a Broadway and theatrical animal trainer, saw something special in her. In her true rags to riches story, Marti has made her way onto the big screen and can be seen in theaters everywhere in “ANNIE” the movie. 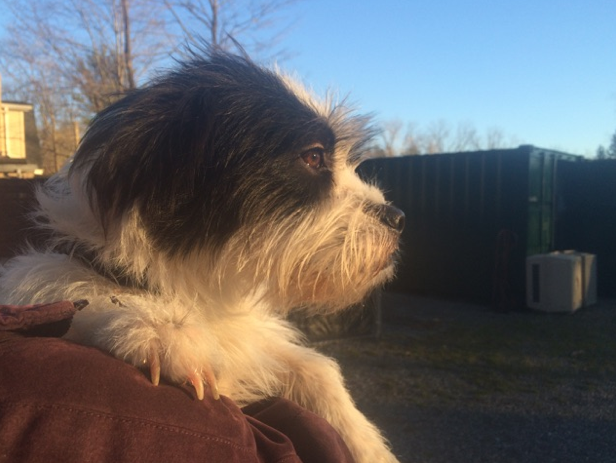 Shirley, a terrier-mix at Adopt A Dog on a mild afternoon. Background, a storage container secured by Needs Clearing House from Greenwich resident Leslie Bhutani.

Another shelter favorite who shared kisses with the leaders of Needs Clearing House was Shirley, a female terrier mix who arrived at Adopt a Dog with Laverne.

The smaller dog is Shirley, 2-1/2 years old, part of the inseparable duo of Laverne & Shirley.

If anyone would like to donate to Adopt-A-Dog, they can send or to Needs Clearing House, with an earmark for ADD.

Related: Adopt-A-Dog: This is Why