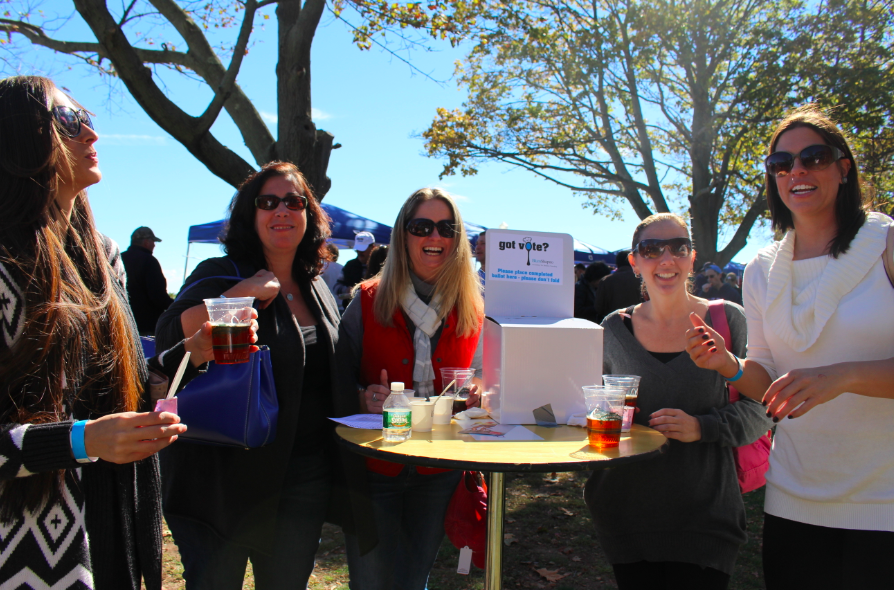 Though outdoor events are always a gamble, Sunday yielded was a mild, sunny afternoon, and the backdrop of boardwalk, beach and Norwalk Islands provided the perfect backdrop for the crowds to enjoy. 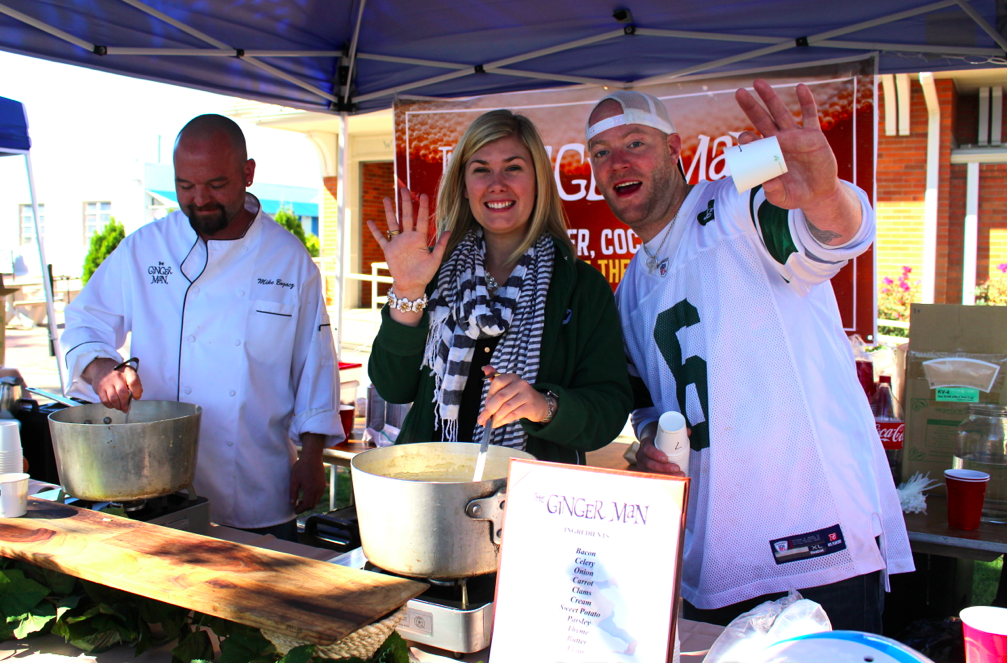 Greenwich Avenue staple, Gingerman, which also has a location in Norwalk had a busy tent at Chowdafest.

Chef Mike Bogacz said that what sets his recipe apart from the competition are unique ingredients including sweet potatoes and the herbs. No doubt, he’s done something right because Gingerman has won the creative chowder category five years in a row! 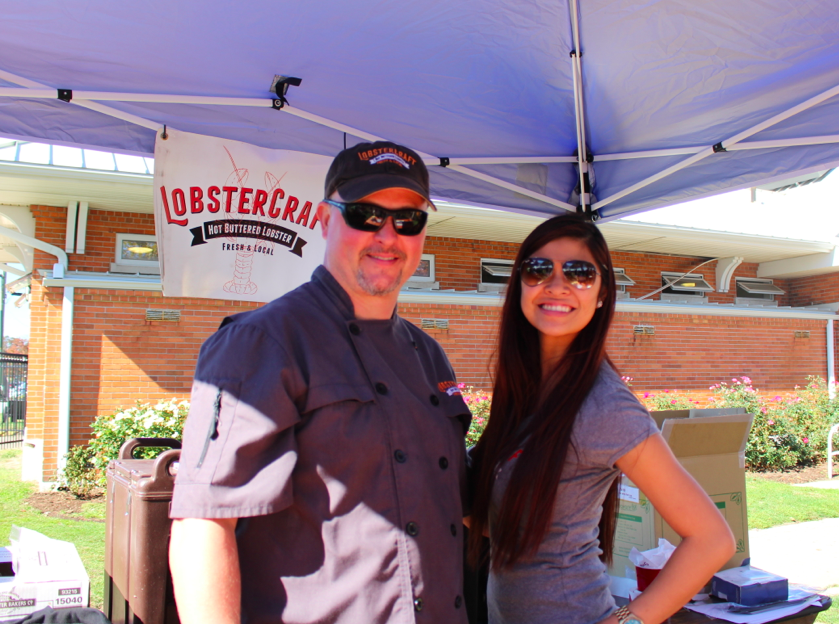 The folks from LobsterCraft whose truck is a bi-weekly presence in Greenwich selling hot buttered lobster rolls on Thursdays from the lot at 500 West Putnam Ave and Fridays outside Greenwich Library. 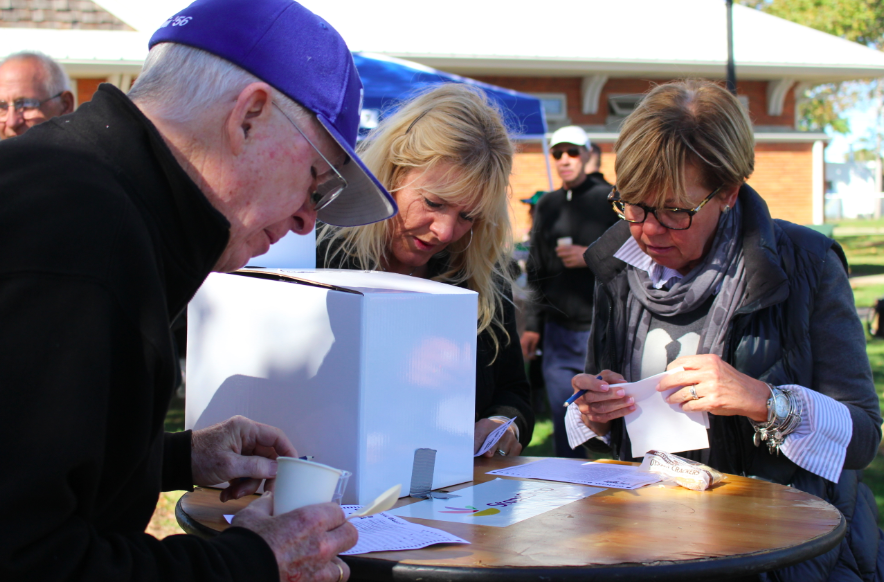 Folks were serious about their voting at Chowdafest outdoors in Calf Pasture Beach on Sunday. Credit: Leslie Yager

This year, instead of multiple categories, guests were each provided a simplified ballot to vote from.

In addition to craft beer makers, the chowder chefs’ tents were flanked by those of Farmer’s Cow who were scooping up mini blueberry ice cream cones, and Pepperidge Farm’s giant goldfish mascot who made a splash at is own tent. 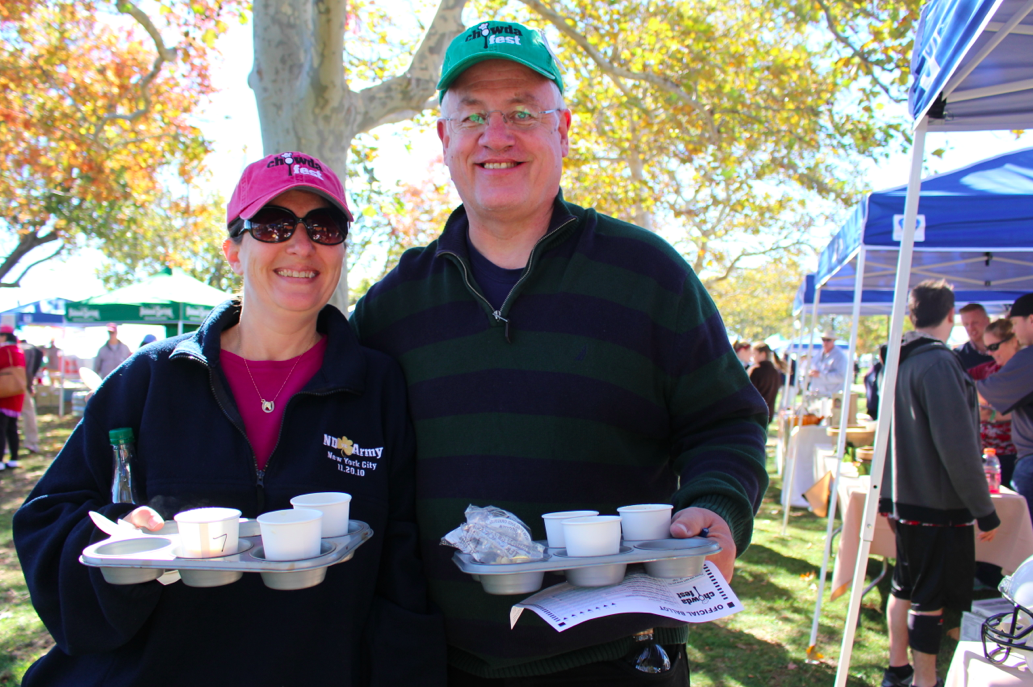 Alison ad Louis were serious about their voting, having ordered tickets to Chowdafest online and bringing their muffin tins to line up their top candidates numbered sample cups. Credit: Leslie Yager

Patrons who bought their tickets online ahead of the event received an email suggesting they bring along muffin tins to place their numbered paper cups of chowder samples.

Shout out to Jim Keenen for that clever idea, though at least one other taster had a vertical solution, which was to finish each sample, save the cup and stack the next one on top. 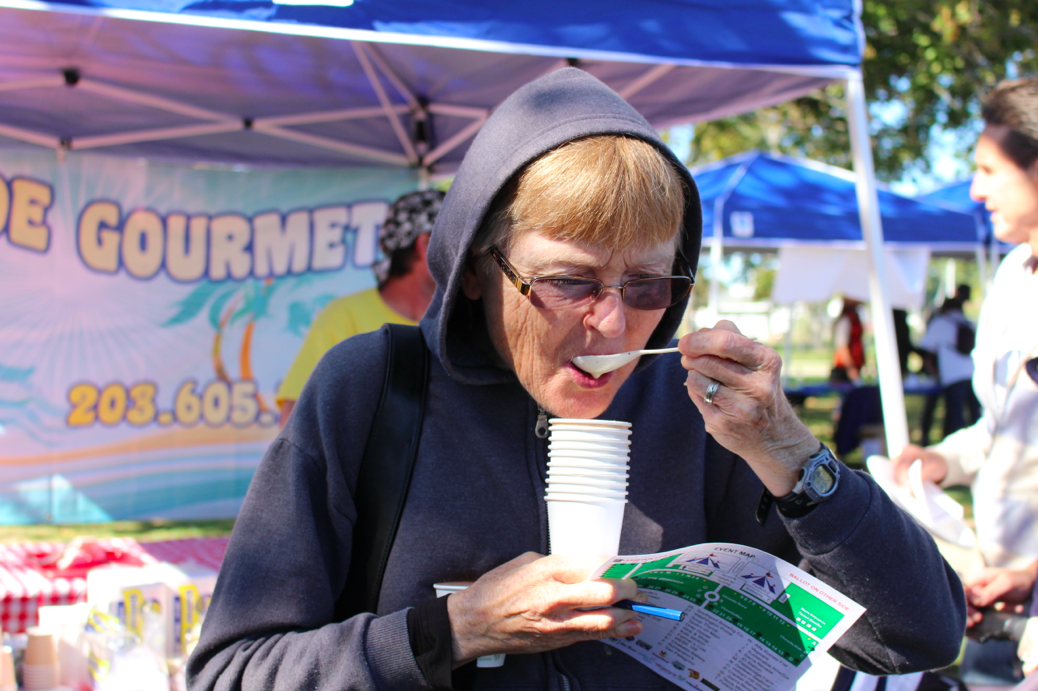 This year, the event’s beneficiary was Norwalk-based Community Plates , a non-profit committed to ending American food insecurity in America by transferring fresh, usable food that is otherwise been thrown away from restaurants, markets and other food industry sources to food-insecure families. The group uses an app that volunteer food runners can access to sign up for a route. 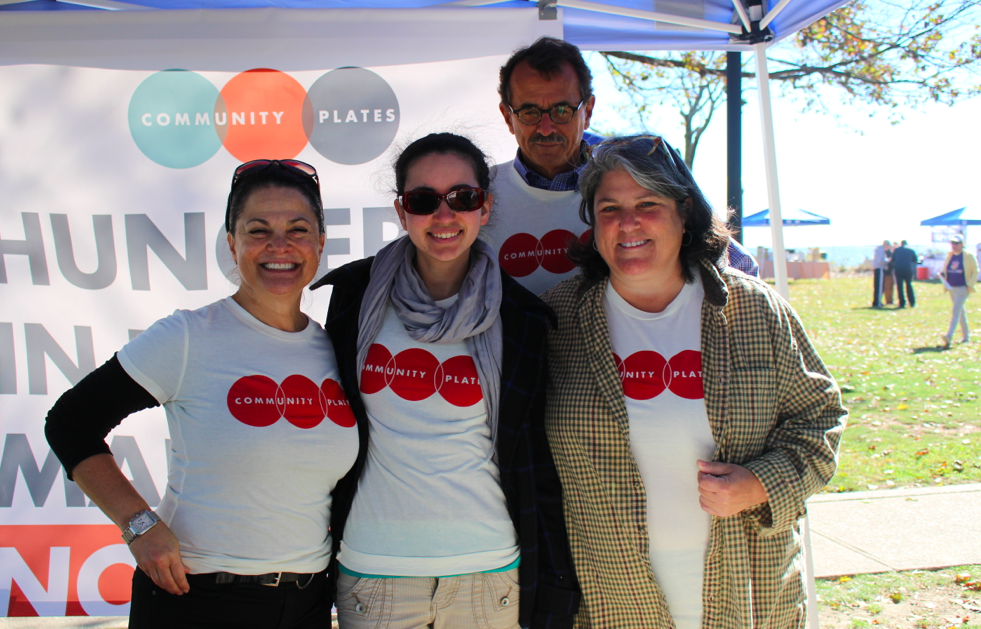 Community Plates Alison Sherman said runners can make a big difference if they half just a half an hour to spare. “Often the rescued food — say, bread from a local bakery — can be collected and dropped off on the other side of town at a homeless shelter or soup kitchen,” Sherman said, adding that unlike a food bank which mainly store and distribute canned food, Community Plates rescues perishable food including fruit and vegetables. 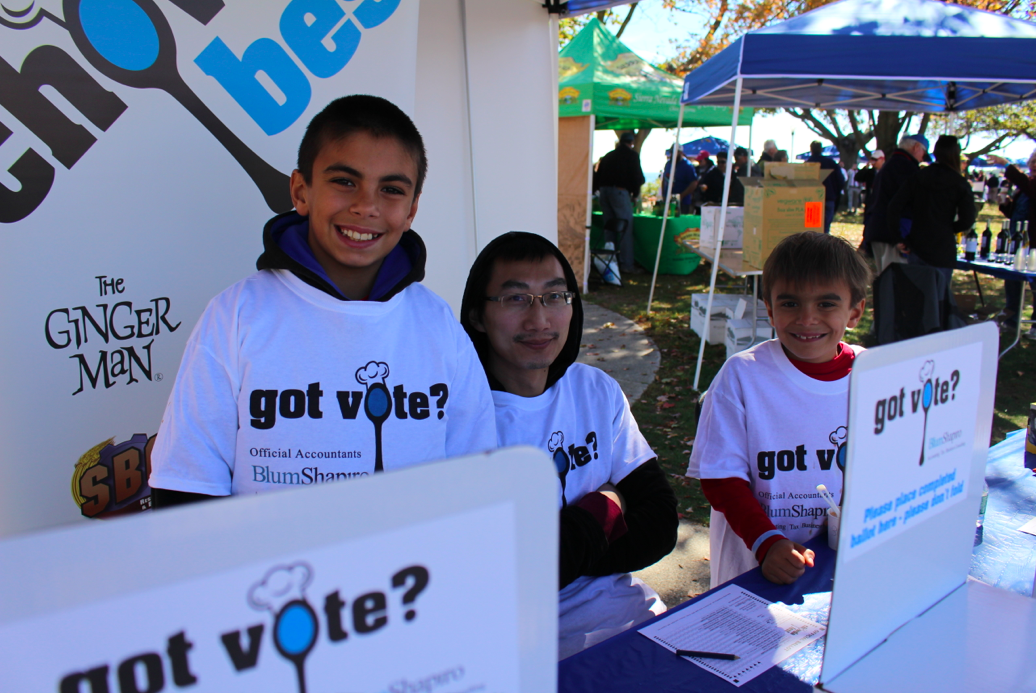 “The app makes volunteering very simple,” said Tom Hauser, the local site director of Community plates. “It makes it possible for our organization to function with a very limited staff.” Hauser said  organization would love to have more Greenwich volunteer food runners and that they offer a “buddy run” option for new volunteers who’s like to do a ride along with an experienced volunteer the first time. 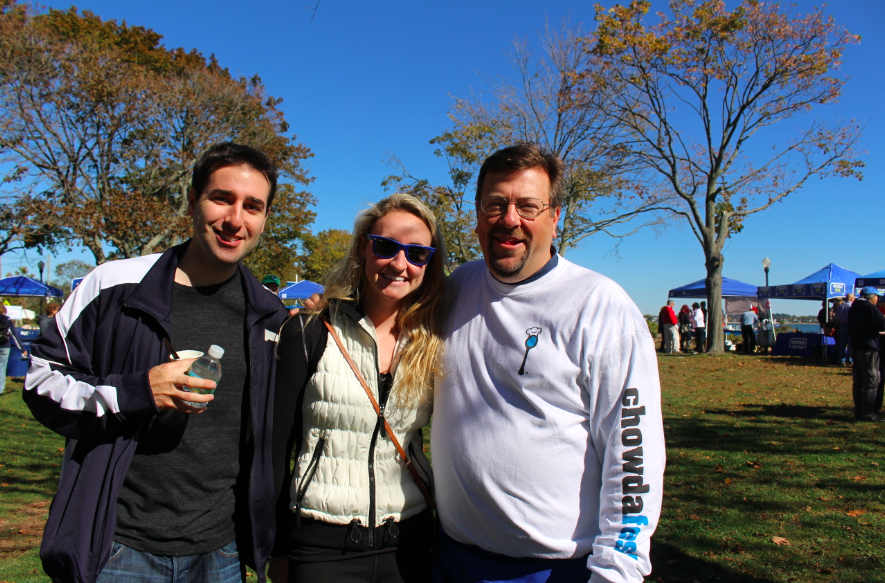 Chowdafest director Jim Keenan with Andrew Shapiro and Katie Scumitz who wandered over form the webe108 tent. Keenan said the Chowdafest event started off as a small event at the Unitarian Church before moving to Staples High School. In February the event was at Harbor Yard in Brigeport. “But the Cove is where the clams are,” Keenan said. All agreed the venue was fantastic and fitting. Credit: Leslie Yager

Hauser suggested that  new volunteer food runners should go to the site, then type in a note saying, ‘I’d like to do a buddy run first,” when they fill out the volunteer form under the Join Us tab. Hauser and Sherman explained that the Good Samaritan Act, which is federal law, protects them legally from any complaint about rescued food.

“But we have never had a problem,” Sherman said of rescuing perishable food. “Usually the food makes it from donor to recipient within an hour, if not within minutes.” 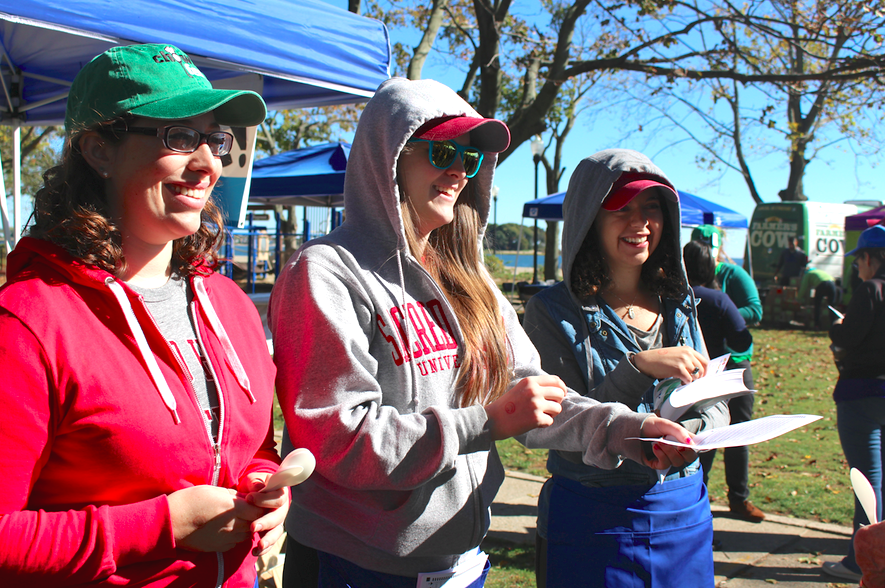 Volunteers greeted people as they arrived, passing out spoons and ballots. This year the ballots were simplified, and there were no categories — just vote for your favorite. Credit: Leslie Yager 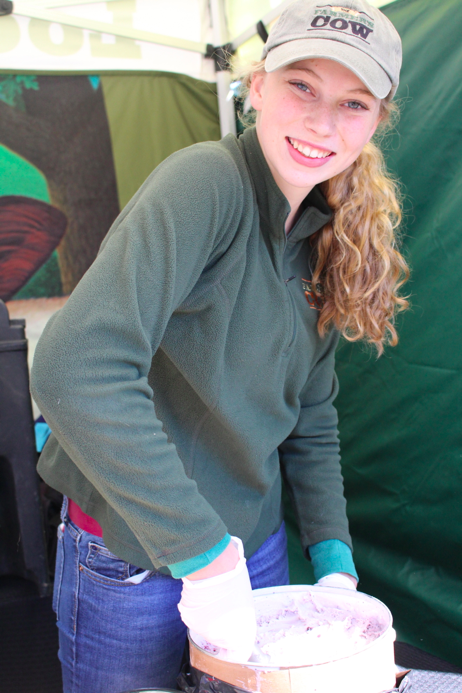 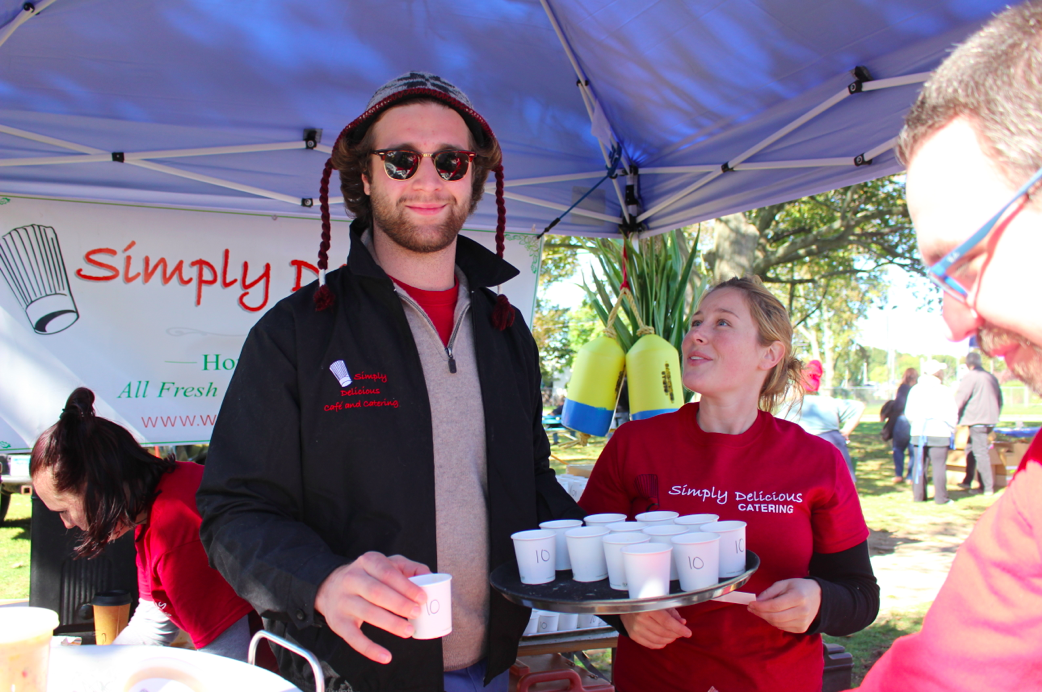 Chef Jake Lopez-Balboa with Lauren of Simply Delicious Catering. This is their first year participating in the event, but their lobster corn chowder. Lauren said she sources her ingredients from local farmer’s markets and uses Norm Bloom & Son for fresh clams and lobsters. Credit: Leslie Yager 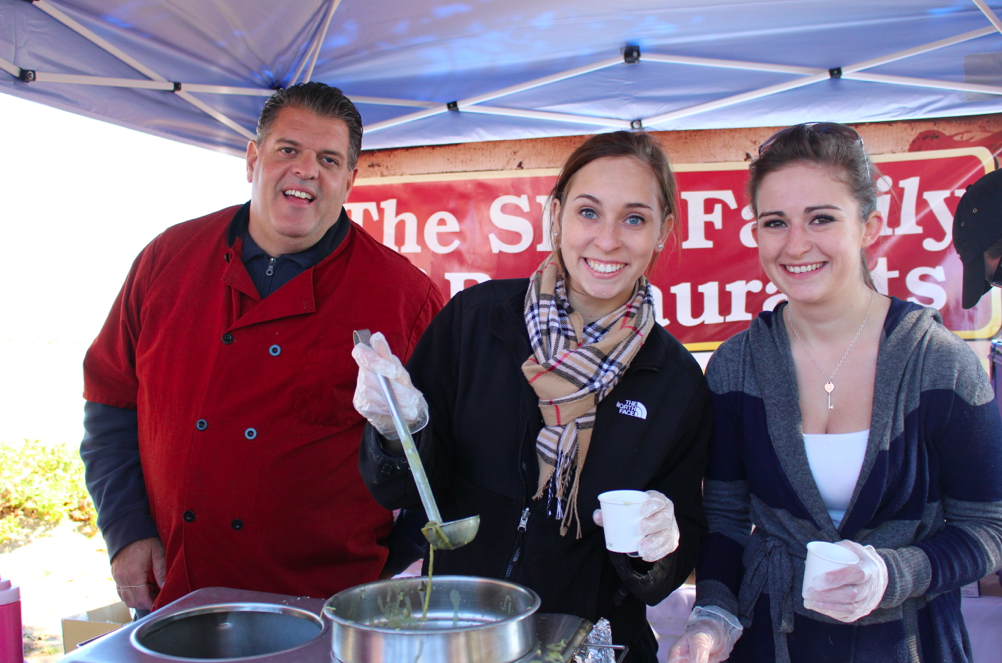 The folks from SBC brewery and restaurants, with locations in Milford, Branford and Southport. Credit: Leslie Yager 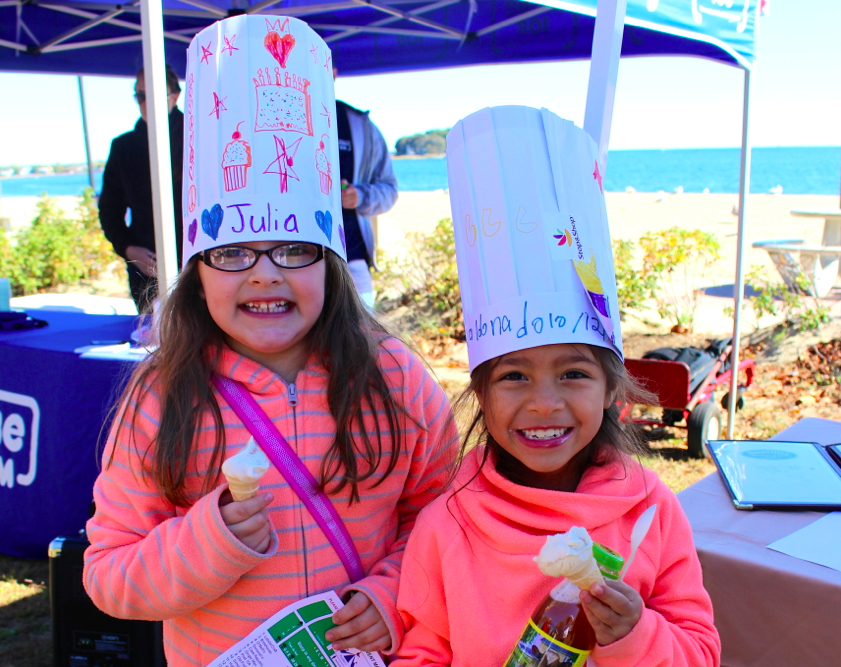 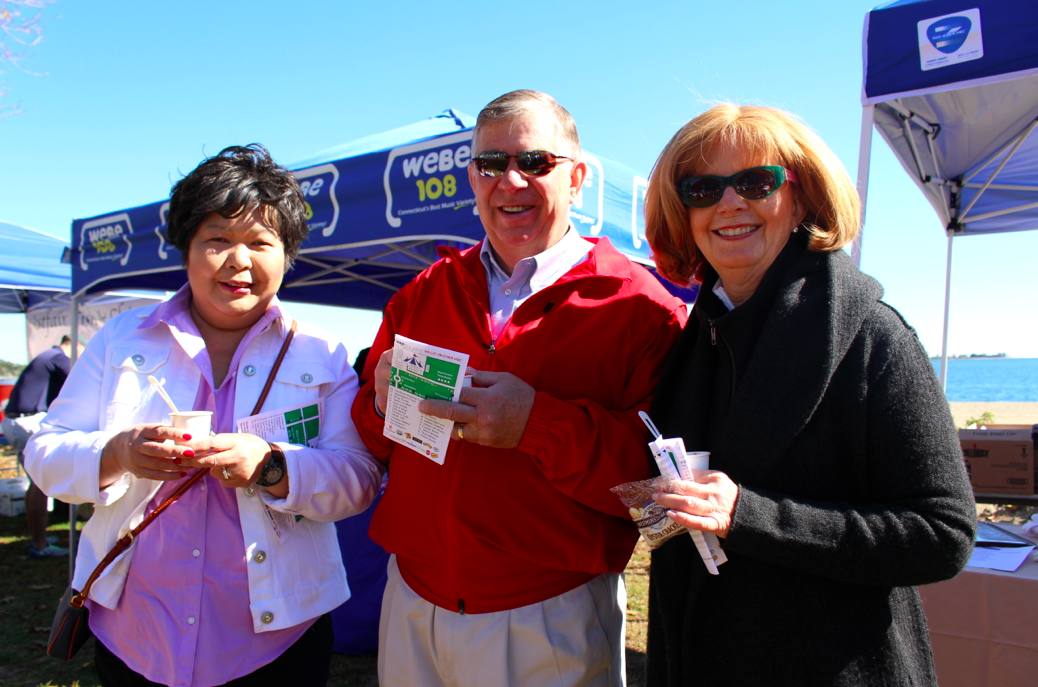 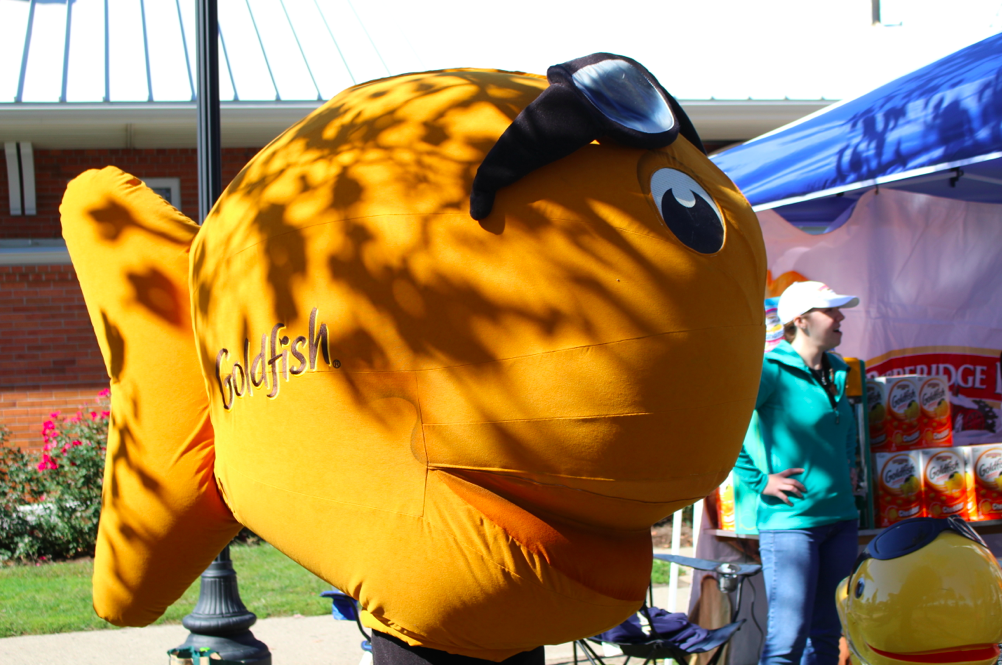 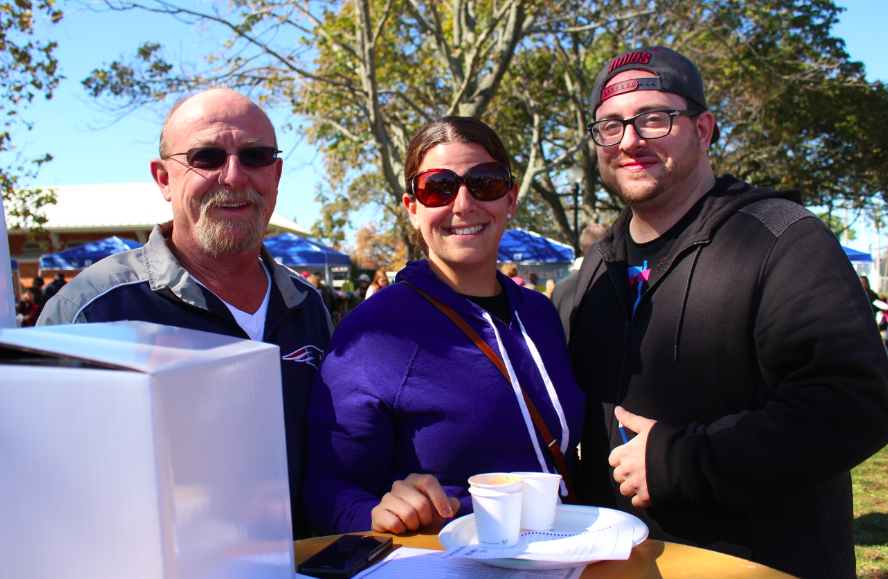 Craig and Sara Golding with Richard Bianco. “How can you beat clam chowder and a view like this of the Norwalk Islands?” Craig asked as he pointed to the beach and beautiful view. Credit: Leslie Yager 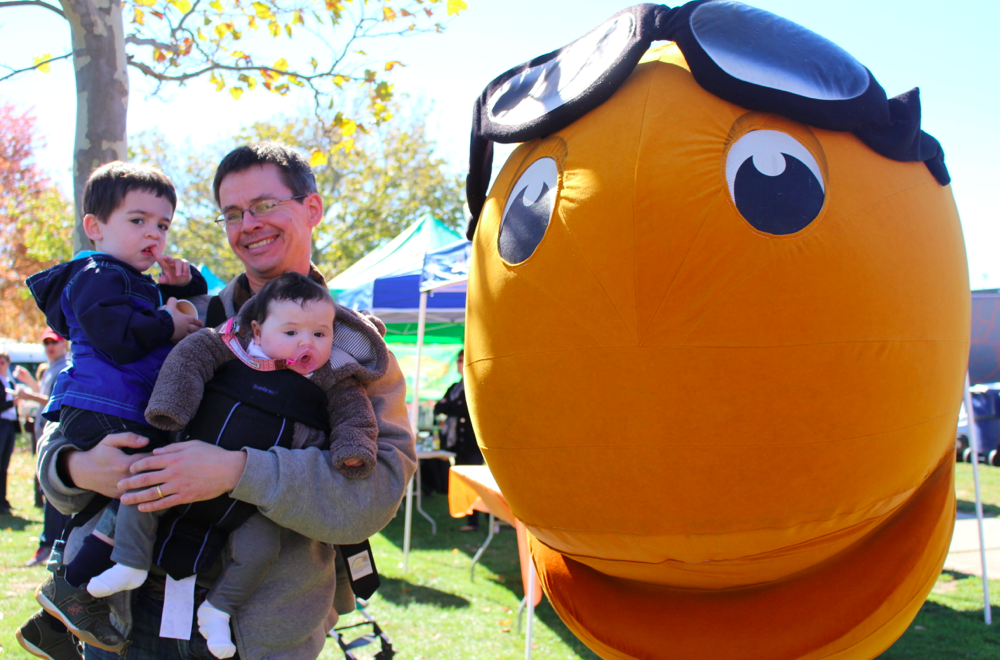 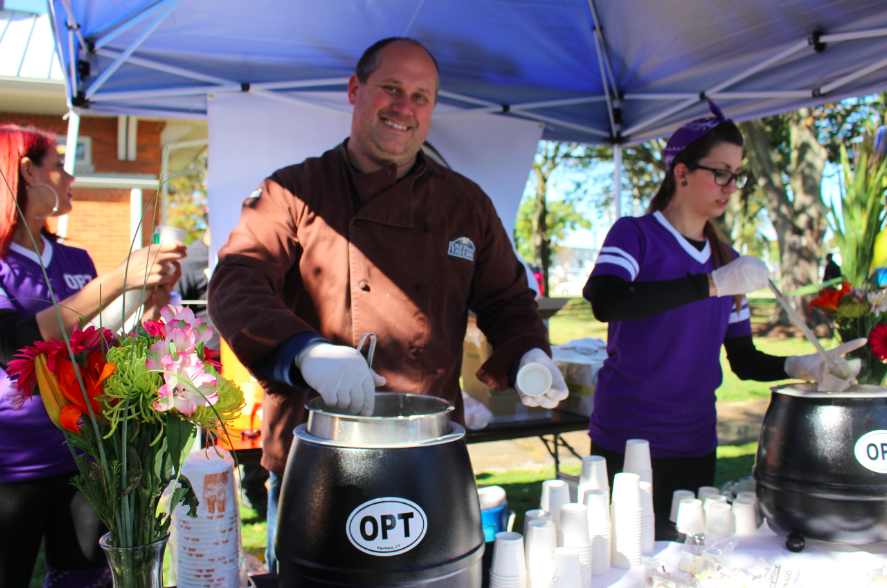 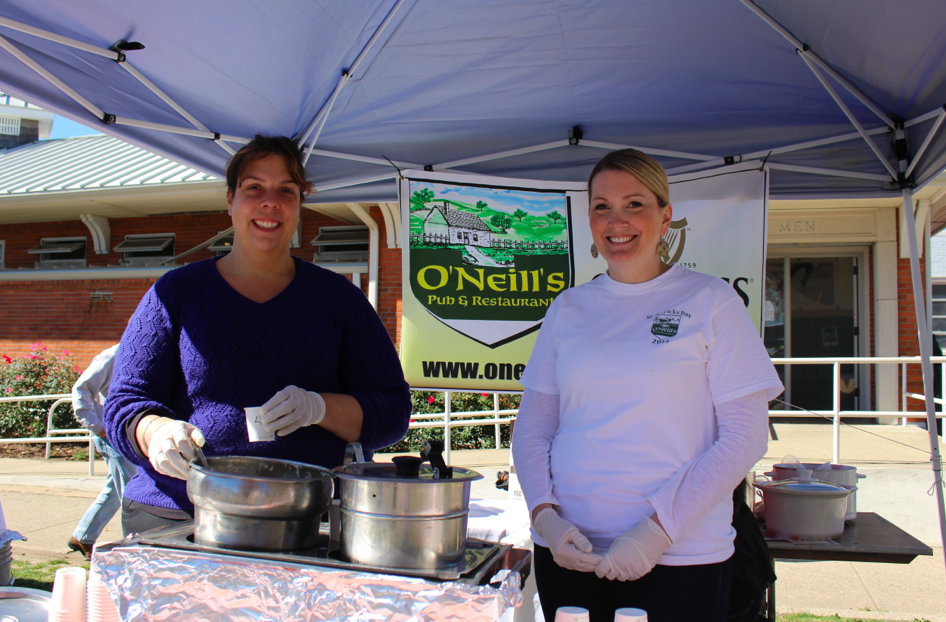 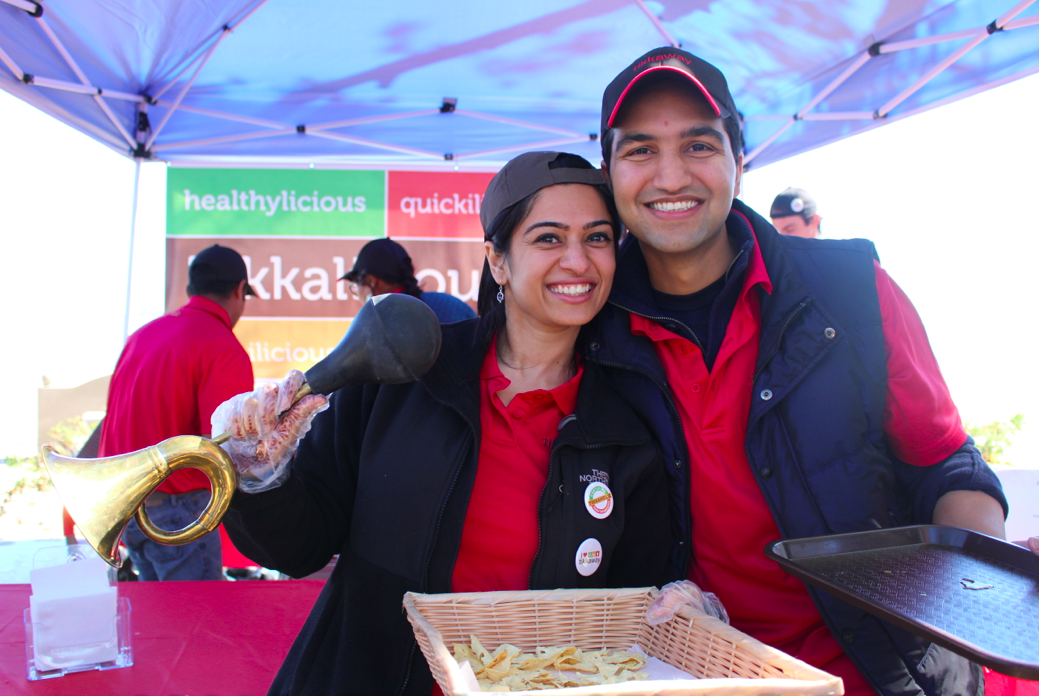 This pair won most cheerful as they encouraged guests to honk the horn if they liked the chowder from Tikkalicious, located in New Haven. Credit: Leslie Yager 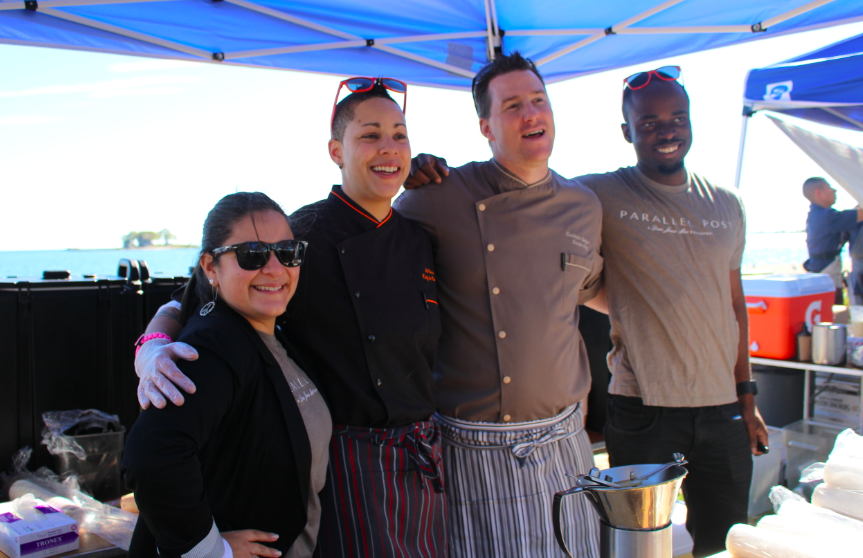 Chef Ali Goss and the folks from Parallel Post in Trumbull. Goss served up her lobster bisque, which she said featured Norm Bloom & Son fresh lobster meat and tarragon cream. Goss said Norm Bloom & Son’s business has operated out of Norwlak for over 100 years. 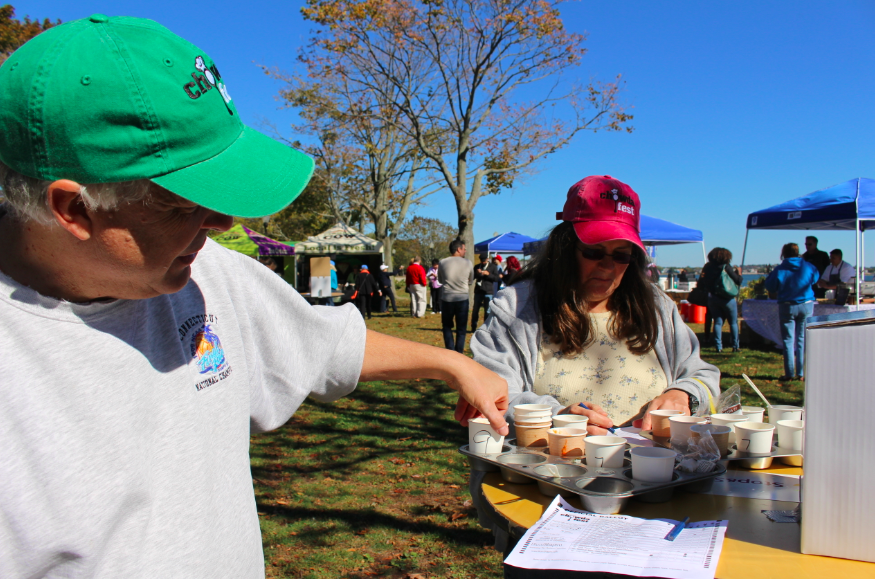 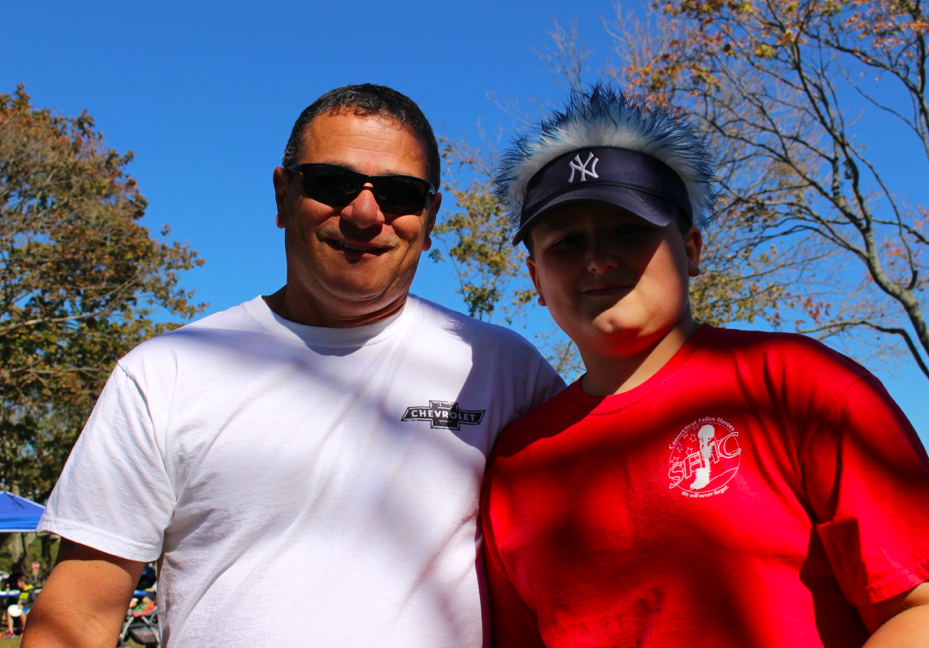 Wilfredo and Roman Perez of East Norwalk enjoyed the convenience of Chowdafest having moved to their neighborhood. Credit: Leslie Yager 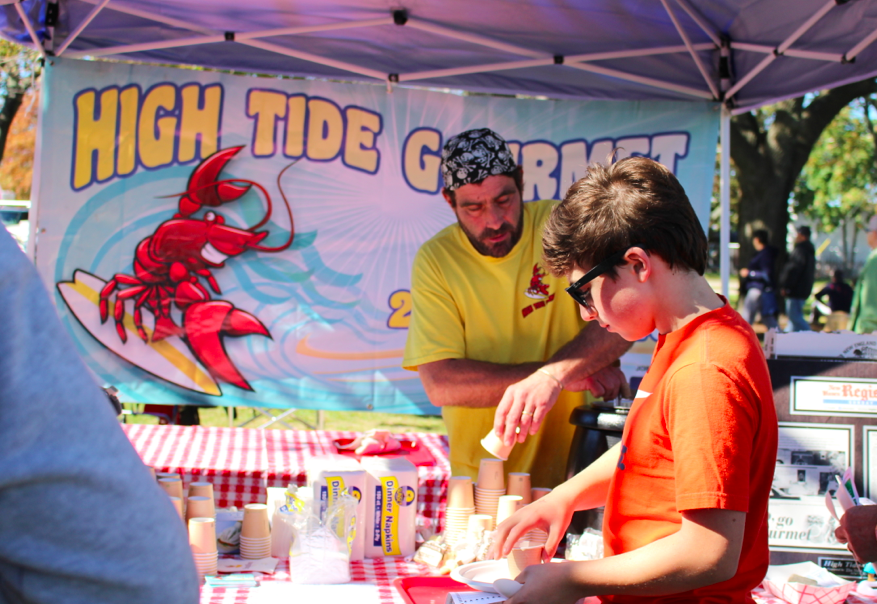 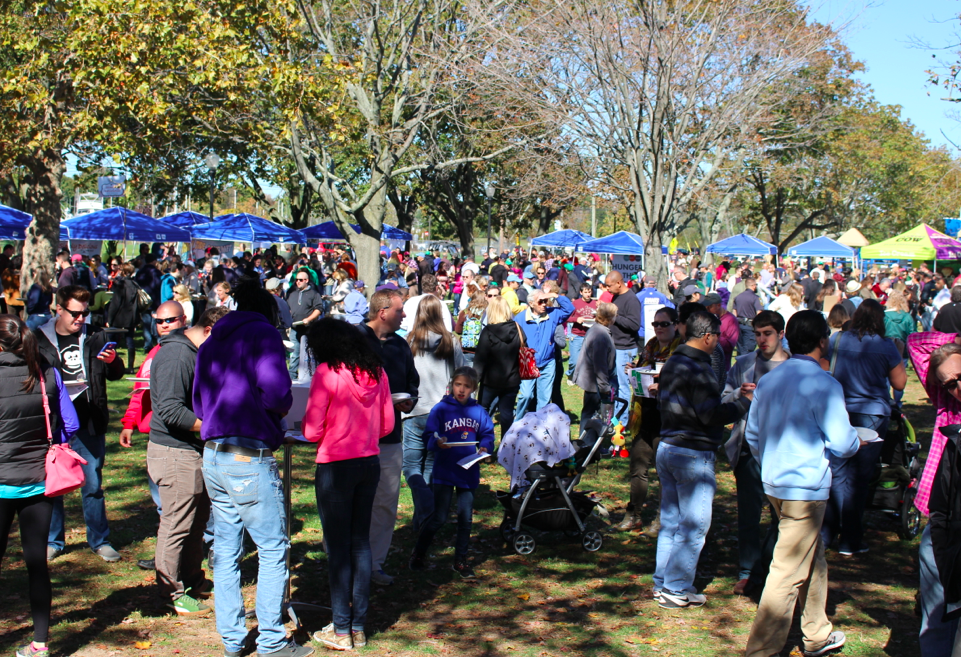 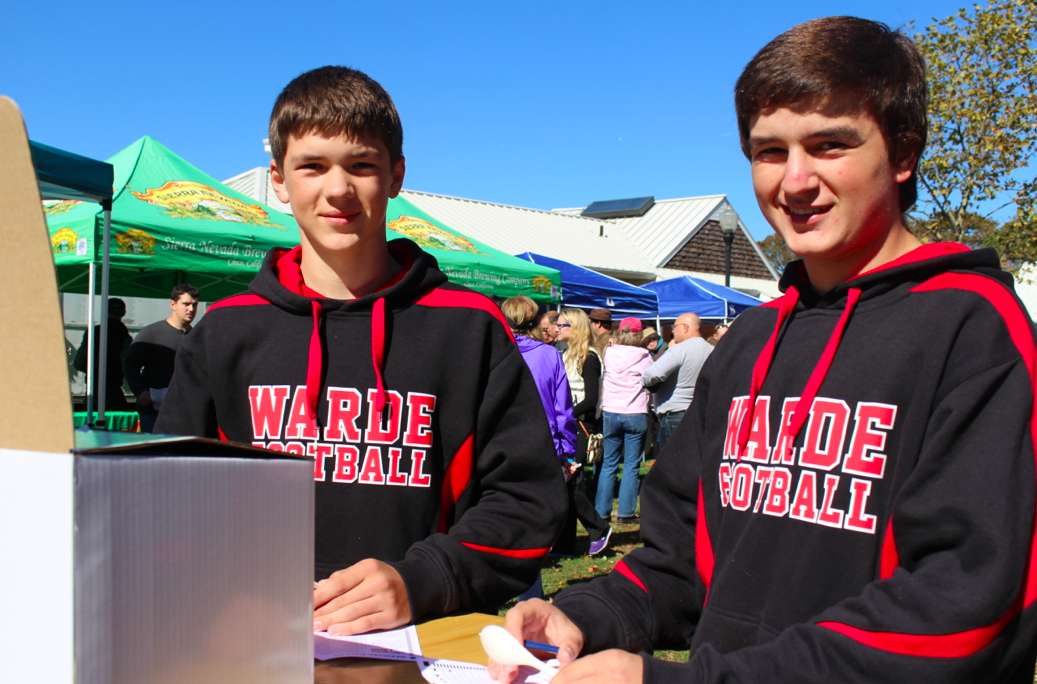 Ninth graders Jake and Tyler, who happen to be on the Fairfield Warde football team, attended Chowdafest for the second time. They were taking their votes quite seriously. Credit: Leslie Yager 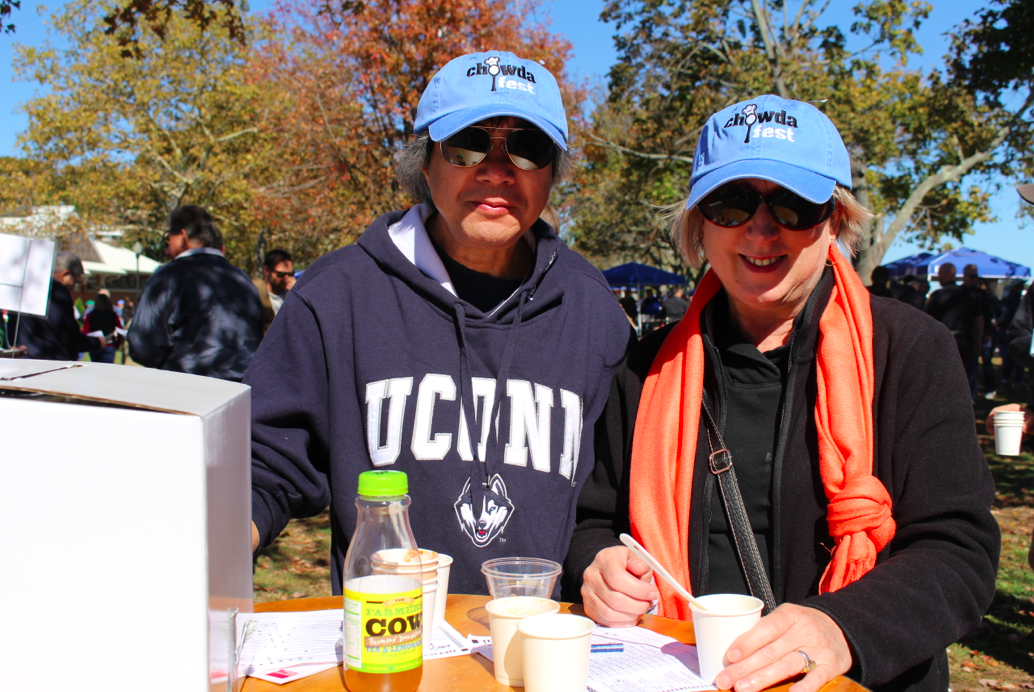 Victor and Katy said they were deciding between Brew House, Gingerman and Simply Delicious for their favorite. Credit: Leslie Yager 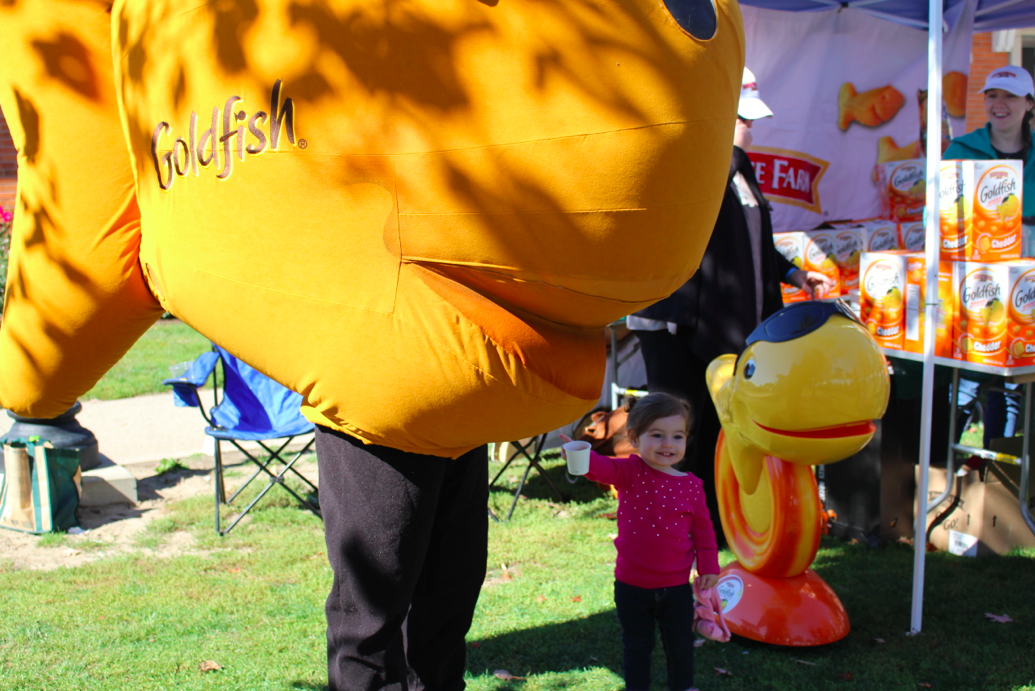 Pepperidge Farm was generous with their goldfish and their mascot was popular too. Credit: Leslie Yager