Everyone who walked into Greenwich Avenue’s Sundown Saloon on Thursday night had a fun surprise – the Greenwich Police Department’s Silver Shield Association was on staff, serving as waiters, busboys, and helping behind the bar, all in the name of Kids in Crisis.

At the Silver Shield’s “Tips for Kids” benefit, all tips from the night went to Kids in Crisis, the Cos Cob children’s shelter that recently announced a cut in $750,000 of funding from the State of Connecticut.

Diane Caldwell and Charlene Ferguson both made a point of attending the fundraiser. “This is important to me because Kids in Crisis is the only center in Connecticut that can help children in crisis. The care the center provides make such a difference,” Caldwell said.

“It’s the best care that you can get. It is truly awesome – it’s the best care you can get,” Ferguson said. “It is so important to help children to stay normal and maintain routines during a crisis,” she continued adding that it is imperative for the town to rally around Kids in Crisis and make sure it flourishes. 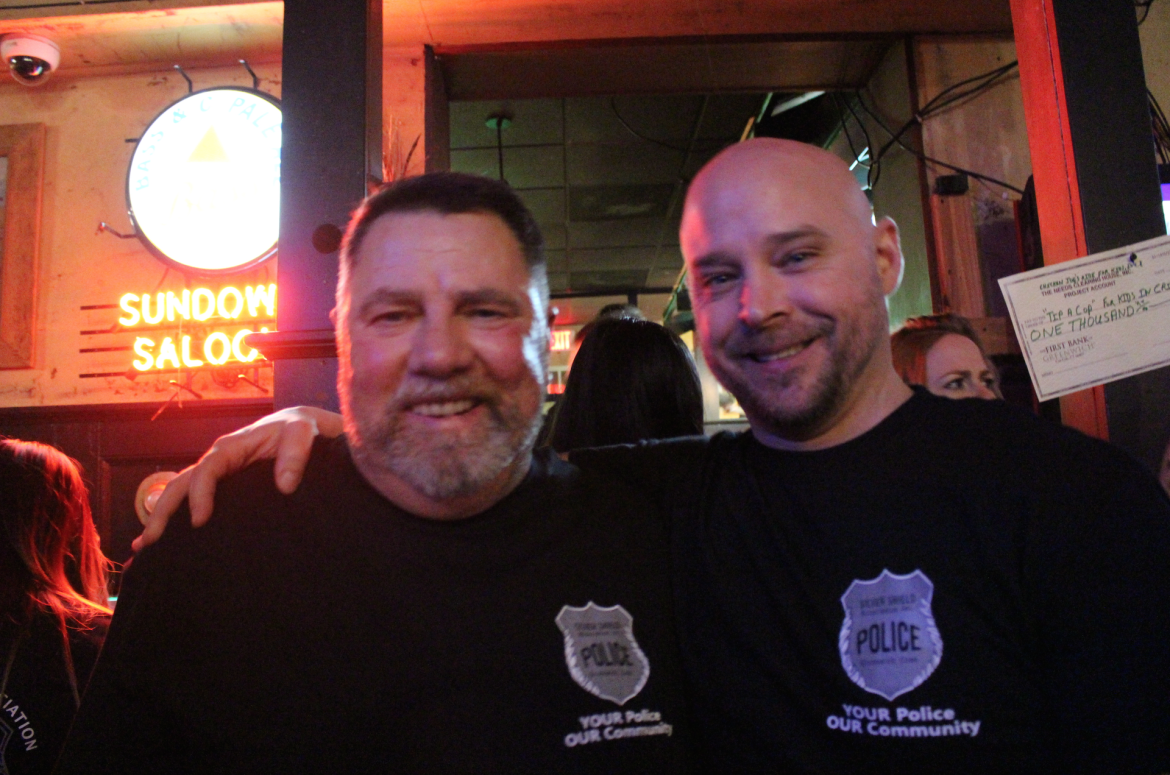 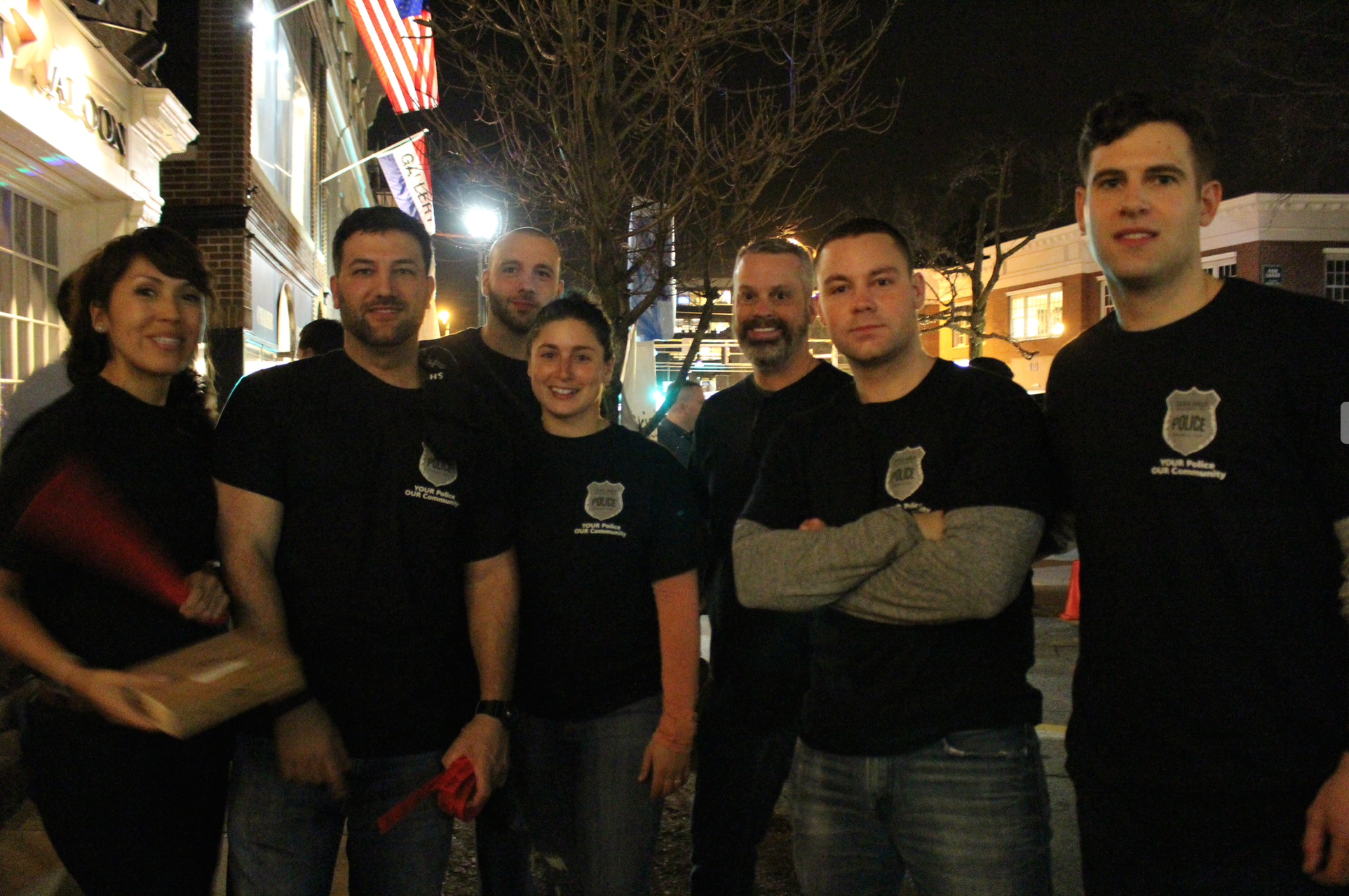 Officers outside Sundown Saloon on Greenwich Ave on March 10, during the Silver Shield fundraiser “Tips for Kids” at Sundown Saloon. Credit: Leslie Yager 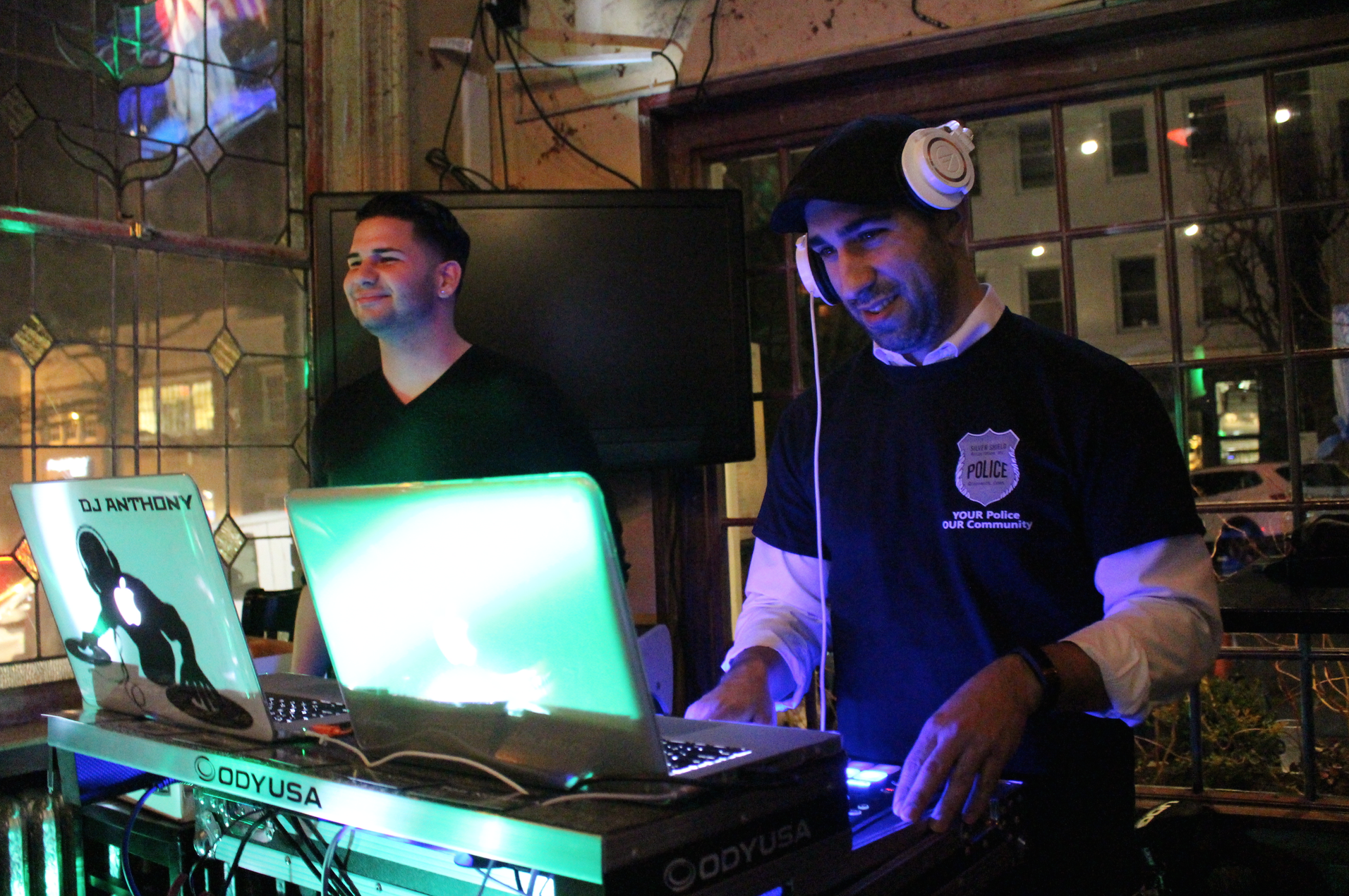 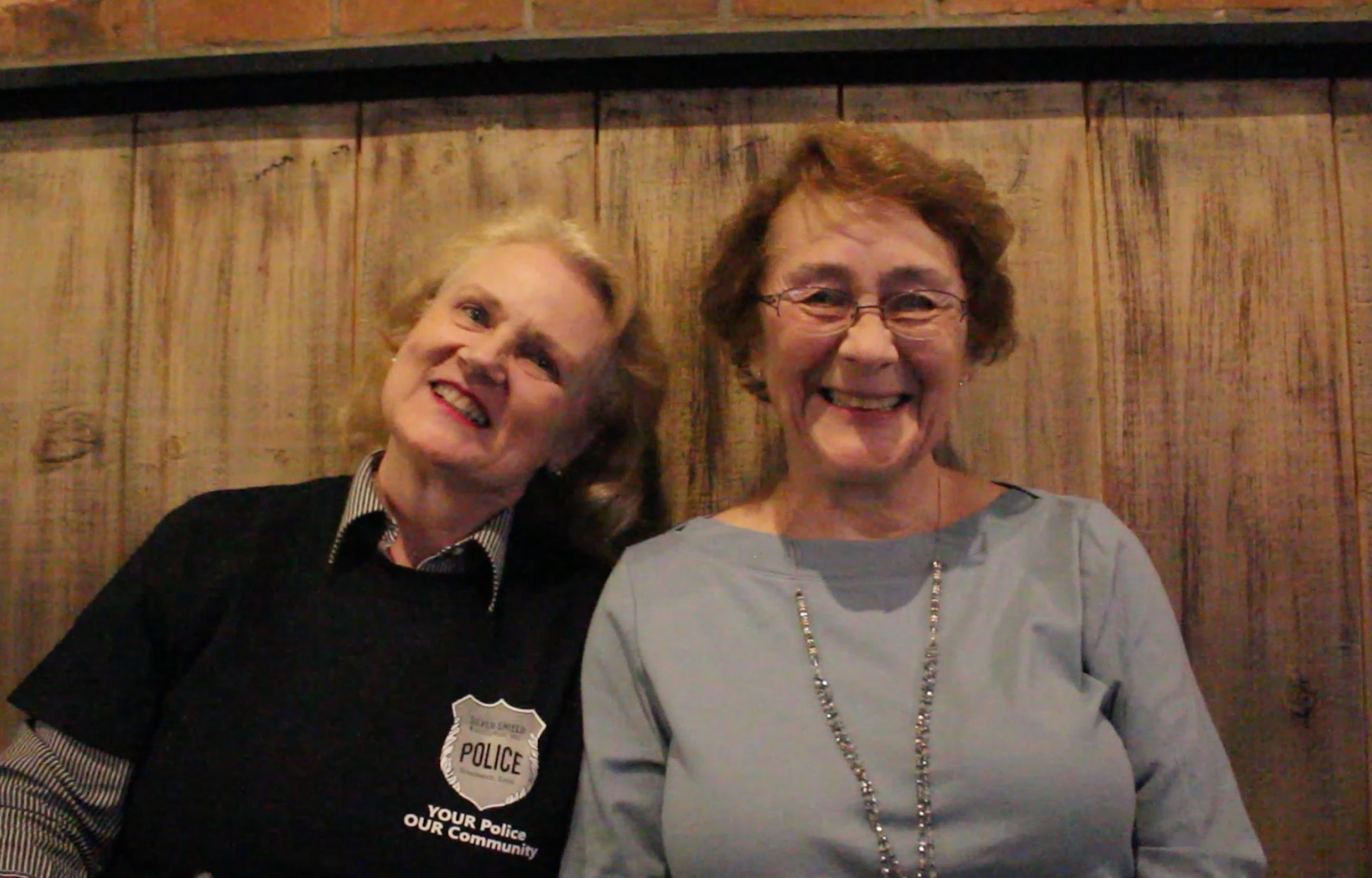 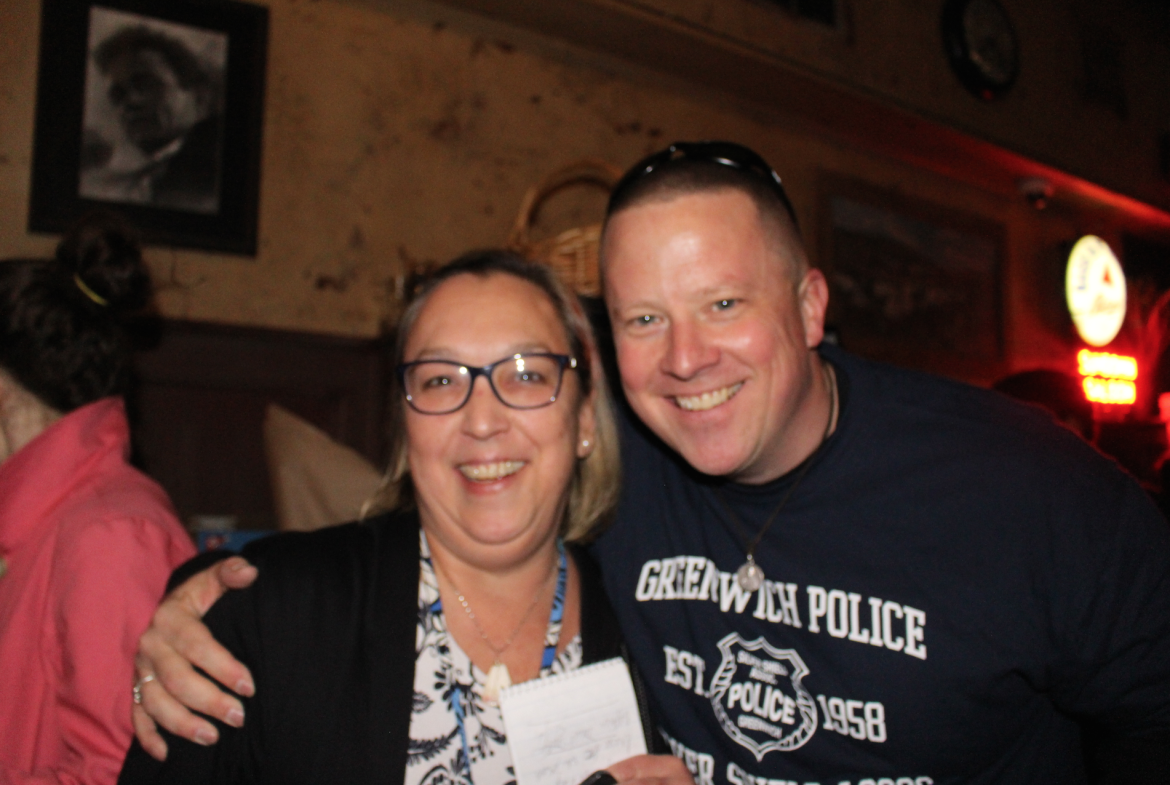 Barbara Heins and Sgt Tim Hilderbrand at the Tips for Kids event at Sundown Saloon, March 10, 2016 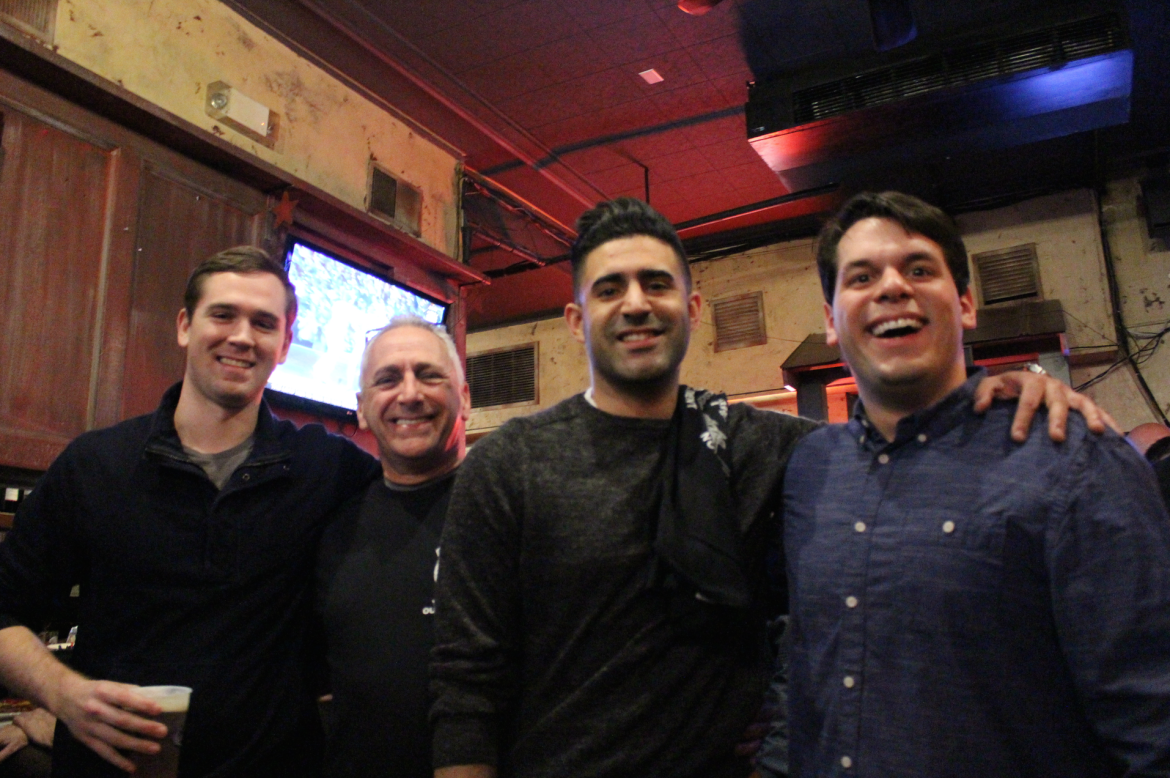