The annual Wiffle Ball tournament will take place at the

Greenwich Polo Club on Saturday, July 18 (rain date July 19). The fee for a team of four is $125. There is a maximum number of 64 teams, so register while there are team slots remaining!

According to Erin Montague, this year the title sponsors are different, and the Silver Shield is directing the tourney. The event has come a long way from the time a group of ingenious teens caused a brouhaha by improvising their own wiffle ball field on town land in Riverside by clearing brush and bringing in castoff pieces of plywood.

Since then, the event has come to symbolize that kids can make things happen and “be part of the solution.”

“These guys have carried the torch for eight years. The original intent behind the wiffle ball tournament was to guarantee enough funding for the wiffle ball field, which they did,” said Silver Shield’s Tom Keegan, a retired Greenwich Police Lieutenant. “We could have either said, ‘We’re done,’ or ‘This is a cool event. Let’s keep this going,'” he said, adding that the next question was what to do with the funds raised. The answer was a no brainer.

According to Keegan and Montague, the funds raised will be funneled back into a variety of kids’ programs.

“It’s the same names and team captains every year,” said Erin Montague who is coordinating the registration process. “There’s a handful of women and girls too.”

“People say it’s their best memory of the whole summer,” Montague said, adding that she’ll even get calls from residents saying their grandchildren are visiting in the summer and asking if they can play. The answer is yes! In fact, she said teams from near and far make Greenwich a destination. “They come from Rhode Island, upstate New York, New Jersey — from all over.” In something of a homecoming, some of those original teens from the improvised lot in Riverside come back to carry on the tradition.

“When you’re playing wiffle ball, you’re a little kid,” Keegan said of the game, which he described as running across all ages and ethnicities. And though most participants fall between the ages of 14 and 32, Keegan said, no matter your age, “At that moment in time, they’re all children.” 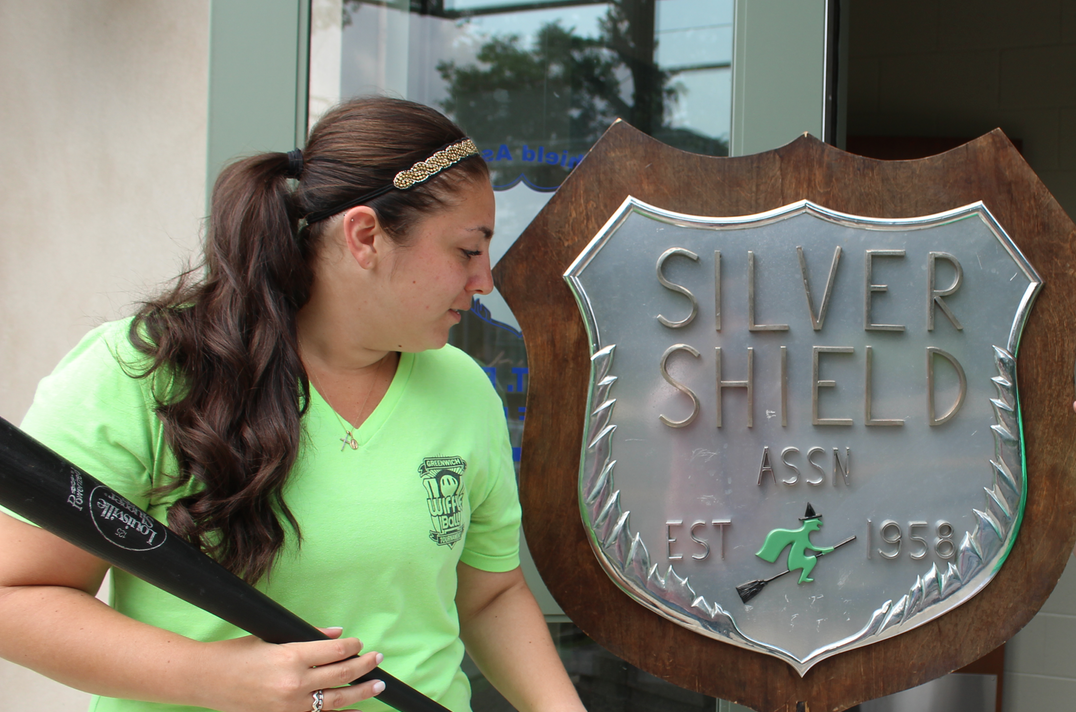 Erin Montague with one of the Louisville Slugger bat replicas use for the wiffle ball tournament outside the Silver Shield office on Mason Street. Credit: Leslie Yager

Montague, who is a guidance counselor at Western Middle School, said the game is all about the kids, but a neat feature of the tournament is that a lot of police officers participate.

“It gives the cops and the kids a good reason to be together. It’s not like, ‘Oh, I’m in trouble for skateboarding in the wrong place,'” she said. “It builds relationships between town officials, police officers, parents and kids.”

Montague said the principal of Western Middle School, Gordon Beinstein, is a big wiffle ball supporter. “We donated a team to the WMS silent auction this year,” Montague said, adding that Mr. Beinstein was the winner! “Last summer his son, friends and all their parents stayed the whole day. His son Jake said it was the best day of his summer.”

Frank Carpentieri of Garden Catering has been incredibly generous over the years, according to Montague. Frank has provided bountiful trays of sandwiches cones and the nuggets everyone loves. “He has also gotten the commitment from local bakeries and ice cream vendors to provide breakfast and snacks,” Montague added. “And, Frank will say, if there’s any kids who can’t afford to register a team, he’ll sponsor them.”

For friends and family attending the event but not playing, Montague said that for a nominal fee they can eat and drink throughout the day.

Jenny Byxbee, Director of Community Impact for Greenwich United Way, said she is proud of the United Way’s long standing partnership with the Silver Shield and the Greenwich Police Dept, who support many local youth-based initiatives including, wiffle ball, Juvenile Review Board, the  Greenwich High School Inter-agency Team.

According to Byxbee, the United Way and Silver Shield  recently worked together with agency partners to resurrect Safe Rides.

The original wiffle ball tournament served as a fundraiser to pay for a proper wiffle ball field. Having succeeded toward that end, there are plans in order to erect the wiffle fence in Byram Park late this summer. Byxbee said she’s thrilled with the RTM’s acceptance of United Way’s gift earmarked for installation of the fence.  She said now that the goal of finding a designated place for children to play wiffle in Greewnich, it makes sense to pass on the bat to the Silver Shield  who will take on the leadership of tournament.

“The Wiffleball tournament to me is the best possible example of young people working with adults and the community to provide solutions to matters that they care about,” said Byxbee. “If Greenwich doesn’t care about what matters to Greenwich’s children, who will?  Sometimes, those problems are big, some times small. But, in the case of wiffle, we were lucky in that it was a fun problem to be solved.”

The day of the event, there are 20 fields set up in two rows. Registration starts at 8:00am and first pitch is at 8:45am. For more information or to register your team with a credit card, go to the Wiffle Ball Tourney home page or contact Erin Montague at [email protected] 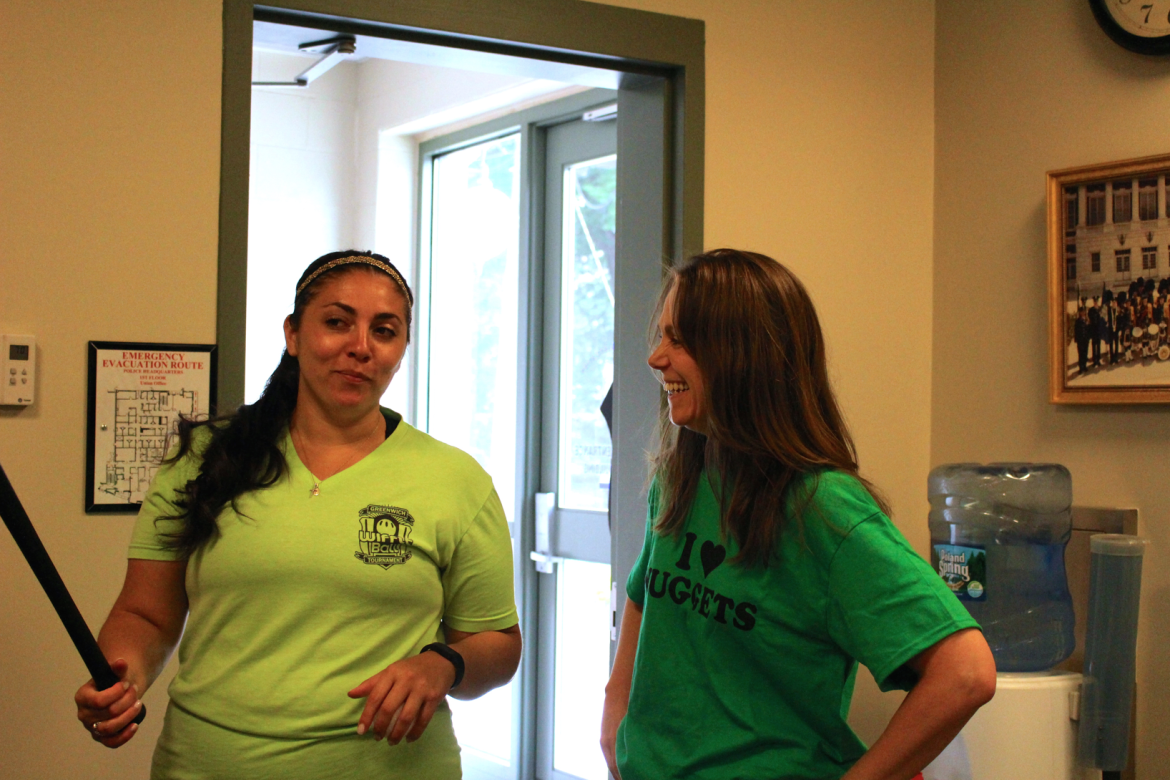 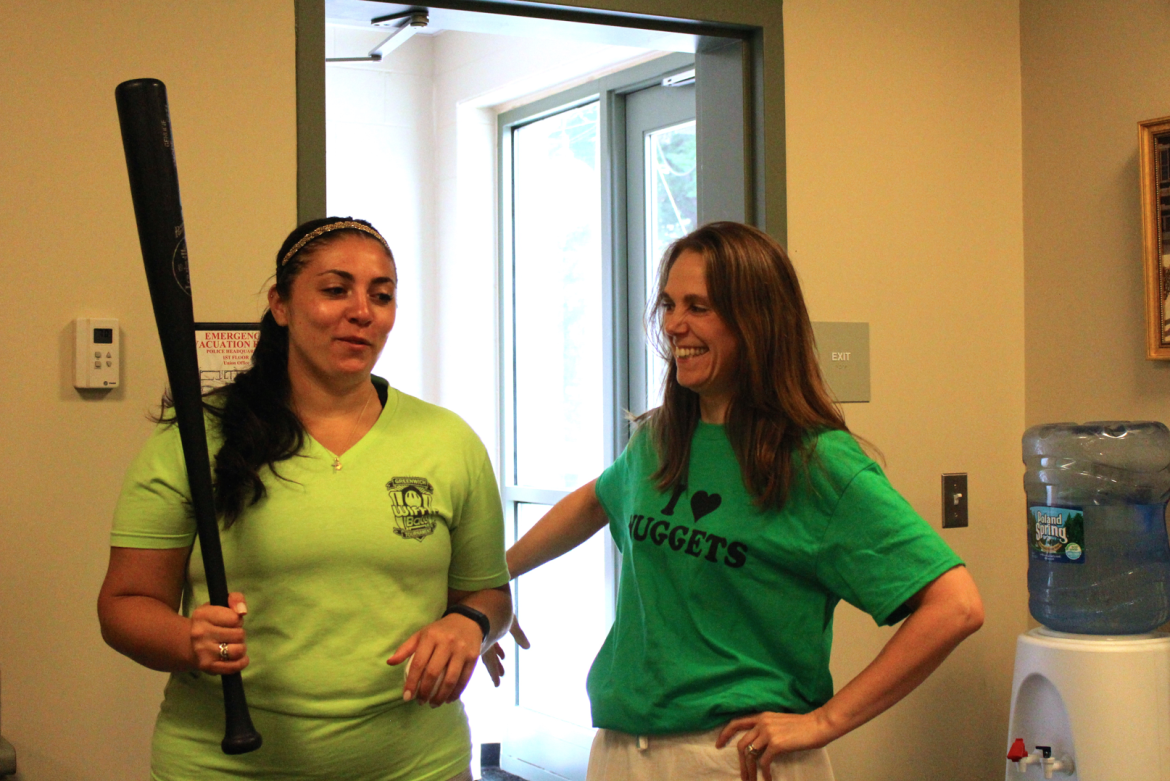 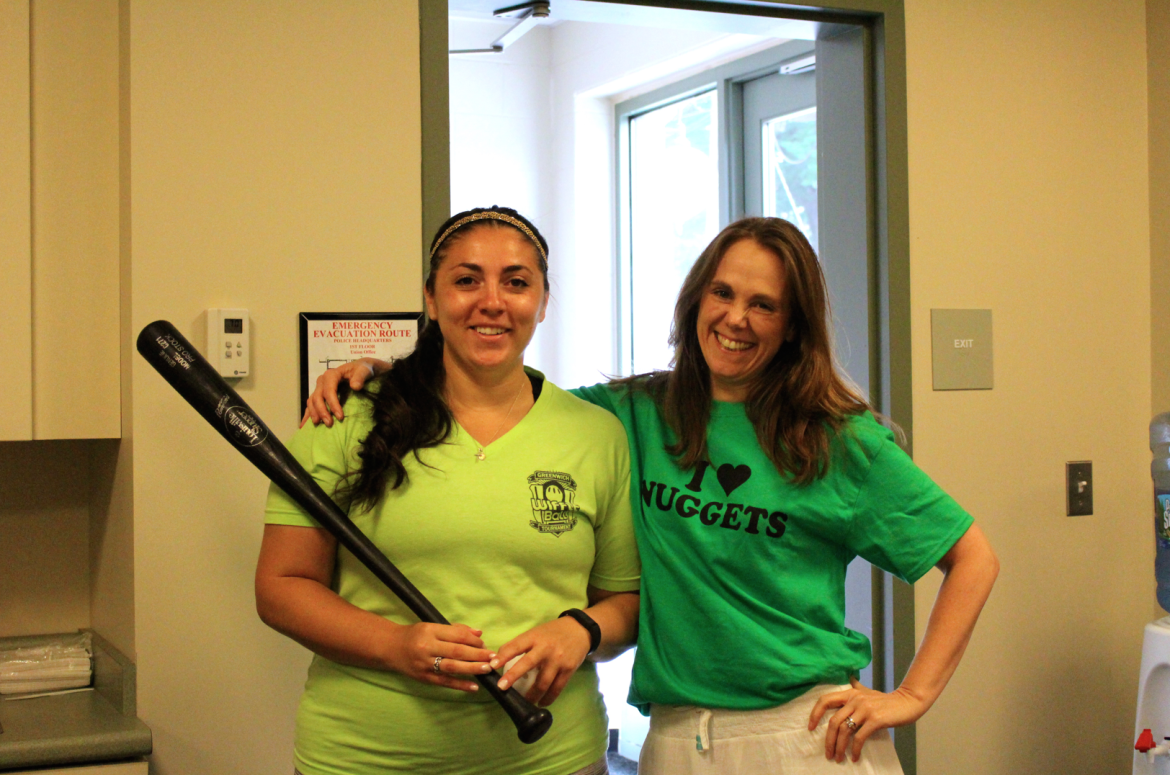 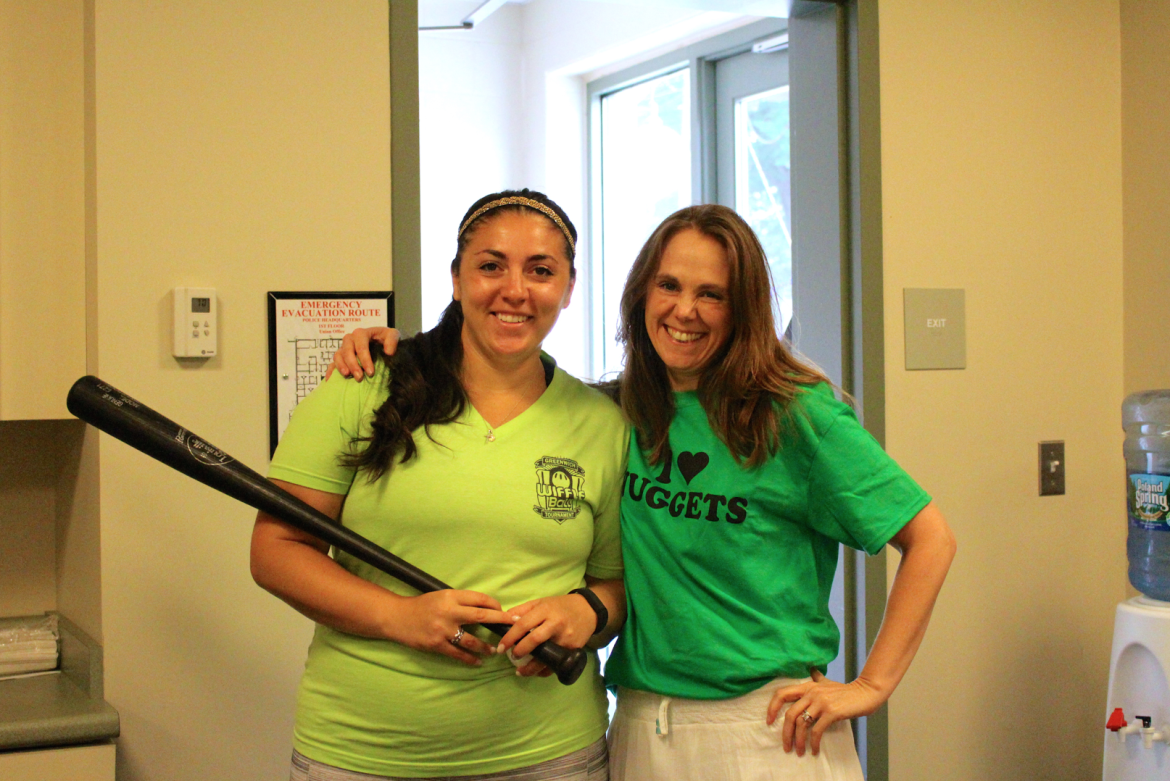 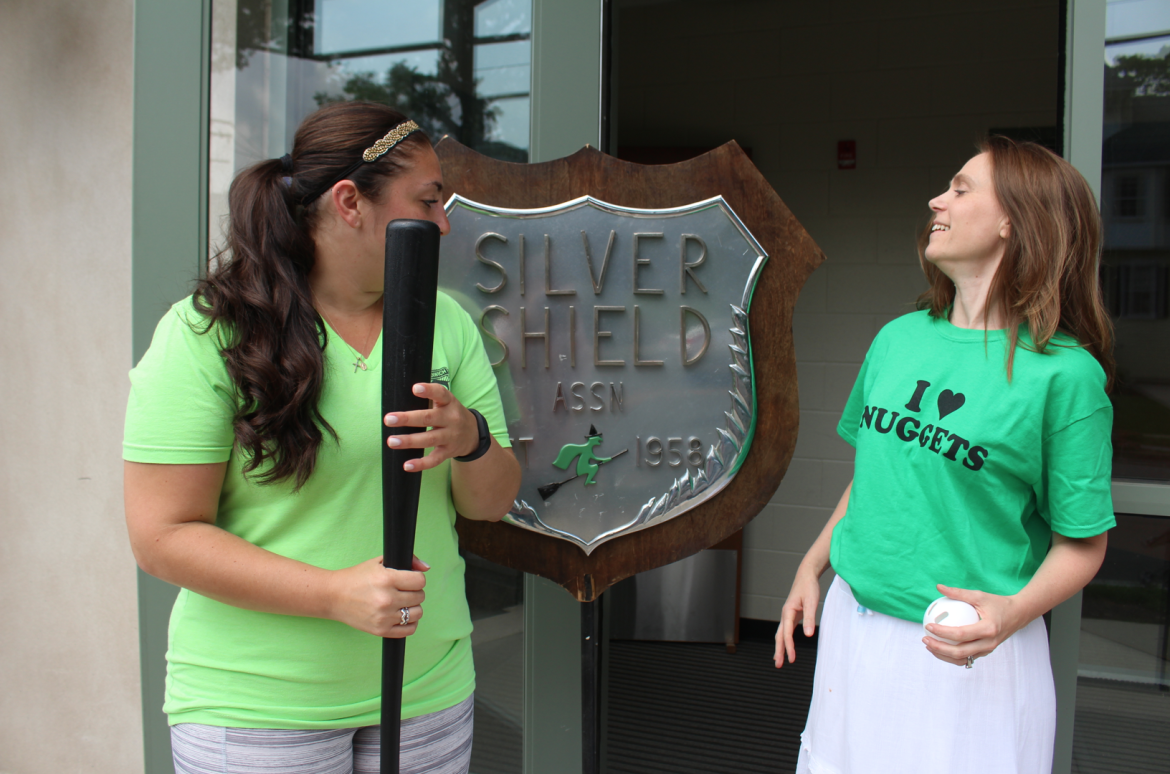