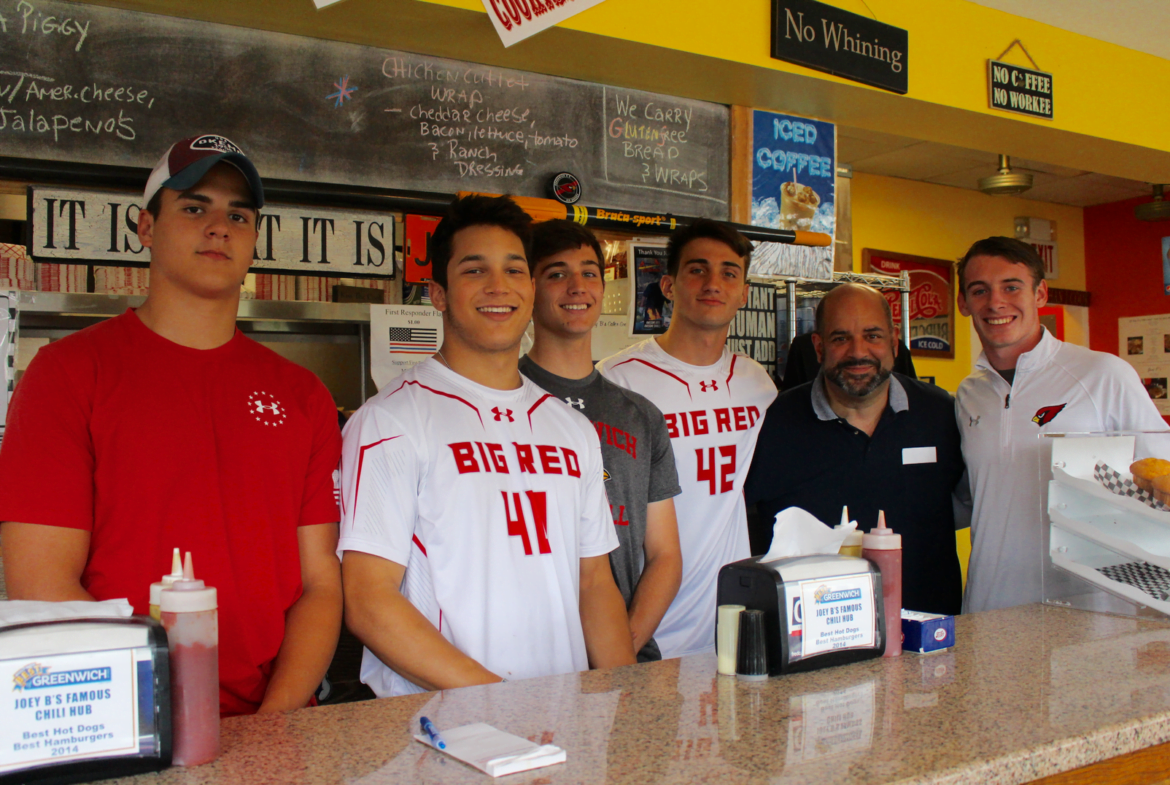 Dom Delfino at Joey B’s hosted the Greenwich High School Cardinals for a fundraiser on Tuesday at his popular Cos Cob eatery.

As always, Mr. Delfino will donate all tips and 20% of sales to support the  team.

“The GHS football team is always trying to get in touch with the town and we’d heard about other teams having success coming here and raising funds,” said Cards football captain Finbar Doyle, who is finishing his junior year at GHS.

The other players working the first shift at Joey B’s on Tuesday – Emilio Camou, Tysen Comizio, Larry DeLuca and Mozi Bici – couldn’t say enough about the food at Joey B’s.

Mozi said his favorites are the Texas burger and the mac ‘n cheese bites. Finn said he love to come to Joey B’s for breakfast and always orders the pancakes. Mozi said he is a hard core bacon-egg-and-cheese man.

“Since the season ended, we’ve been putting in a lot of work in the weight room and on the field,” Tysen said. “We’re really prepared for next year.”

“We love coach Marinelli,” he continued. “He is really positive and his non-stop effort has not gone unnoticed. He is such a motivator.”