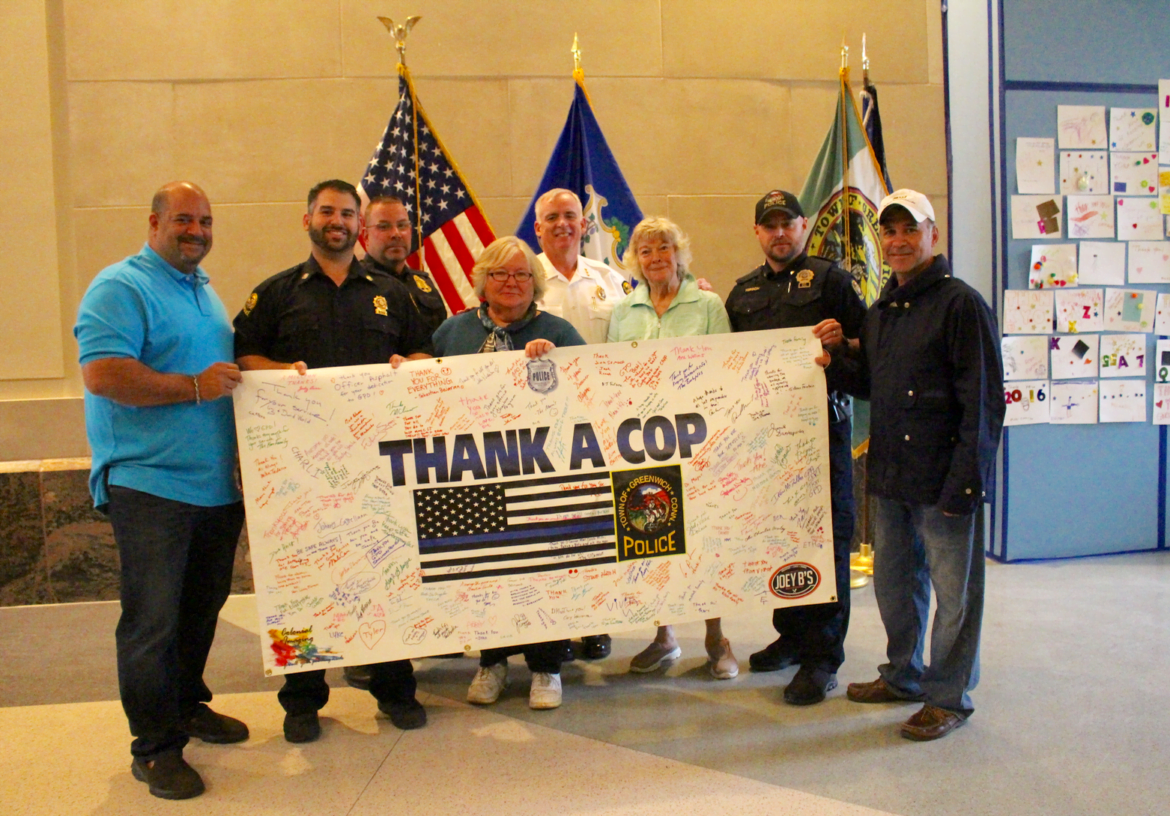 The first annual “Thank a Cop Day” at Joey B’s restaurant was a huge success. Many residents stopped by to say thank you to first responders for the difference they’d made in their lives.

One resident stopped by to say that doctors at Greenwich Hospital told him his wife would not have survived her heart attack if she hadn’t arrived so quickly due to efforts of police and GEMS.

Though the event was not a fundraiser per se, a small jar for donations to the Greenwich Police Chief’s Scholarship Fund was visible. By the end of the day its contents totaled $1,300. The scholarship is for children of Greenwich Police Dept who are entering or in college, and they must maintain at least a 3.0 GPA.

On Friday morning members of the committee who organized Thank a Cop Day delivered the banner signed by dozens of residents.

Chief Heavey said the banner will be hung over the entrance for the police station parking garage so police will be reminded of the community’s support as they head out to their shifts.

At Joey B’s, there are some Thank A Cop bracelets remaining, as well as some blue ribbons to tie on trees in a display of gratitude. 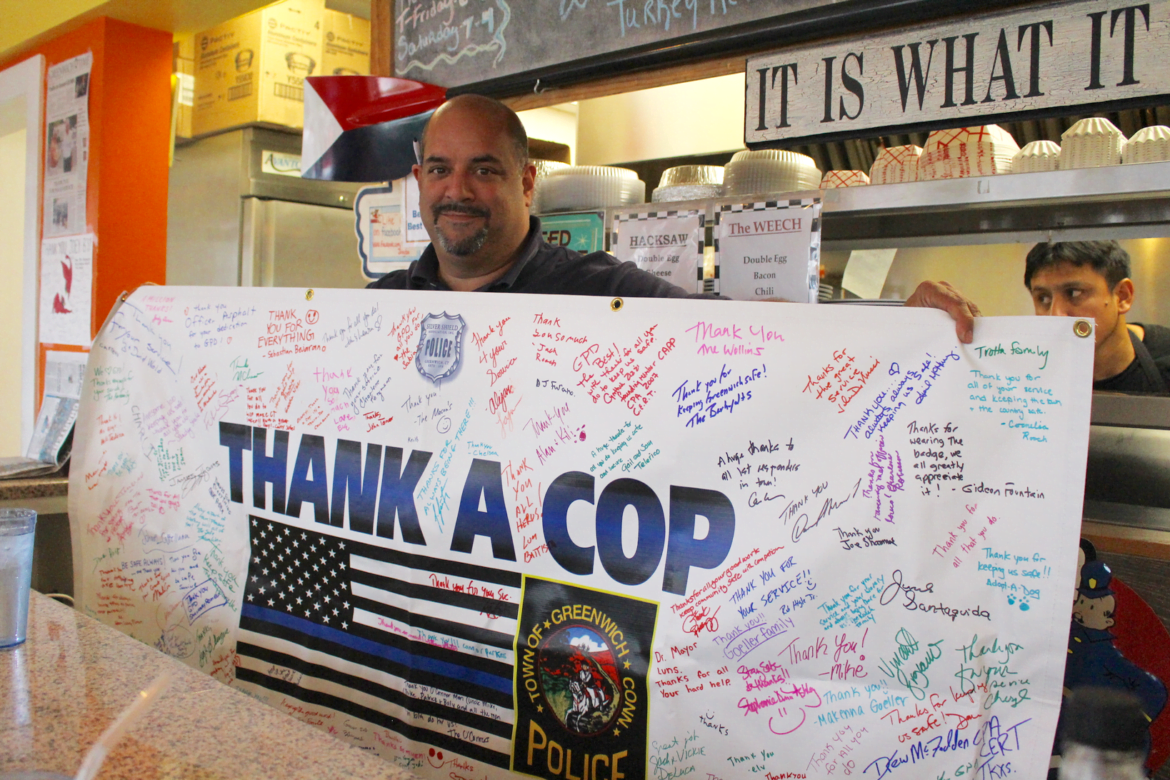 At Joey B’s, owner Domenick Delfino holds up the banner signed by residents throughout Thank a Cop Day on Sept. 27, 2016 Credit: Leslie Yager