Chief Heavey said both officers have exceptional histories with the Department and noted how important it is to have officers who are as dedicated as Det. Parrillo and SRO Reisch.

Also on hand for the important day were Captain Robert Berry, Captain of Detectives, and fellow officers.

On behalf of the entire department, congratulations and a job well done! 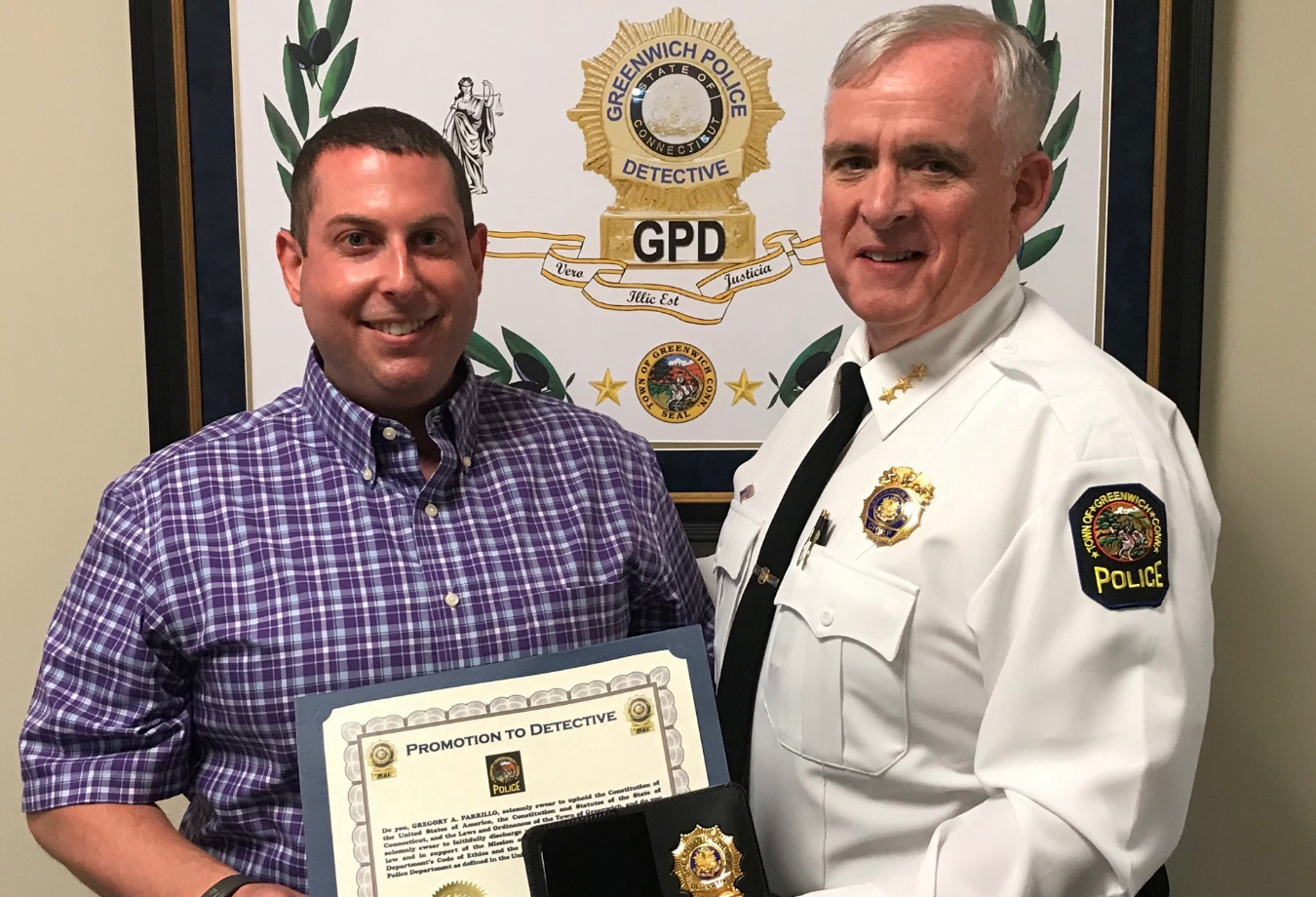 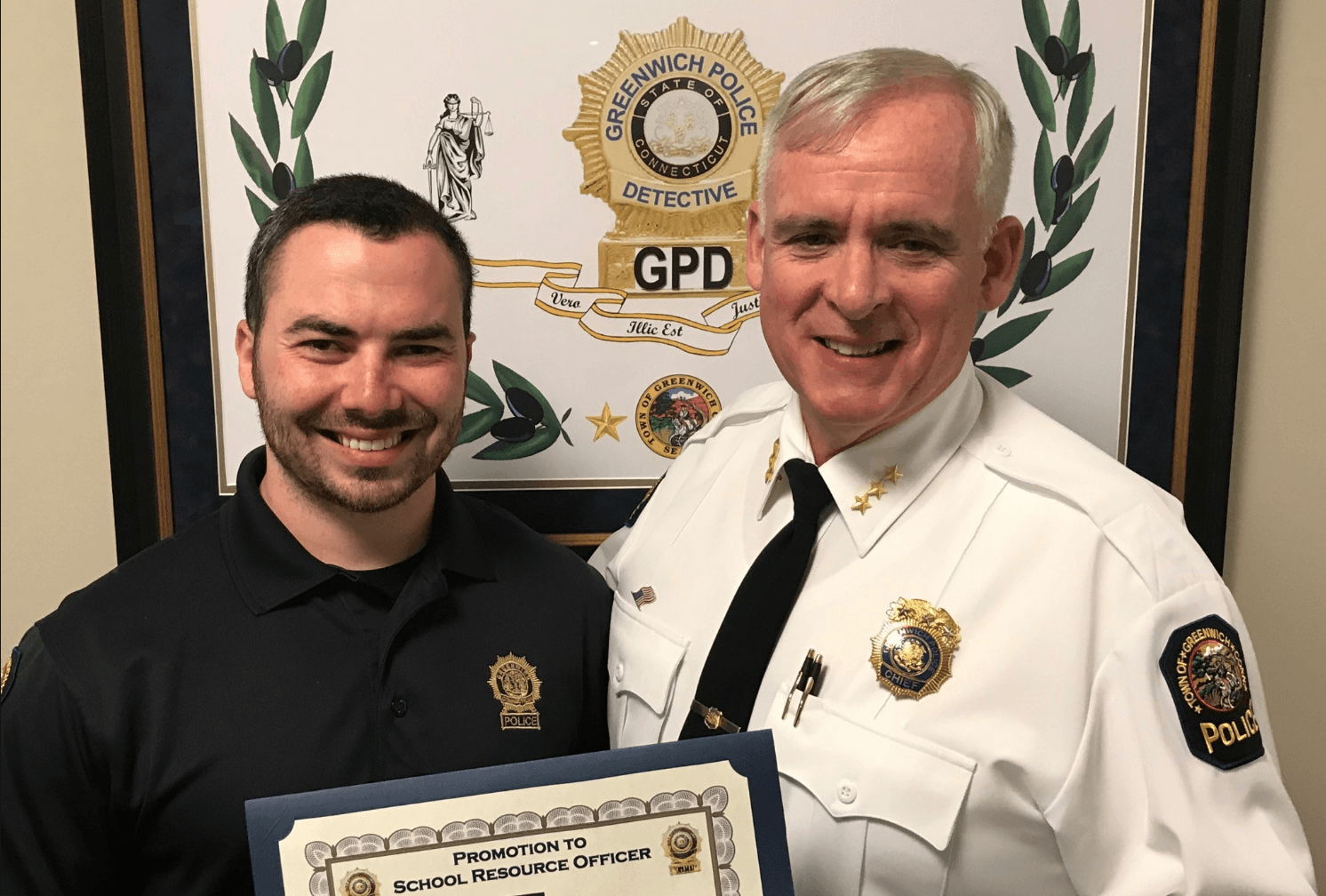