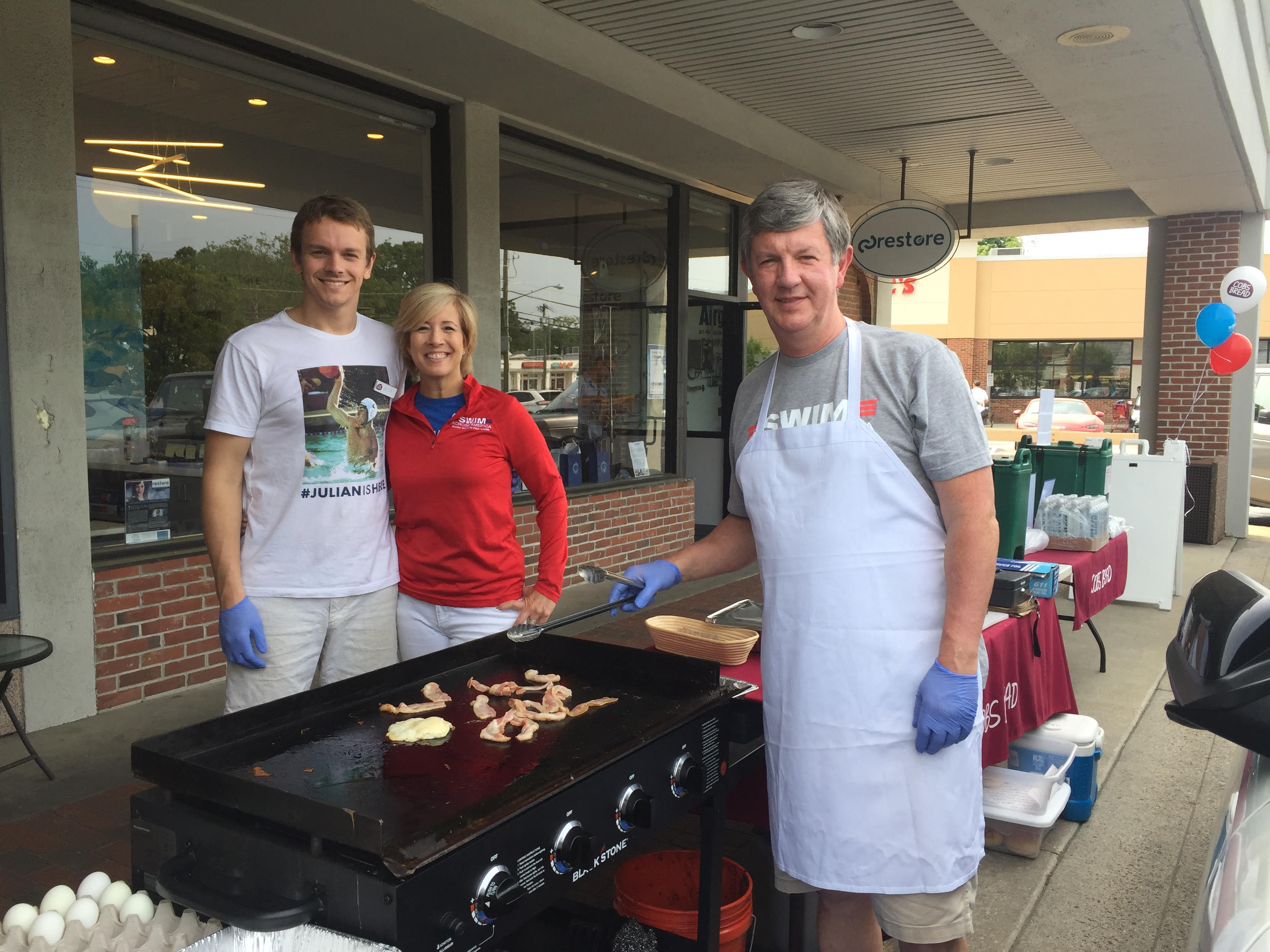 Louise and Robert have been been long-time supporters of Swim Across America Fairfield County and have held fundraisers for the swim to help raise funds for crucial cancer gene therapy research for the past four years.

Louise and Robert have a personal reason why they raise money in the fight against cancer.

Julian finished his high school career as an All-American swimmer and a second-team All-American water polo player, earning a spot on the Santa Clara University water polo team. He led the GHS water polo team to a 31-1 record during his tenure, including being part of a state champion swim team for three of four years. 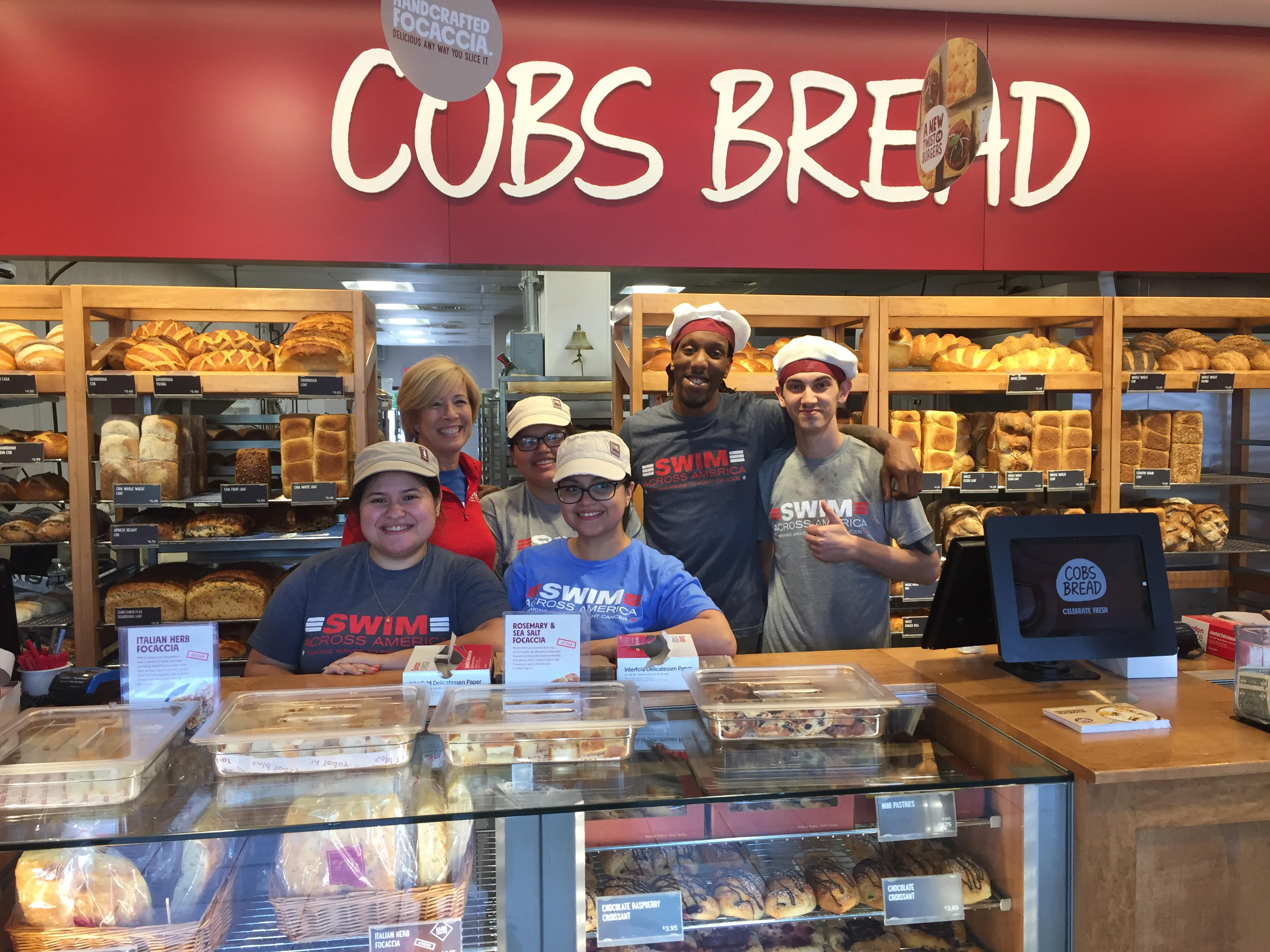 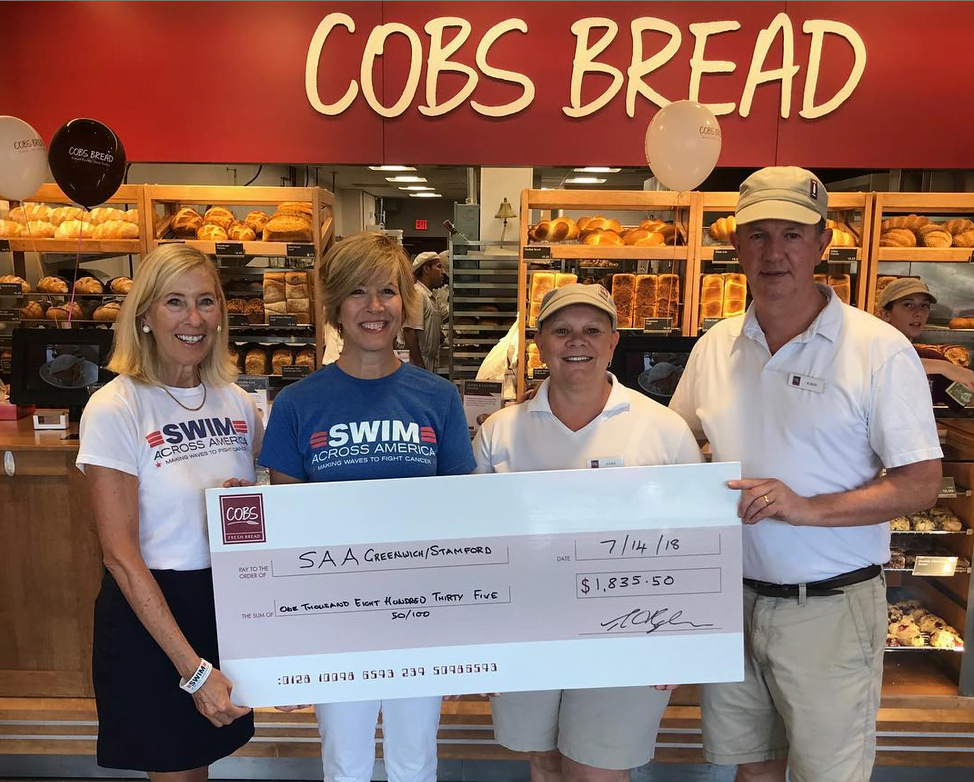 Just after starting college at Santa Clara, Julian was sadly diagnosed with osteosarcoma, an aggressive form of bone and connective tissue cancer. Julian sadly passed away at age 21 in 2017.

Nick Hyden now swims at the annual Swim Across America Fairfield County open water swim on Team Julian in honor of his friend and teammate. And his parents, Robert and Louise, do what they can to help support breakthrough cancer gene therapy research through Swim Across America and its local beneficiary the Alliance for Cancer Gene Therapy (ACGT) by raising more money through fundraisers at their COBS Bread bakery on High Ridge Road in Stamford.

On each of these Saturdays from 10:00 a.m. until 3:00 p.m., the Hydens and their staff will be holding a very special BBQ to raise funds for Swim Across America Fairfield County. They have also recruited all of their fellow retailers in the High Ridge shopping center where COBS Bread is located to also help. Fun raffle prizes and specials will be offered on all three Saturdays — all in the name of #makingwaves to #fightcancer! The Hydens will also be at the Swim Across America Fairfield County open water swim on June 22nd, serving up their breakfast sandwiches and providing much needed sustenance for the swimmers that day.

Swim Across America is a national organization and offers 20+ open water swims from Boston Harbor to under the Golden Gate Bridge, and more than 100 pool swim fundraisers across the country. The organization’s roots are firmly anchored in Connecticut and along the shores of Long Island Sound.

Throughout its years, Swim Across America has raised more than $80 million in the fight against cancer. More than 120 Olympians support Swim Across America, including Michael Phelps, Craig Beardsley, Donna De Varona (a Greenwich resident and honorary Fairfield County co-chair), Rowdy Gaines, Janel Jorgensen McArdle (who grew up in Ridgefield, Connecticut), Bobby Hackett, Ryan Lochte, Glenn Mills, Christina Teuscher (who participates in the Fairfield County event) and many more.

To learn more about Swim Across America Fairfield County or to register to swim, volunteer or donate, visit swimacrossamerica.org/fairfieldcounty.

Swim Across America, Inc. (SAA) is dedicated to raising money and awareness for cancer research, prevention and treatment through swimming-related events. With the help of hundreds of volunteers nationwide and past and current Olympians, Swim Across America is helping find a cure for cancer through athleticism, community outreach and direct service.