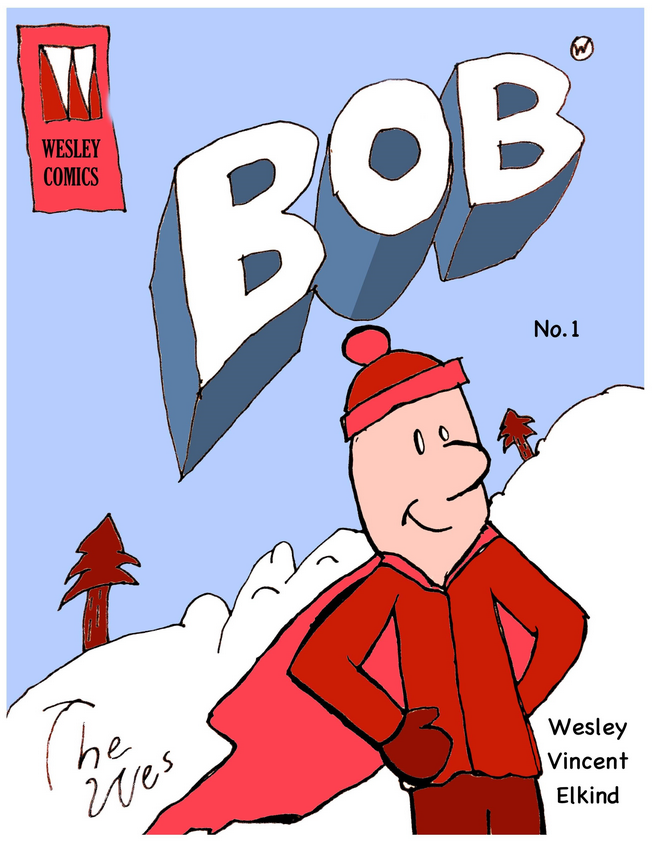 Wesley Elkind, 9, took the top prize in his age group with a comic strip he created called “Bob.”

Wesley’s story follows Bob and a friend on an adventure which touches on inclusion and perception. Through their venture they learn to understand their differences and to enjoy each other’s company and perspective. 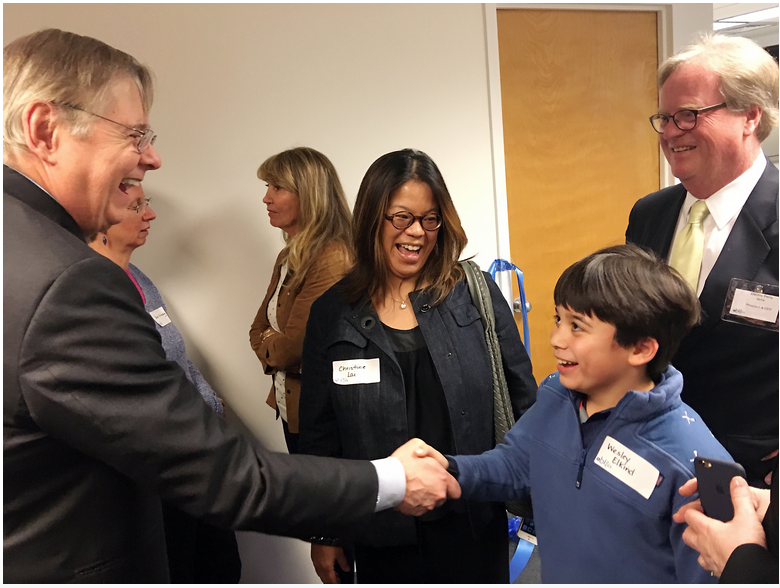 Wesley Elkind, 9, meeting Stamford Mayor David Martin as his mom, Abilis Board Chair Christine Lai, and Abilis CEO Dennis Perry look on during the opening of The Therapy Center at Abilis. Contributed photo

Wesley’s mother Christine Lai is an advocate for people with autism and Chair of the Board of Directors at Abilis, a local organization that supports people with disabilities. His passion and understanding of autism is the result of his exposure through her advocacy.

The contest is judged on the project’s impact on community awareness, continuity and sustainability of the message, and its effective promotion of community acceptance of differences among people.

The comic is being praised by several organizations, New York Collaborates for Autism will use a drawing of Wesley’s from the Bob comic series in their Mother’s Day fundraising campaign this May. Additionally, the Bob comic strip is now featured in the offices of several medical professionals including the Center for Autism and The Developing Brain at NY Presbyterian Hospital in White Plains, and the Autism Science Foundation in Manhattan. It is also on hand at Abilis and Winston Preparatory School.

Wesley will receive his contest award at the State Capitol in Hartford on April 6th. The prize is $250 which he plans to donate to Abilis.