A unique April Fool’s Day tradition at The Rummage Room in Old Greenwich, which is owned and operated by the Women’s Fellowship of The First Congregational Church was celebrated on Friday, as LIVE mannequins filled the windows to the delight of shoppers and passers-by! 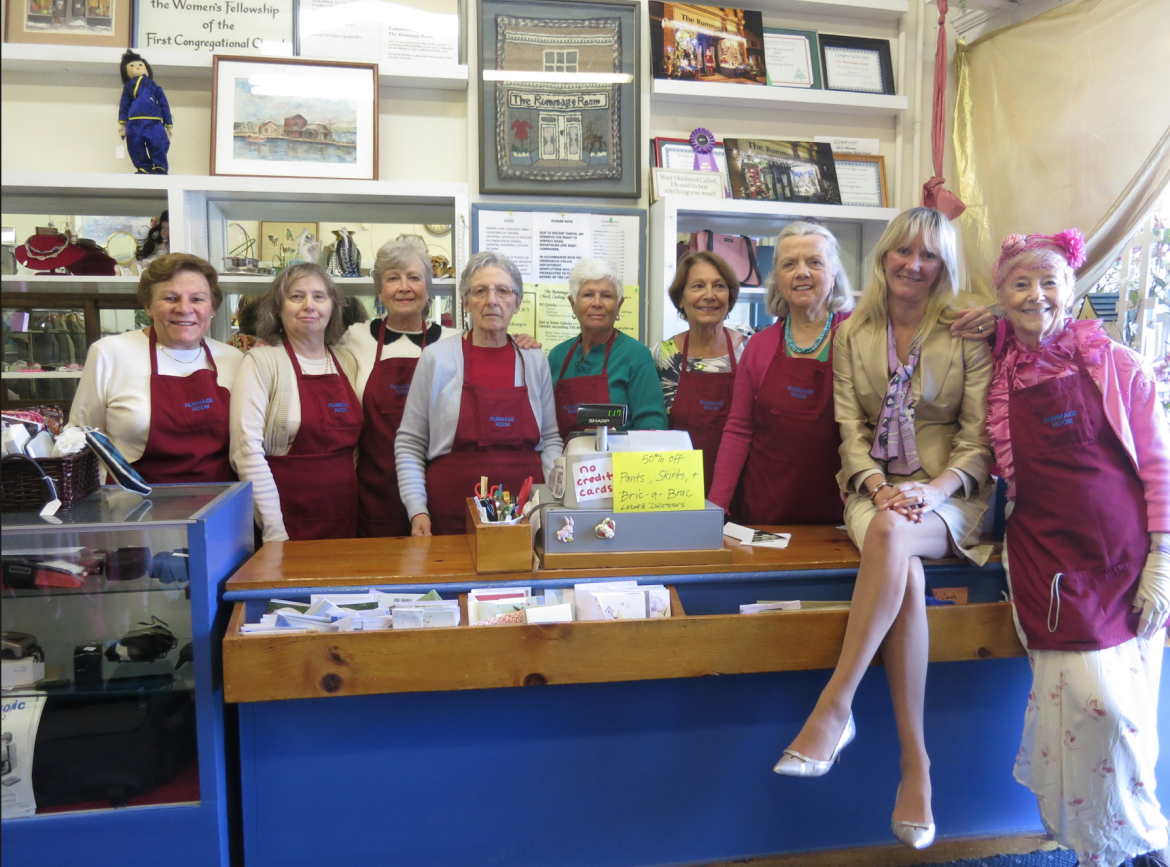 Maria Drieghe and her crew on April Fool’s Day 2015.

Gustavson, who had a few jokes for the perfect husband who sat beside her in the window display, said it was her first year at the store and first time in the window. “I’m having a blast,” she said. “This is one of the best traditions.”

Betty and Liz, both thrifty souls themselves, are well placed at the Rummage Room, where bargains are to be had every day and the windows change themes for just about every holiday from Halloween to Hannukah. 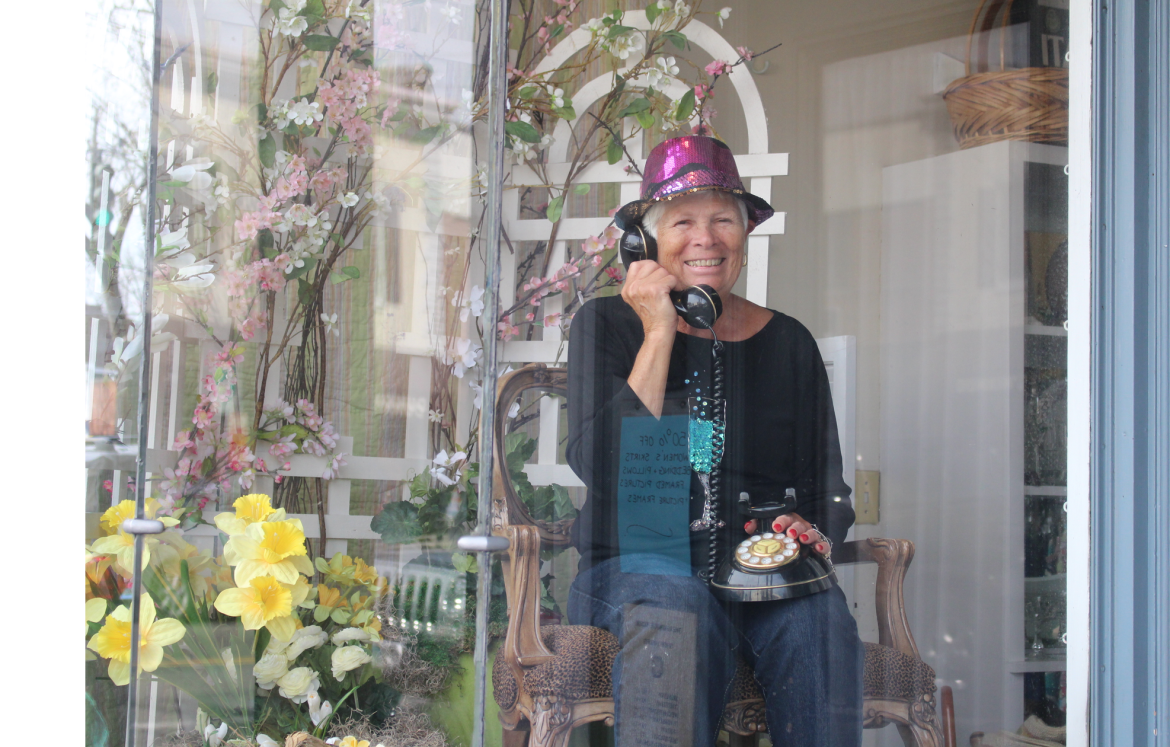 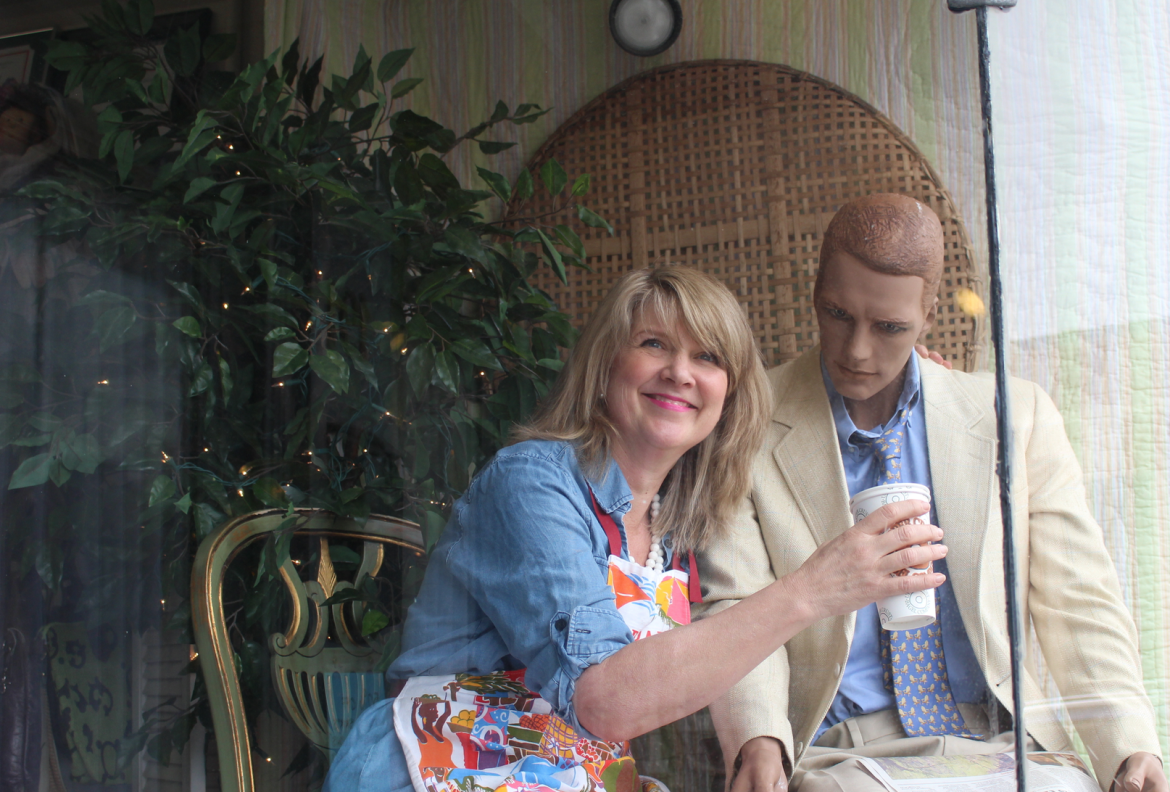 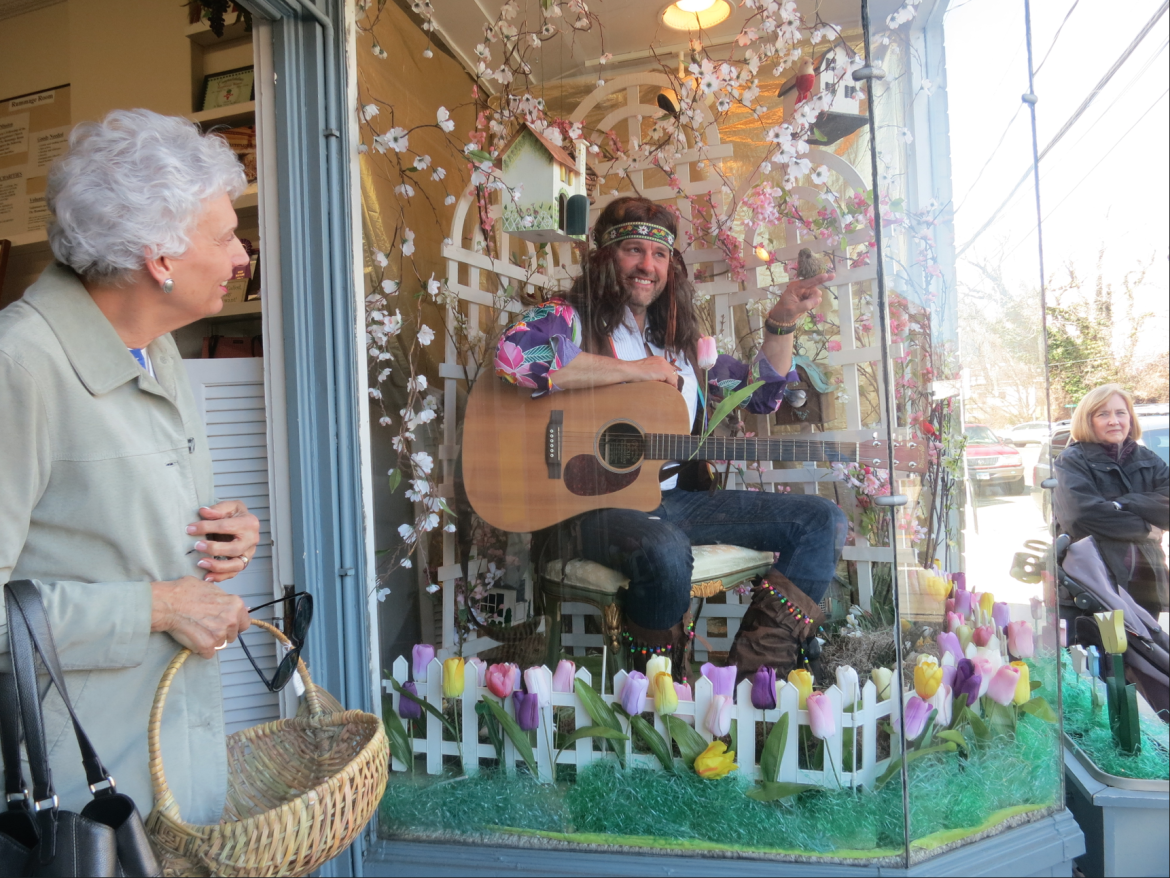 The Rummage Room, which celebrated its 50th anniversary in 2014, began in 1964 as an annual rummage sale held at The First Congregational Church of Greenwich. This event was so successful it was transformed into a business housed in a vacant storefront at 191 Sound Beach Avenue in Old Greenwich.

Today, more than 50 years later and still owned and operated by the Women’s Fellowship of The First Congregational Church of Greenwich, The Rummage Room is a destination for bargain hunters or those seeking to make a tax deductible donation. The shop is staffed by a manager, four assistants and over 60 volunteers. 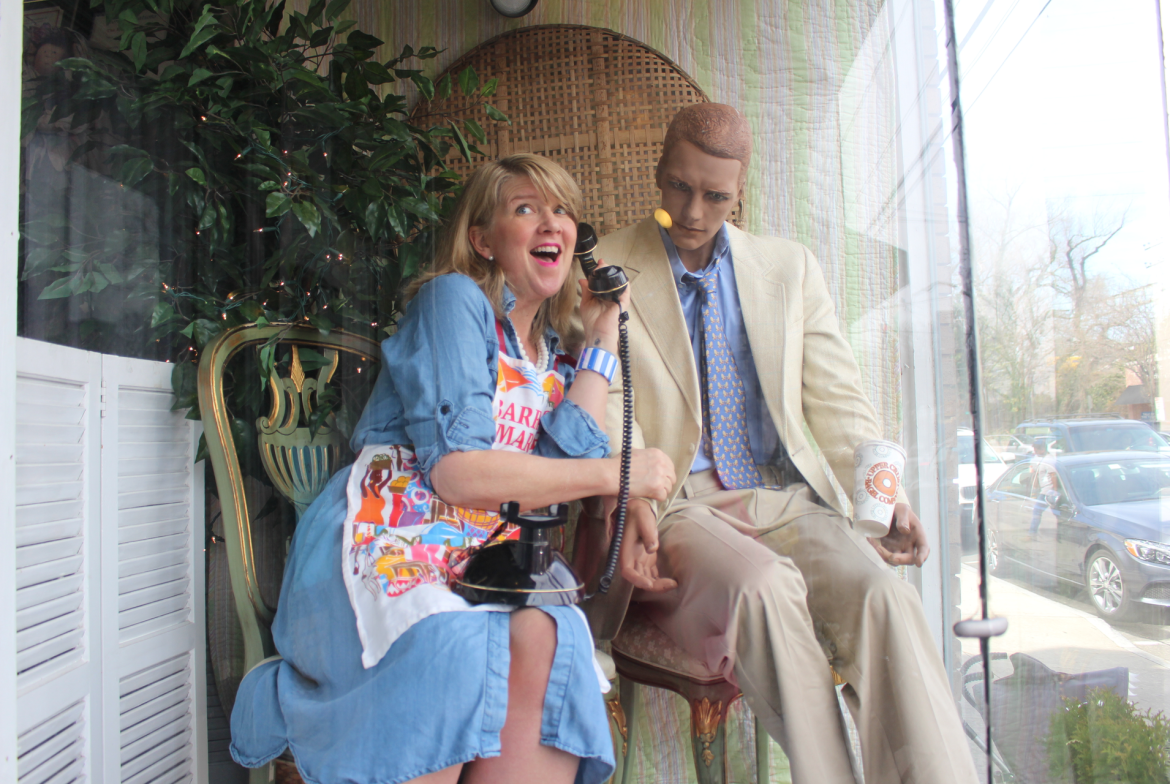 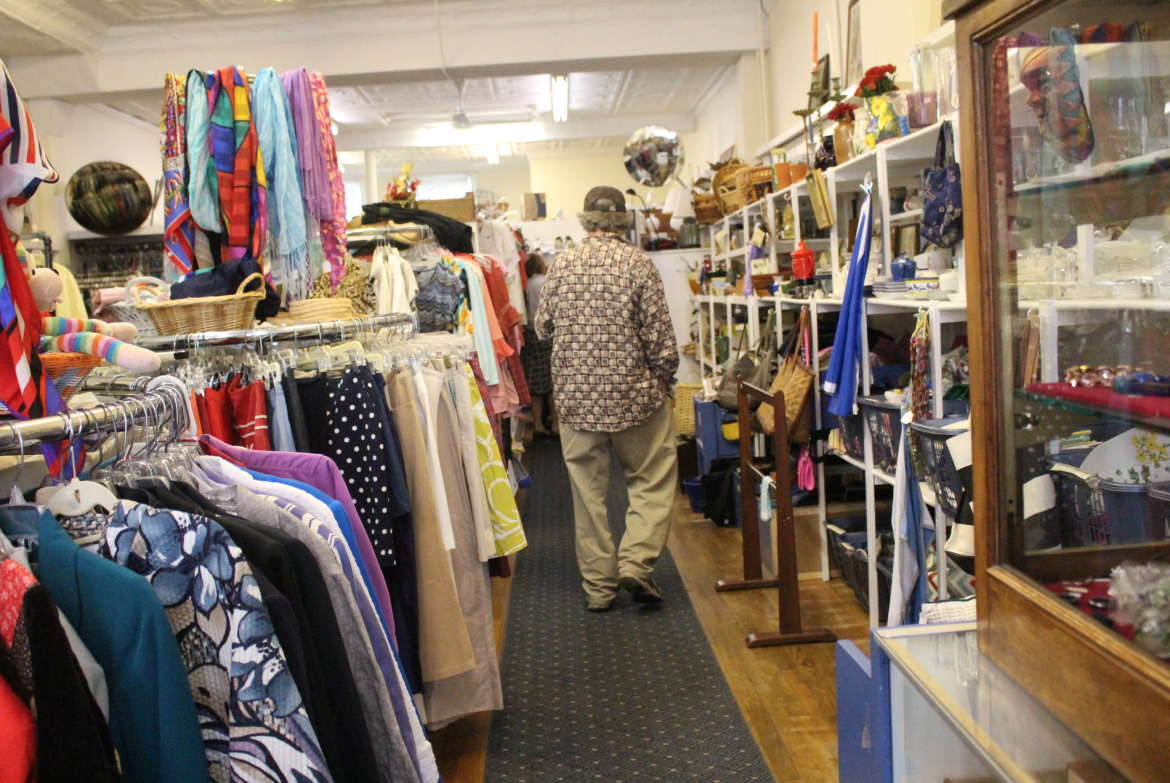 Over the years, The Rummage Room has been responsible for contributing over four million dollars to local, national and international charitable organizations helping women, children and families.