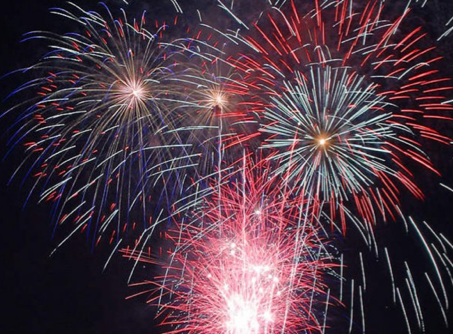 At the end of the day, all we had to do was ask.

The simple suggestion that if residents might wanted to chip in a bit, the Town of Greenwich Independence Day Fireworks could be extended by five minutes.

And chip in they did.

At Wednesday’s Parks & Rec meeting, director Joe Siciliano reported that a total of a total of $6,000 had been donated for the extended fireworks, and the entire Town will enjoy longer shows this year.

The Police Silver Shield Association contributed $2,500 and the rest came from small donations from Greenwich residents, according to Siciliano.

“People who sent us some money just thought it was a good idea,” Siciliano said. “We can extend the shows both at Greenwich point and Binney park by five minutes. It was not a painful approach,” Siciliano added.

There will be a 25-27 minutes show at each location on July 5th. Siciliano said that everyone who donated will receive a thank you note and tax letter prior to the fireworks.

The sky will light up off the coast of Greenwich Point at dusk on Saturday, July 5. The rain date is Sunday, July 6.

The town also sponsors a fireworks show at Binney Park the same day and time.

Come early and spend the day with family and friends!