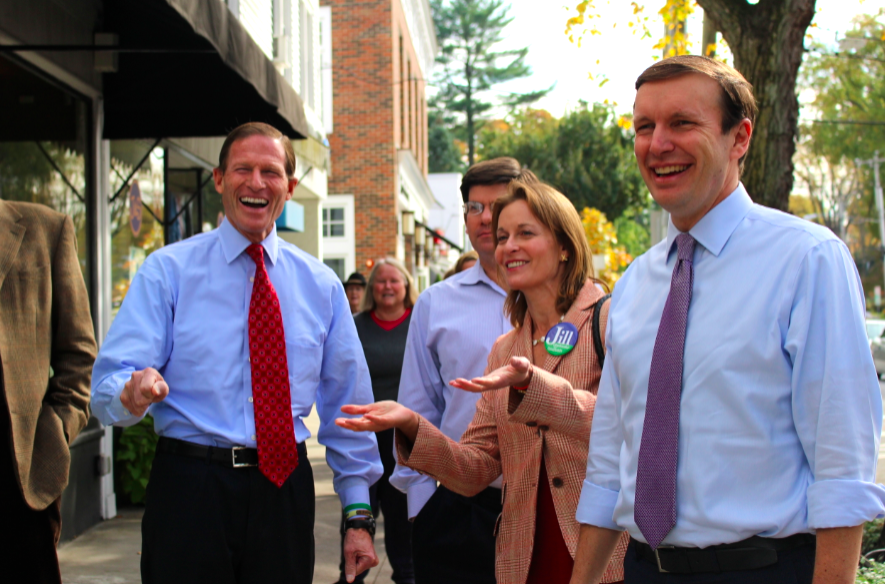 By Leslie Yager
On Tuesday morning, US Senator Richard Blumenthal (D-CT) was in New York along with Senator Chris Murphy (D-CT) for the the release the National Transportation Safety Board report on the probable causes of five major accidents involving Metro-North Railroad in the last 18 months. 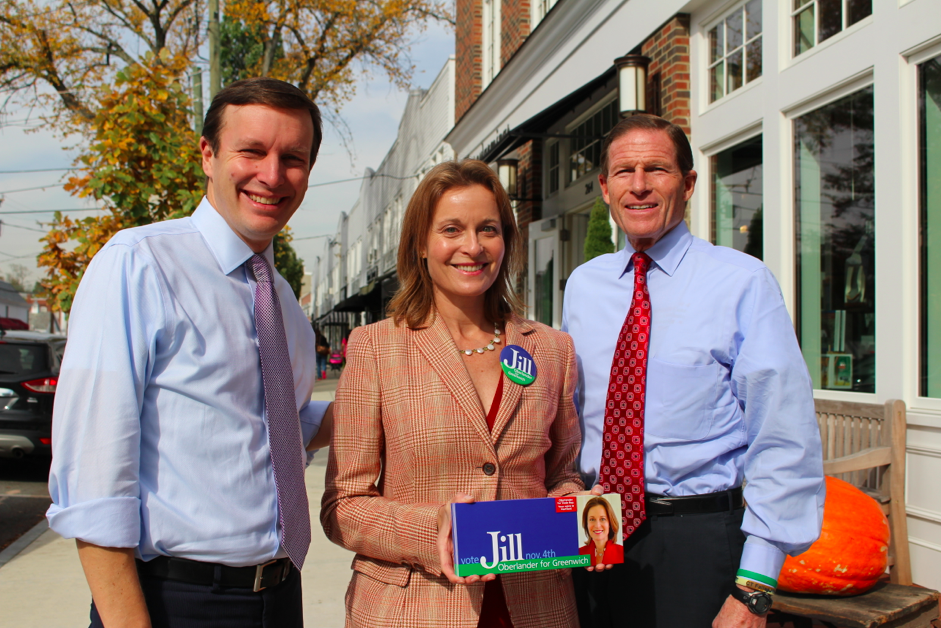 “The MTA has blood on its hands, but the blame belongs to the federal oversight agency as well. The Federal Railway Administration has simply failed to do its job,” Senator Blumenthal said during the press conference.

En route back to Connecticut, the Senators made a stop in Old Greenwich to support Jill Oberlander, the Democrat candidate running for the seat being vacated by Steve Walko. 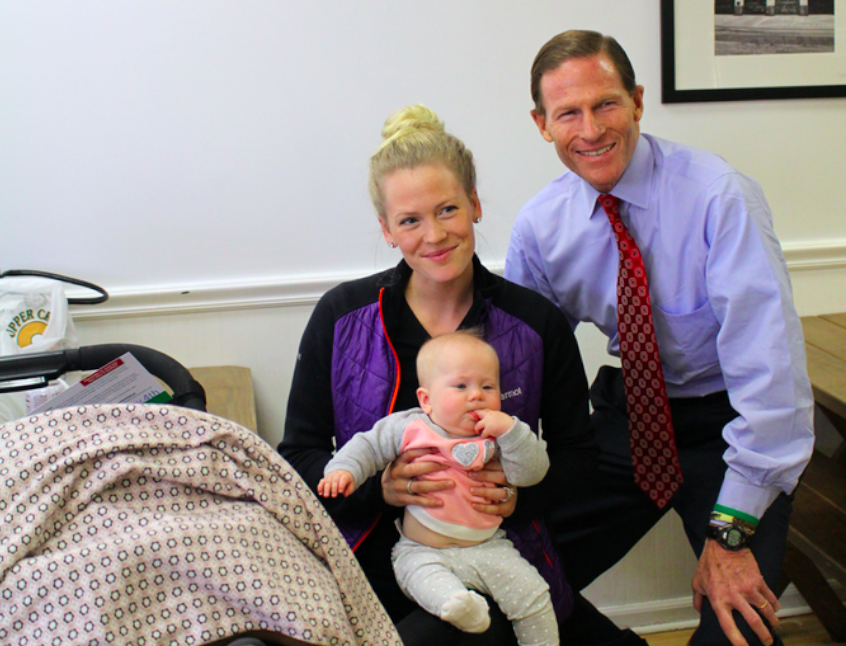 “I am so proud to support Jill,” Mr. Blumenthal said. “Because she’s an effective advocate for education and fiscal responsibility, as well as the Greenwich community.” 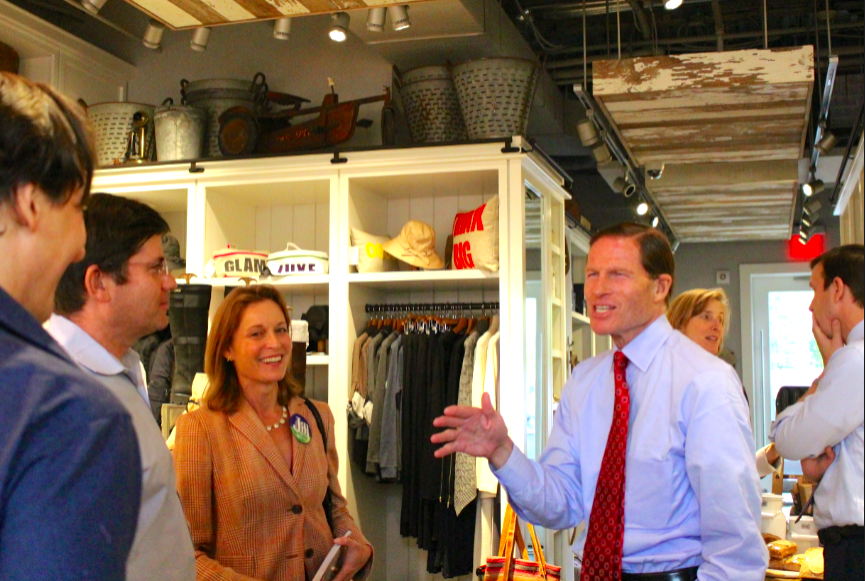 In the shop Back 40 Mercantile, Senator Blumenthal chats with Jill Oberlander and her husband Larry Penn. In background, Back 40 owner Lesley King chats with Senator Murphy. Credit: Leslie Yager

Senator Blumenthal said that as a resident of Greenwich, he is particularly passionate about Oberlander’s candidacy and looks forward to her bringing her particular insights to Hartford, where, he said she would provide a breath of fresh air.

As the two Senators from Connecticut accompanied Mrs. Oberlander along Sound Beach Ave, stops were made to greet constituents and visit independent retailers who comprise the village’s mix.

At Back 40 Mercantile, owner Lesley King talked about her love of organic and sustainable farming and items in the shop, which features paintings by Eric Sloane. Lesley and her husband Bill run Organic Planet on Greenwich Ave, which she said will soon have a change of name and be joined by a second restaurant in Byram. 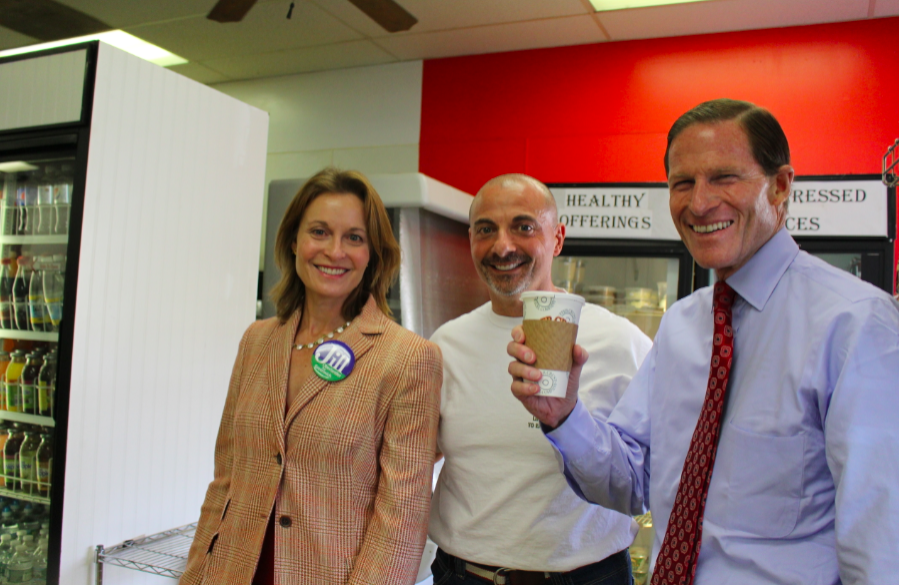 A lunch and coffee stop was made at Upper Crust Bagel, where there was time to chat with owner Robert Guerrieri.

Next door at the Rummage Room volunteers welcomed the Senators and explained that the shop is celebrating its 50th year. 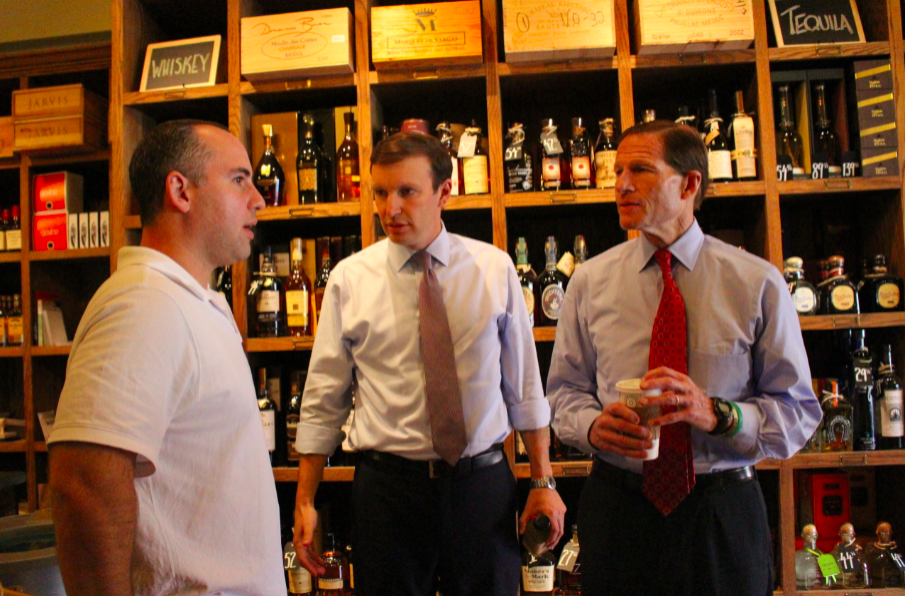 Jill Oberlander and both Senator Murphy and Blumenthal stopped in the Rummage Room, which raises money for charities that benefit women and children for 50 years. Credit: Leslie Yager

“And my wife pointed out that she’s very smart,” Mr. Blumenthal said of Jill Oberlander. “And she’s usually right.” 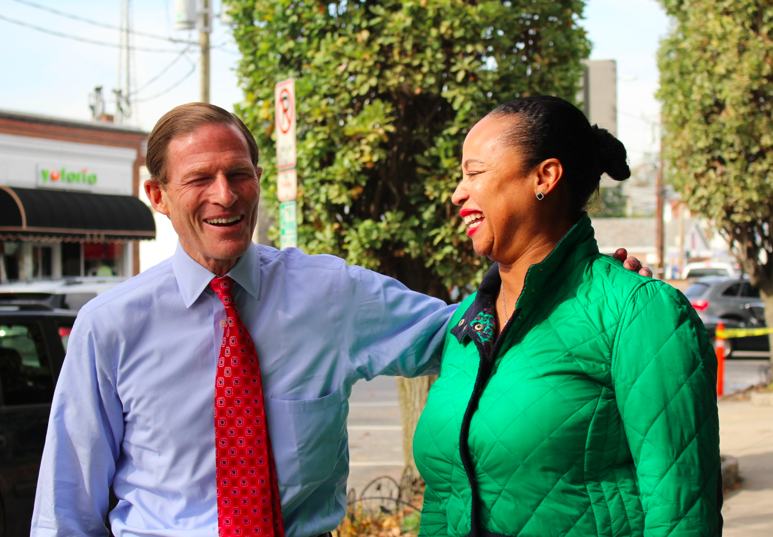