An abandoned mansion overlooks the Cos Cob Pond in the Pomerance. Graffiti and ivy cover the exterior walls. Beer cans, cigarette butts, soda bottles, and debris litter the grounds.

The rich history of the home has not stopped teens from partying or vandalizing the grounds – leaving Town officials with constant headaches. 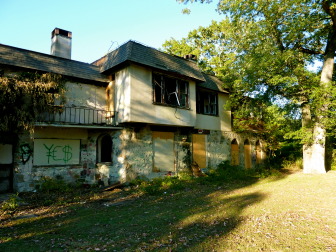 The Town acquired Pomerance Park in 2002. Until 2001, Seton House was a functioning residential home.

Alan Monelli, Greenwich’s Superintendent of Building Construction and Maintenance, has proposed and will proceed with a historically sensitive alternative to a complete demolition of the house.

Mr. Monelli hired a historical preservationist architect to assess which parts of the structure could be salvaged for preservation.

“Seventy-five percent of the first floor is a very thick stone wall – windows and everything in it – we’re keeping that. We’re just removing the roof, the second floor, the interior wood spaces and plaster,” Monelli explained. “Things that would decay due to weather.”

The Town has not set a date for the removal of subjected materials. 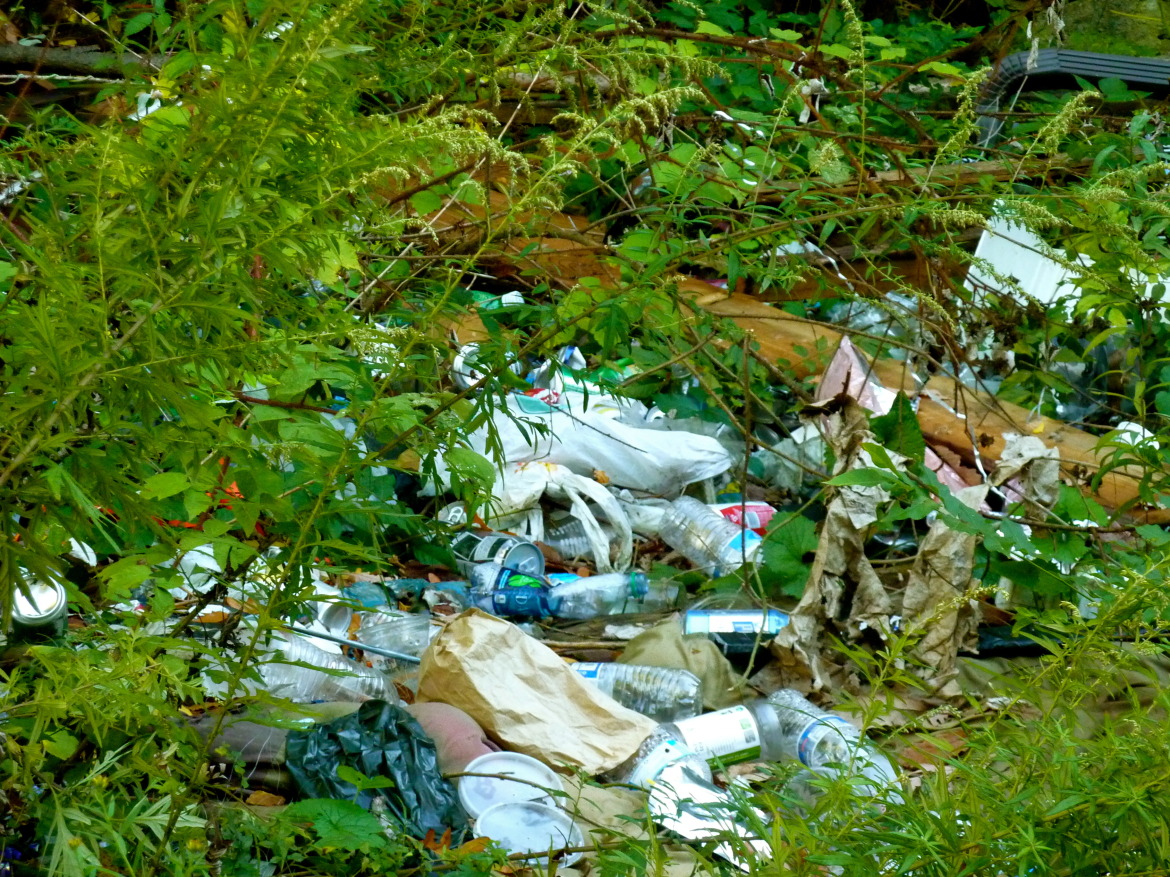 The BET approved a $100,000 budget to Monelli on January 14, 2014, which is key. The fiscal and manual upkeep of Seton House is significant.

“Nobody is going to provide money to restore that building and we can’t leave it in the condition it is, because it’s a magnet for the kids to break in… It’s unsafe. It has normal building issues.” – Al Monelli 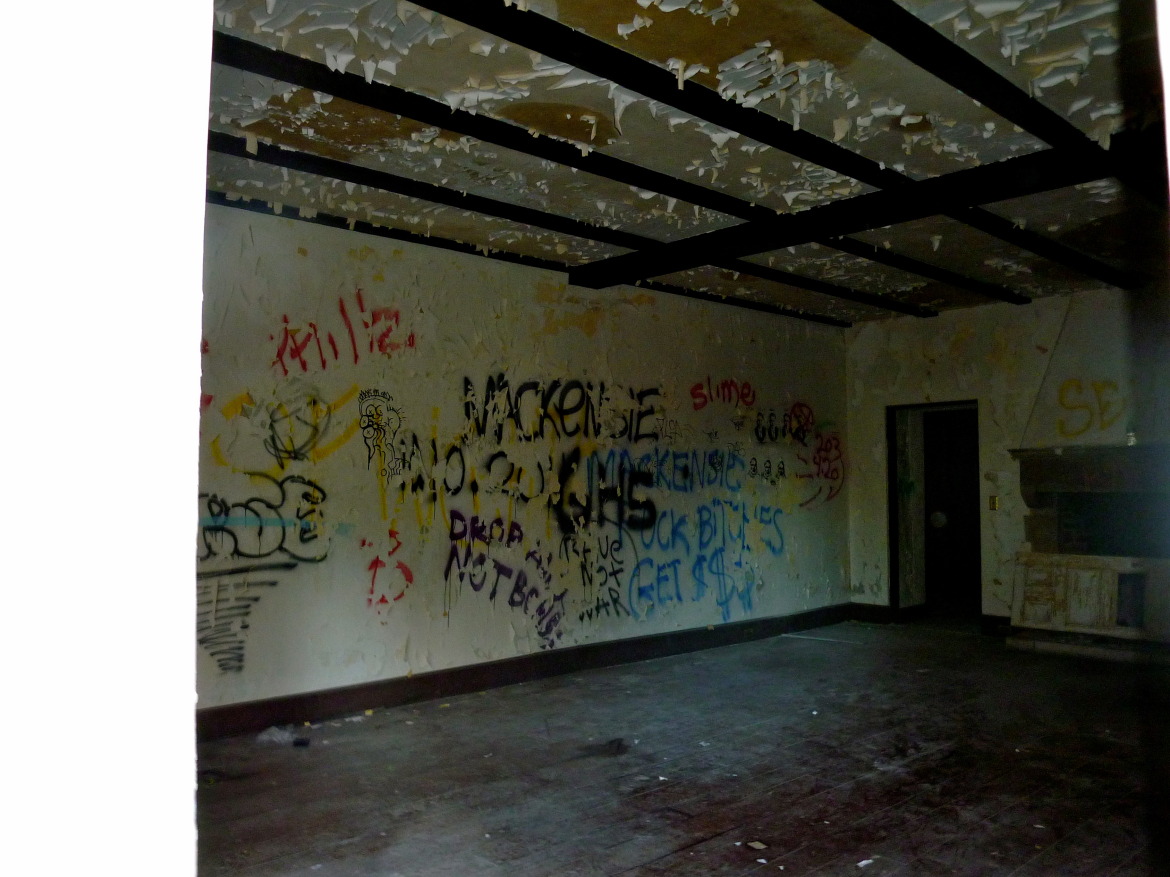 “It provides some opportunity to retain a vestige of its history in its relationship to the (Boy) Scouts and to what Mr. Seton contributed in the formation of that organization,” Tesei said. “We don’t have a proposed use that’s functional for the overall property. After many years of looking to find that alternative use – none materialized. This became the best suitable option for the Town.” 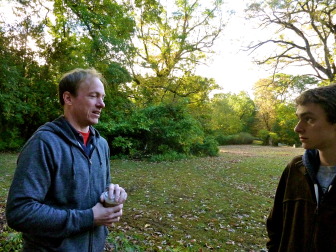 “During 5th grade, we would come up and see this house and be like – oh it’s got to be haunted,” Patterson said.

Former Greenwich resident, Peter Davenport – a science teacher in the New York City public schools system and former historical tour guide for the Garden Education Center – answered. “It is haunted… I don’t think the Town has any clue what a treasure this place was or is.”

Mr. Davenport’s reply does not allude to the ghosts of Halloween. Instead, he is referring to the legacy of the home’s former inhabitants: Ernest Thompson Seton and Barbara Tuchman. 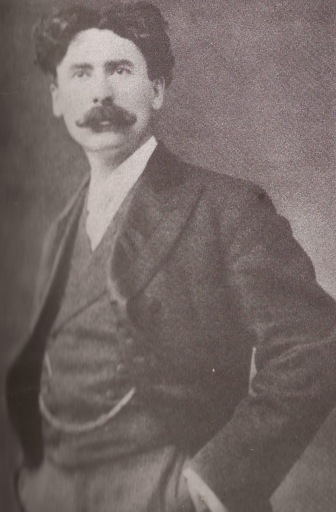 Mr. Seton, a British-born author, artist and naturalist, came to Cos Cob upon completion of Wyndygoul at the turn-of-the-century. He created the Cos Cob Pond after damming the Brother’s Brook. In addition, he populated the grounds with trout, bass, duck and geese.

In 1902, Seton surrounded his estate with a tall fence to prevent trespassers. This did not stop local boys from drawing lewd pictures and obscenities on the gate.

According to the 1975 Greenwich Library oral history interview with Leonard Clark – one of the original members of Seton’s “League of Woodcraft Indians” – instead of going to the authorities, Mr. Seton had another plan in mind for the suspects.

Seton walked into Cos Cob School, where the boys were enrolled, and invited the older boys to his home the weekend prior to Easter 1902. The rest is history. 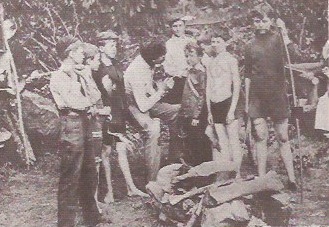 Seton and his “Indians” learning how to build a fire. Credit: Greenwich Library Oral History Project

Seton was quoted saying, “Not one boy in a thousand is born bad. Boys have badness thrust upon them.”

Mr. Clark recalled days and nights filled with learning about Native American folklore, environmental stewardship, camping in teepees, canoeing on the pond, and learning the sport of archery. The League of Woodcraft Indians eventually evolved into the Boys Scouts of America.

Mr. Clark was quoted saying, “What we kids did under the leadership of Mr. Seton in Cos Cob, beginning in 1902, is in reality the basis for the Boy Scout movement that is now all over the world.”

In 1913, Mr. Seton moved to Round Hill Road after selling Wyndygoul to New York financier, Maurice Wertheim, for $250,000 (the most expensive Greenwich real estate transaction at the time). Wertheim’s daughter, Barbara Tuchman (née: Wertheim) – two-time Pulitzer Prize winning historian – grew up and continued to live and write on the property until her death in 1989.

Mrs. Tuchman’s historical narrative, The Guns of August – an analysis and critique of the events leading up to World War I – was written on the property in her studio, a former cattle barn located on a hill across the way from the mansion. 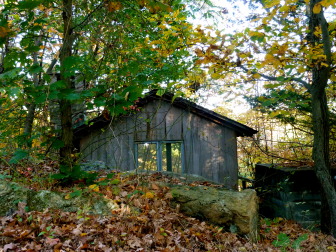 The Guns of August was released in 1962 and made The New York Times best-seller list for 42 consecutive weeks. It eventually won the Pulitzer Prize for General Non-fiction in 1963. The book left an impression on the late American President, John Fitzgerald Kennedy.

President Kennedy sought to avoid the failures of the European allied and central powers of World War I in his approach to the Cuban Missile Crisis of Fall 1962 – a 13-day standoff that could have touched off a nuclear war. The President urged senior military officers to read the book and successfully persuaded the Secretary of the Army to send copies to every American military base across the world. By October 28th, the Soviet Union removed the missiles from Cuba – avoiding the possibility of nuclear war.

As the Town proceeds, there is an opportunity to repurpose and re-imagine the property.

“This is one of our passive parks… If there could be a way to incorporate some opportunity for people to have a place to sit and reflect and enjoy the peace and quiet of nature – that would be a nice platform,” said Mr. Tesei. 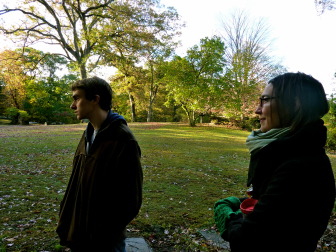 Deanna Novak, Director of Youth Programs at the Garden Education Center, has ideas for kids to reconnect with a natural space such as Pomerance.

“Studies that I really love are the ones that say environmental education is not really working… Getting kids afraid of what might disappear or telling them the story that this might be gone is not working,” said Mrs. Novak. “If you want somebody to love and feel a sense of place… capture their imagination and bring them when they are really little.” 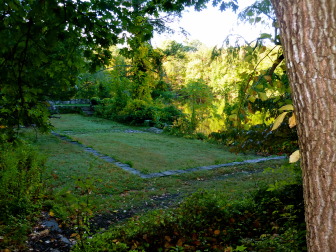