Sometimes goodbyes are difficult, but when Guillermo Perez, who kept the school community informed and entertained during a year’s worth of Board of Ed meetings, thanked his mother Thursday night during his final remarks, his gratitude hit home.

Perez, who attended New Lebanon School, Western Middle School before GHS, thanked his mom for enrolling him in Greenwich Public Schools 14 years ago and for everything she does day in and day out. “Like Kevin Durant, mom, you are the MVP,” he said.

“This is it,” Perez said definitively. “At yesterday’s mass meeting, Blake (Reinkin) put his  left hand on a planner and his right hand in the air and I swore him in.”

Perez said that student government election results were in* and that a mixture of old veterans and new faces, including Blake Reinken and Julia Bunte-Mein.

The outgoing Student Gov Executive Committee President thanked the headmaster specifically. “Dr. Winters for being the coolest headmaster in the world! Miles above Dumbledore! Doc! You  make the high school the best it can be.”

Perez said he’d learned a great deal about about leadership. “Through it all I don’t think I’ve ever learned so much in a single year. Leadership is not about  a title or winning elections it’s about  putting other people’s needs above your own.” 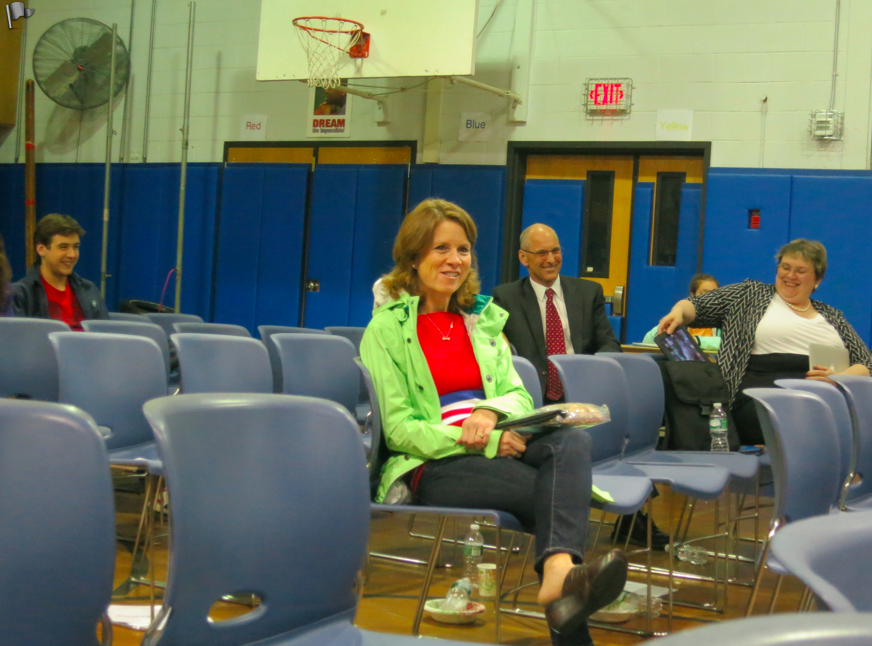 Perez said that next year when he is studying at UC Berkeley and his colleague Henry Ricciardi Class of 2014 president who will be at BC, he said, “We’ll be thinking about this, whether it’s leading a discussion or writing a research paper, we’ll be leading the Vision of the Graduate that you so meticulously crafted.” 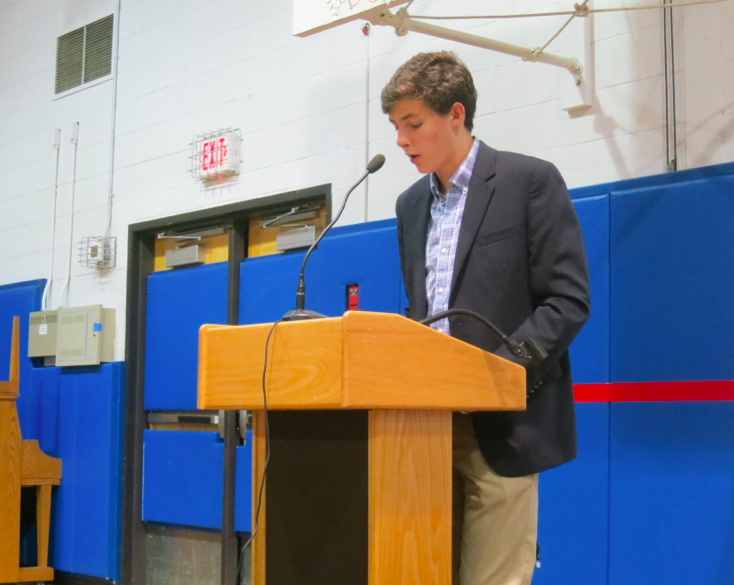 Outgoing Senior class president Henry Ricciardi said it is a rare opportunity for students to be so involved in Town government and we are so grateful that Greenwich Public Schools pays so much attention to the needs and desires of its students. Credit: Leslie Yager

“We’re going to be exploring and defining and solving problems, responding to failures and successes with reflection and resilience, pursuing unique passions and interest,” he said, reciting the Vision of the Graduate. 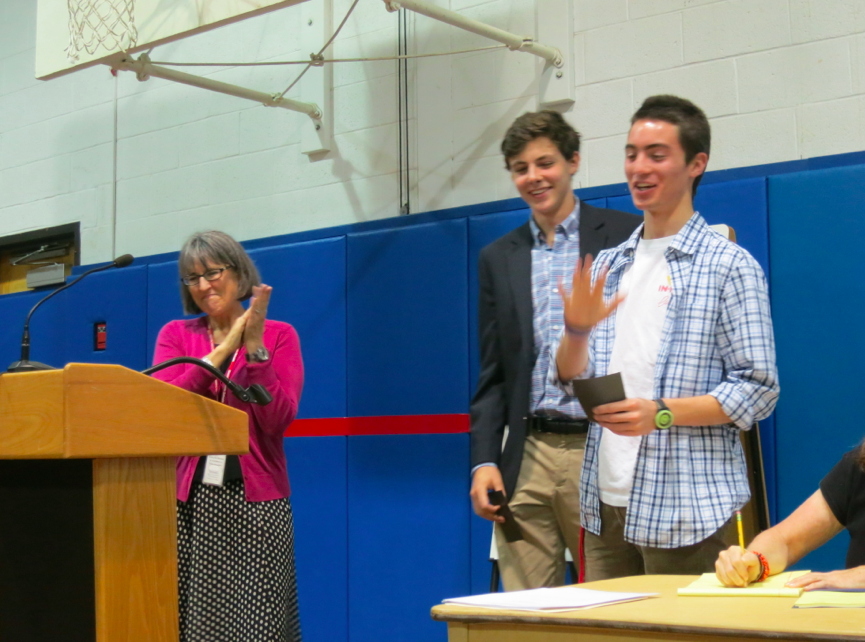 The GEA’s Carol Sutton gives kudos to Henry Ricciardi and Guillermo Perez at the May BOE meeting. Credit: Leslie Yager