Members of the community were invited to deposit used textiles in green bins placed at Greenwich High School, Arch Street Teen Center and Nathaniel Witherell over a two week period.

Fairco Greentree Recycling provided the bins and offered GHS 10¢ per lb for up to 2,000 lbs and 15¢ for every pound over 2,000. They also handled everything once the bins were full of clothing, towels, sheets, and even boots, belts, bags and backpacks.

Though the goal was to collect 2,000 lbs of textiles in two weeks, the drive resulted in a whopping 5,054 lbs of textiles, and a donation of about $850 to “The Harris Project” a non-profit that works with several clubs at GHS including the CODA Club.

The club seeks to raise awareness of COD, which stands for co-occurring disorders.

A person with a co-occurring disorder has both a mental health disorder like anxiety or depression, and misuses substances like alcohol or prescription medications.

Marquesano’s son Harris died of a drug overdose at 19. Harris, who had been struggling with the impact of Co-Occurring Disorders, had been diagnosed early on with an anxiety disorder, and later with ADHD.

He had seen psychiatrists and psychologists throughout his life. When he began misusing prescription pills, he unknowingly began a war that would ultimately lead to his death.

The idea for the drive originated from a coincidence.

Fairco Greentree Recycling’s Rebecca Lehner happens to be on the board of The Harris Project.

“Originally the idea was to put a box on the street and not do fundraisers,” Lehner said. “Then we decided to partner with a specific location like as school or community center.”

“The goal was to reduce landfill, which we all believe in, and take the opportunity to put out the message that the relationship between substance misuse and addiction and mental health disorders is something that everyone needs to understand. It’s the best opportunity for prevention,” Marquesano said on Thursday at GHS during a check presentation. 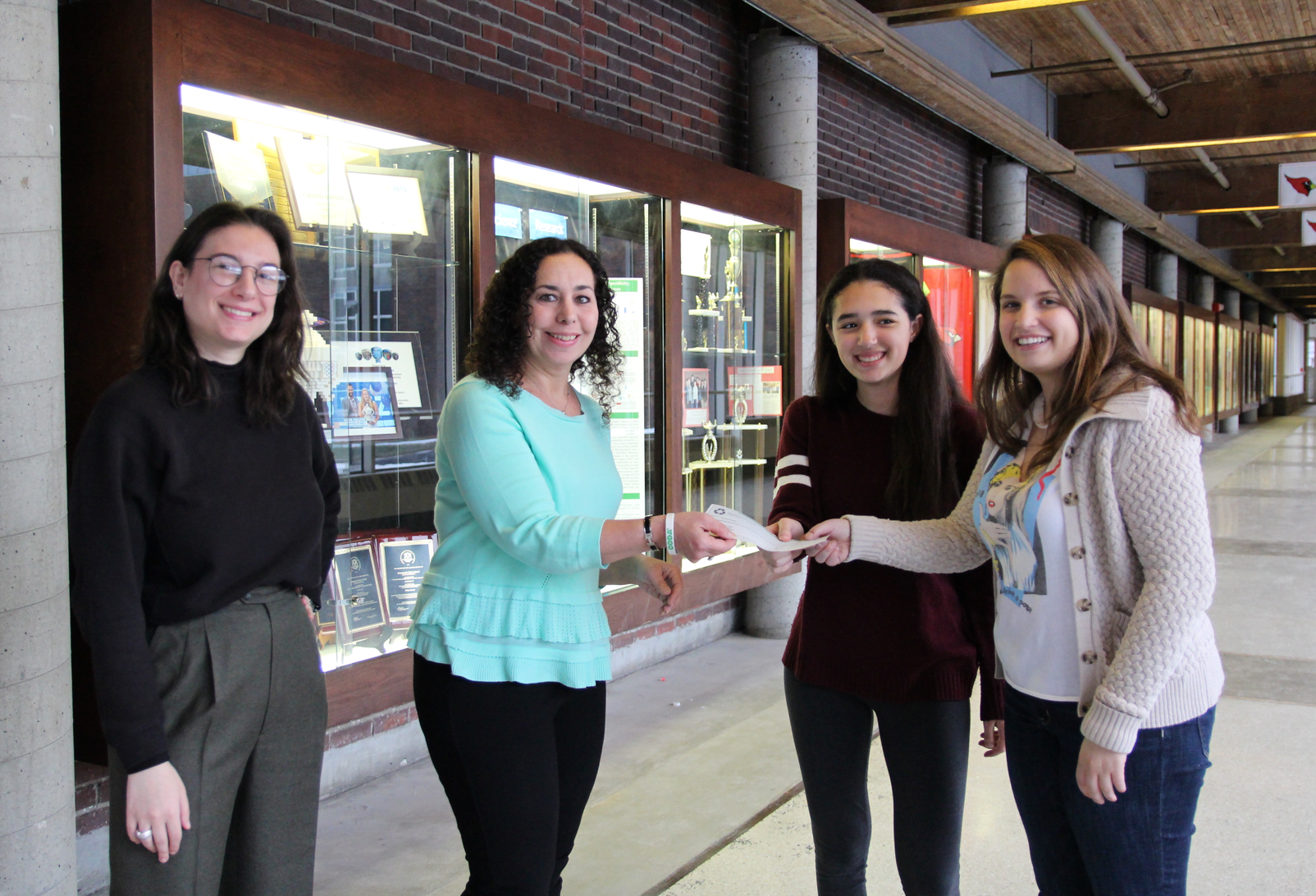 Compared to those who have a mental health disorder or substance misuse alone, people with COD often experience more severe and chronic medical, social, and emotional problems.

The challenge is to address both diagnostic areas without compromising the best treatment for either one.

Research suggests that approximately 70% of those misusing substances have COD and that 10.2 million Americans meet the clinical diagnosis for COD.

“The bin at Arch Street will stay there indefinitely,” said Marquesano. “And that is because Kyle Silver, the director of the teen center, is supportive of our messaging.”

There is a need for prevention, education, screening, intervention and treatment, particularly in teens and young adults.

“This year we already trained 20,” Marquesano said. “And there’s another training coming in the spring. It will include both students and staff.”

The funds raised from the textile drive will go to artwork and design, printed materials and workbooks.

Beyond raising funds for the GHS Clubs, textile drives have multiple upsides. Nothing is being sold, so the teens didn’t have to sell anything. Better yet, the textile drive keeps tons of items out of US landfills.

The Harris Project created the youth driven “CODA” (Co-Occurring Disorders Awareness) to encourage them to explore why they turn to substances, and the dangerous link between mental health and substance misuse.

CODA empowers youth to be positive decision-makers, get help if they need it, support peers, and be caring and compassionate community members.

“With opioid overdoses continuing to rise in Westchester and Fairfield counties, this is a great way for students and families to support awareness of COD, while doing good for the earth,” Marquesano said.

Where Injuries are Inevitable in Sports, Experts Say Beware of the Slippery Slope to Addiction