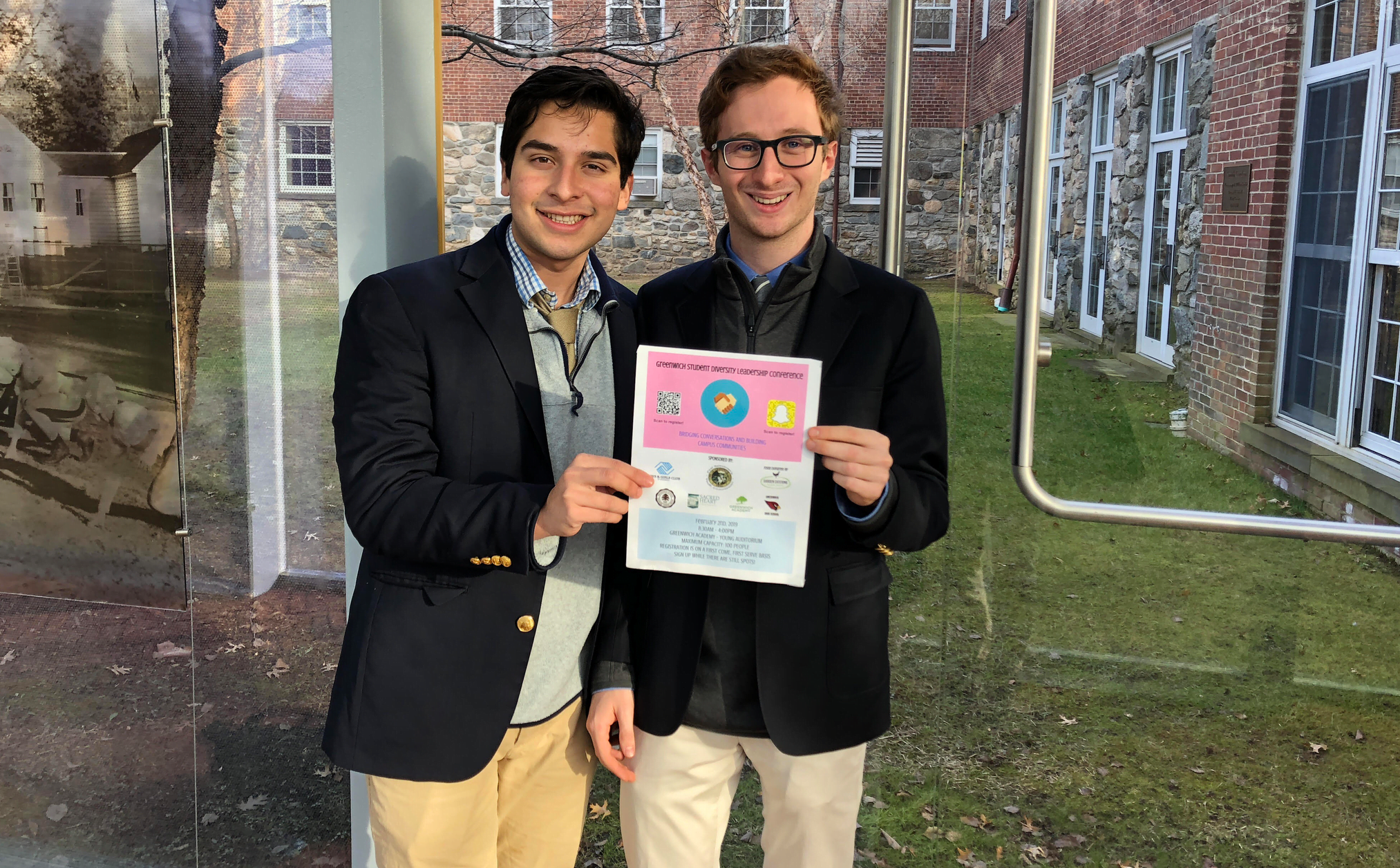 The Greenwich Student Diversity Leadership Conference will take place on Feb 2, 2019. It is open to all high school students in Greenwich, both public and private.

The conference, which takes place at Greenwich Academy, will be framed around the idea of intersectionality.

The conference includes lunch courtesy of donated by Garden Catering.

Students are invited from 8:30am – 3:45pm for a day of conversation and collaboration.

The official slogan of the conference is “Bridging Conversations and Building Campus Communities.”

Attendance is capped at 100 people and online registration will be open from December 17 to January 17.

Students will have the opportunity to discuss and participate in activities and discussions centered around the 8 core identifiers: race, religion, sexuality, ability, socio-economic status, age, gender, and nationality.

The conference will be framed around intersectionality, a concept that has become increasingly popular in the social justice arena recently that emphasizes how these 8 identifiers intersect in different ways for everybody. Many times, people try to look at minority experiences through only one frame, such as race, but intersectionality states that everybody’s identifiers intersect in ways that make their experiences unique. For example, under intersectionality, a black woman’s experience should not always be equated to that of a black man’s, as her identity as a woman separates her experience entirely despite their shared race.

The conference began when the town’s Diversity Committee wanted to get the youth of Greenwich involved in Diversity, and reached out to the First Selectman’s Youth Commission for help. Charlie Ciporin, a Brunswick student who is involved in many of the school’s diversity clubs and runs their GSA (Gender-Sexuality Alliance), and Chair of the commission, had previously attended diversity conferences and had the idea to organize one that is town-wide.

Because most conferences of this nature are only open to independent schools, the inclusion of GHS and accessibility of free registration was an essential part of the project. The planning of the conference is taking place on the new Diversity Planning Committee consisting of student and faculty leaders in diversity at Greenwich schools.

The conference is modeled after the National Association of Independent Schools’ Student Diversity Leadership Conference (SDLC), which takes place annually and invites students from independent schools across the country.

Conversations will be led by trained student facilitators, who are high school juniors and seniors who have prior experience with diversity conferences and clubs.

“In a time where everything seems divided, I believe that through educating the general public and talking about different types of oppression or mistreatment that people have gone through will create an inclusive and connected society,” said Stevie Braverman, a GHS senior.

“I think it’s really important to be able to openly discuss issues of diversity in order to work towards a more accepting and safe environment for people of all kinds,” said Anna Braunstein, also a senior at GHS.

The Diversity Planning Committee looks forward to a productive day of discussion and hopes that the conference will inspire students to view issues from a new perspective and make change within their schools and in the town at large.

The Committee is also very grateful to the Boys & Girls Club Director Bobby Walker who has served as an adviser as a former attendee of NAIS’s SDLC.