Update: The second annual Youth Equipment Sharing Club (YES) collection drive has begun. The drive runs through Monday, February 13. There are collection boxes at GHS and all three of Greenwich’s middle schools, as well as at the YWCA.

“Think of the sports your kids are playing, and put that in the donation bin,” said Romano. “We don’t necessarily need old fishing nets and fly fishing gear, but if your son stopped playing hockey or soccer and switched to another sport, by all means, please donate the unused gear.”

The YES Club’s first collection drive resulted in a huge amount of donations of sporting equipment. Fortunately, the Goldstein family had a rented POD in their yard at the end of a home renovation, and they extended the rental for storage for the equipment. This year, the boys have been allowed to use storage space inside the Armory on Mason Street.

“The biggest thing we improved on since last year was our organization,” Greg said. “Last year was our first year and neither of us could drive yet. Everything revolved around getting rides from our parents.”

“Now that we have the gift of the automobile, and the donated space here at the Armory, the equipment drive is much more efficient,” Romano said. “Being able to come into the building use the storage space in the basement is huge.” 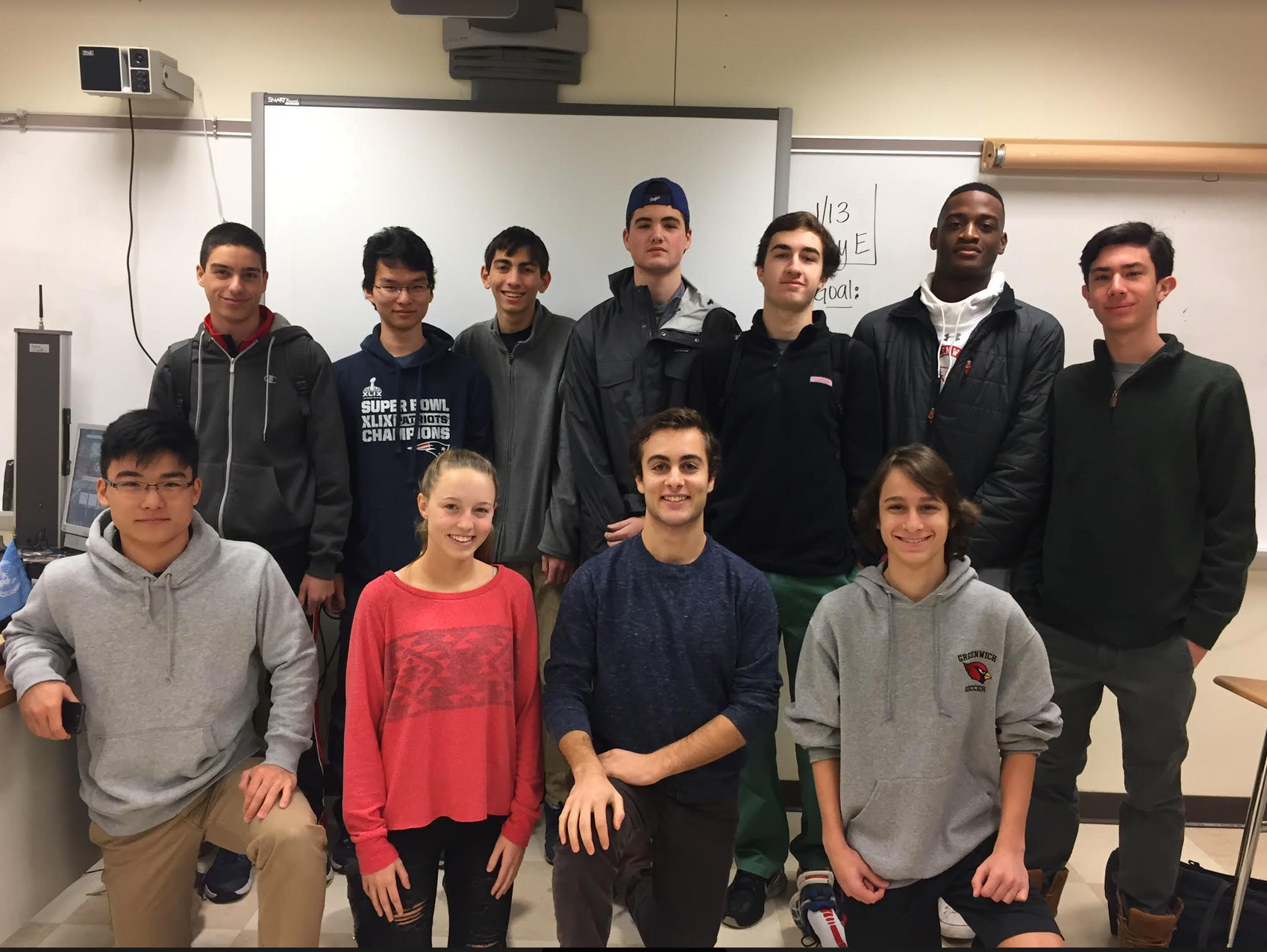 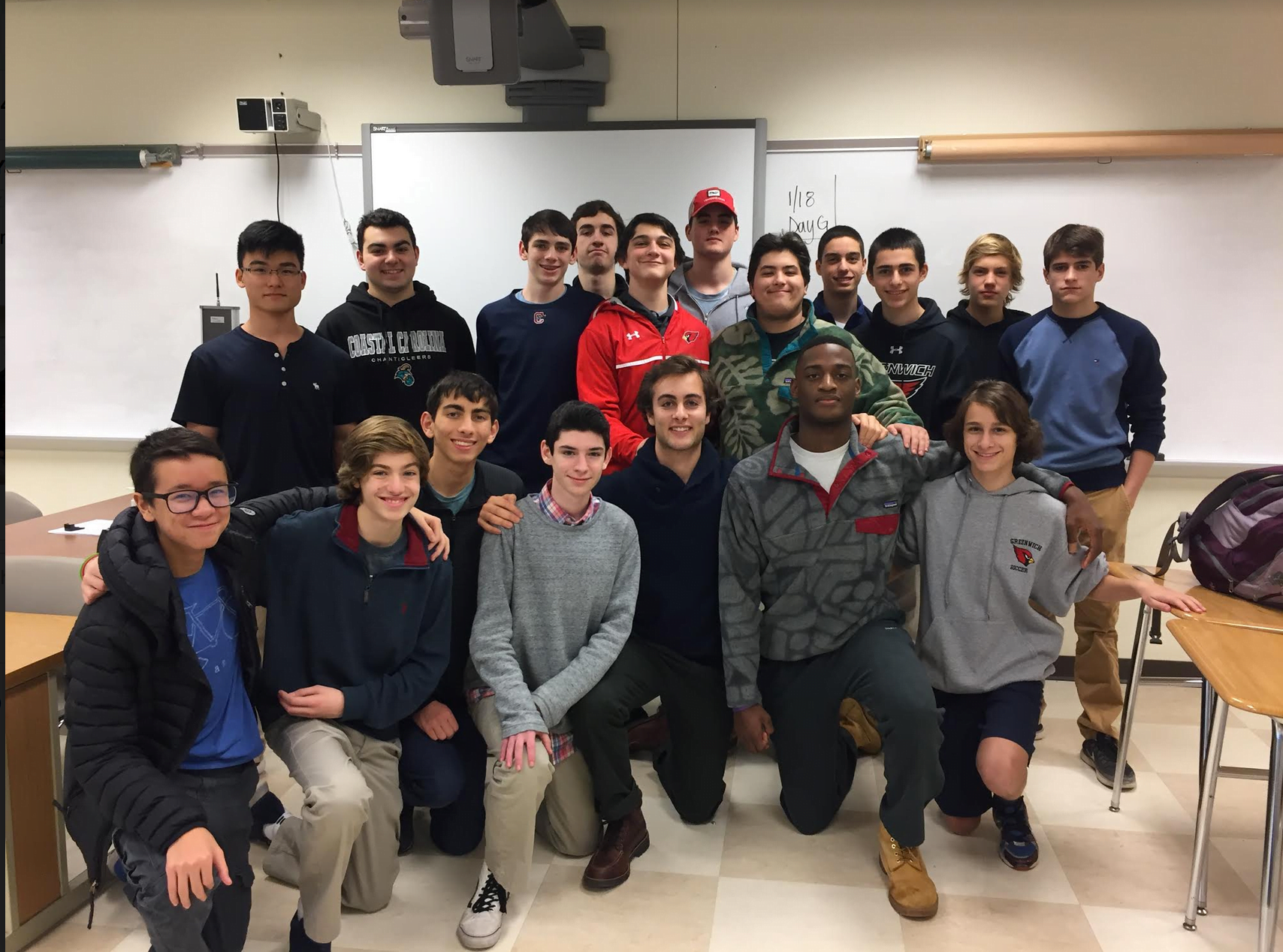 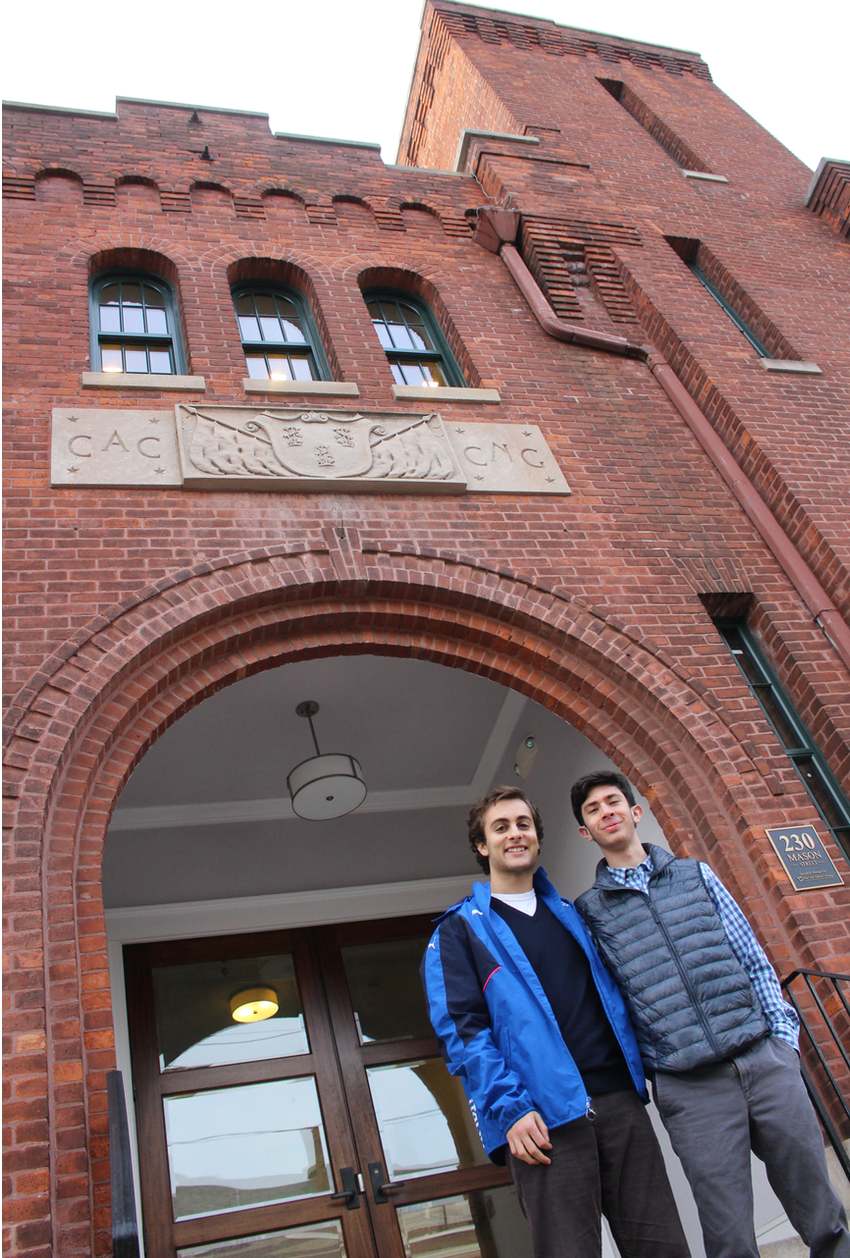 Romano Orlando and Greg Goldstein outside the Armory Building at 230 Mason Street, where they have arranged storage for donated sports equipment. January 11, 2017 Photo: Leslie Yager

“Romano worked hard and got all three middle schools as donation centers, in addition to Greenwich High School and the YWCA Greenwich,” Greg said.

Romano, who is president of the school’s Italian Club, also arranged with GHS custodian Frank Rende for two weeks of storage at the High School.

“We can’t go in and out of the Armory building every day. Mr. Rende – I call him Cheech, is a real Pisan. He has been so helpful. ” Romano said.

The YES Club leaders said that in addition to the bountiful storage space and collection spots added at all three middle schools, the club’s membership has soared to about 25.

“There are several solid freshmen involved,” Greg said, adding that he was optimistic that next year when he and Romano are seniors, they will be able to turn over the reins to a new leadership team.

“We have so much fun in our meetings. Everyone is getting excited for the drive,” Romano said, adding that it is never too late for new members to join the club.

During the drive, the club members will empty the collection bins on a regular basis, bringing all donations to the Armory. At the end of the drive all the equipment will be sorted with an eye to dispersal to receiving organizations such as the Boys and Girls Club of Greenwich and DOMUS in Stamford.

The “give-away” will take place from February through April. 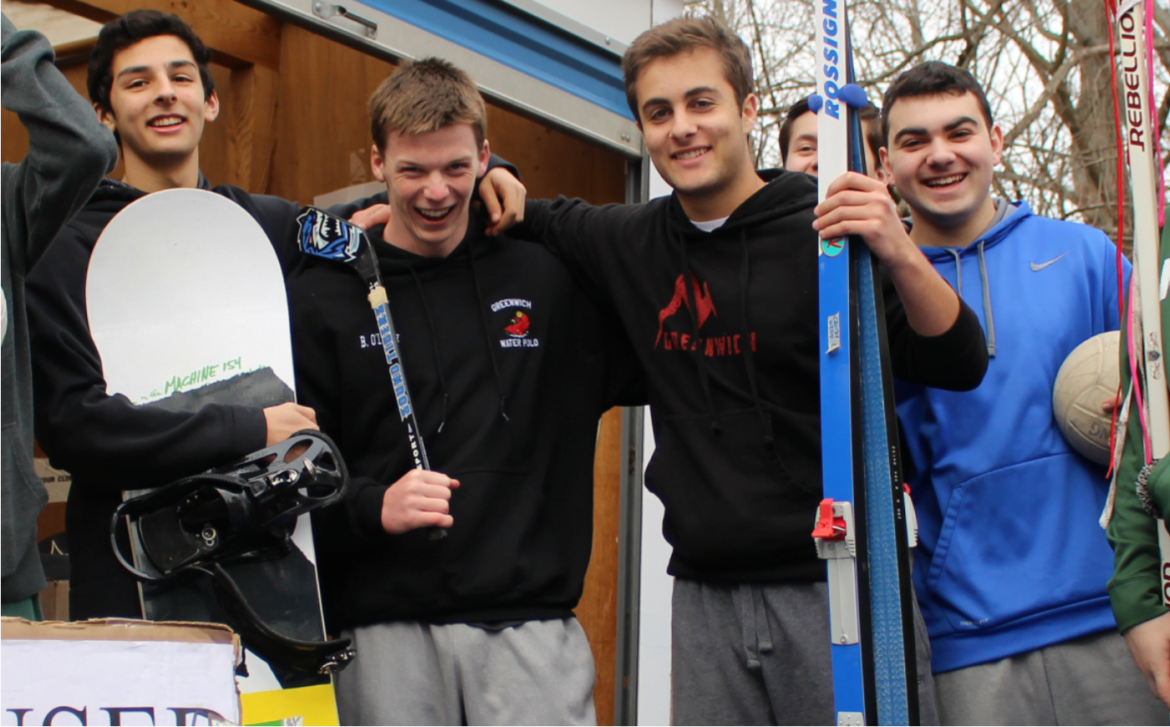