Across the globe on Friday morning students walked out to protest climate change.

In New York City Mayor DeBlasio announced over a million striking students would not receive a cut for their walkouts.

At Greenwich High School at 9:30am a crowd of about 75 students walked out knowing they would receive cuts from class.

Lena Thakor from the Environmental Action Club led the protest. Lena, who has been an outspoken advocate of the environment, showing up at Tod’s Point for clean ups and demanding at BOE meetings that the district rid its cafeteria of styrofoam trays, led the march around campus holding a poster that said, “The climate is changing, so why aren’t we.”

“No more coal, no more oil, keep your carbon in the soil,” she led the students in chant on Friday morning. 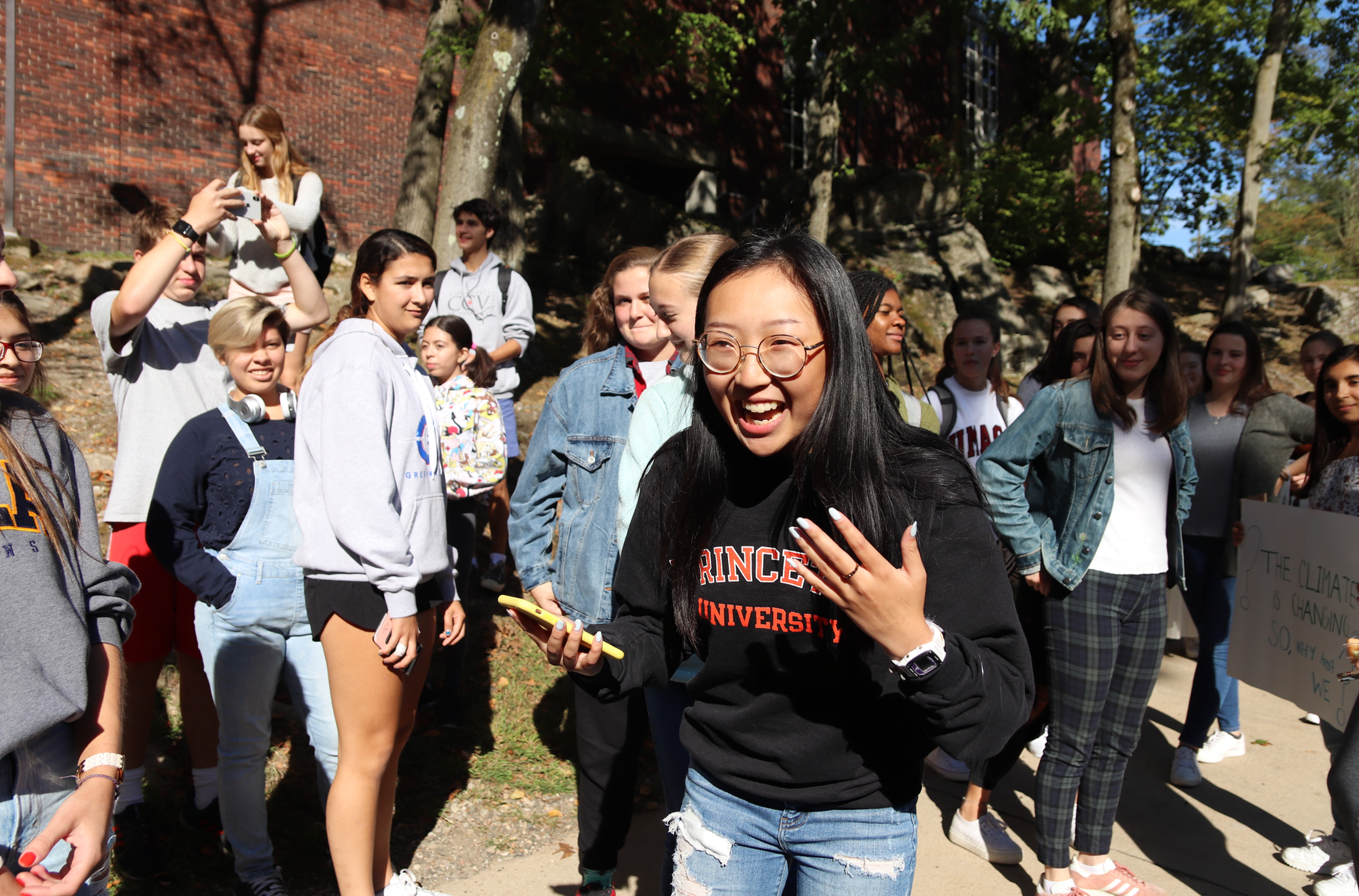 During a student walk out on Friday, Victoria Fu urged students to use their voices to demand action on climate change. Sept 19, 2019 Photo: Leslie Yager

“Here I can be just a face in the crowd. I don’t have to make a voice,” said Victoria Fu, growing emotional. “I feel very passionate about this.”

“But we don’t have more time. …In a time of social media, it’s so easy to just put up a post. But it’s not enough to just say look at this post – Look the Amazon is burning,” she said to cheers. “You should take an action and show you really care.”

“This has been left to fall upon our generation. It’s so unfair, so selfish. We can’t stand it. We can’t take it any more. We have to raise our voices,” Lena shouted. “If you really believe in something you have to stand up for it. If nobody is going to stand up for us we have to be our own advocates.”

Beyond Greenwich and New York City and the US, protesters turned out in 156 countries from such disparate locations as Nepal, Senegal, Quebec, Rome, Kyrgyzstan, Sweden, Bolivia and Peru to bring awareness to global warming and climate change.

Climate change activist, 16-year-old, Greta Thunberg, a motivating force behind the worldwide movement was quoted on NPR Friday saying not to take her word for it that climate crisis is real, but to listen to scientists.

“Our house is on fire — let’s act like it. We demand climate justice for everyone,” Thunberg said earlier this year at the World Economic Forum. “We are less than 12 years away from not being unable to undo our mistakes….The media has failed to create broad public awareness.” 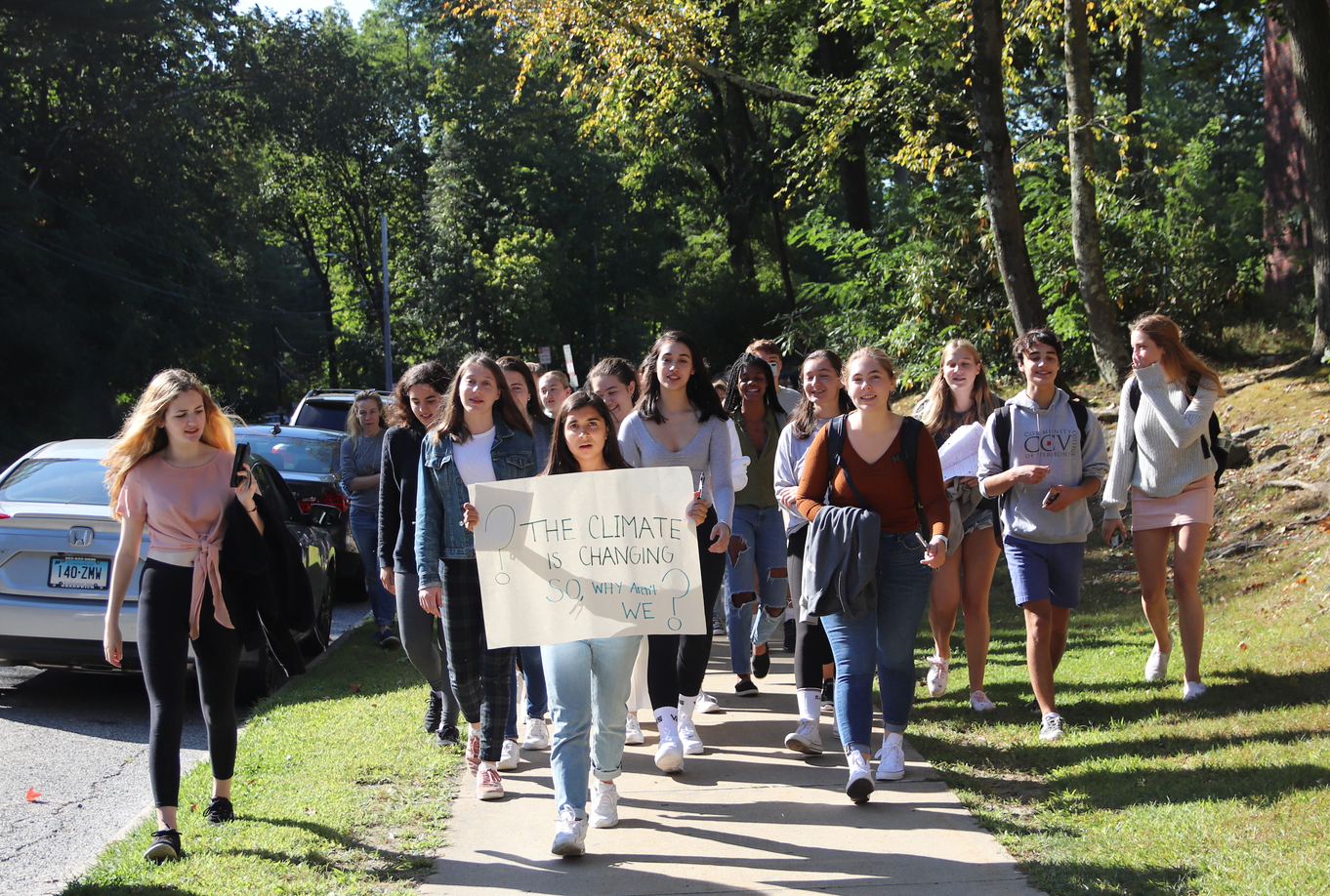