The Compass, the Greenwich High School Yearbook, has been published for more than seventy years! It’s lived through six wars, thirteen presidents, and countless other changes to our society. 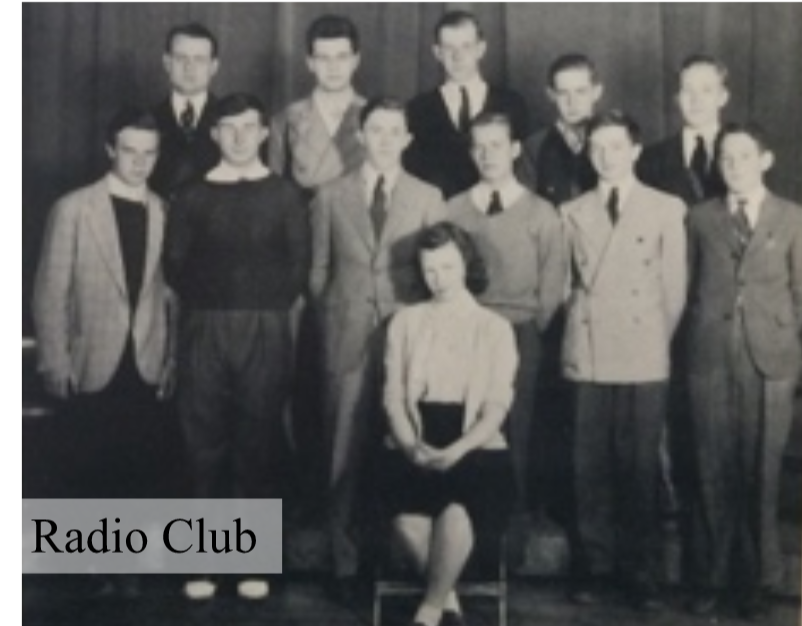 Members of the Radio Club learned about the construction and operation of transmitters and broadcasted to other radio clubs across America through their own transmitter. Photo: Compass yearbook 1940

Technology
Technology caused the creation of many clubs at Greenwich High School, but many of these clubs were made obsolete by newer technologies. 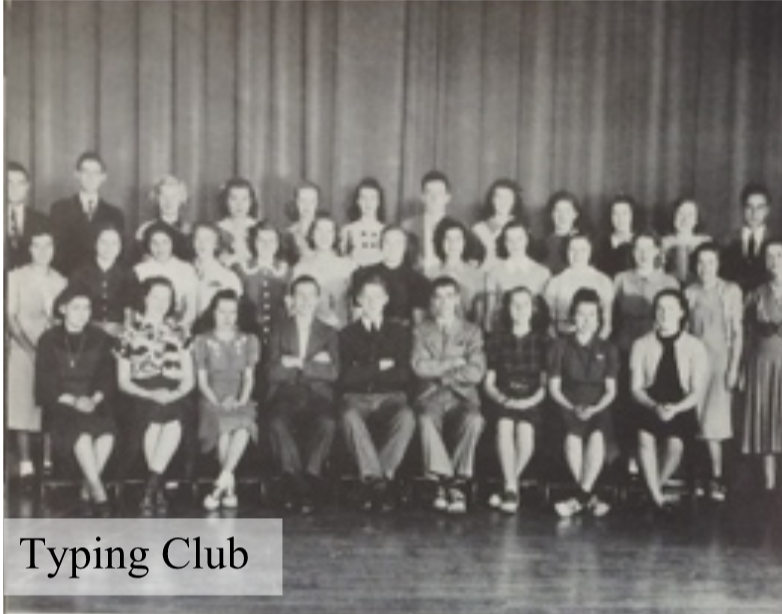 Members of the Typing Club worked to master the skill of keyboarding before there was such thing as a computer keyboard. At the time typing ability was essential if to enter into the business world. Photo: Compass yearbook 1940 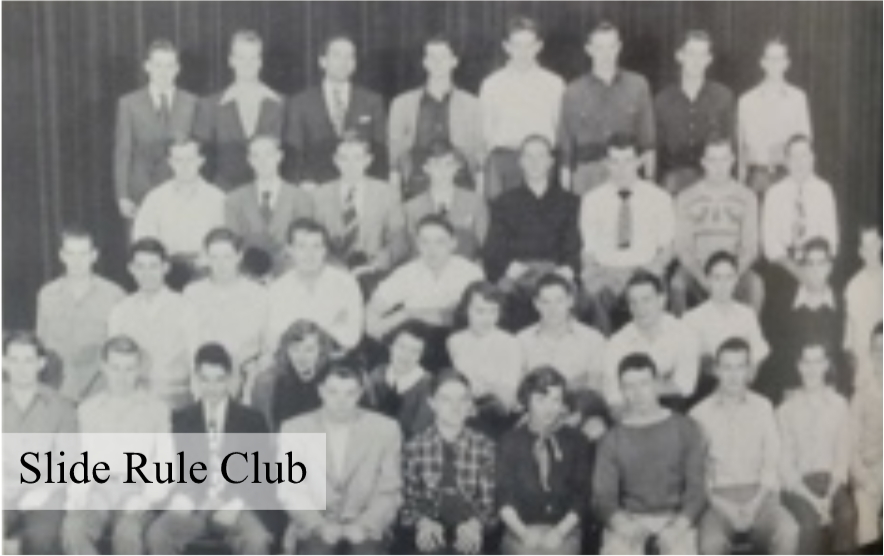 The Slide Rule club was very popular in the 1950s. The slide rule was used for multiplication, division, roots, logarithms, and trigonometry but was made obsolete by the handheld scientific calculator. Photo: Compass yearbook 1950

The Slide Rule club was very popular in the 1950s. The slide rule was used for multiplication, The Audio Visual Aids Club learned how to use movie cameras and projectors and enabled Greenwich High students to learn from films. Photo: Compass yearbook 1960

The Audio Visual Club, which existed in the 1970s, helped teachers by working with printers, Xerox machines, and other electronic equipment. Photo: Compass yearbook 1970 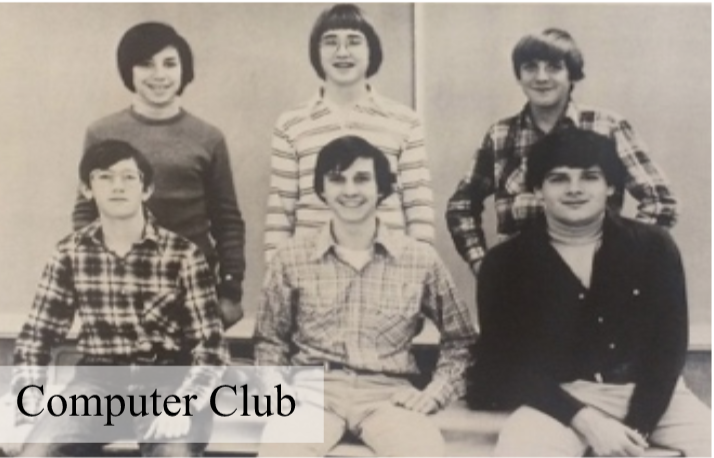 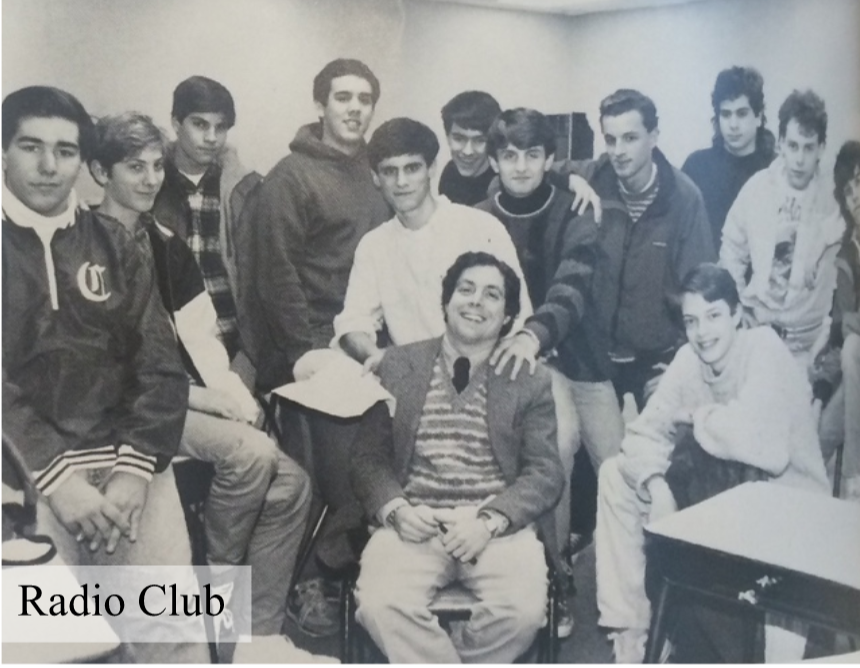 The Radio Club returned in the 1990s, but with a different purpose. This club produced a radio show called Reel to Real and Dee-Jayed. Photo: Compass yearbook 1990 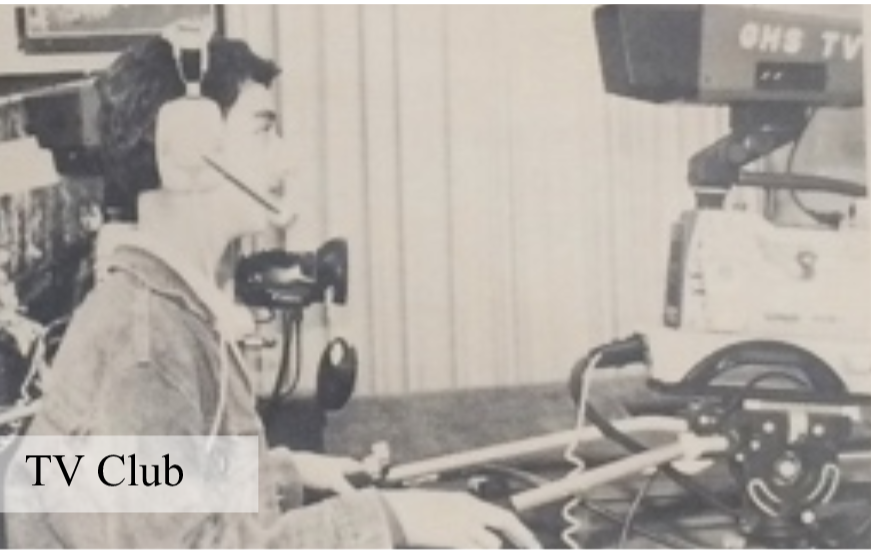 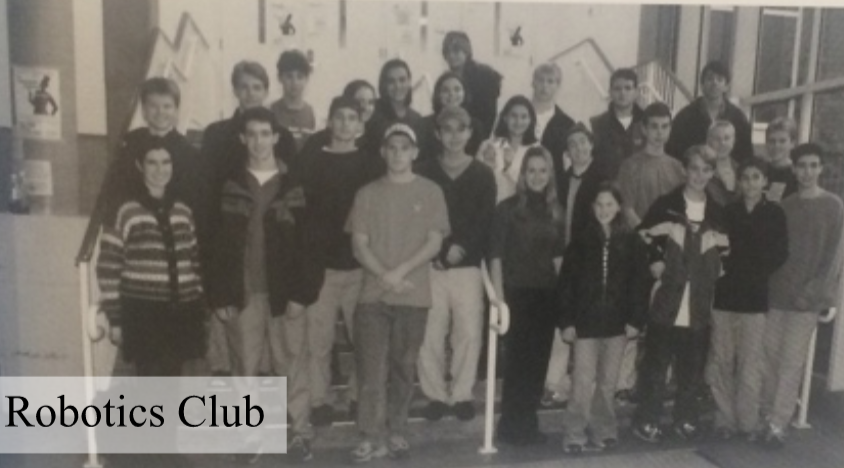