At Greenwich High School students can study Chinese all four years. There is Chinese 1, 2, 3, and 4 – plus an Honors option and AP Chinese.

The girls’ immersion experience resulted in their being bumped ahead two levels to AP Chinese upon their return.

In this case, two steps forward, one step back, as Greenwich Schools are now closed due to the COVID-19 pandemic.

Today the girls are learning remotely along with 9,000 other public school students.

Going to school every day may feel like ages ago as events have unfolded quickly, but it was just a month ago that the girls were busy with their classes at GHS, where they are members of the China Club.

When COVID-19 broke out in Wuhan, the largest city in Hubei province in central China, they wondered what their club could do to raise awareness and protect vulnerable people. 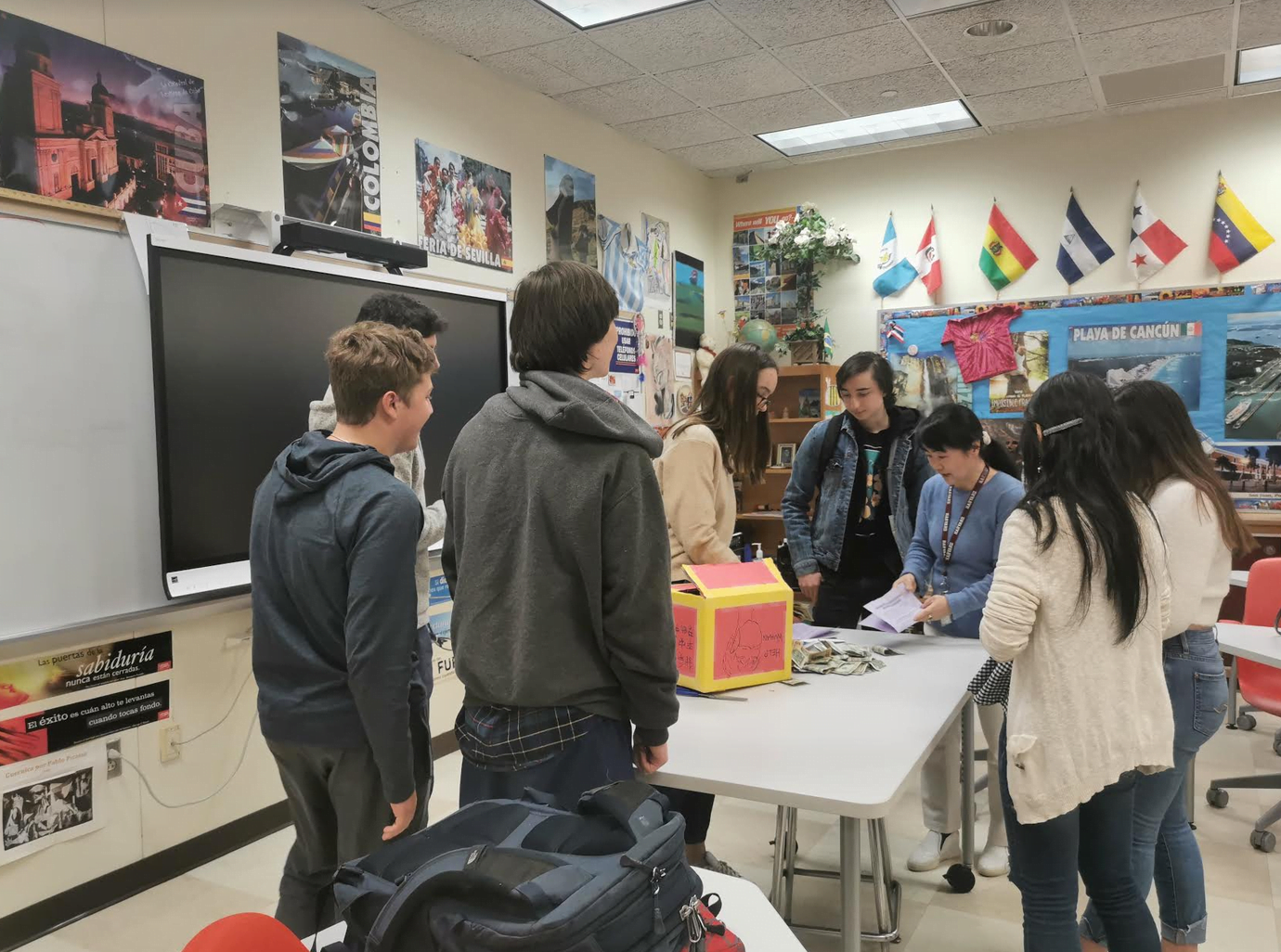 The club funds cultural events through creative fundraisers like their popular egg roll sales during open house nights and concerts.

“Our club is not huge but we have a big outreach, and do a lot of fundraising,” Halla said, adding that they have had musicians visit and perform with traditional Chinese instruments. They’re also raised money for text books to give the Chinese Sunday School at UConn Stamford. In addition they’ve also visited Julian Curtiss School and Cos Cob School to do activities including calligraphy and Zodiac paper animals.

This week, by phone, the girls recalled when they first learned about the shortage of face masks in China and that sparked the idea for a new fundraiser.

Together with the National Chinese Honors Society the GHS China Club decided to do a fundraiser for masks for people in Wuhan. 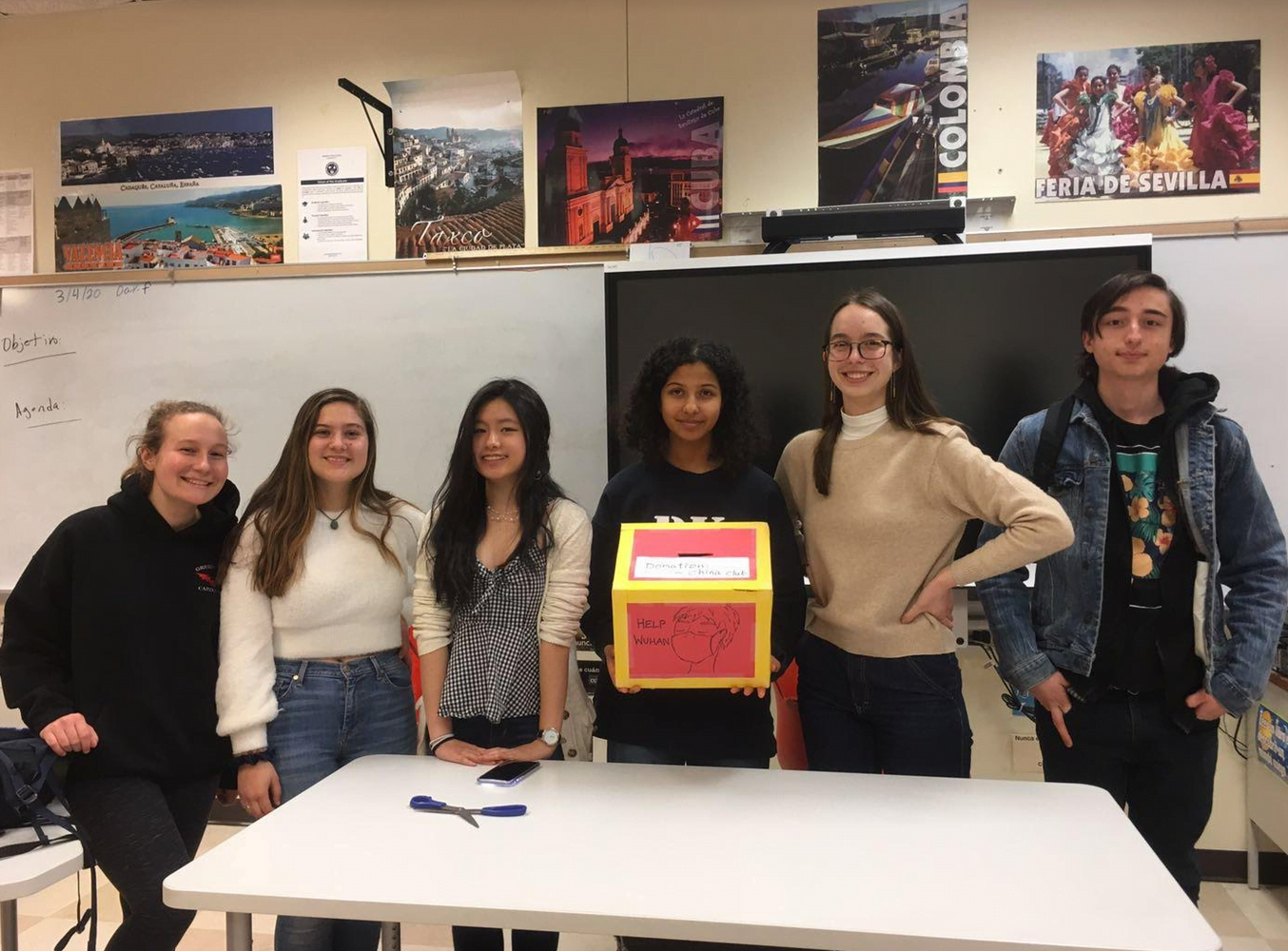 “We raised over $500,” Halla said, adding that the funds were sent to China via the Wuhan Alumni Association of Greater New York, who had their own fundraiser and added the funds from GHS.

The girls said they were pleased with the success of the fundraiser, but disappointed at anti-Asian sentiment among some GHS students.

“It was very hurtful,” Sofia said. “A lot of our peers get assumptions and stereotypes. One of our Chinese teachers was walking down the hallway when she coughed. Some kids pointed and laughed, and said, ‘Oh she has Coronavirus.'”

Also, she said there were Chinese students who felt isolated because their peers were making comments. “There was one girl who said, ‘Oh because of the Coronavirus I won’t get into college,’ while sitting next to a Chinese girl.”

Halla and Sofia said they wanted to keep a focus on uniting everyone against the virus, not making China a scapegoat.

They said even the simple act of labeling their fundraising boxes was a challenge.

“We were walking on eggshells, and labeled our box in a way not to alarm anyone,” Sofia said. “The goal was to raise awareness, not to instill fear. Even though they’re half way across the world they’re our neighbors.”

“We did this at the end of February, beginning of March, before the situation was dire around the world,” Sofia said. “Now it’s obviously a different situation and the virus is on the decline in China.”

As for how they’re coping with the possibility of contracting COVID-19 and adjusting to distance learning, Halla said she and her friends are more worried about the ripple effects of the disease than actually contracting it.

“I think a lot of people, my friends, we don’t have as much anxiety as our parents do,” Halla said. “People our age, we mostly we’re okay with it. Kids are expressing boredom being stuck at home. Maybe it’s not fully dawned on us.”

“Kids our age – personally we’re not afraid of the virus, but of the repercussions,” Sofia said. “For a regular junior in high school, SATs are cancelled, spring sports are canceled.”

“A lot of my senior friends were distraught that their last semester will be at home. They had wanted to experience the assassin game, and the other fun little things,” Halla said.

“People our age are worried about applying to college,” she added. “They’re upset that CIAC cancelled winter games, and a lot of them went to protest the decision. My friends are concerned there will be no prom.”

Halla and Sofia, both 16, said they were concerned about inadvertently passing on the virus to grandparents.

“We’re not in the at-risk age group, but I usually go to my grandparents once a month,” Halla said.

As for distance learning Sofia said both students an their teachers are adjusting.

“Digital learning is rudimentary now, and based on what teachers decide to do on Schoology, it will progress,” she said. “It’s a big experiment for America to come.” 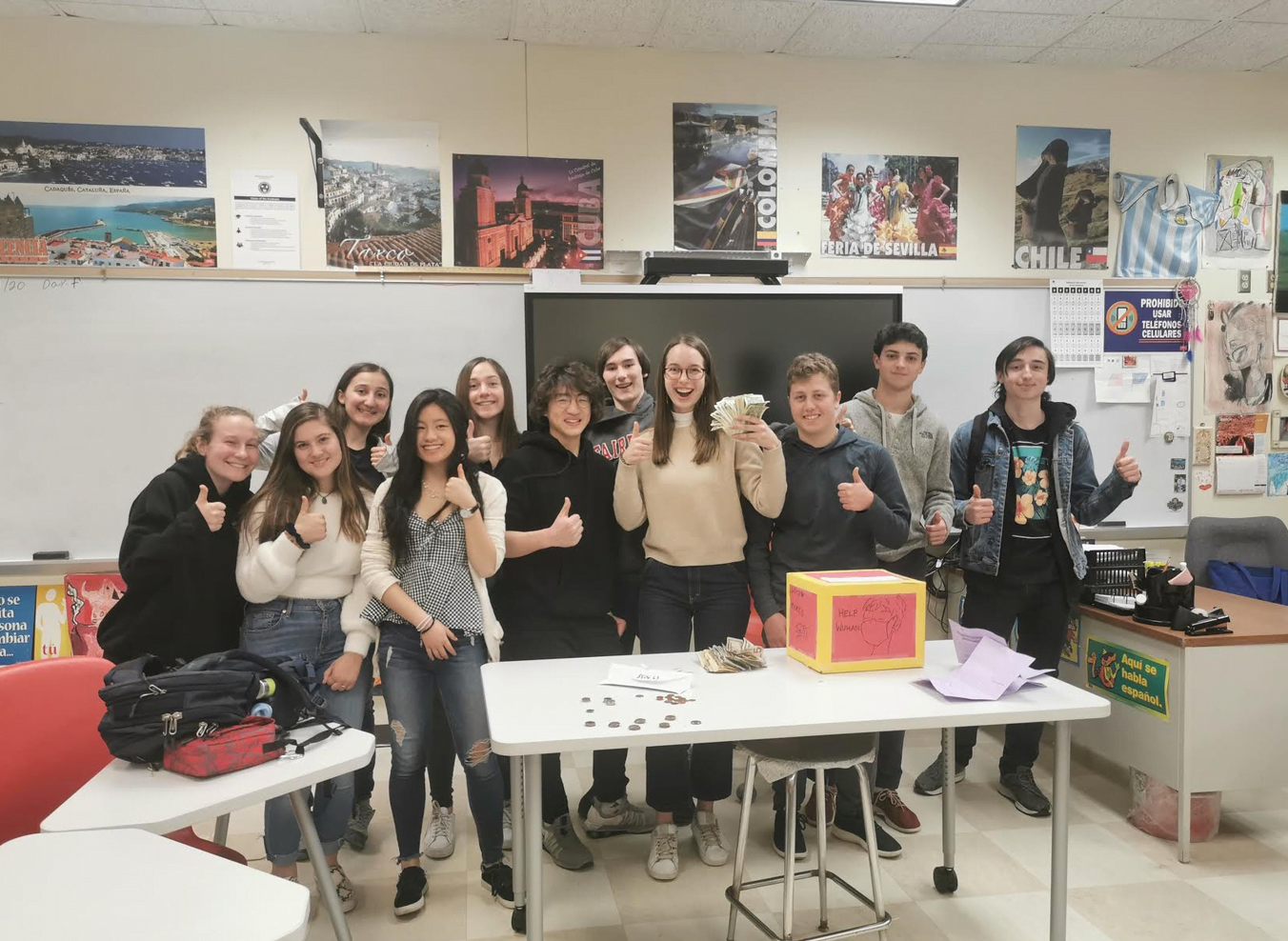