Approaching the 9-year anniversary of the Greenwich Wiffle Ball Tournament a permanent wiffle ball field has officially been completed and major partners celebrated together on the morning of Tuesday, July 5 to play a game of wiffle ball to officially open the new Wiffle Ball Field of Dreams at Byram Park.

The story started in 2008 when several youths from the Town of Greenwich constructed their very own wiffle ball field. The field was a constructive way for kids to spend their summer. But because of concerns over the town’s liability, the First Selectman closed the “field of dreams.”

The move received the attention of the media.

Inspired by this story, several members of the Youth Division of the Greenwich Police Department along with the Youth Services Coordinator at the Greenwich United Way decided to facilitate a tournament to raise funds for a permanent field.

The United Way helped found the tournament, but are no longer a partner with the event, which was handed over to the Greenwich Police Silver Shield Association last year. 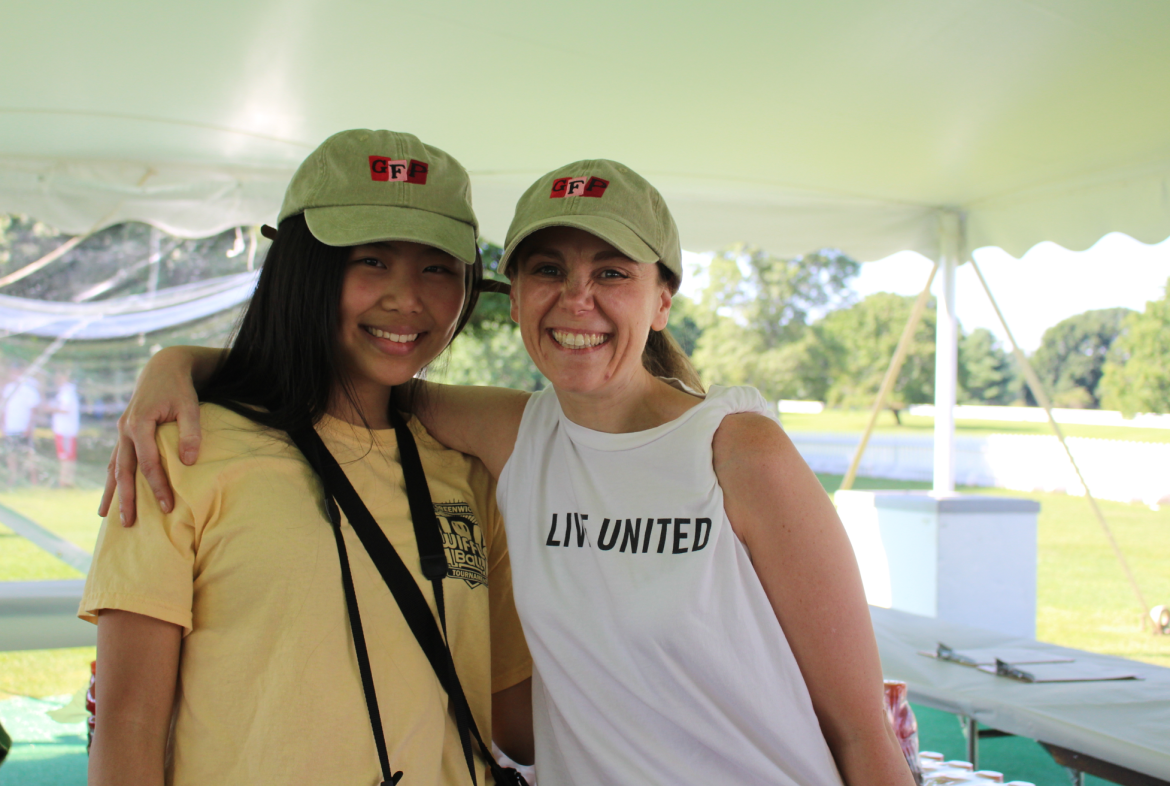 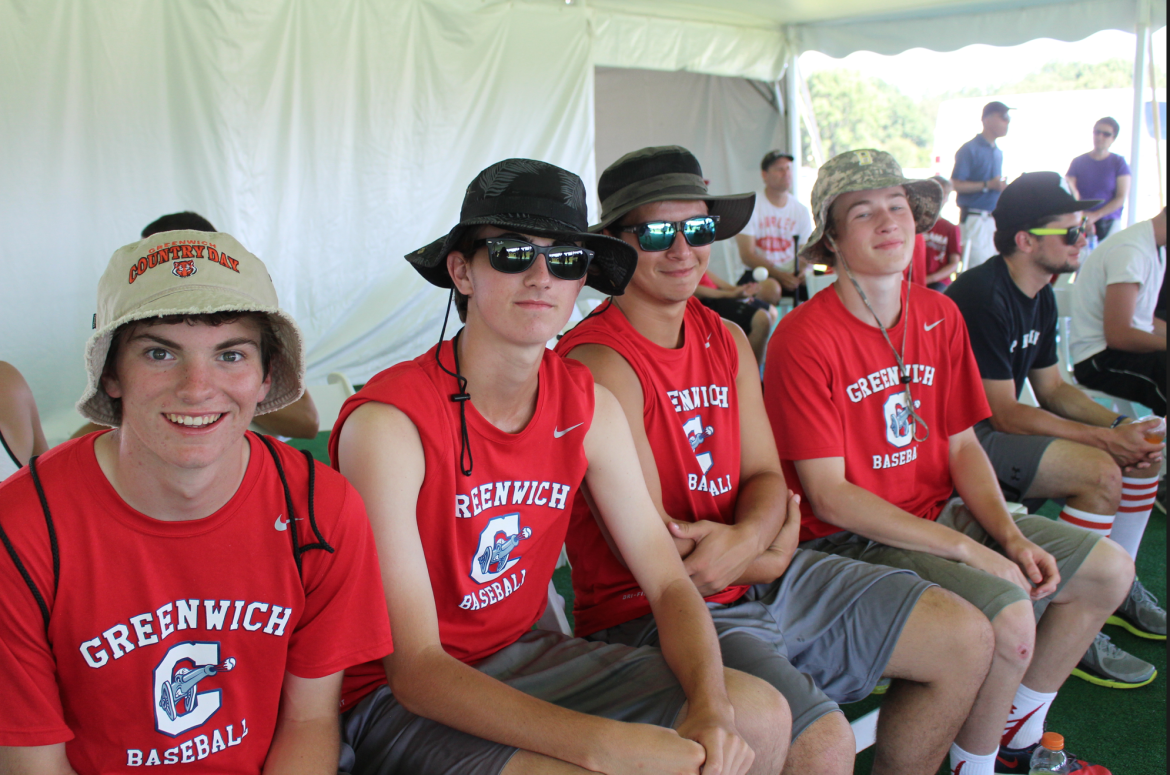 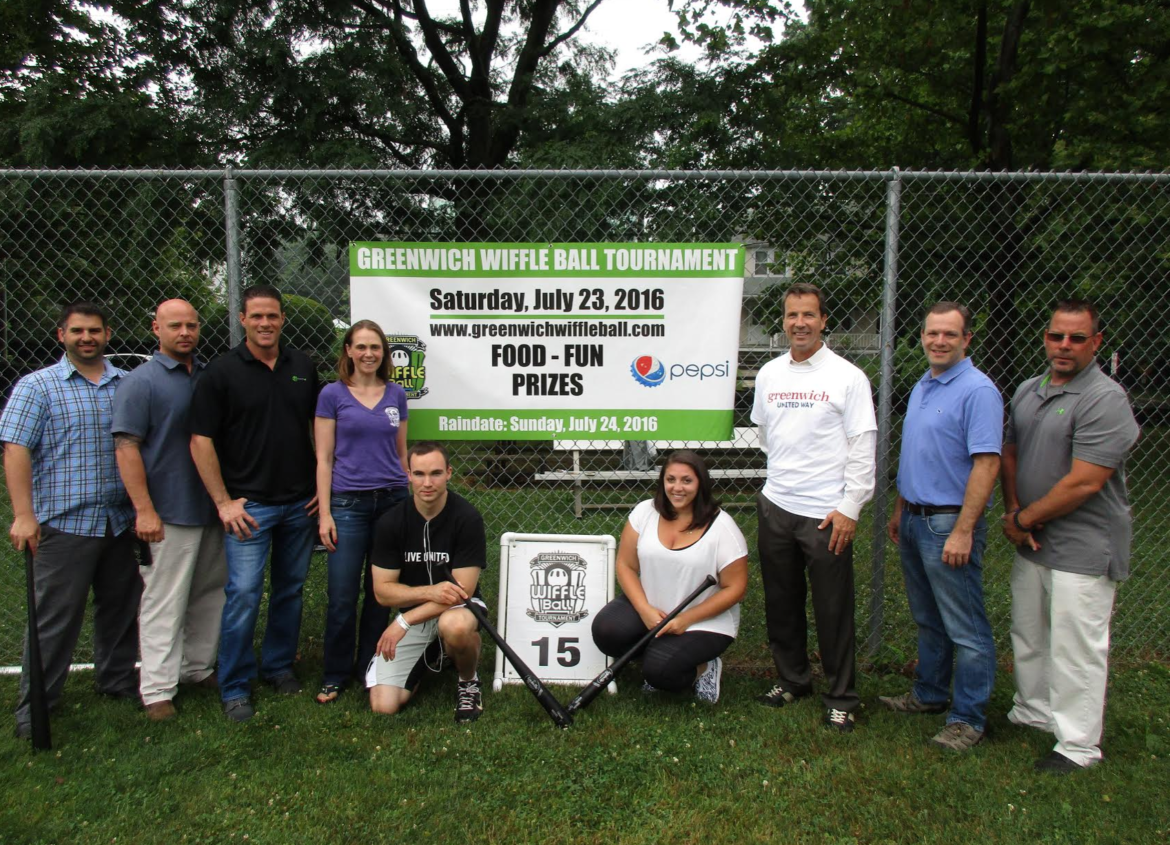 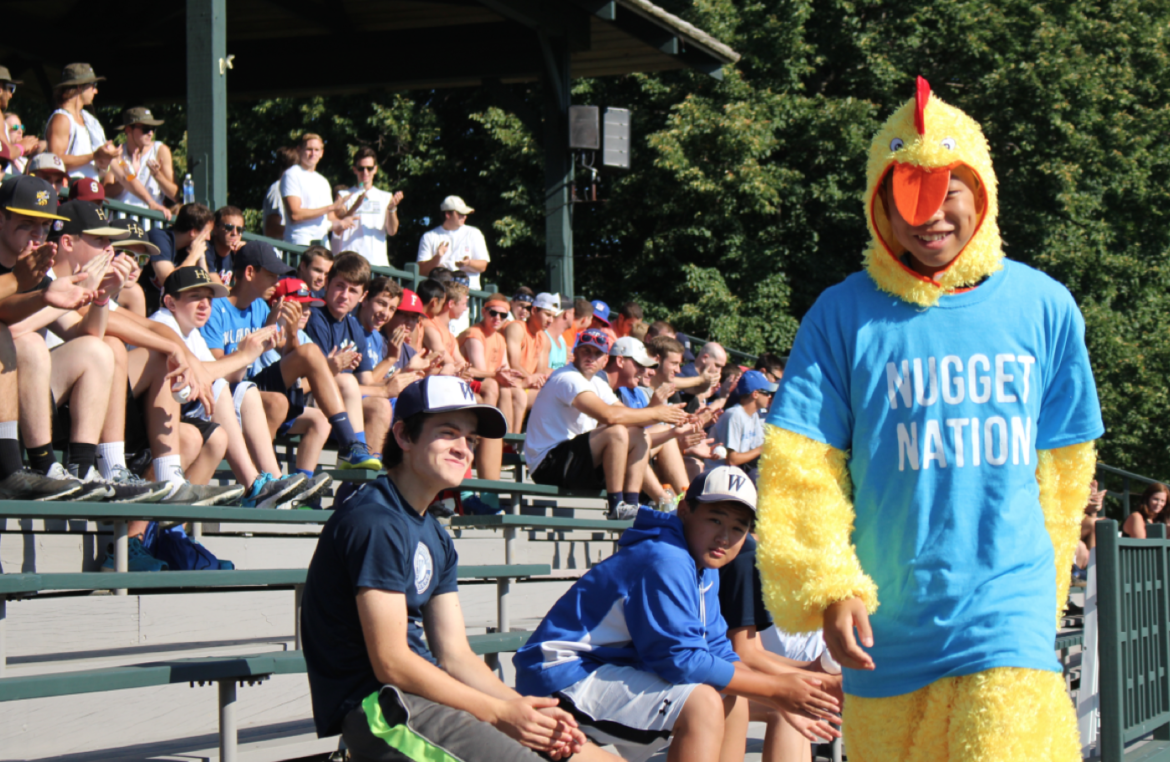 Mascot for Garden catering “Nugget Nation” gets the crowd started just before Ron Young goes over the rules of the Wiffle Ball tournament, 2015. Credit: Leslie Yager

The Greenwich Wiffle Ball Tournament was born from a group of kids and adults with a common goal of becoming part of the solution to a community challenge.

This year’s tournament will benefit Kids in Crisis and be held on Saturday, July 23 with Sunday, July 24 as the rain date.

“We anticipate the tournament will sell out quickly once again,” said Erin Montague.

A contribution can be made online at (www.greenwichwiffleball.com/sponsorship) or via checks payable to “Greenwich Police Silver Shield Association” mailed to us at PO Box 1123, Greenwich, CT 06836. Visit and like the Greenwich Wiffle Ball facebook page (www.facebook.com/greenwichwiffle.ball?fref=ts) for the highlights from last year’s tournament.