School is in session in Greenwich and Domenick Delfino, owner of Joey B’s again offered up his restaurant for a sports team fundraiser. On Tuesday members of the Greenwich High School swim and dive team worked in shifts behind the counter, taking orders for everything from hot dogs hamburgers to to salads.

The restaurant, which is popular with GHS students, and the swimmers each have their favorites from the menu, which they listed as the mac ‘n cheese bites, BBQ chicken sandwich, chicken tenders and Oreo milk shakes respectively.

The girls explained that previously the girls water polo team did a fundraiser at Joey B’s, as did the boys water polo and boys swim team, so they thought it would be a good idea to follow suit.

“You can really raise a lot of money for your team,” said Ainsleigh Winget, a junior at the high school.

“The girls on this team are very close,” said Julia Merrill, also a junior.

“We’re a well meshed team,” said Grace Leigh, a senior. “Especially with swimming which is an individual sport. But we have a different dynamic than a club team. It’s more about the team winning and working together.” Grace said this year there are a lot of freshmen – nine altogether, including three divers – and that the team is hoping to win State Opens again. Last year they won State Opens after a gap of four years. 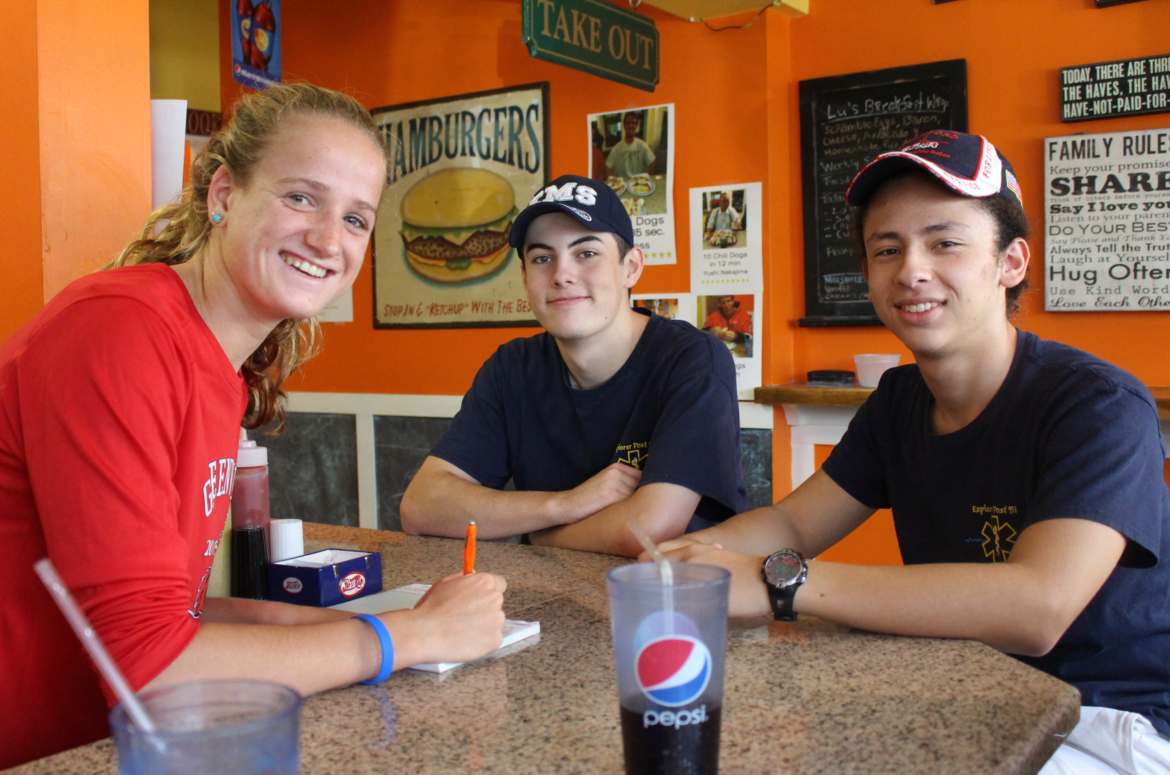