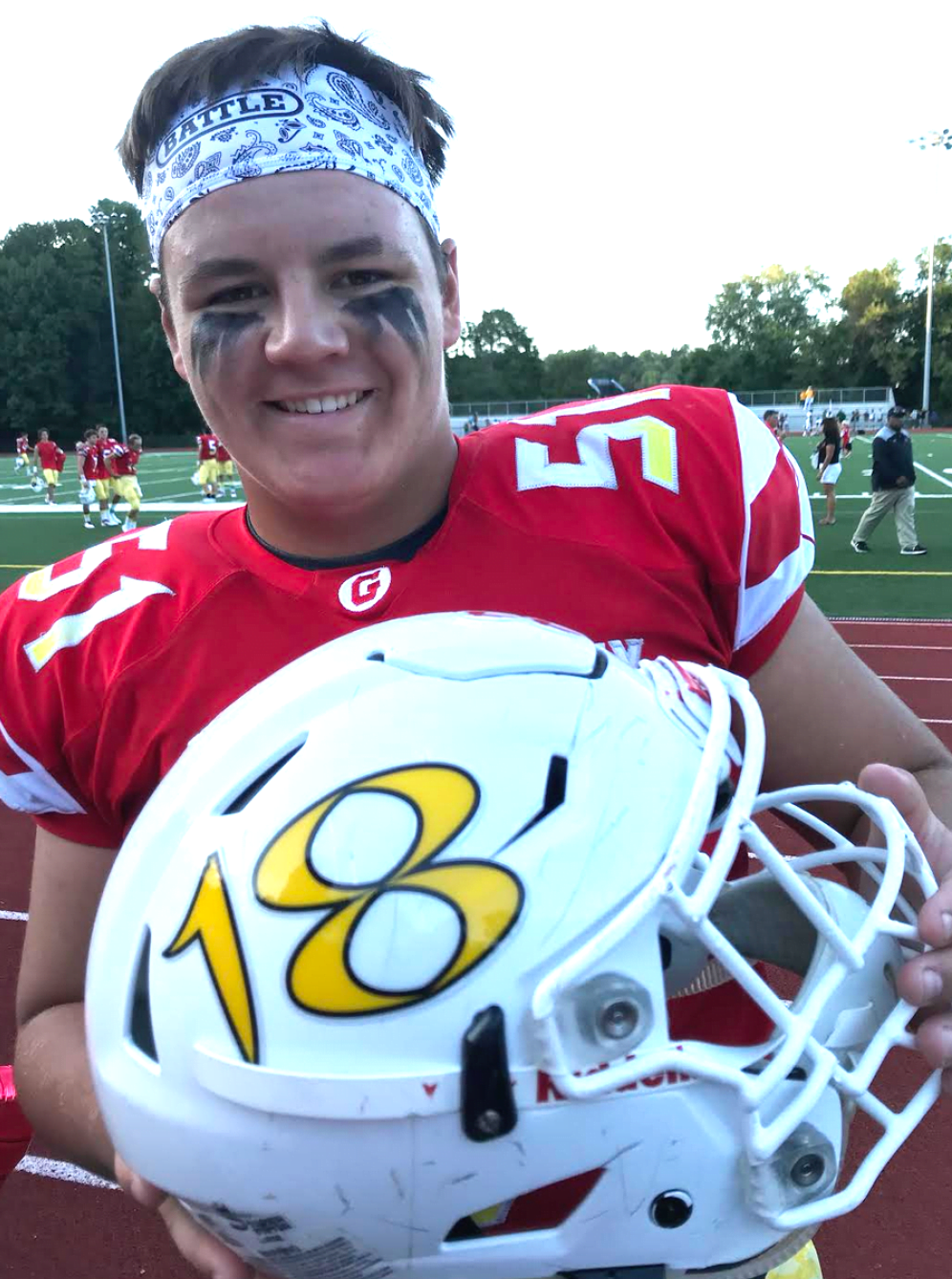 The Cardinals Varsity football players carried out a #18 jersey to the coin toss and wore #18 on their helmets Saturday to honor Steven Sudell, a former Mavericks player who is a cancer warrior.

Steven, who would be attending 9th grade at GHS if he hadn’t become ill, has inspired so many people in his fight – both in Greenwich and around the world.

Two weeks ago a kindness rocks garden was unveiled at Greenwich Town Hall, with abundant rocks from Cardinals football players among the rocks painted with inspirational messages. 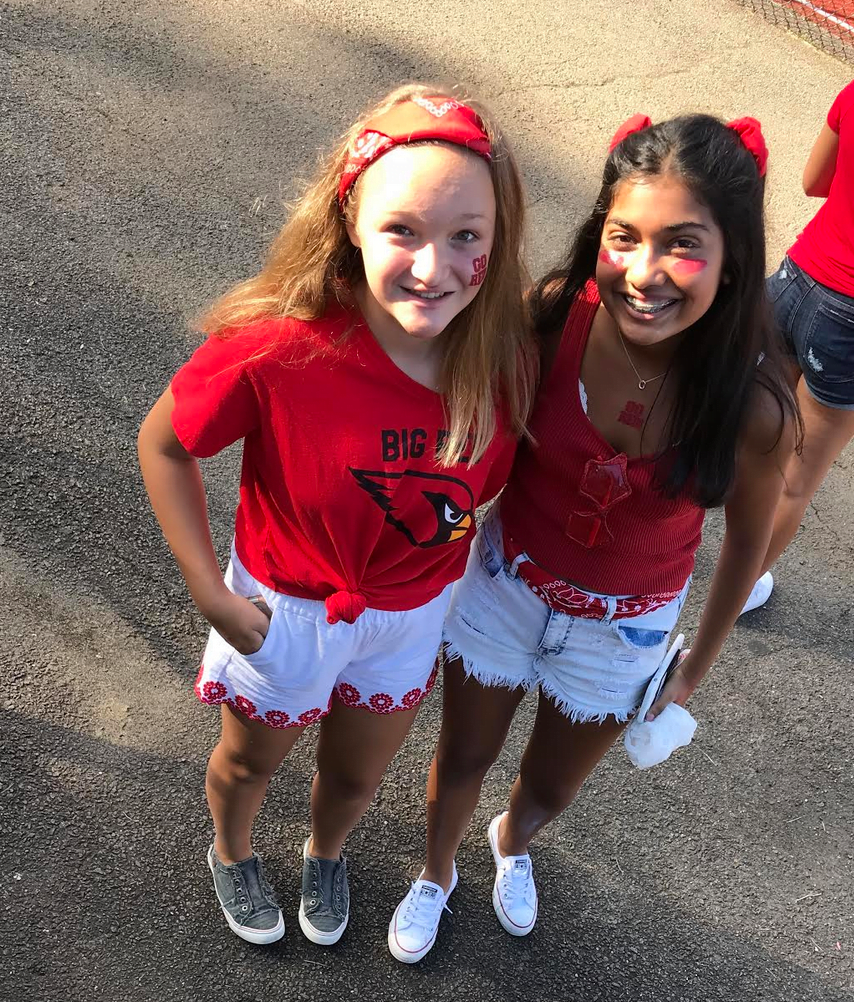 Lindsay and Sophia participate in the Red Out at GHS on Sept 15, 2018. Contributed 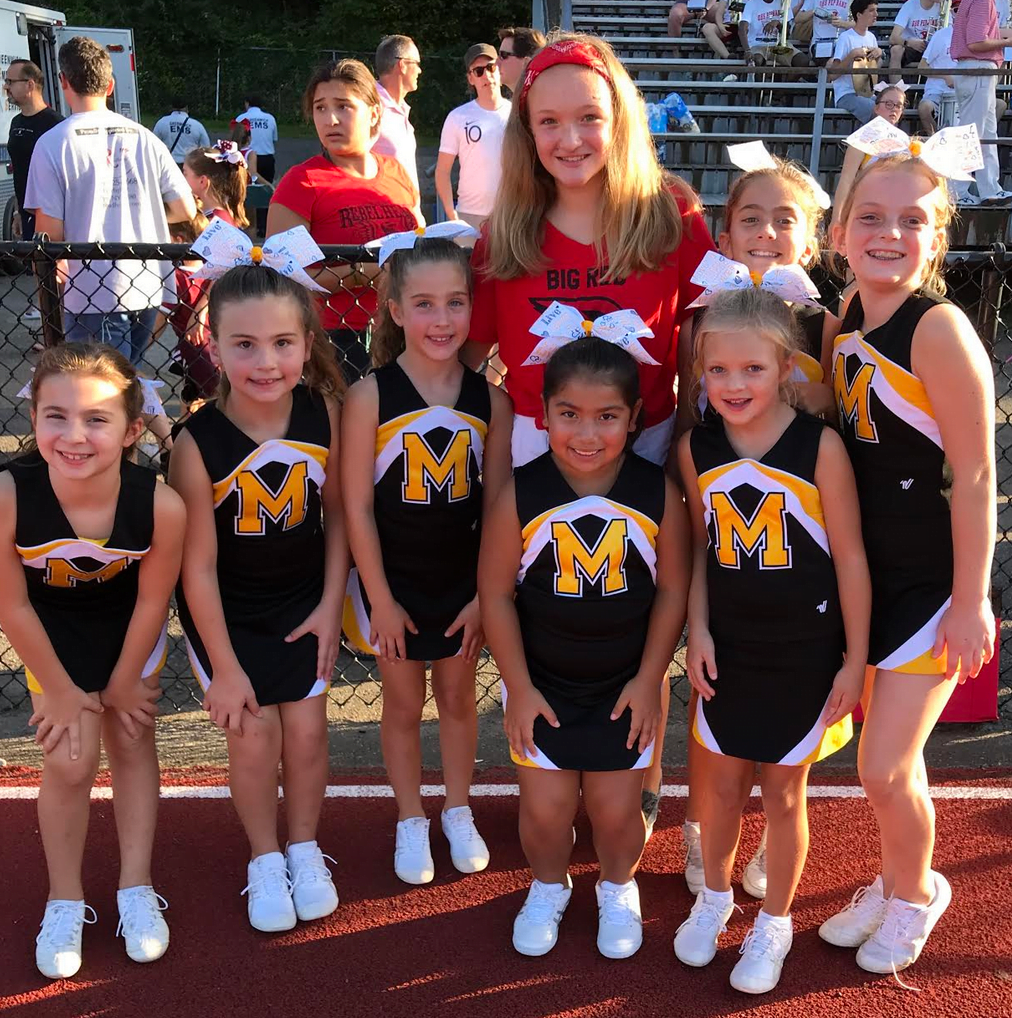 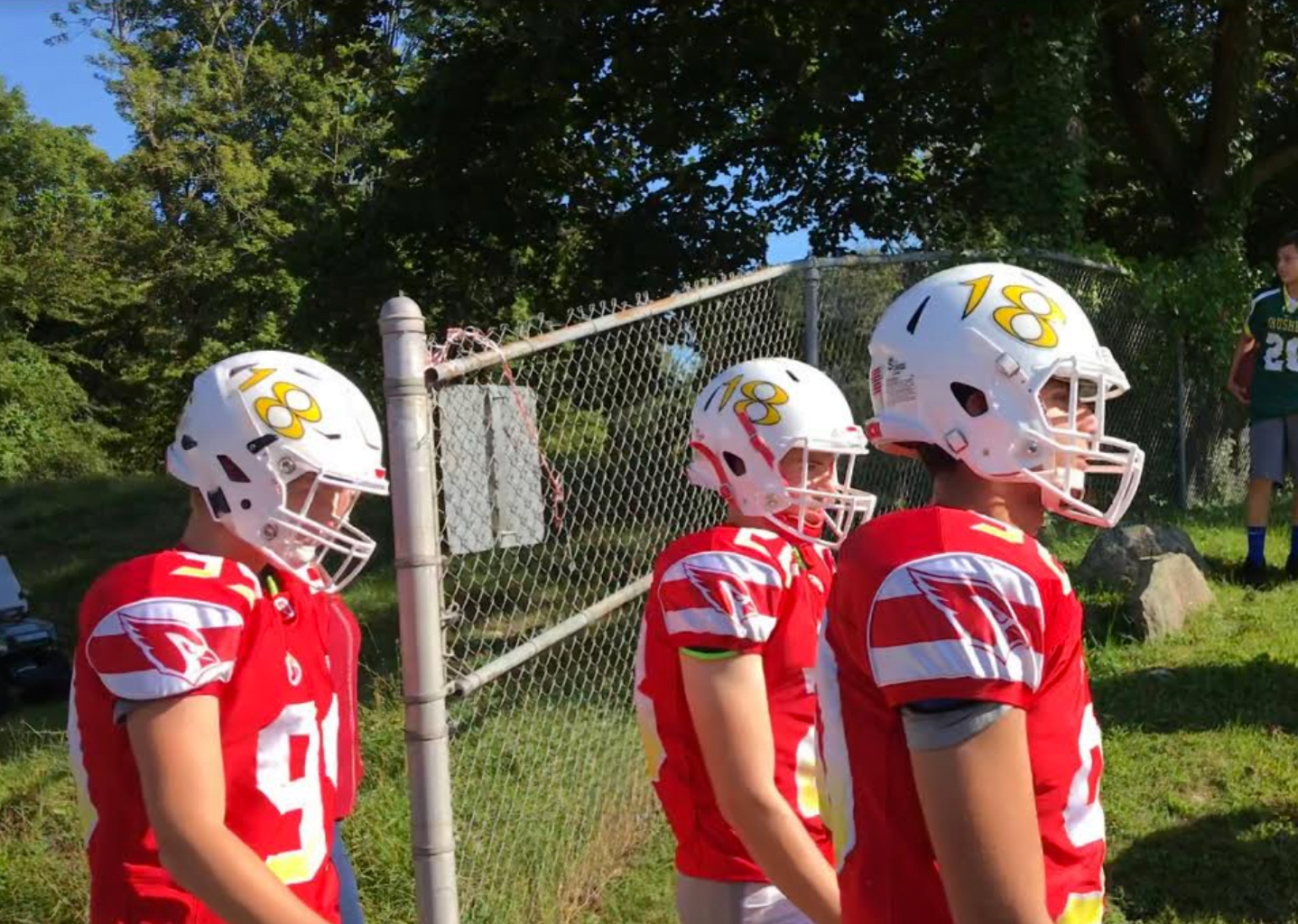 Cardinals football coach John Marinelli said he would have liked to coach Steven on the football team if the situation had been different.

“I want to say thank you to Steven because this year he has given us something to play for – something a little bit extra. He’s given the community something to come together for,” Marinelli said.

The community is invited to give a rock and take a rock from the garden at town hall.

Also, if anyone would like to purchase a pair of Warrior socks, all funds raised in Steven’s honor will be paid directly to The Sunshine Kids Foundation to add quality of life to children with cancer, or make a donation, please click here. 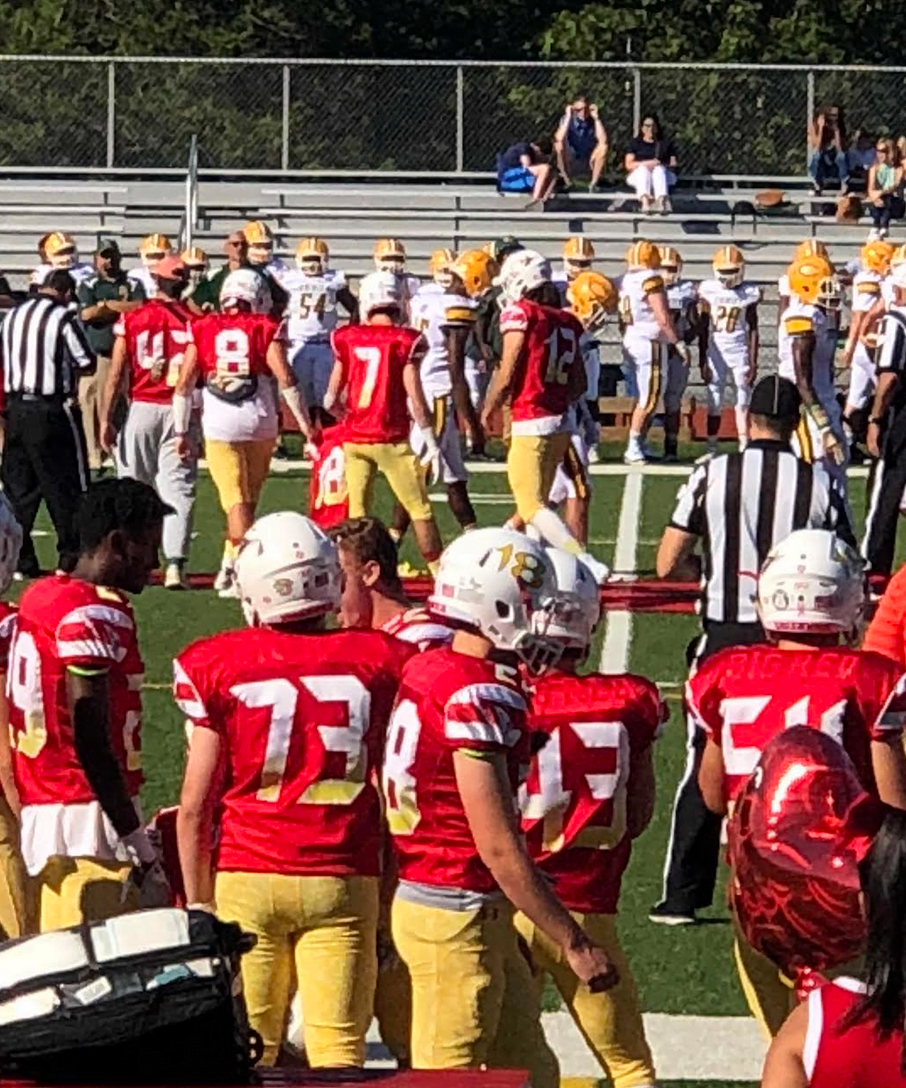 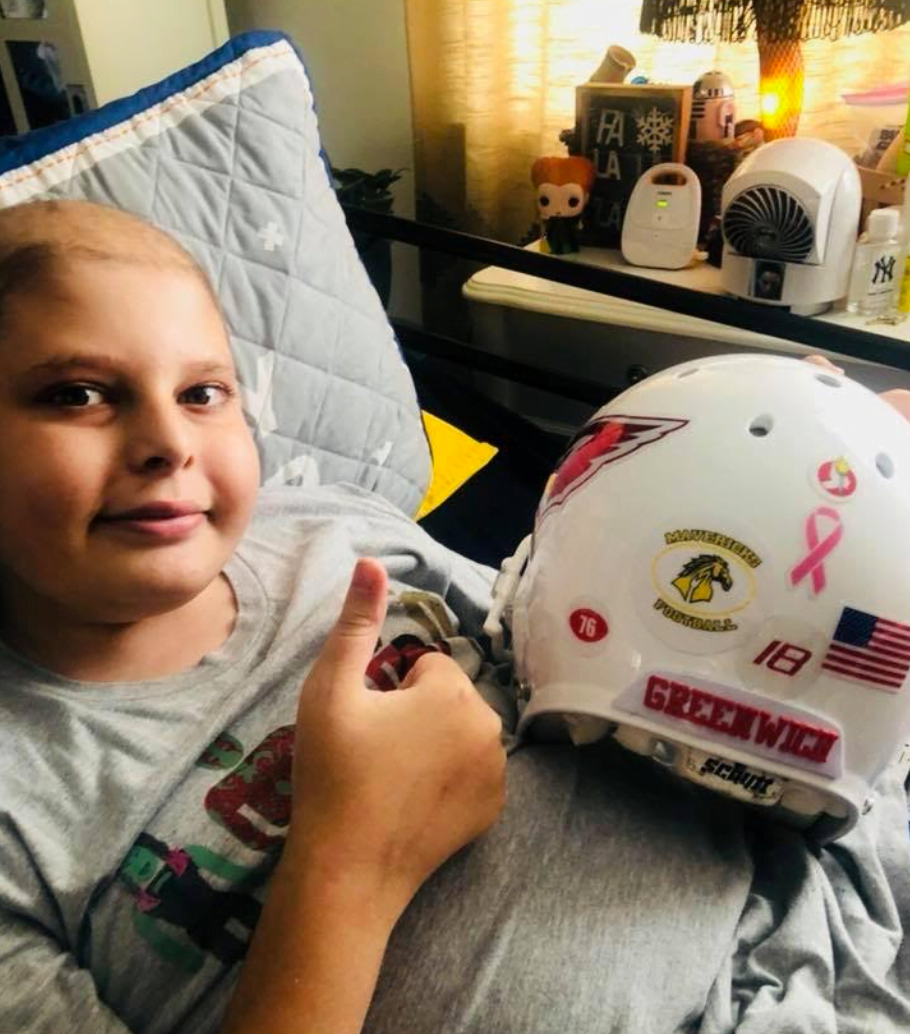 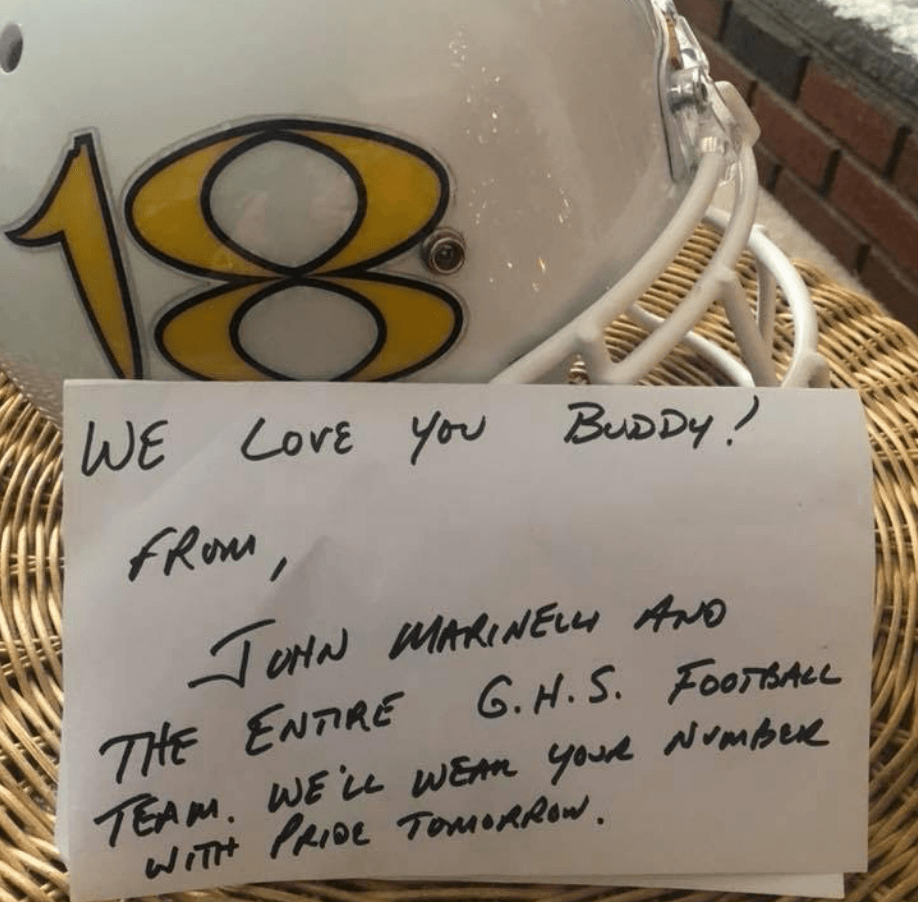