On Monday June 1, the imminent demolition of the house at 5 Brynwood, aka 272 Round Hill Road or “The John Knapp House,” was confirmed by architect, Alex Kaali-Nagy,who bought the house on May 28 for $3,250,000 with his wife Karen. Mr. Kaali-Nagy said that the demolition the house that dates back to 1760 would begin on Tuesday, but nothing happened that day. 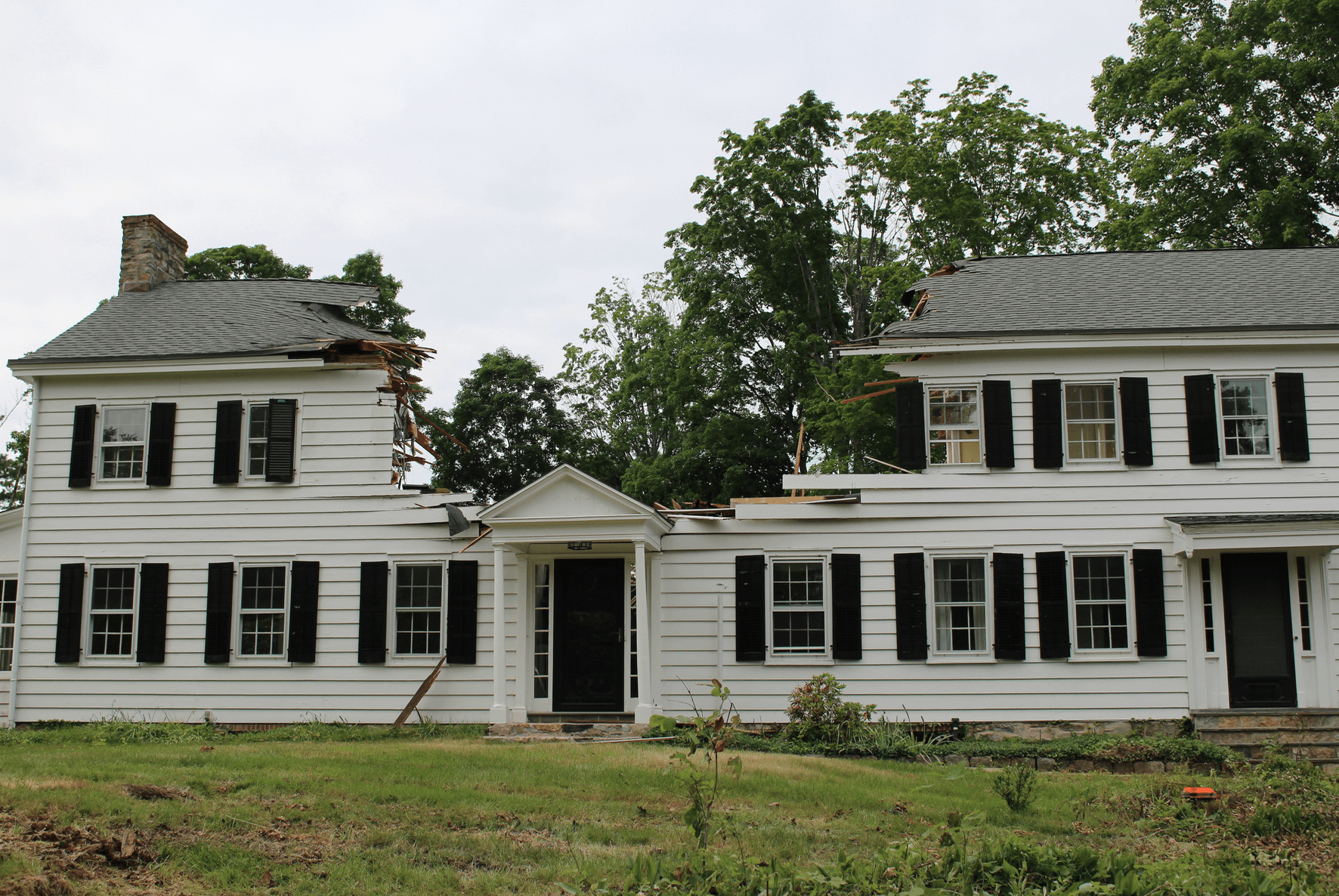 But, on Thursday afternoon, as children headed home from school, drivers on Round Hill Road did a double-take. Something was out of kilter in the streetscape. The John Knapp House demolition had begun.

The first phase of the demolition came in the form of a chunk ripped from the middle of the second floor of the old house. After workers left for the day, the second floor bedrooms and bathroom were exposed. The vintage floral pink wallpaper in a bathroom surrounded a porcelain sink, with separate hot and cold water taps.

At around 4:00pm trucks could be seen hauling out the 39 trees that were removed in order to clear the site for construction for an 11,000 sq ft house. 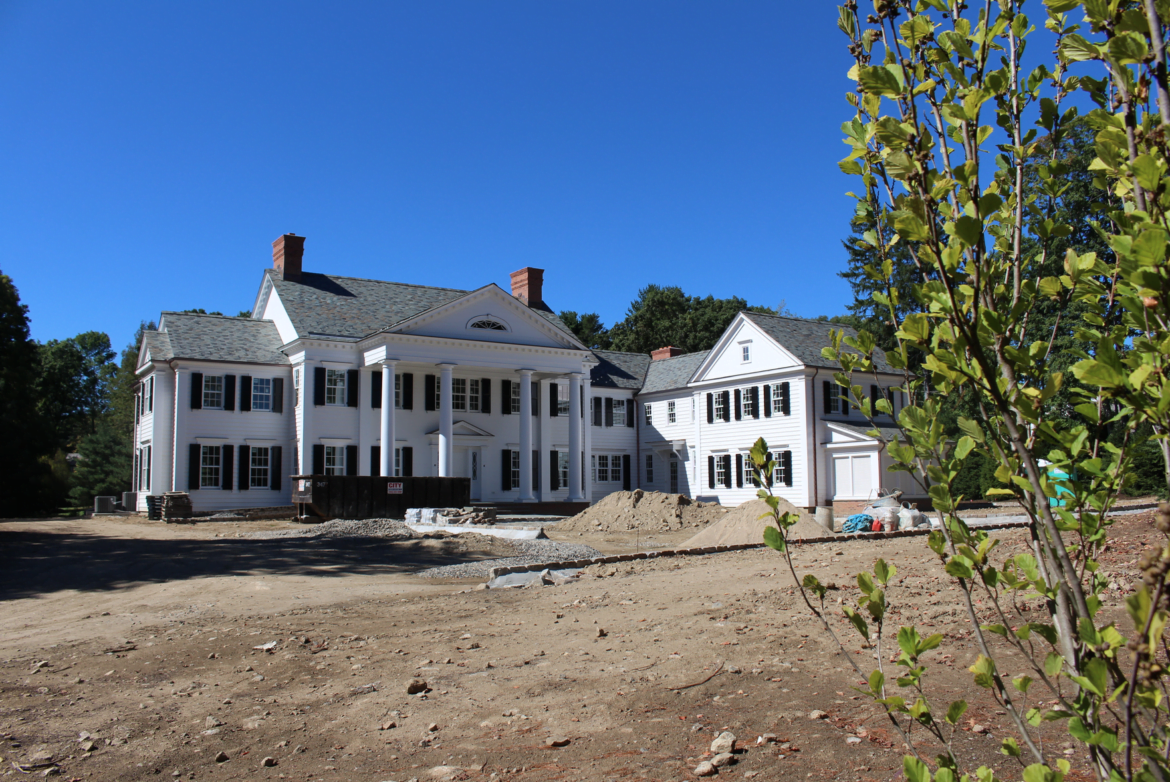 After: The 11,000 sq ft house that took the place of John Knapp House.