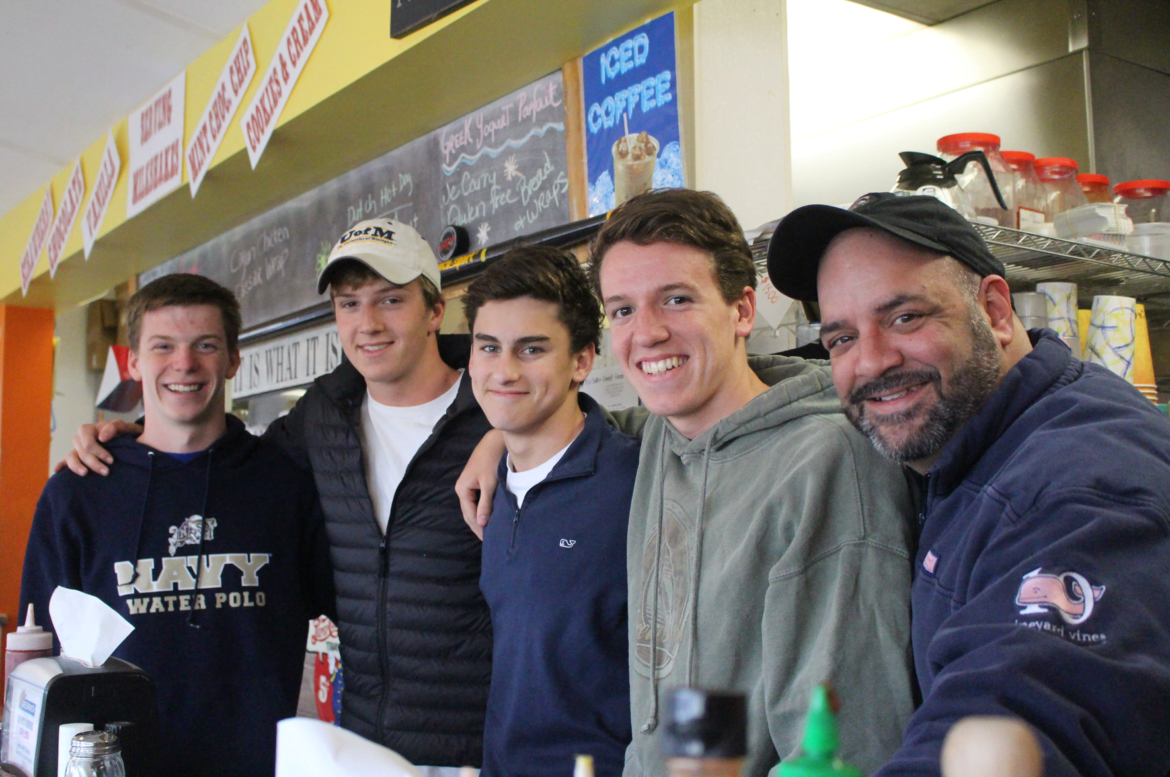 The Greenwich High School boys swim team worked in shifts at Joey B’s on Tuesday, serving up salads, burgers, melts, hot dogs and Dom Delfino’s famous milkshakes. The occasion was one of the regular fundraisers Dom hosts in his restaurant for GHS clubs and sports teams.

Behind the counter at 3:30 were Brian O’Leary, Kevin Downey, Jack Bound, and Plavoukos, who gave an update on the team’s season thus far.

“This season we had more challenges,” Brian said. “Last year we had four  kids swim Division 1 in college. This year there’s only one.”

“We hadn’t lost a meet until Fairfield Prep and New Canaan High School – they’re our strongest competitors,” Brian continued. “We’ll face them again at both State and FCIAC level.”

“Those losses were a real kick in the rear,” Kevin said. “Especially going into FCIAC’s next week and class LL’s, then state opens the week after.”

At GHS, YNET is Valued Resource for Students in Abusive Relationships