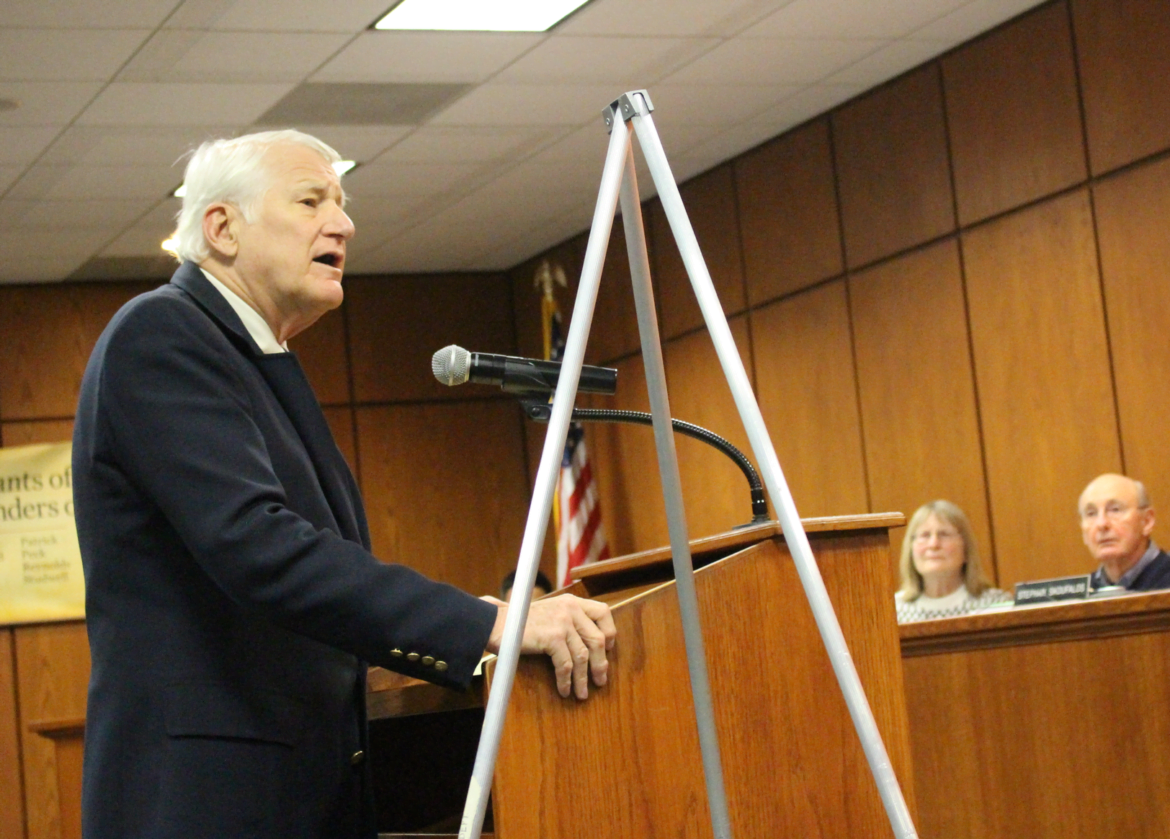 “Due to current circumstances which presently impinge on my ability to fully perform the duties of Chair of District 8, I have decided to step aside for the interim,” von Keyserling wrote, adding the for the time being, the Vice Chair will fill in, as is prescribed in the Rules. The District 8 vice chair is Joshua Brown.

Since Mr. von Keyserling’s Jan 11th arrest, the news has made national and international headlines, with stories noting the similarity of the RTM leader’s alleged behavior to that of President Elect Donald Trump, who, during his presidential campaign, was caught on tape in 2005 bragging to a television host about groping women without waiting for their consent.

In light of both Mr. von Keyserling’s recent arrest and that of another RTM member, Chris Sandys who was charged with child pornography possession, the RTM Moderator Tom Byrne,  has noted there is no mechanism for removing an RTM member, though Byrne said  he intended to consult the town law department.

“This is not a private association,” Byrne told Tony Savino during a recent interview on WGCH 1490 am. “These are elected officials and what can be done is limited, but we will pursue that, because it is a serious matter.”

Of the alleged sexual assault, Mr. von Keyserling’s attorney Philip Russell told Greenwich Free Press, “Any contact, if it occurred, it was trivial. And from my limited understanding was never meant to be malicious or sexual. The statute seems to require one or the other.”

Mr. von Keyserling is scheduled to appear in Stamford Superior Court on January 25, 2017.

Note: On Friday at 10:28am, the Selectmen’s office released a statement saying numerous calls and emails had been received from residents and people across the country expressing concern and outrage about the incident, and that they were troubled by the allegations surrounding the arrest.

They pointed out that Mr. von Keyserling he had admitted to his inappropriate actions.

“The reputation of the Town of Greenwich has been sullied as a result of the admitted actions of Mr. von Keyserling,” the statement continued.

The statement continued with a note about the town’s zero tolerance policy for von Keyserling’s behavior.  “It is imperative that our employees feel secure and protected at all times. We do not wish to allow a perception to be created that this behavior is acceptable.”

Greenwich requires all of its employees to undergo comprehensive training with respect to sexual harassment and discrimination with the objective of preventing this type of behavior.

All three Selectmen signed the statement, which concluded by saying, “It is now time for him to place the interests of the Town, its residents, employees and the RTM ahead of his own interests by resigning immediately.”