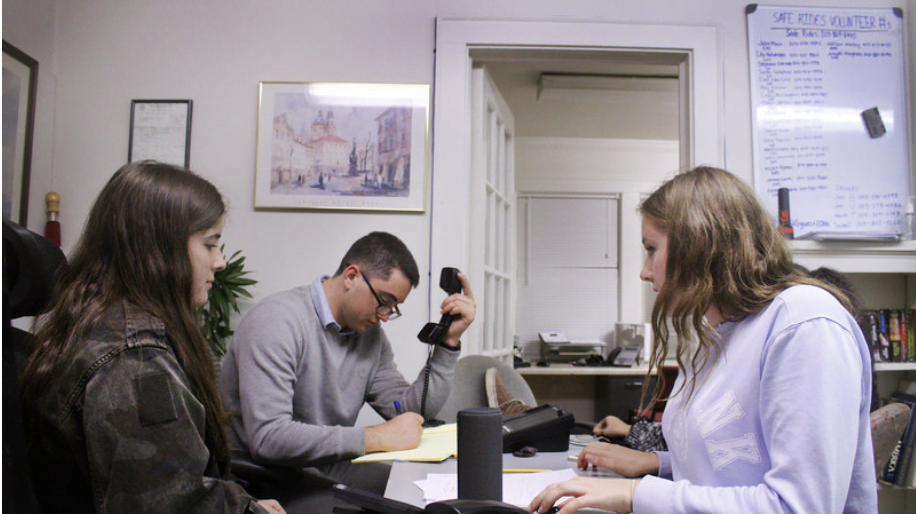 The Board of Estimation and Taxation (BET)  declined funds for the Safe Rides program on Wednesday, making it questionable whether the program will operate during the 2016-2017 year.

The program had requested $18,000 which would cover about half its costs.

Program expenses include insurance, compensation for drivers, gas and maintenance of cars.

On average, each night of Safe Rides operates costs about $600.

At Greenwich High School, students voiced concern about the possible end of the program.

On Friday, Greenwich High School junior Sara Stober said, “Safe Rides is such a great program. … If they de-fund Safe Rides, what new protection will take its place to make sure students have a safe way to get home?”

It was suggested by the BET that students use Uber in lieu of Safe Rides.

“Uber drivers are doing a booming business in Darien…Downtown weekend nights, we actually almost have an Uber parking lot where people are trying to park as close as they can to our local nightlife restaurants to pick up fares.” (Police: A New Industry Cuts Down on DUI in Darien)

However, the mission of Safe Rides is to provide teens a ride for free, rather than force them to choose between paying for a taxi or Uber ride, and driving drunk or taking a ride with a drunk driver.

Safe Rides are not only free, they are confidential.

A teen with a credit card paid by his or her parents will likewise be disinclined to pay a taxi or Uber with plastic because that sacrifices the anonymouty and confidentiality provided by Safe Rides.

The BET came to their decision because they were presented simultaneously with a proposal from the Transportation Association of Greenwich (TAG) for $65,000 to make up for cuts from Norwalk Transit.

There was sentiment that TAG’s proposal needed to be resolved with the state and failed to consider Safe Rides a separate entity.

This is not the first time the rug has been pulled out from under Safe Rides.

The problems started when Safe Rides original sponsor, the Red Cross, changed its focus to disaster relief and dropped the program.

Next, the First Selectman’s Youth Commission took over the program and, for a time, Greenwich Police continued the service using town vehicles, but that created a  liability for the town.

Subsequently, TAG jumped in to help. TAG, which is short for Transportation Association of Greenwich, underwrote many of the costs associated with the service, including insurance and payments to drivers.

In March 2015 the Junior League of Greenwich made a big difference with a $5,000 community grant, presented in the form of a giant check at the JLG headquarters.

At the time, the teens were thrilled. “There was a survey of about 800 students at GHS and 70% of the kids said they’d known someone who drove drunk,” said Alex Buffone, at the check presentation.

“This is disappointing since originally Safe Rides was included in the Town budget to cover this necessary funds, but due to an error by them we were not included in the 2015 budget,” she said. “Peter Tesei graciously covered this error for that year with excess campaign funds, but we still require the funds for this year.”

A Change.org petition organized by students urges members of the BET to reconsider their decision.

As of Friday afternoon, there were 359 signatures and several comments in support of the Safe Rides in Greenwich.

“When I first began Safe Rides, I did not understand why our teenage volunteers would prefer to give up their resting hours in the evening during one of the most demanding and stressful periods of their lives to receive community service hours,” said Julia Moch. “Not to mention dealing with the frequent disrespectful callers or passengers who try ‘party hopping’ instead of going home.”

Moch said her age group is often neglected because of of a disconnect with adults about their needs and desires. “But keeping the lives of every member in the Greenwich community safe is something we can agree on,” she said.

According to William Mackay, the secretary of volunteers and relations for the organization, “Working for Safe Rides means you’re taking part in the safety of the community. The drivers at TAG are really great. It quickly goes from volunteer work to helping the community with your friends.”

Safe Rides hope to either appeal to the BET during its January committee meeting or receive more private donations in order to continue the program.

Junior League of Greenwich Comes Through for Safe Rides to the Tune of $5,000